Comments:
Our primary concern was determining if the January 29th rain crust had any weak grains
around it. We found it 75 cm below the surface on a SSW aspect at 1800 feet. Got a test result of
ECTX. That crust was a little too large (2-3cm) and had no impermeable nature. The densities on
either side of the crust were consistant and strong. We had no collapse at all during stability tests.
However if we had tested a bit higher we might have seen some more reactivity. We skied a line on
the south face of Pete’s South. Good light and blower snow. We had some sluff to contend with on
the steepest portion of our lines. The storm snow seamed to bond quite well already. 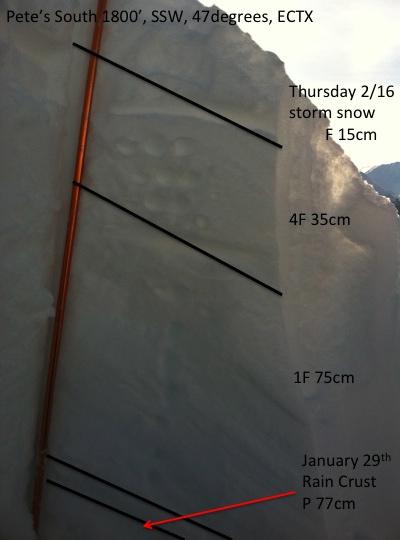 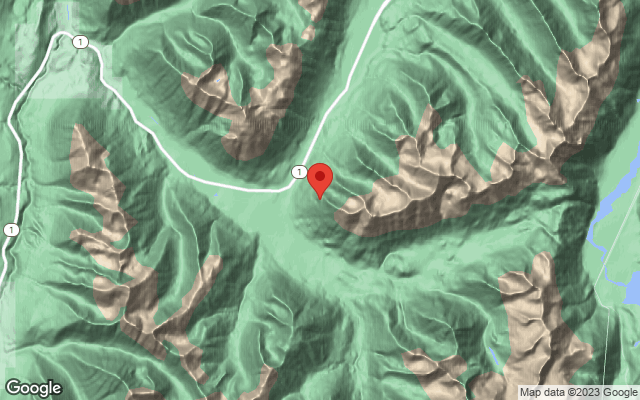