Signs of Instability:
No obvious signs of instability other than intense winds. The
snow surface was slightly wet preventing some of the surface snow from blowing away.

Surface Conditions:
The wind and warm temperatures have turned the surface a bit
spongy. Still decent turns other than the intense wind. We turned back because
the 40-50mph gusts were becoming more bothersome than fun.

Comments Concerns:
At about 1500’ we stopped to dig in where John and Wendy had
previously (two weeks ago) felt a collapse and got spooked. We dug two pits on a
south east facing, 27 degree slope. We performed two ECT’s and got an ECTX and
an ECTP19 75cm below the surface. It propagated on the weaker(4f) melt/freeze
crust from the either the 23rd or the 26th. Winds slabs were probably developing
throughout the day today, but the wind is welcomed at the beginning of this
storm to hopefully knock down any isolated pockets of surface hoar that may have
developed during clear, cold nights around the 1st and 2nd of March. 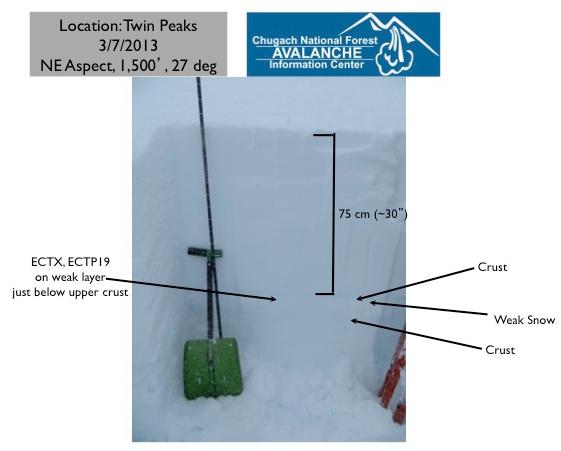 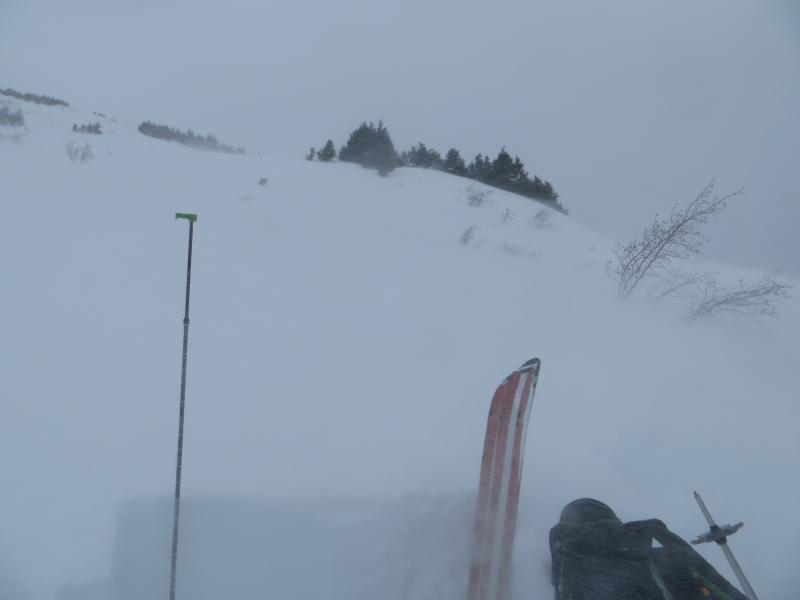 High winds at the leading edge of a storm