Weather:
Intermittent light snowfall during day. Low clouds, ceiling around 4,000′. Light Easterly breeze on ridge and temperatures in the mid 20’s at 3,000′ and 45F at the parking lot at 500′.

Signs of instability:
Recent warming. Snow surface becoming damp and at elevations below 1,500′ soggy and unsupportable.

Snow surface conditions:
1cm (<.5 inch) of new snow.
The surface is quite variable, from soft damp snow on northerly aspects to hard but softening crusts on southerly aspects. Unsupportable wet snow was observed below 1,500′. The cloud cover and warming temperatures have really softened and melted the surface. This is a good sign for bonding with any additional snow.

Snowpack obs:
The pack still has poor structure, is old and tired, and adjusted to its current state. However, we were able to get one noteworthy result on an ECT test – this was an ECTP 30+ (boot hard) 80cm down in a small layer of rounding facets between crusts. This layer looked to be part of the early February snow and sat about 20cm’s under the March slab. The pit was dug on a 45 degree NE facing slope at 3,500′. 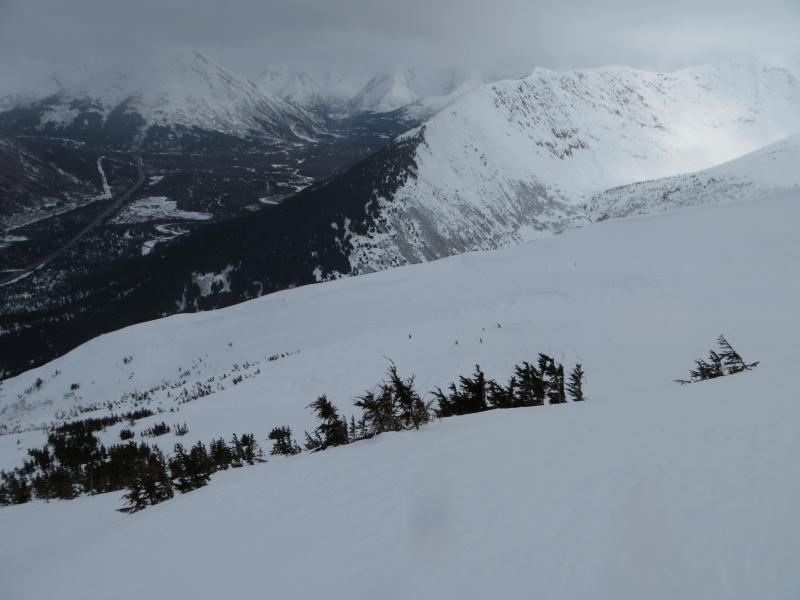 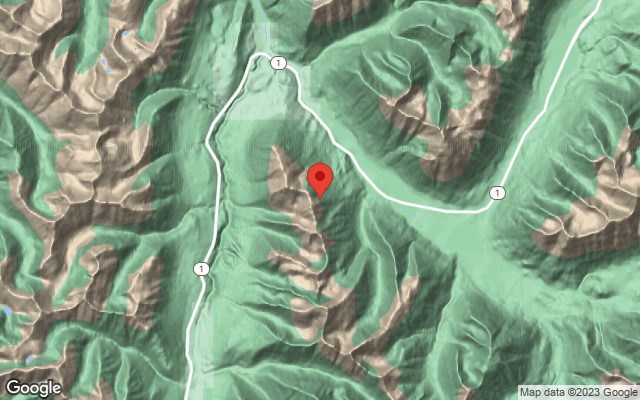