Skinned up the Eastern face of Twin Peaks to treeline ~2800′.

Broken to overcast skies
-7F at the car at 10am and 12F when we returned at 3pm
Calm winds
Light precip, no noticeable accumulation

Old avalanche debris was seen in the prominent gully between the two twin peaks on East aspect. It was covered with new snow likely from New Years and ran to around 2000'.

The height of snow at 2000' on ENE aspect varied from 90cm to 120cm. We dug two pits side by side and found similar structure. The weak layer was ~40cm below the surface, on decomposing fragments on a 1/2 step density change. One small 2mm piece of buried surface hoar was found on this layer, but couldn't find anymore. Compression tests failed with Moderate force with a clean sheer Q1. Extended Column tests did not propagate. There was a crust near the ground with moist rounding facets in one pit and moist crust in the other. No test results on basal layers.

The height of snow at 2800' NE aspect varied from 100cm to 170cm. We dug two pits near each other. One pit in a deep area (160cm) and the other in a shallow area (100cm.) Several weak layers were found in the top 45cm of the snowpack, on density changes between 1F and Pencil hard decomposing fragments. Compression tests failed with moderate to strong force on several of these density changes and Extended Column tests did not propagate, but failed under the blade similar to CT's.

*We did notice that the decomposing fragments in both locations were starting to form edges (slight faceting), and were .25-.5mm in size. 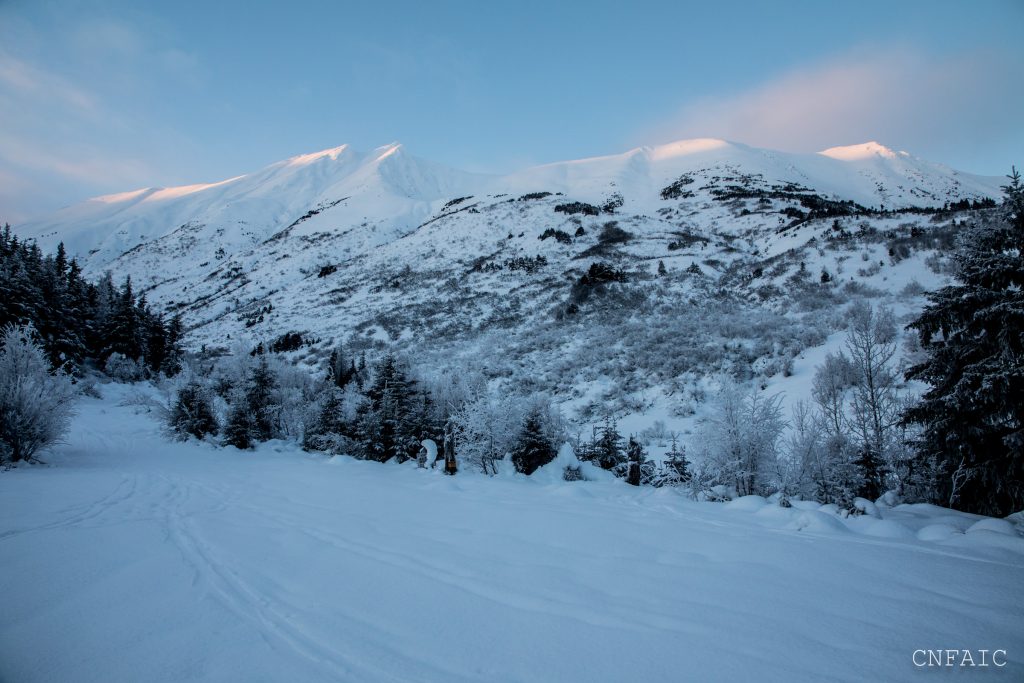 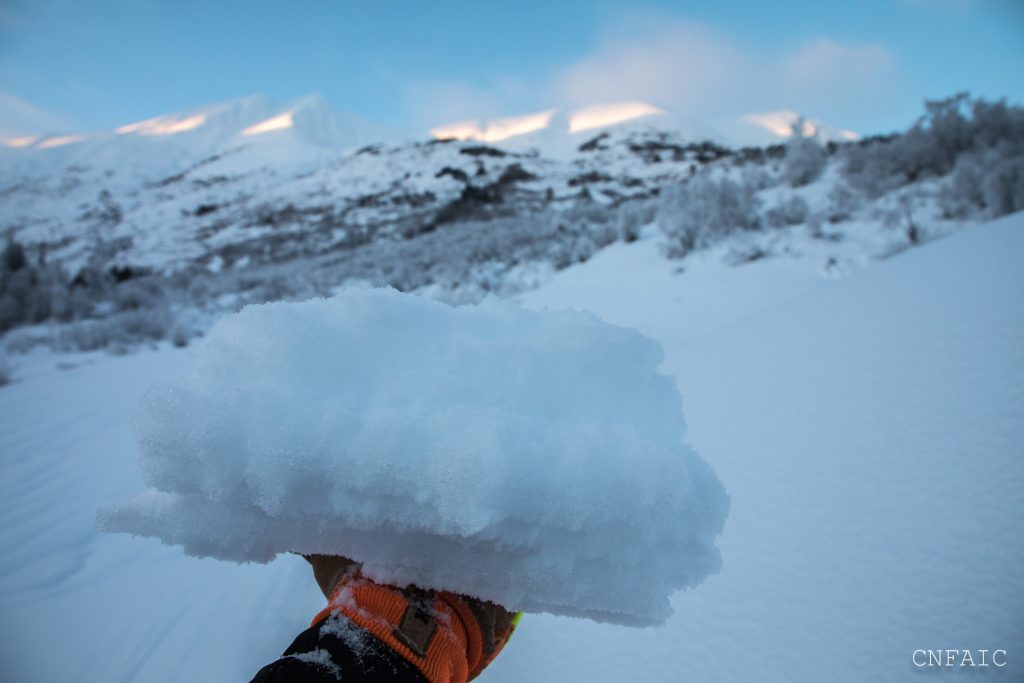 A mess of suportable crusts at 800' 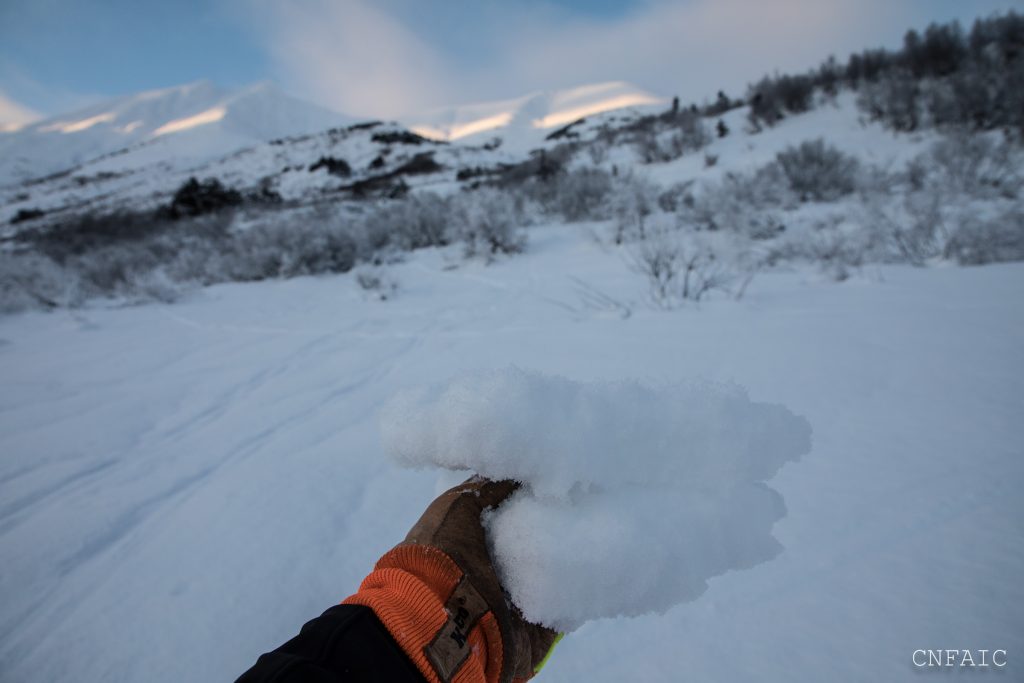 Two crusts with 1cm of loose snow between were found at 1100'. 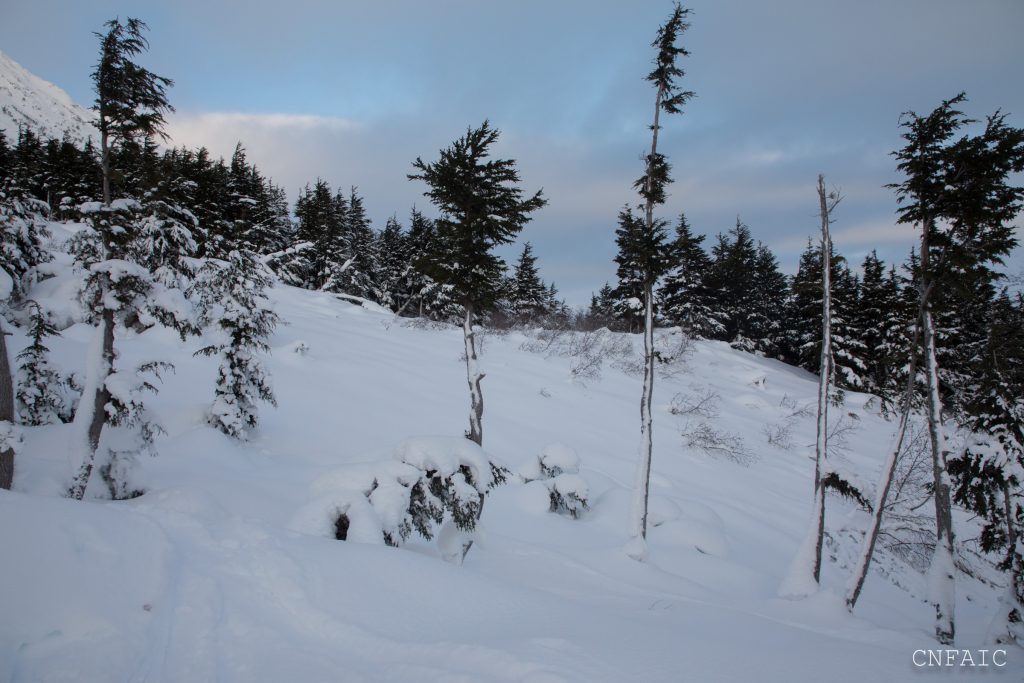 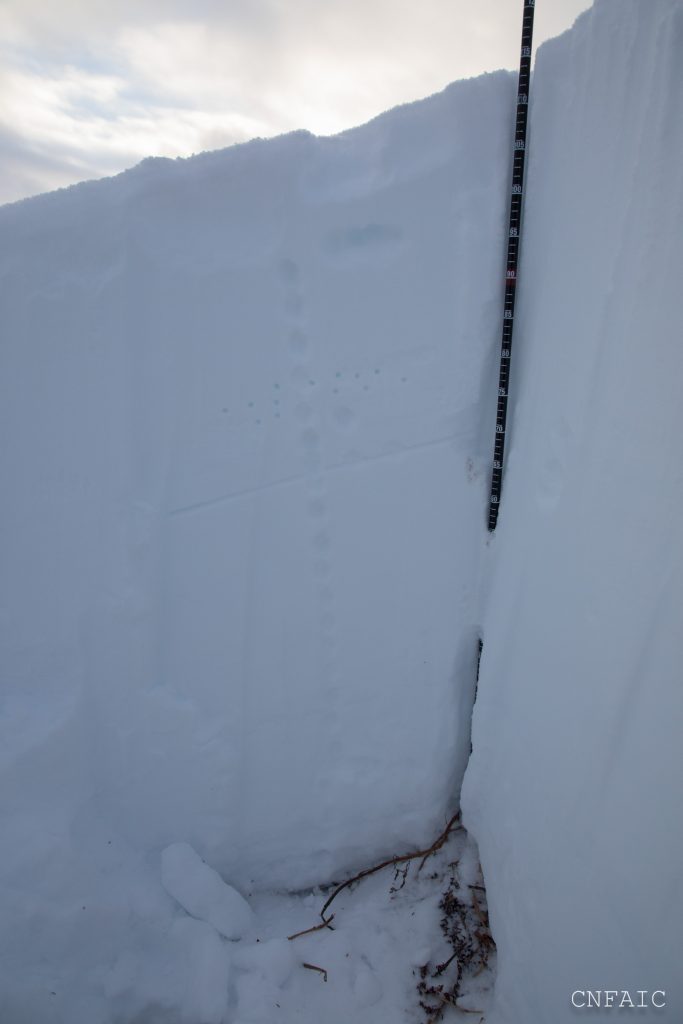 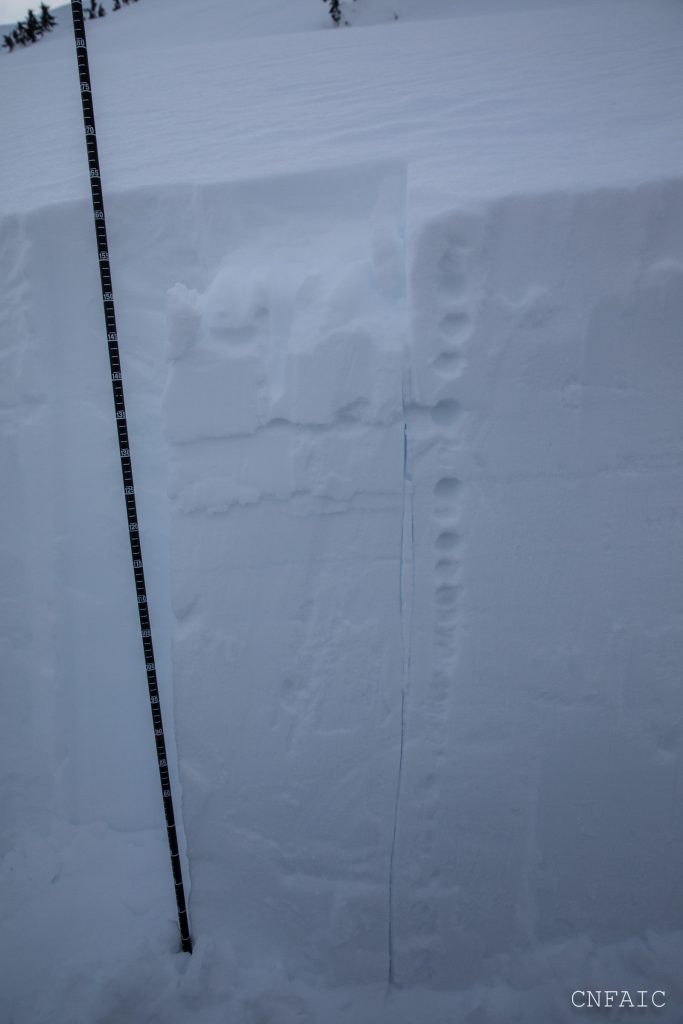 Pit at 2800' on NE aspect - showing the density changes within the top 45cm of the snowpack. 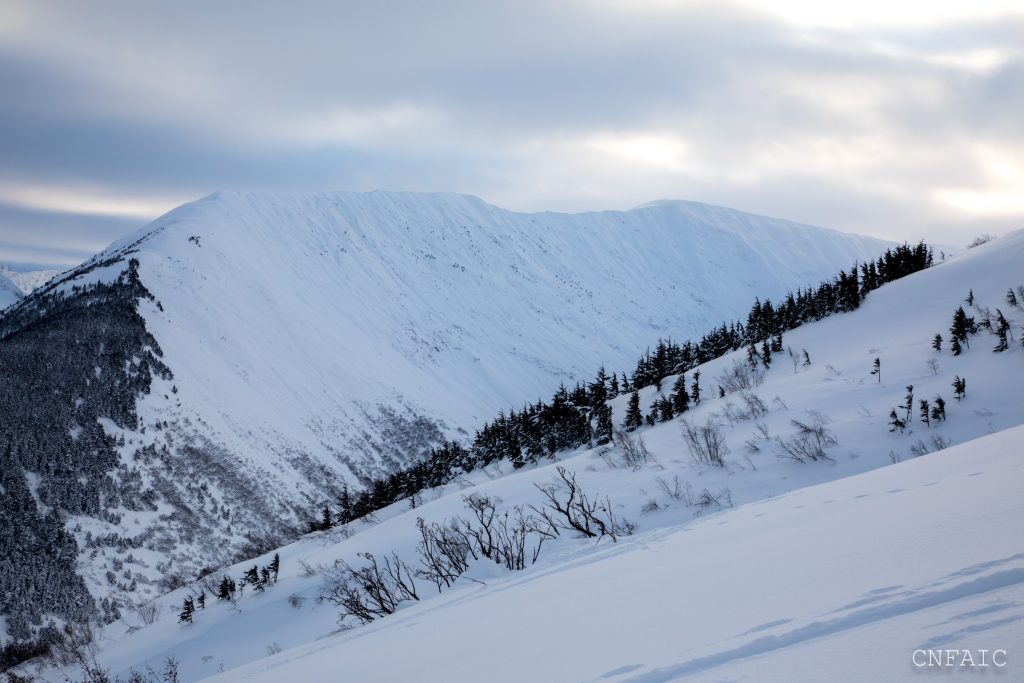 View looking at the South facing terrain above Silvertip Creek 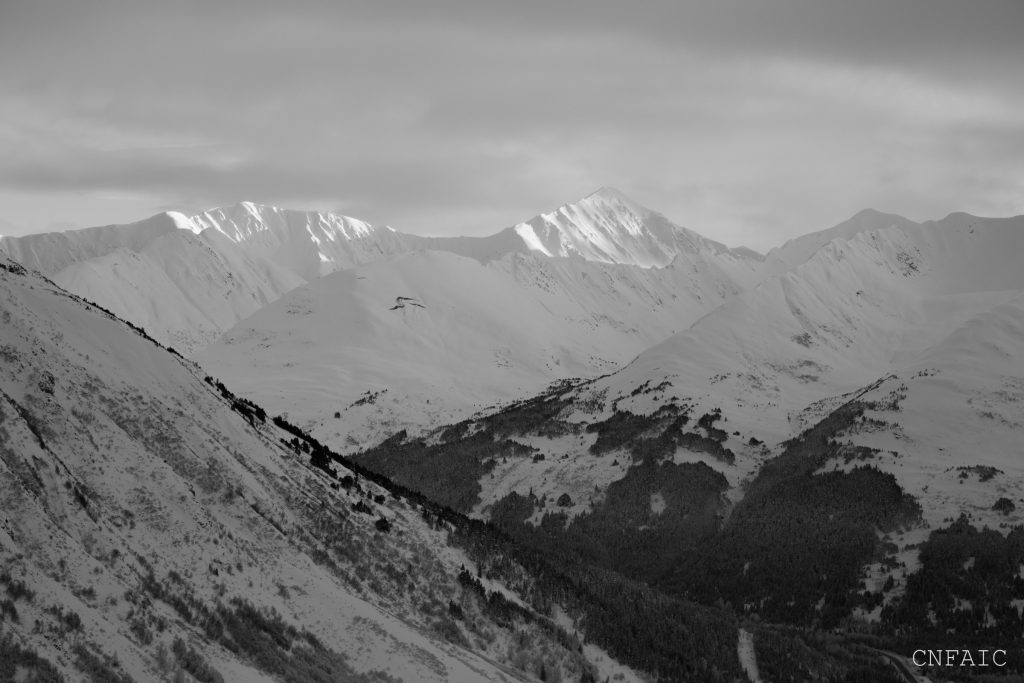 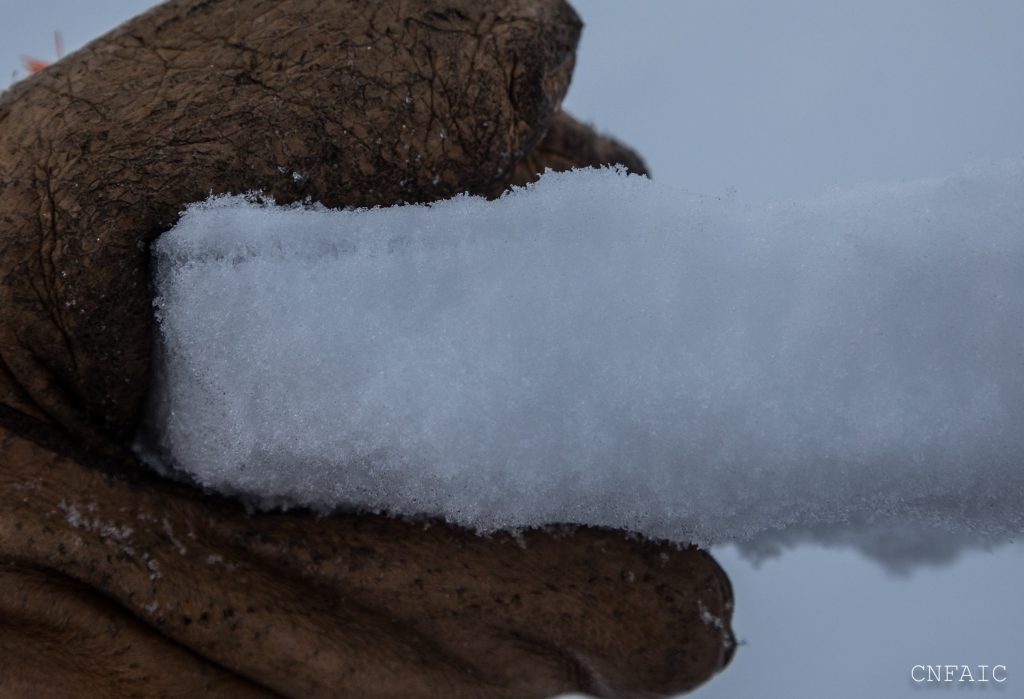 This is a picture of buried surface hoar with a thin rime crust on top. This was found at 2800' with wind hardened snow above and below it. 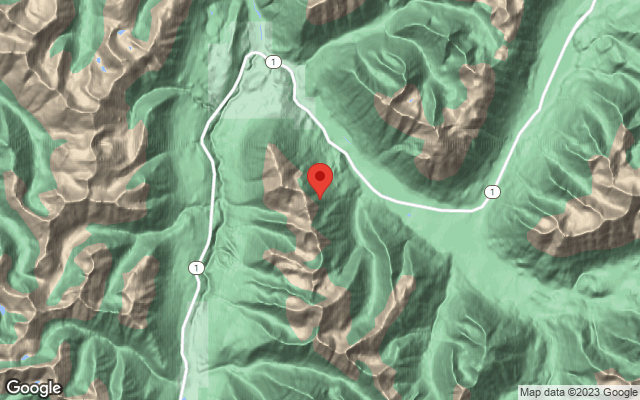