Toured up in the direction of twin lakes to check out how the new snow was bonding. We decided that white out conditions, and obvious storm slab instability were good reasons to not travel too high into the bowl. During the tour there were lots of shooting cracks, and even a small release. Ski conditions were a combination of powder on crust, crust, and wind board.

Shooting cracks the length of a 115 cm ski pole observed throughout the tour. They were more frequent in areas with wind loaded snow such as on wind features, next to ridges, and cross loaded gullies.

-Obscure visibility made it challenging to see surrounding terrain, and flat light made for difficult skiing conditions.
- S1 throughout the tour
- Light winds from the SE
- Cooler temperatures

-Wind was clearly moving the new dry snow.
-Some SE features were scoured down to the melt freeze crust from yesterday.
-Many areas were wind loaded with the slab being ~18 cm thick in some areas.
-The majority of skiing was a `~8 cm layer of new snow on top of the melt freeze crust. 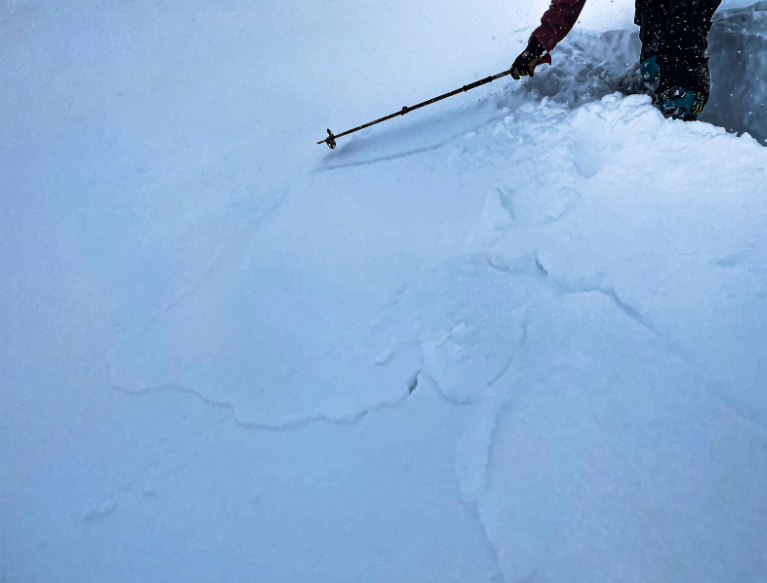 Shooting crack the length of a ski pole 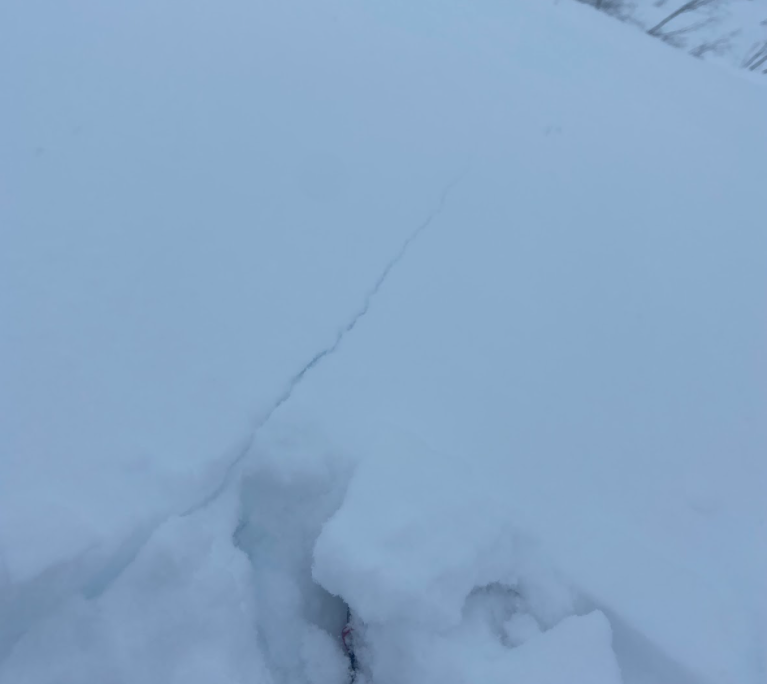 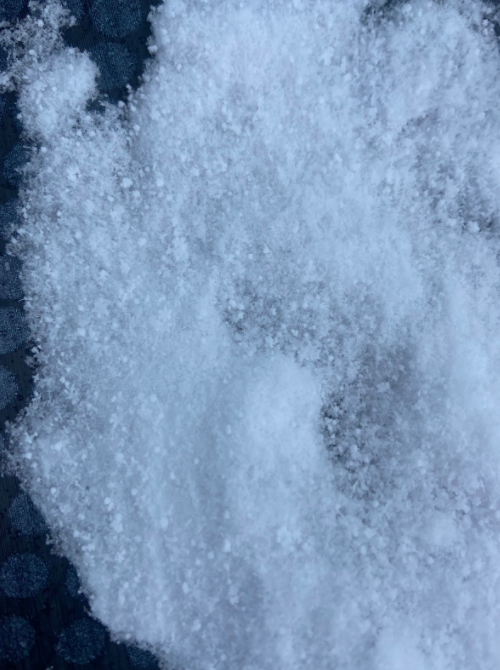 Rhymed snowflakes I noticed on my ski 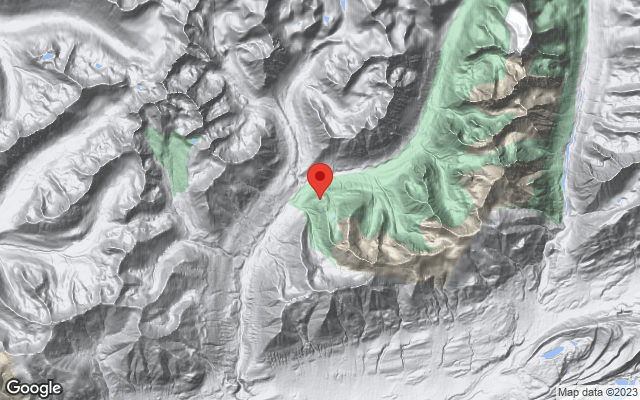