Entered Triangle Bowl through Seattle Creek basin, broke trail into Seattle
Creek with 4-6 inches of fresh snow throughout the basin.. No early signs of
slide activity in the basin itself as we entered it around noon.

By 1 pm the sun had been hitting most of the area which then softened most all
SW facing hillsides.. Once in Upper Triangle bowl we noticed 3-4 day old slabs
from smaller slides. Entered Triangle Bowl without difficulty from basin, and headed
toward the furthest point inward. While attempting to side hill climb out of
Triangle Bowl to the top of Triangle/Bermuda peak I was unsuccessful in my
attempt therefore I turned off my path and headed down the face. While turning
down, the face held until I hit a wind lip at the bottom of the hill at which
point the entire face slid.. My belief is that the wind lip being 5ft deep was
holding the hill together, by me hitting it that’s why the slide occurred. There
had been a group of 6-8 people observing this all from the summit of
Triangle/Bermuda peak as well as the two others in my riding party..

Forecaster notes:
The initial weak layer was likely within the top 1-2 feet. This likely stepped down to the faceted layer between the Jan crust and the Feb snow, as the party reported crust in parts of the bed surface. High winds contributed to this slope becoming ripe for triggering. Forecasters were riding near this terrain and experienced high winds all day (see 2-23 obs & video for more)
-Fitzgerald 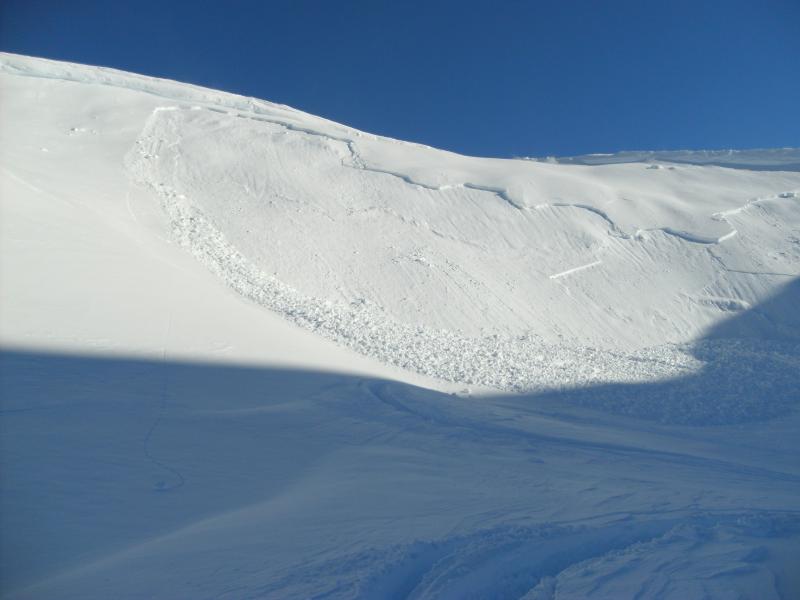 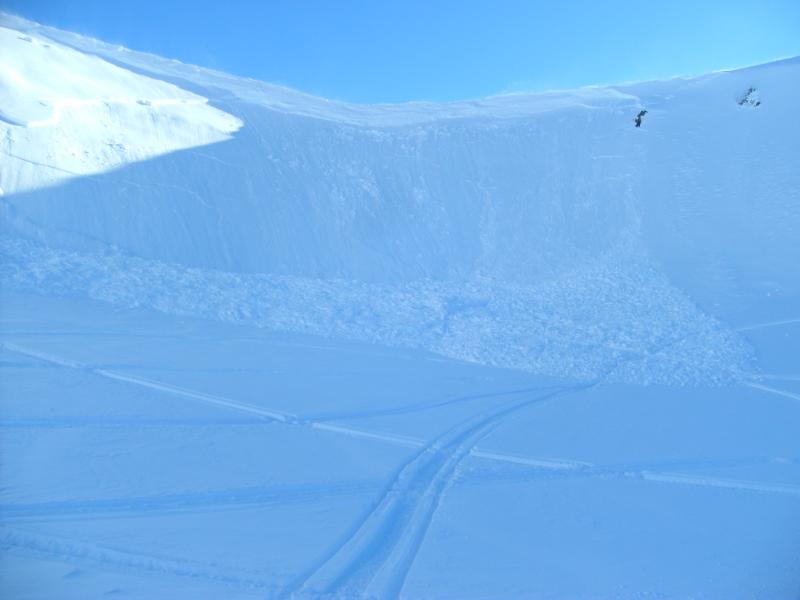 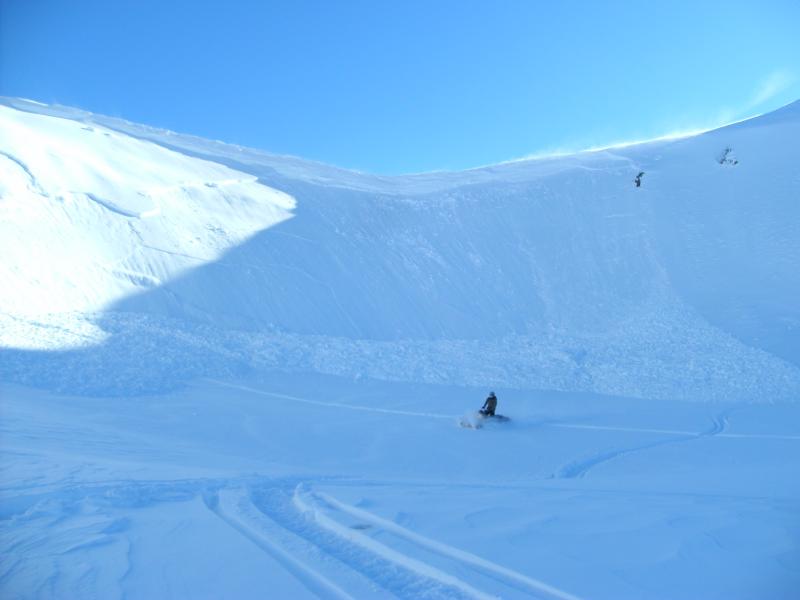 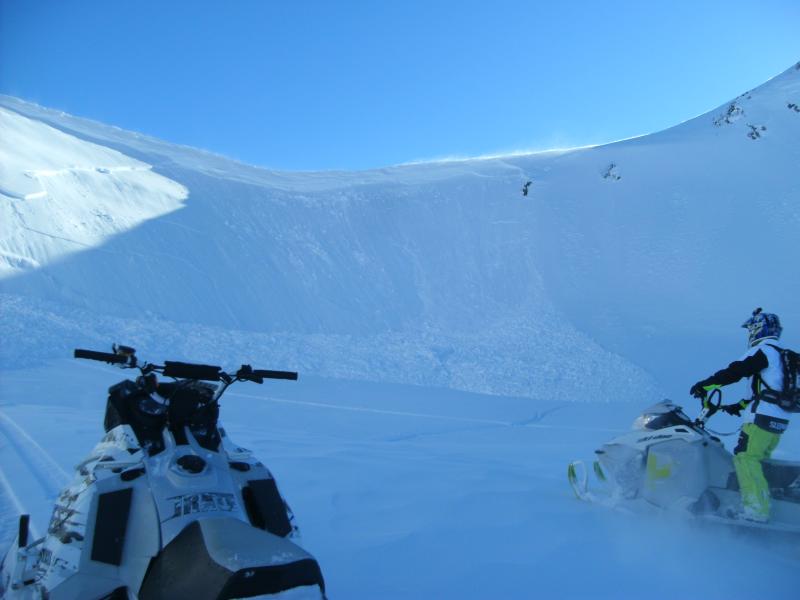 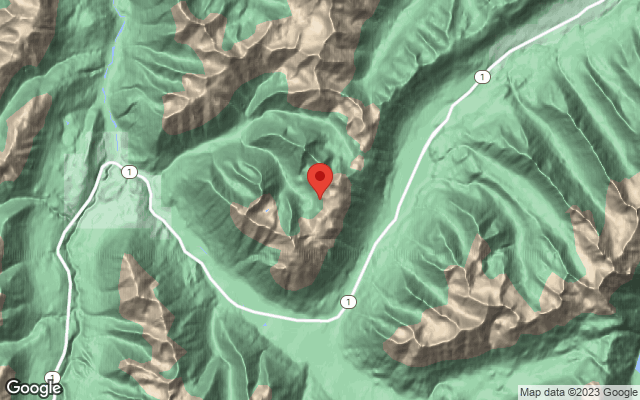