Route: From Sunburst pullout, up to 2700′ in elevation on Sunburst, via a generally west facing slope
and ridge. Back via our uptrack.

Weather: Temperature in the high 30s at the road, cooling as elevation was gained. Light occasional
precipitation throughout the day, with the rain at lower elevations turning to snow around 1700′. Winds
generally from the North or North East; these winds were light at the road, but highly variable in
intensity on the ridge, increasing to a steady 10-15 mph and occasionally gusting to 50mph on the
ridge.

Snowpack: As pictured below, snowline is now around 1700′ along the pass, with several inches of wet
snow present at that elevation. This increased to ~1′ of snow near 2000′, transitioning from wet to
moist, with 6-8″ of .5mm decomposing fragments sitting on top of 4-6″ of 1-2mm rounded
polycrystals. Above 2000′ the snowpack generally increased in depth but was highly variable, the result
of previous and still occurring wind transport of yesterday’s new snow. Illustrating this, at 2700′ on the
ridge, surface conditions ranged from an exposed rain crust to newly deposited 3′ thick wind slabs.

Instability: Turbulent suspension of yesterday’s snow was occurring above treeline, with occasional
large plumes visible off Magnum and Sunburst ridges throughout the day. New cornices were forming
over SW aspects; these would break under skier weight, but cracks were short, barely extending past the
end of skis.

Wind slabs were building quickly given the blowing snow. An Extended Column Test was performed at
2700′ on a SW aspect in a 16-18″ Fist to 4 finger slab sitting on top of a pencil hard rain crust; ECTN11(BRK)
in the middle of the new slab, with no result after 30 taps at the slab/rain crust interface.

Rollerballs were present, as pictured, near 2000′ 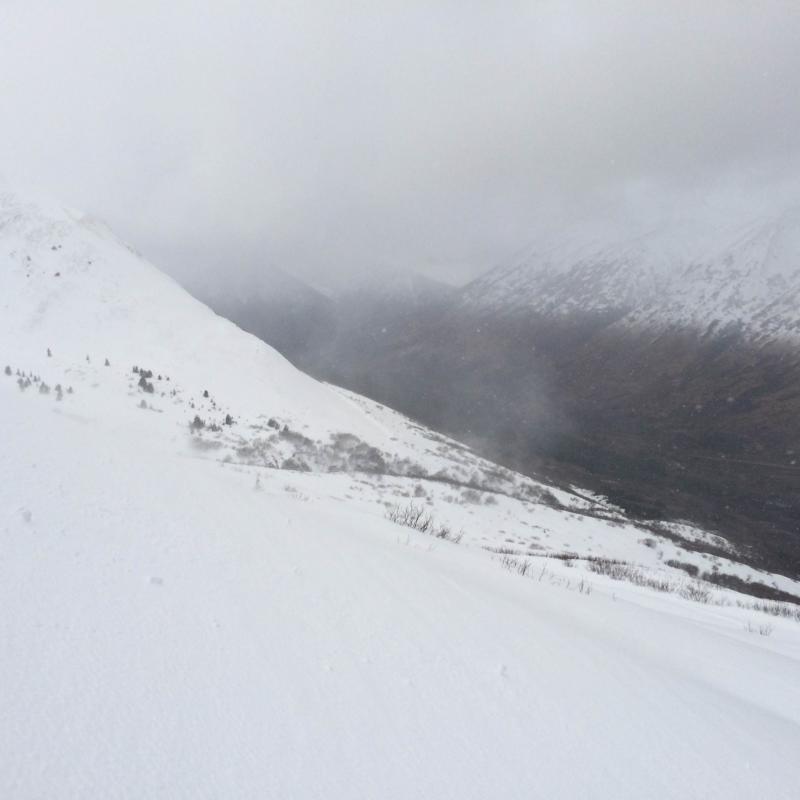 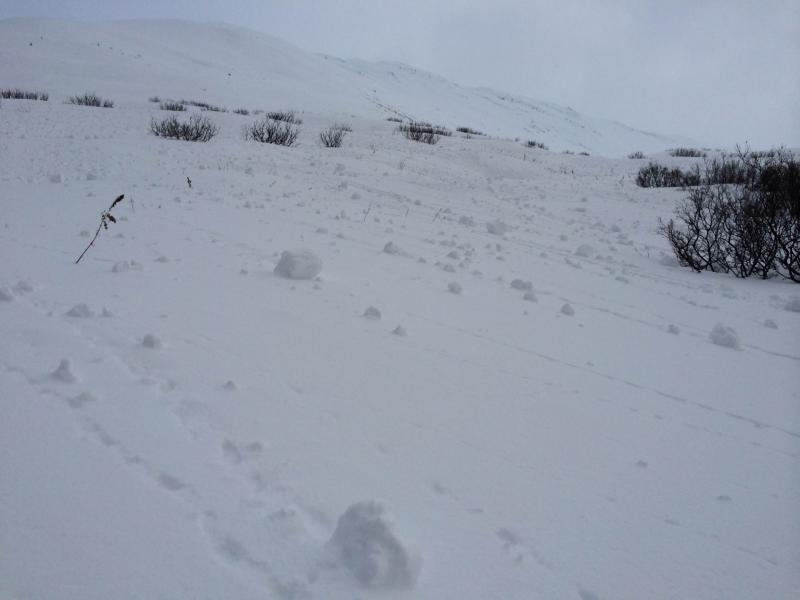 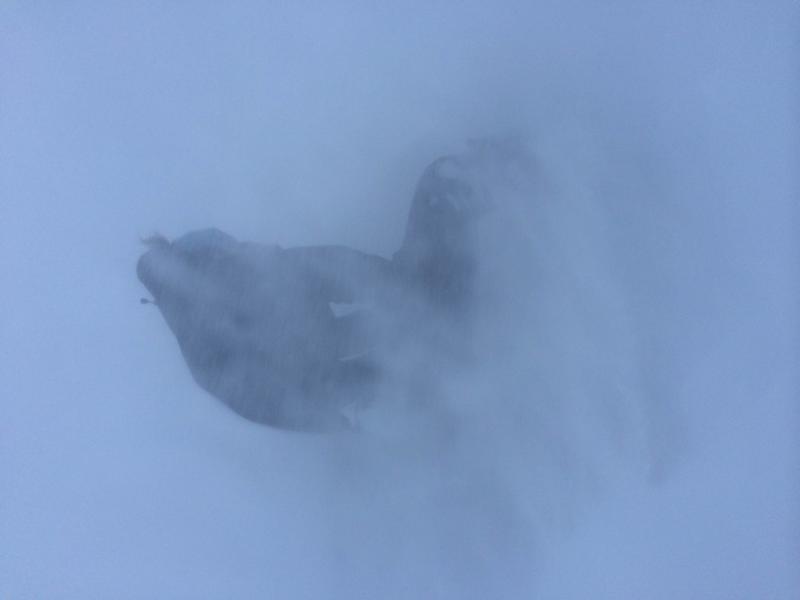 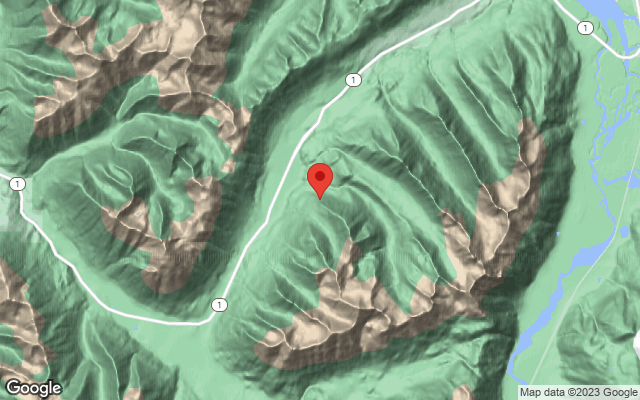