Snowmobile triggered avalanches on Thursday, early afternoon. Both slide were
on west facing slopes. Both slides triggered after riding by the areas that
slid, and were slow moving slides.

Slide below Seattle Ridge ran about 400 feet and was about 200 wide fracture
area. It appeared to be a wind loaded slide on a very weak layer.

Other slide on the north side of bowl ran between 400 and 600 feet, fracture
line about 400 feet long. Wind loaded slope on very weak layer. 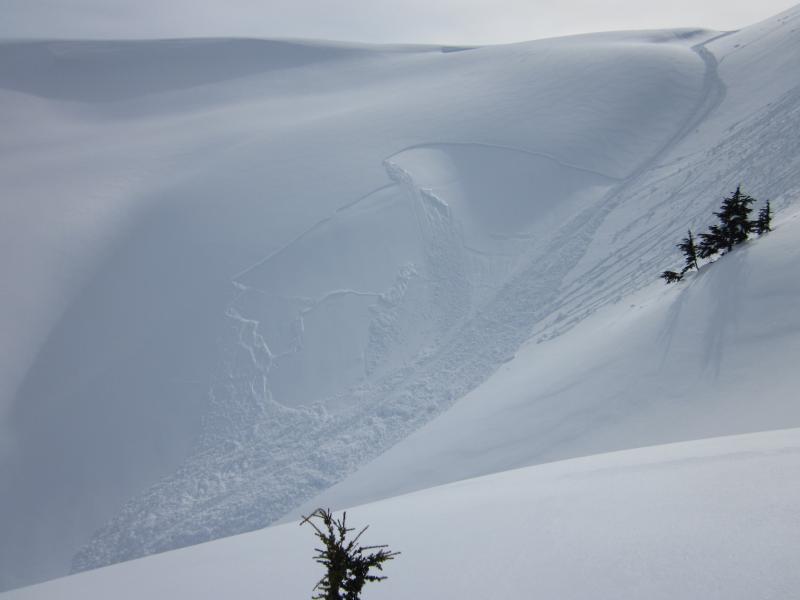 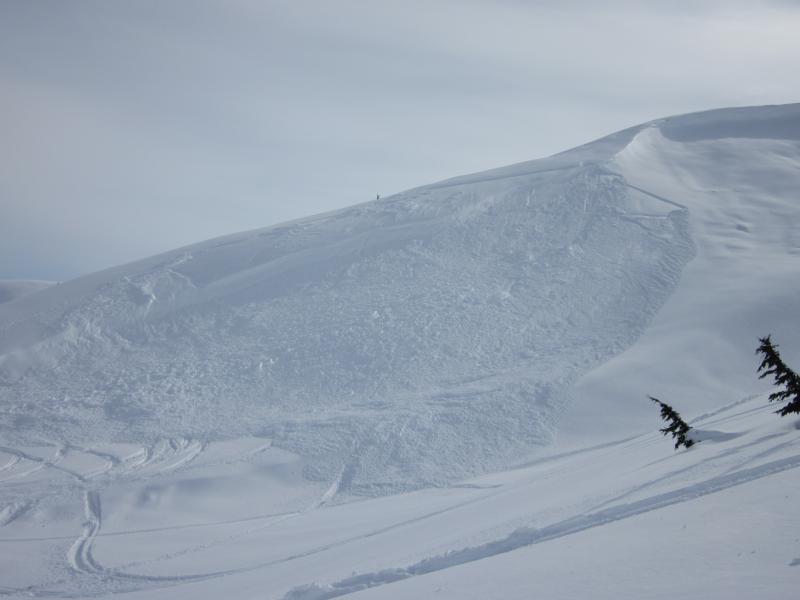 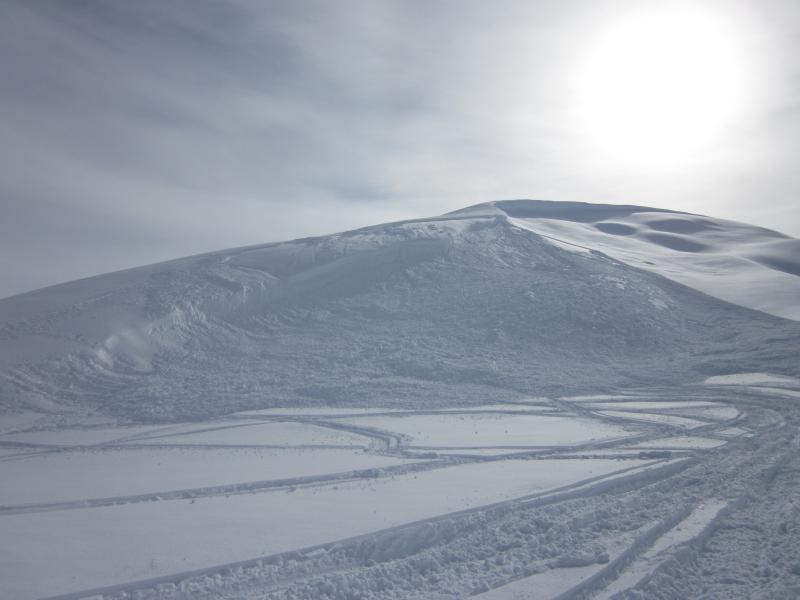 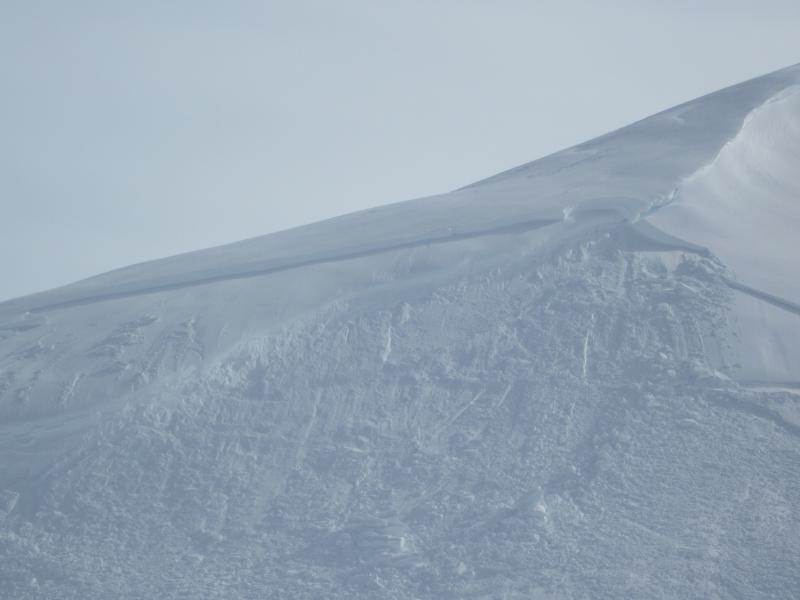 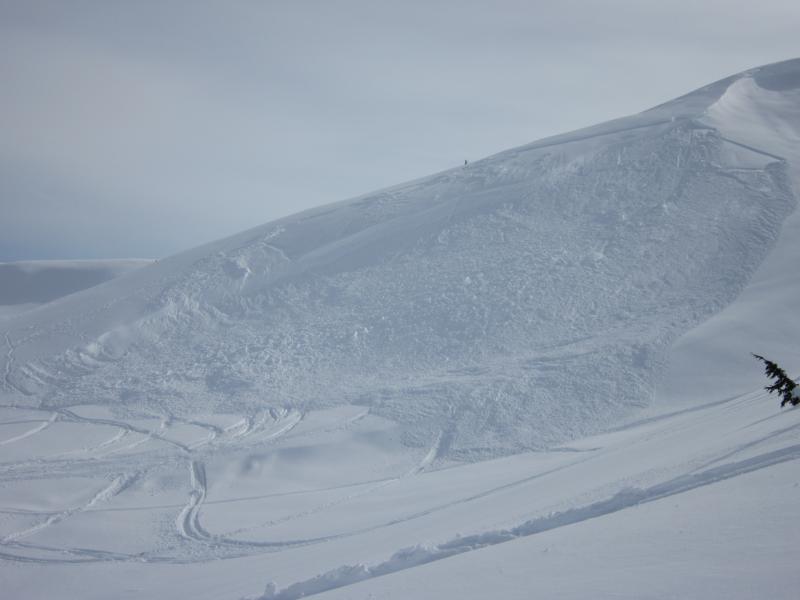 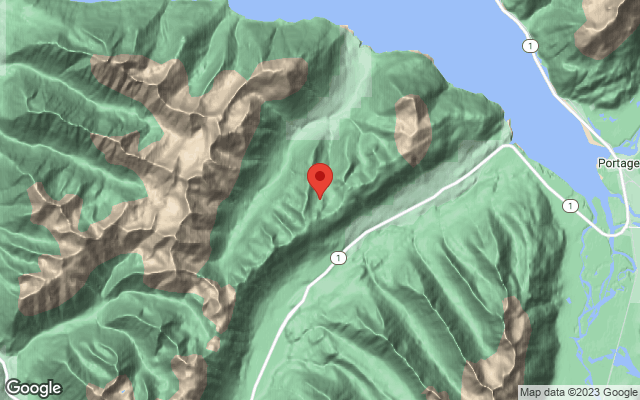