Several photos of tracks and wind effect from the last two days along Turnagain Pass.

Report from a group of riders that rode back into Seattle Creek: Winds have done quite a bit of damage to the upper elevations. Wind crust up to 4″ thick exists but no wind slabs were encountered, mostly wind crusts along with scoured zones/slopes. Mid and lower elevations still reported to harbor soft snow. One small natural wind slab (~60′ wide in steep rocky terrain) seen that likely released from winds yesterday. 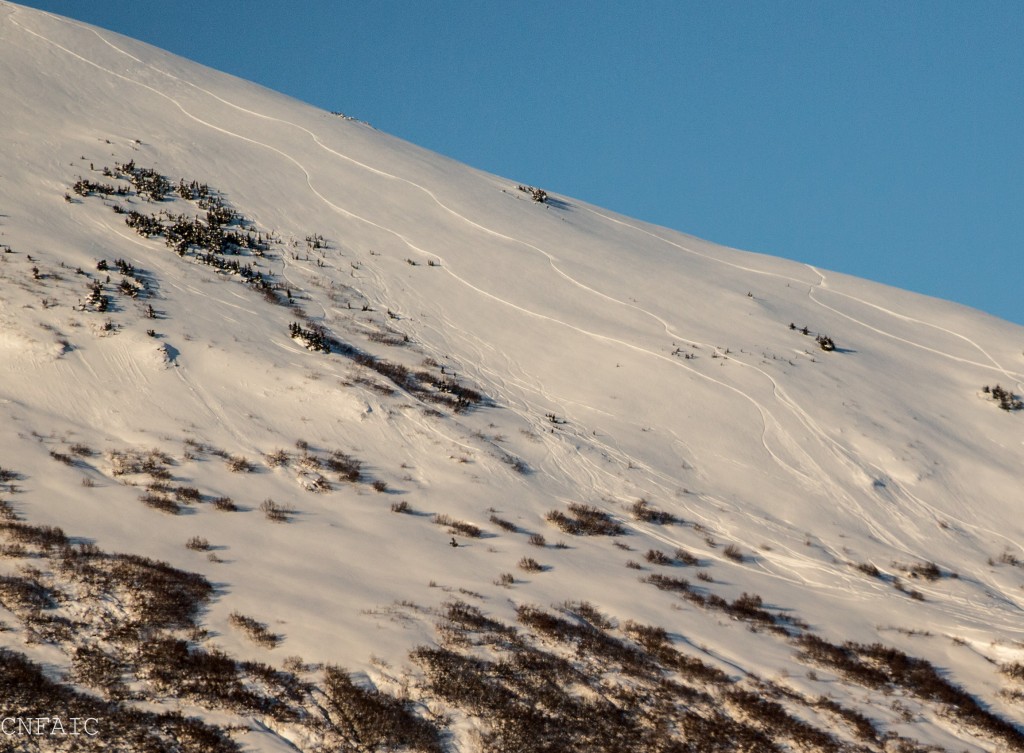 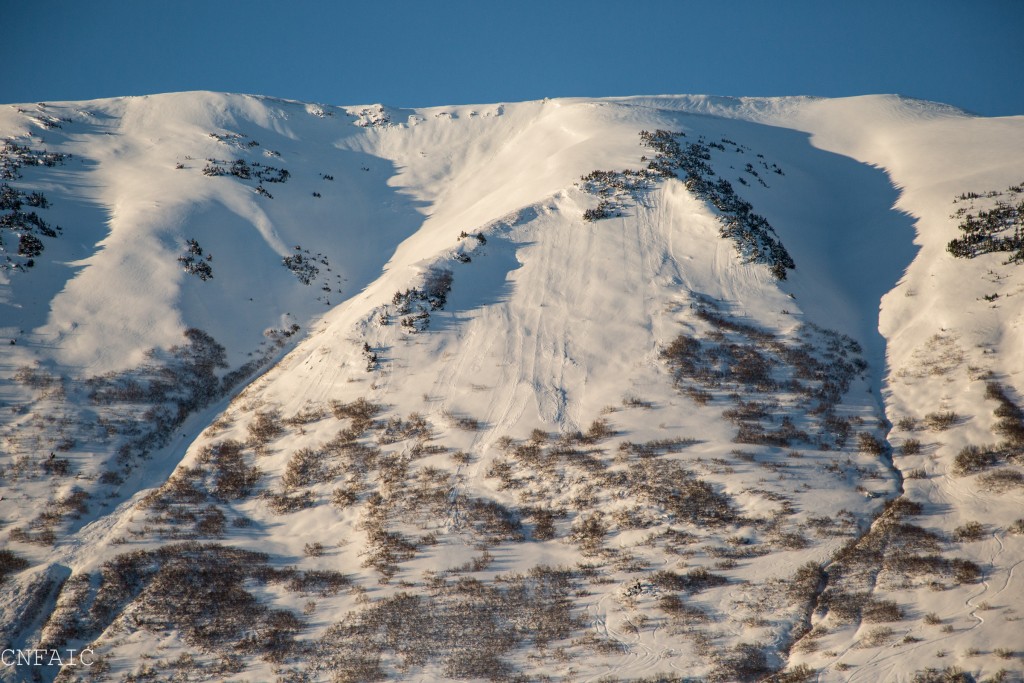 Seattle Ridge, across from the motorized parking lot 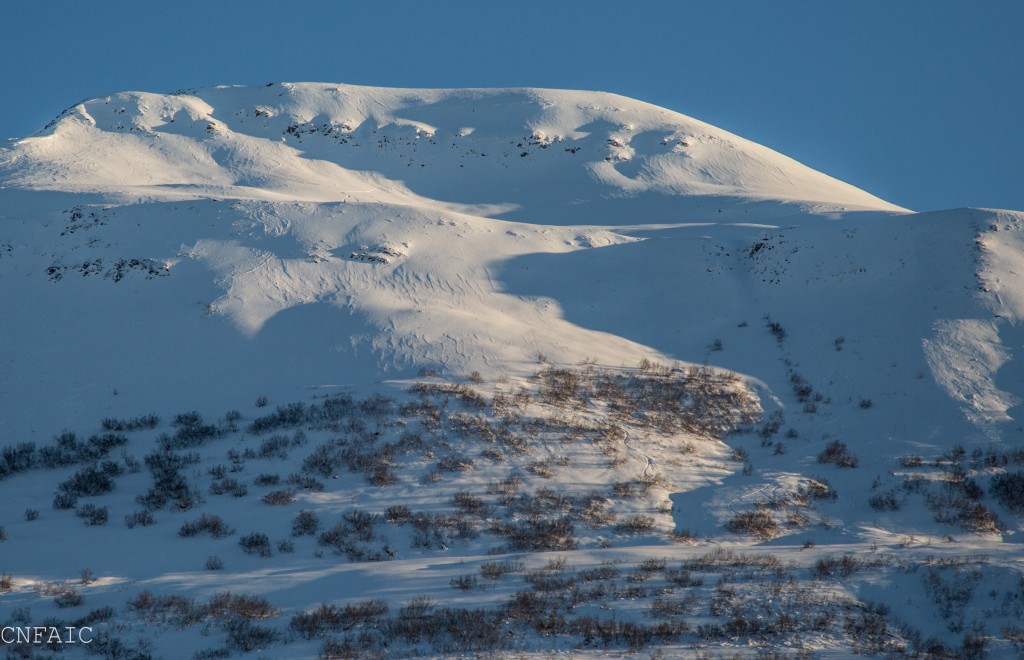 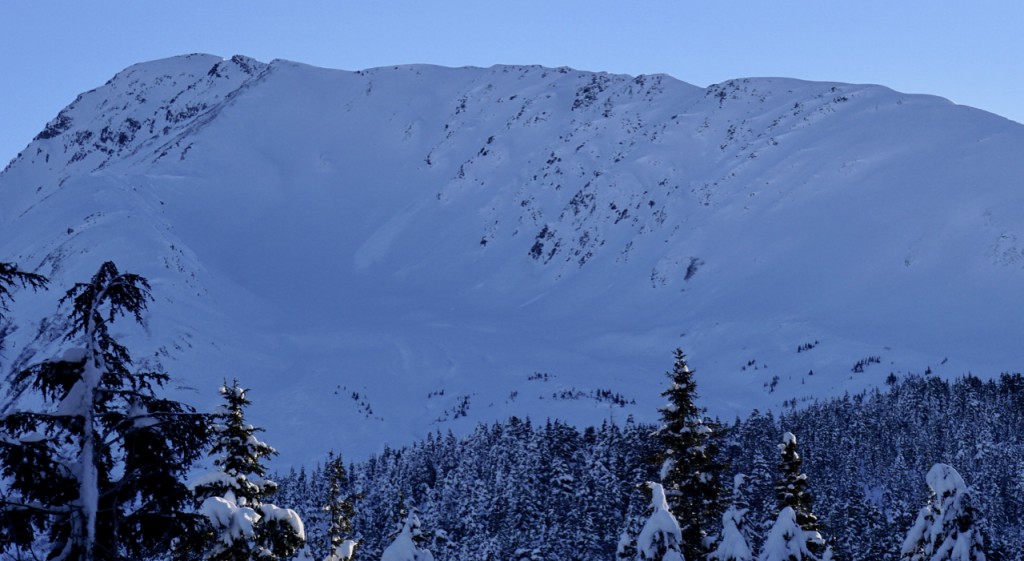 Todd's Bowl on the North aspect of Tincan