Drove through Turnagain Pass to the N. Johnson Pass trail head. Visibility was limited to about 1500′. Could not distinguish new/old avalanche debris in steep channeled terrain along the East facing terrain of Seattle Ridge. There was 12″ of new wet heavy snow in both parking lots (motorized and non-motorized.) After talking with several groups of skiers and snowmachiners, rain/snow line had fluctuated between 1300′-1500′ throughout the afternoon. There were several reports of localized “wumpfing” and a group of snowmachiners in Johnson Pass reported hearing avalanche activity, but stayed away from avalanche terrain.

Along the Seward Hwy and Portage Valley Road – most steep drainages were full of debris, but wasn’t able to distinguish new/old debris from February 21st storm.

-Small wet loose point releases were visible below 1000' where it has been mostly raining.
-Heavy rain and snowfall combined with active wind loading throughout the day.
***Reports of localized 'wumpfing' below treeline and a group heard avalanche activity in the Johnson Pass area. 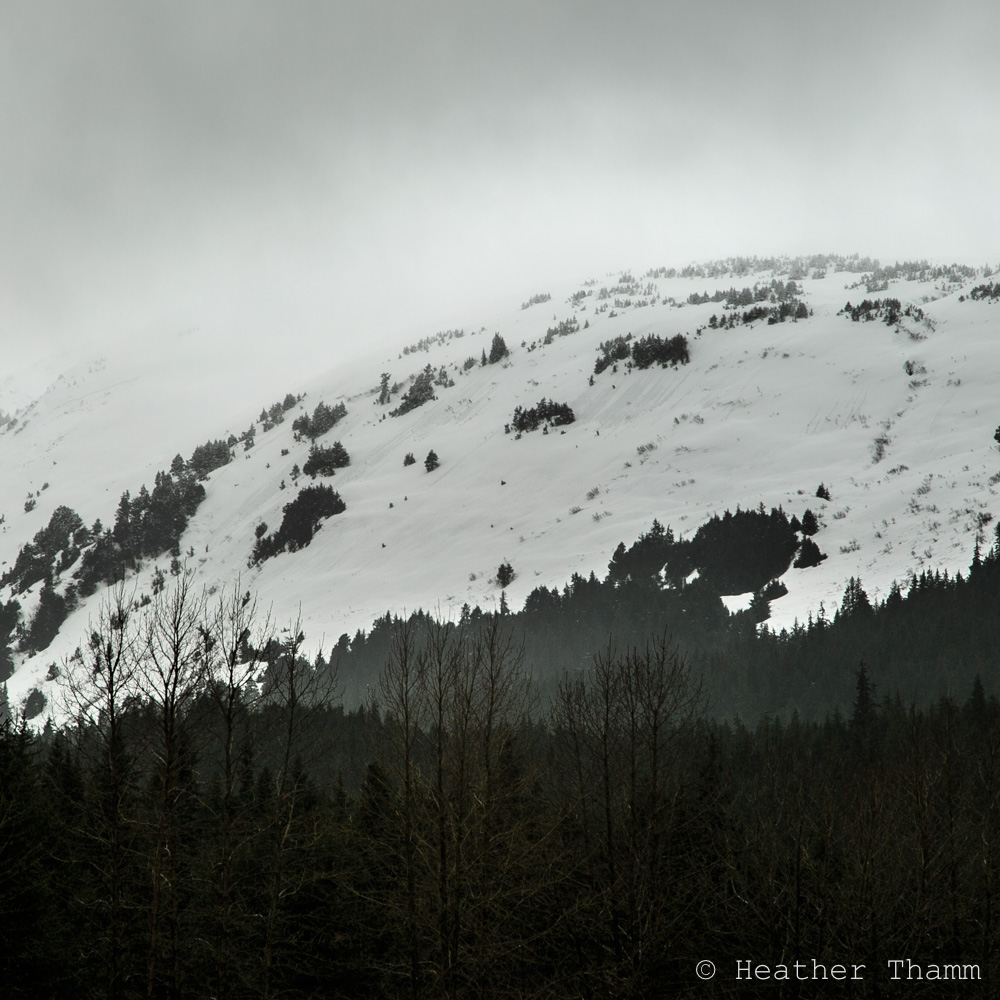 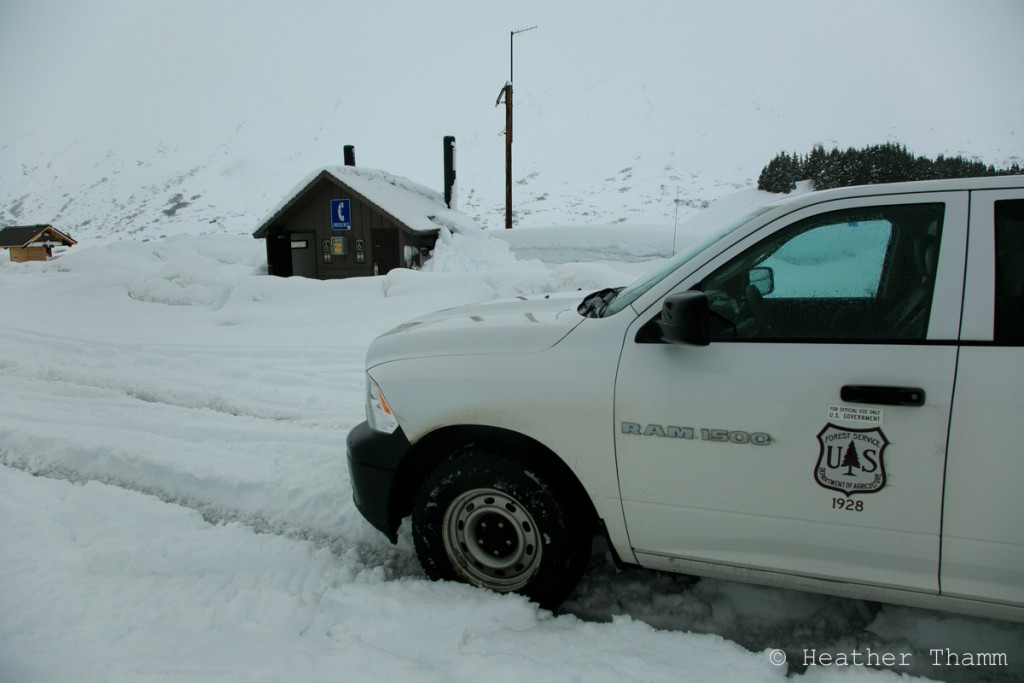 12" of wet saturated snow at the motorized lot 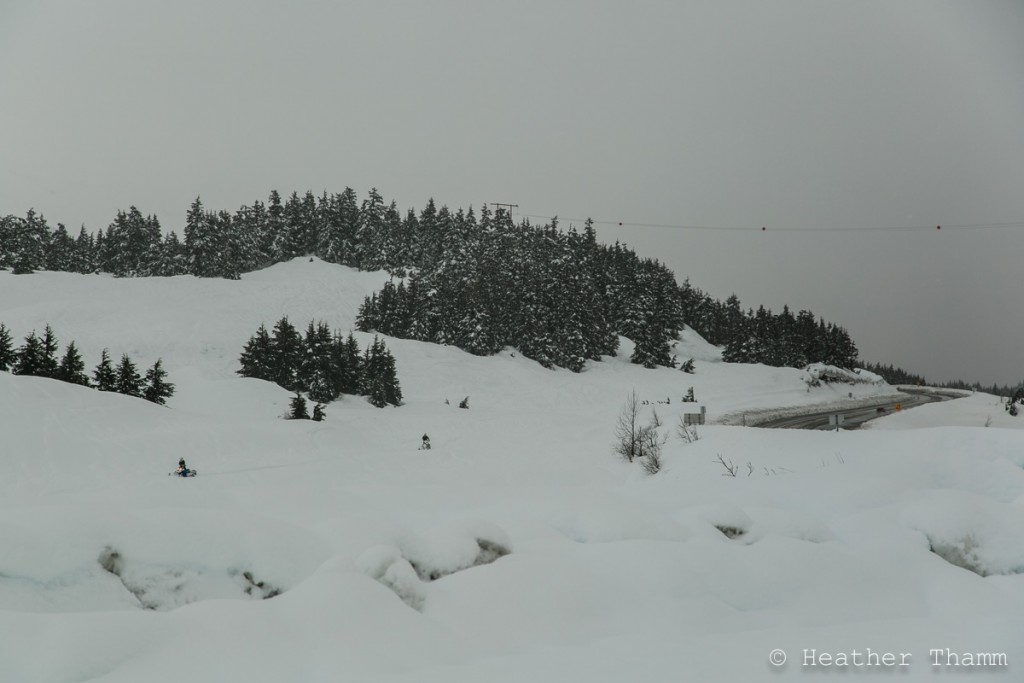 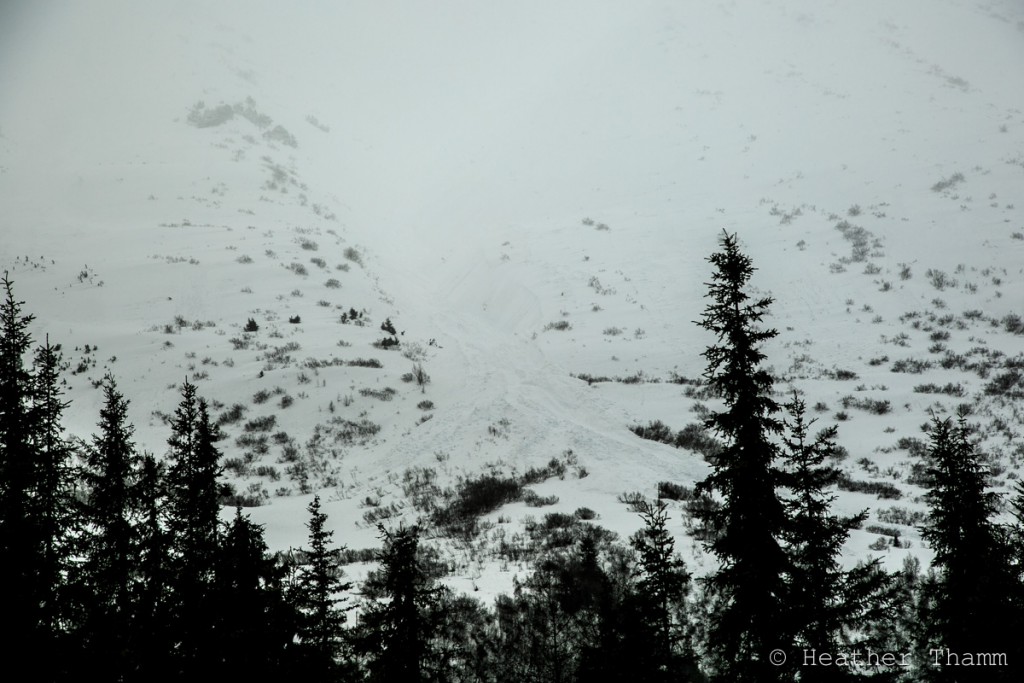 Lots of debris in steep channeled terrain along Seattle Ridge, but visibility did not allow a good look at how recent the debris was. 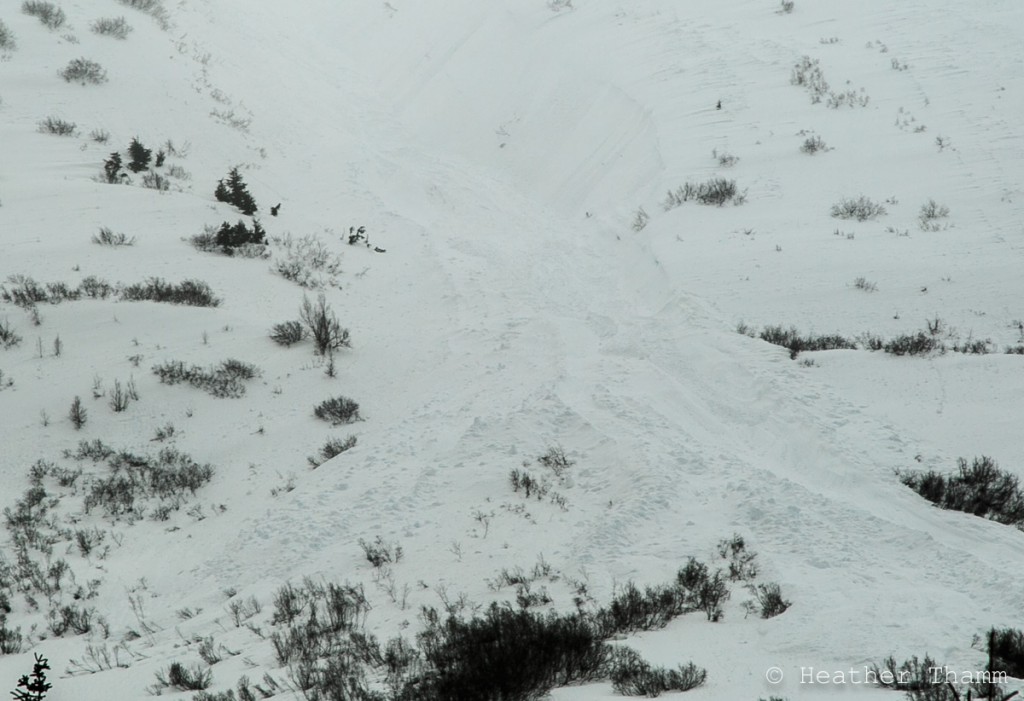 A closer look at this debris reveals new snow covering it, this avalanche most likely occurred during the Feb.21 storm. 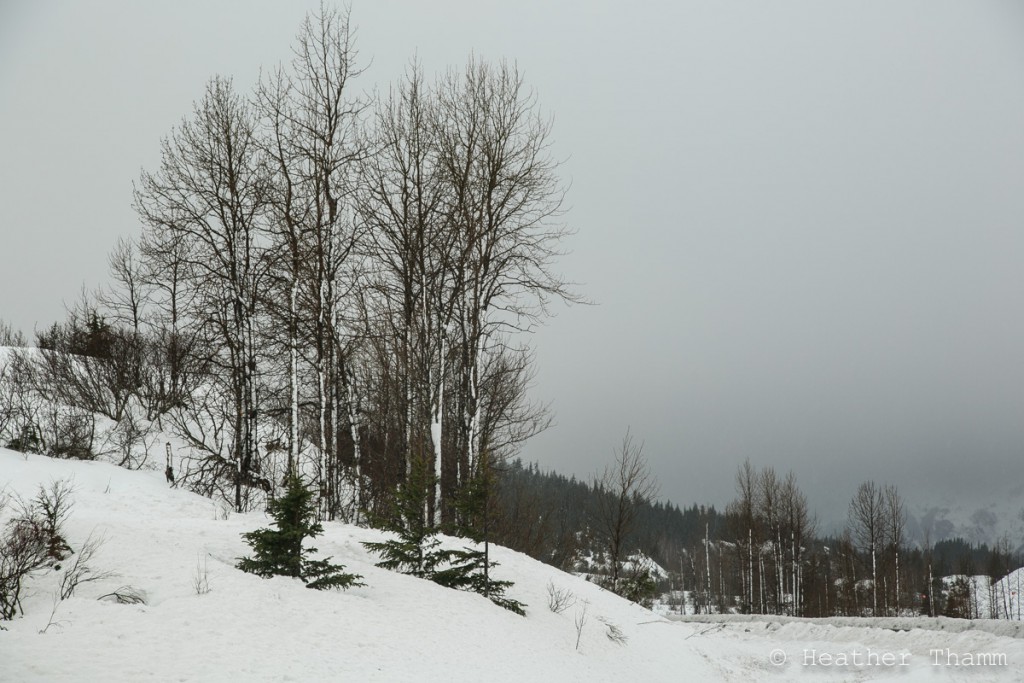 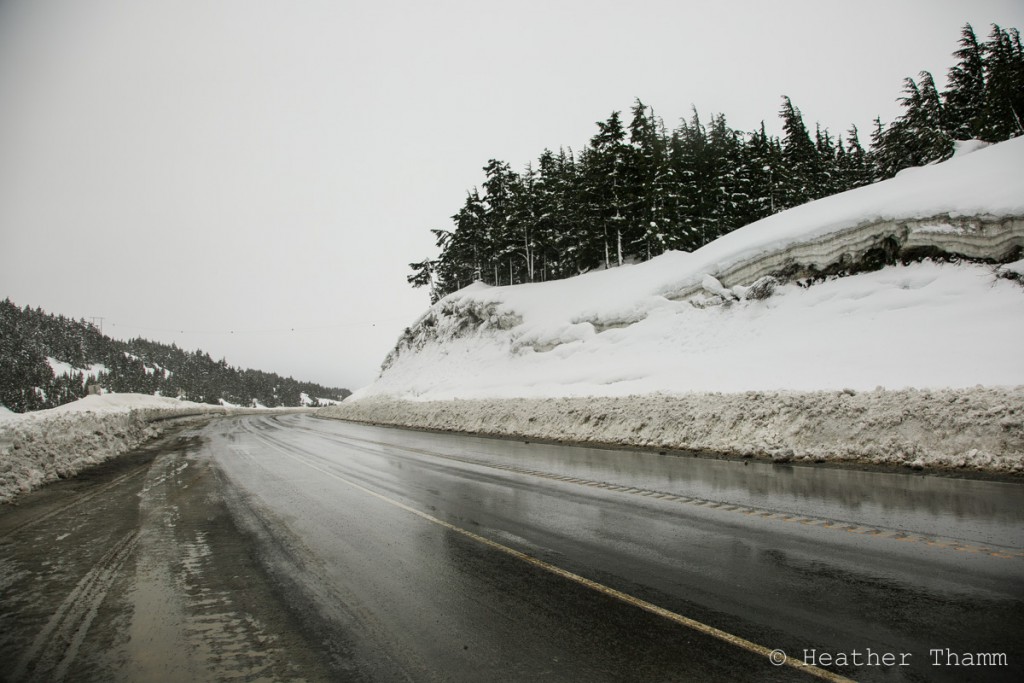 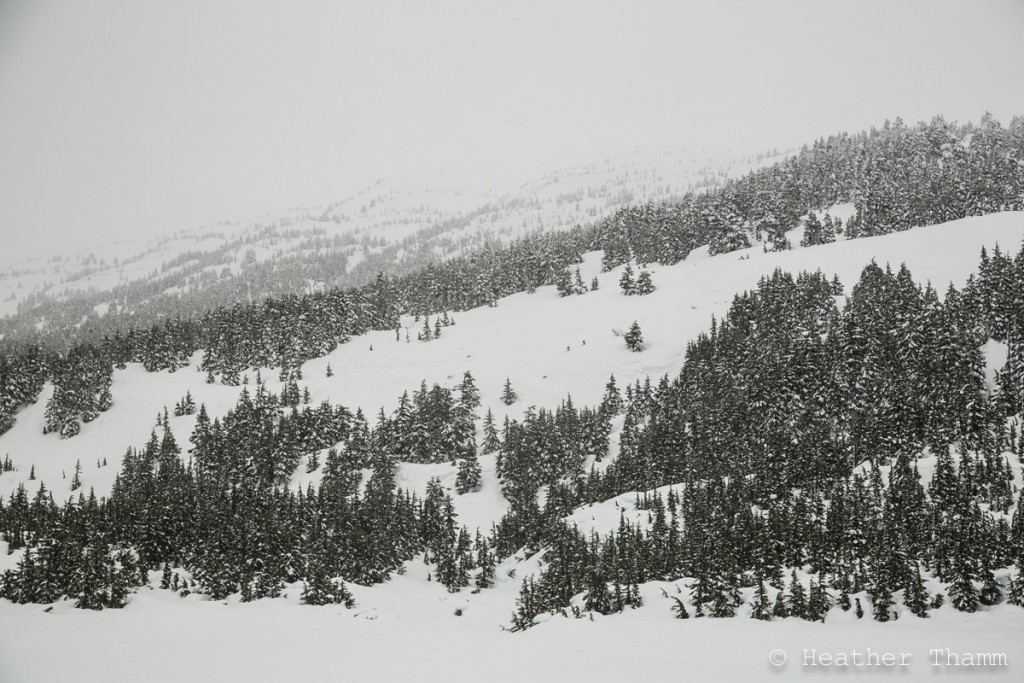 View of Tincan trees from road level. Rain/snow line was fluctuating between 1300' and 1500' 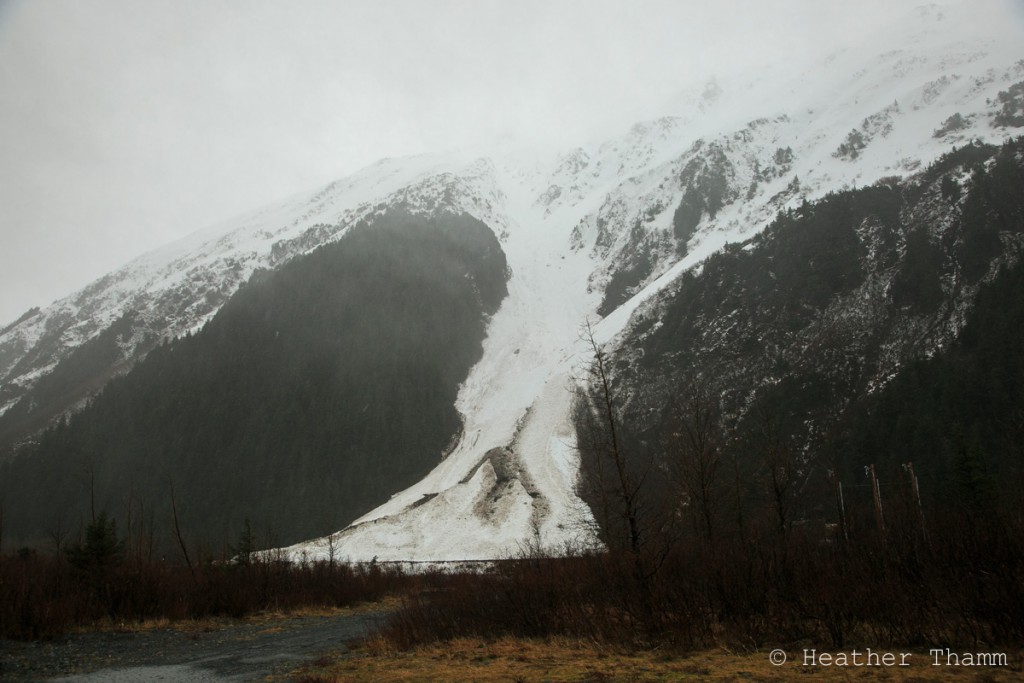 Many large debris piles along Portage Valley Rd. This one is across the street from the Portage Visitor Center, and occurred as a result of the last storm on Feb.21.