We drove from Girdwood down to the Hope Y to look for recent avalanches, and we found a lot of them. Here are the avalanches we observed with rough dimensions organized from north to south along the highway:

Kern Creek – Multiple avalanches across the railroad tracks from avalanche mitigation efforts. Size estimated at D3.
N & E Face of Pyramid – Large debris piles beneath both faces, clouds obscuring start zones. (see photos)
NW shoulder Wolverine – Natural D2 at 1400′ about 100′ wide.
Eddies – North Bowl of Eddies multiple natural D2-ish with wide propagation, N aspect 2000-2500′ (see photos), W Face of Eddies multiple naturals with one much larger avalanche with wide propagation along the lower W face (see photo)
Tincan – Two small natural avalanches on the lower Tincan trees on the N end under CFR, about 1700-1900′, not as wide propagation
Seattle Ridge – Many debris piles under gully features along entire ridgeline. One with dirty debris that could have come from a glide release (see photo).
Magnum – W to SW Face near PMS bowl uptrack. Could not get good visibility of this one but the debris looked wide.
Lipps – W & S Face at about 2800′, 1500-2000′ wide, roughly 2-6′ deep – very wide propagation around the corner where the normal skin track ascends. This is the largest avalanche we saw. (see photo)
Pete’s North – Mutiple D1.5-ish wind slabs in alpine off of cornice and a larger avalanche mid slope further back along the ridge. Larger crown at 2800′ on SW aspect.
Pete’s South – Entire south face looked like partially filled in crown. Debris down to treeline along all of Pete’s South.
Lynx – Multiple crowns and debris piles visible on NE shoulder – poor visibility so no photos or exact estimates of size.
Twin Peaks – Multiple crowns near top of treeline along ridge that extends north from Twin Peaks. Wide propagation at about 2500-3000′ on some wind loaded convex rolls.
4940′ – Lots of debris in gullies along ridge that extends northwest from peak 4940. One clearly visible crown on lower apron between gullies.

The largest avalanche we saw was on Lipps. It extended from the west face around the corner onto the south face across where the normal skin track is located. We only had partial views of this avalanche due to cloud cover, but estimate it was anywhere from 3-6' deep with very wide propagation.

Many recent avalanches along our route, see general description and photos for details.

We were lucky to catch a brief clearing in the cloud cover while we drove the pass from about 12pm to 3pm. As we departed the precipitation was picking up again with mostly rain at the road level and mixed snow and rain at the high point near Tincan parking lot. Strong winds at upper elevations were actively transporting snow. Temperature was 37 degrees F at the road level in the afternoon.

Moist to wet new snow. We elected not to put our skis on so will have to defer to other observations for new snow depths and character.

We saw enough large natural avalanches that we decided not to go for a tour today. Plenty of photos from our road observations. 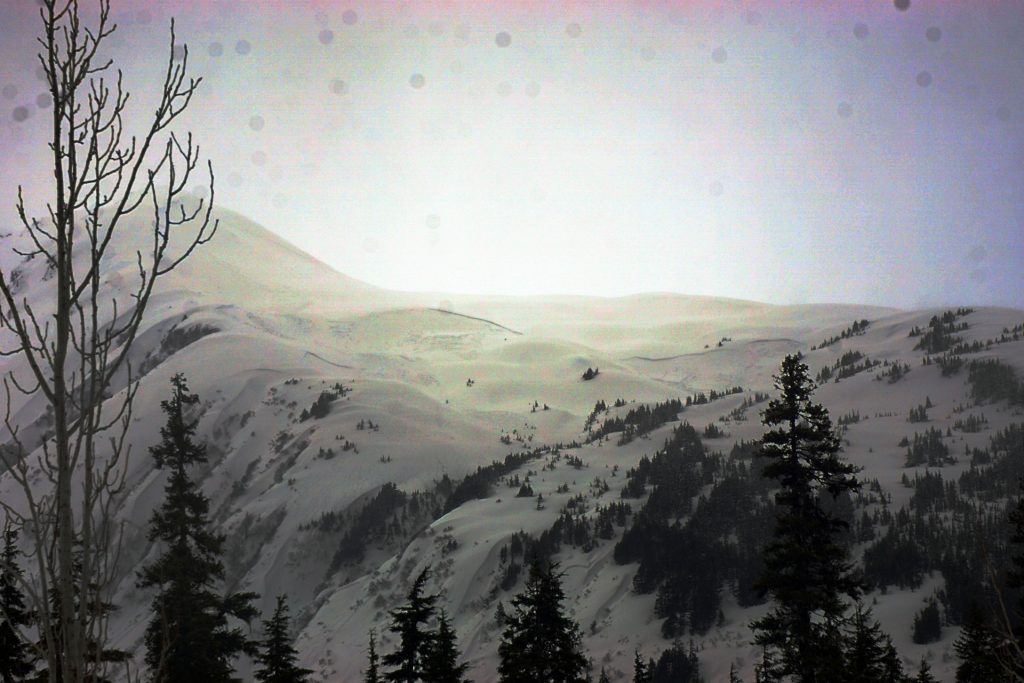 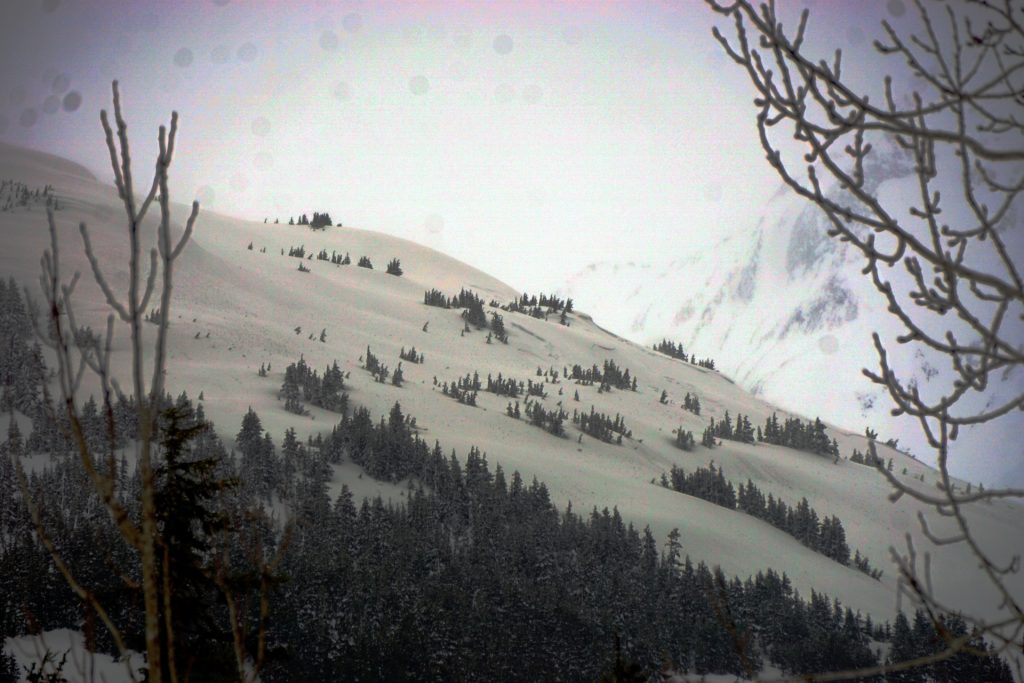 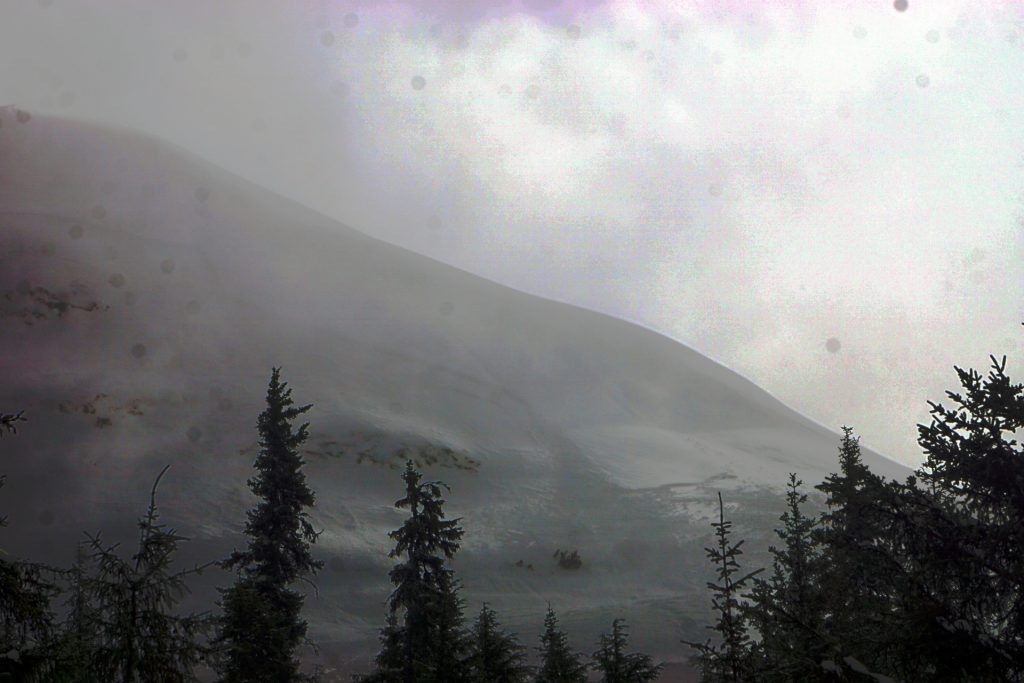 Part of crown on W face of Lipps with poor visibility, this is where it wraps around to the S face near the normal uptrack. 3.25.22 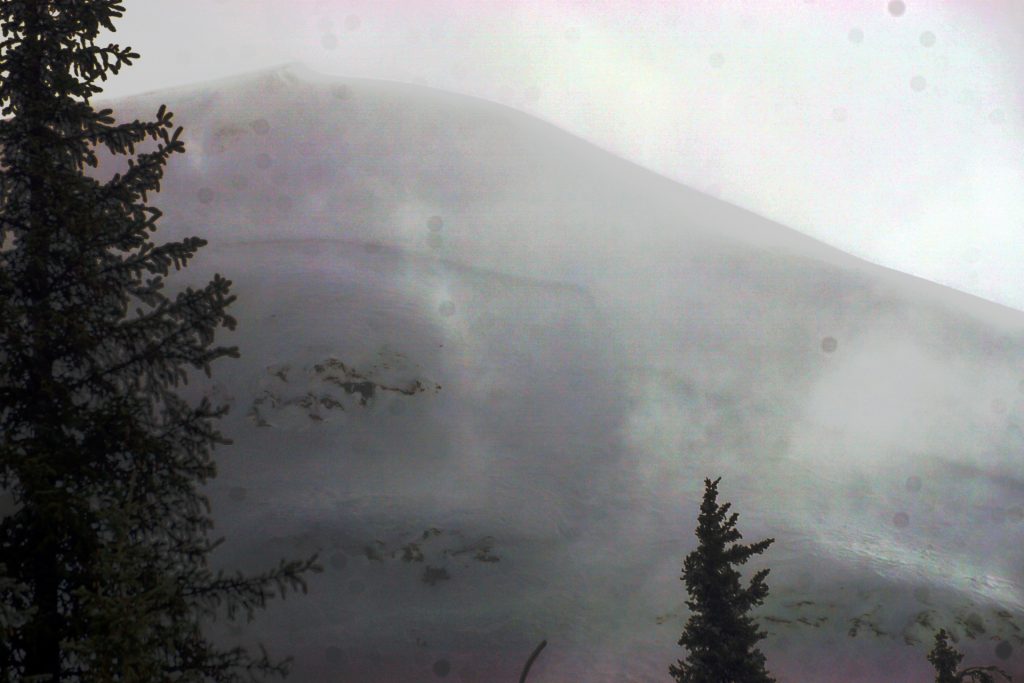 Another picture of W face of Lipps crown. This was a very large avalanche with very wide propagation roughly estimated at 3-6' deep. 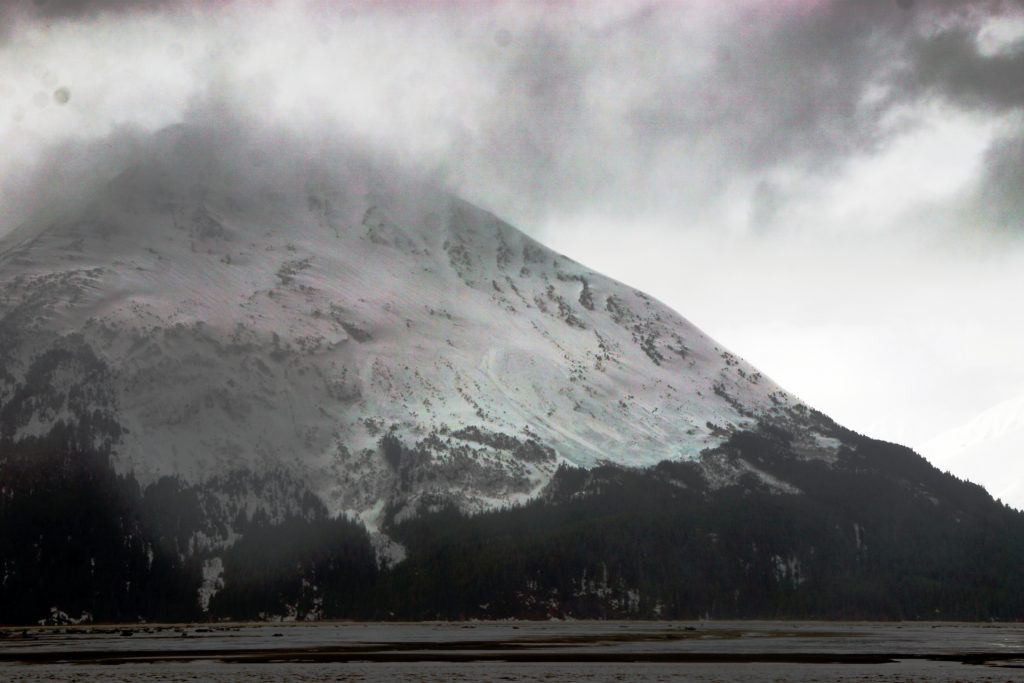 Large debris piles at base of N Pyramid but couldn't see any crowns due to clouds. 3.25.22 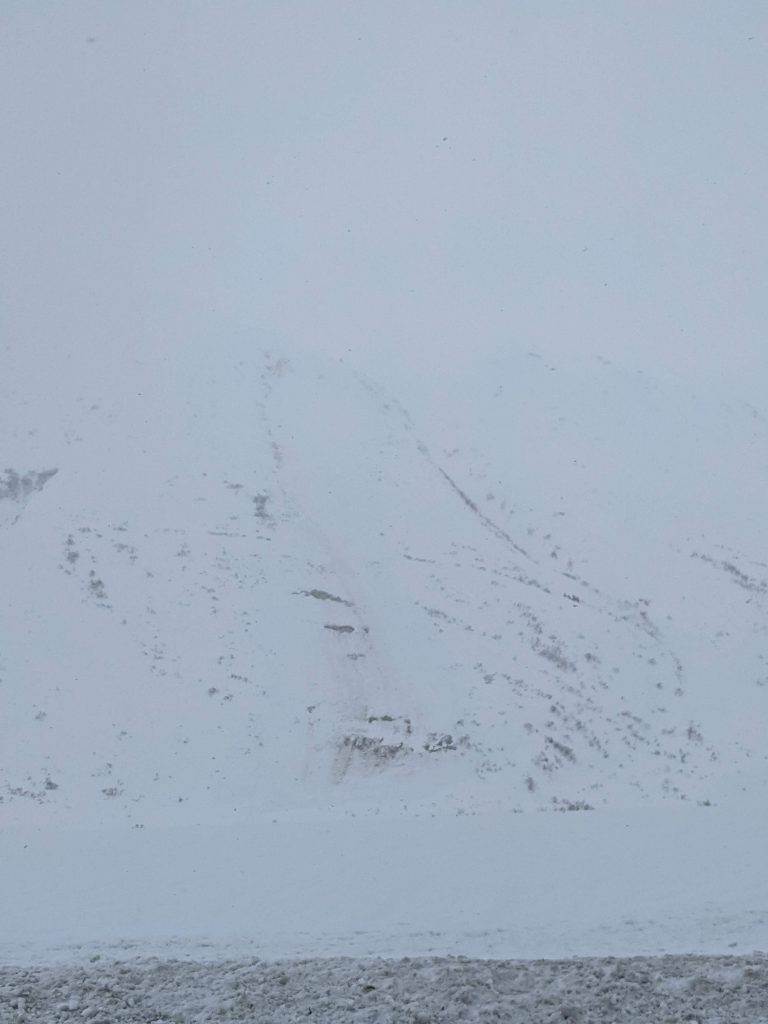 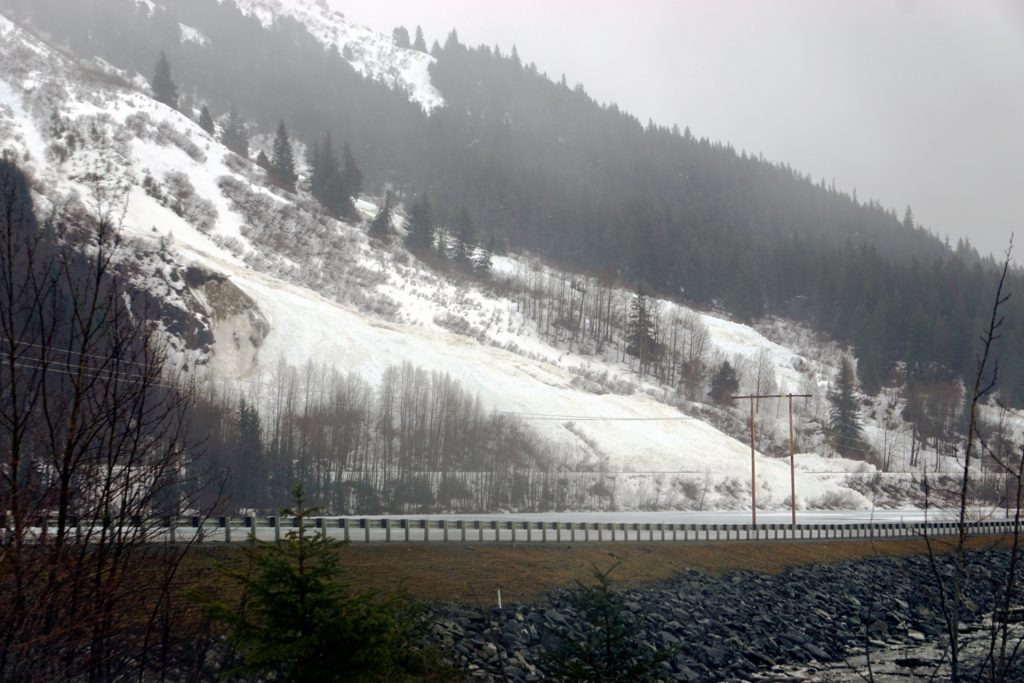