Road obs to Johnson Pass north trailhead. The main takeaway from today was that there was widespread avalanching in steep, channeled terrain during the recent storm cycle.

As noted in the road observations yesterday, all channeled terrain on Seattle Ridge had fresh avalanche debris at the south end of Turnagain Pass. Of note was a slide on Seattle Ridge near Bertha Creek that stepped down into older weak layers. Almost all slide paths along the Seward Highway (MP87, MP85, MP83.5, MP 83) had fresh avalanche debris (nothing new since yesterday though). Loose wet avalanches noted on the west face of Magnum (spotted yesterday, but visibility was poor). Avalanches noted on the west face of Lipps, Pete's North, Pete's South, and Sunburst's north side.

Zero snow remains at sea level. Snow at ~1000' (motorized lot, Center Ridge, etc.) is wet. At the Sunburst lot, an ~1cm crust was noted on the surface - indicative of escaping long wave radiation via the slightly clearing skies. Boot pen at the Sunburst lot was knee deep. At the south end of the Pass, widespread heather / tussocks / tundra are visible through the ever-thinning snowpack.

Snow line was lower at the north end of the Pass, hovering at about 1300 ft on Tincan. At the south end of the pass, it appeared to be slightly higher, at about 1500 ft. 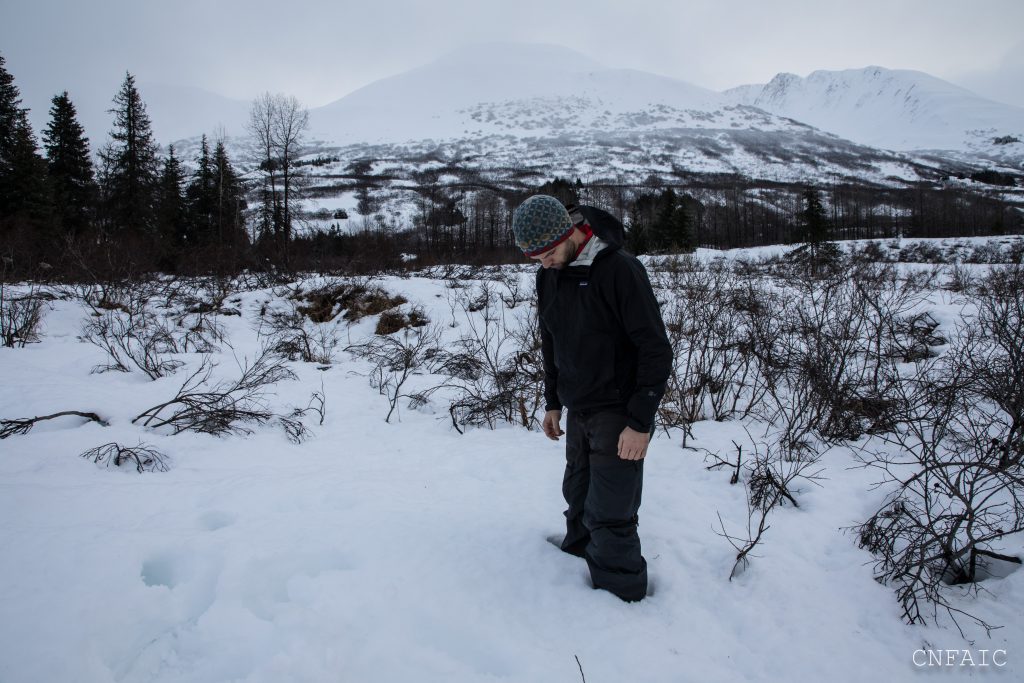 Boot penetration at Sunburst was about knee deep. Intern for scale. 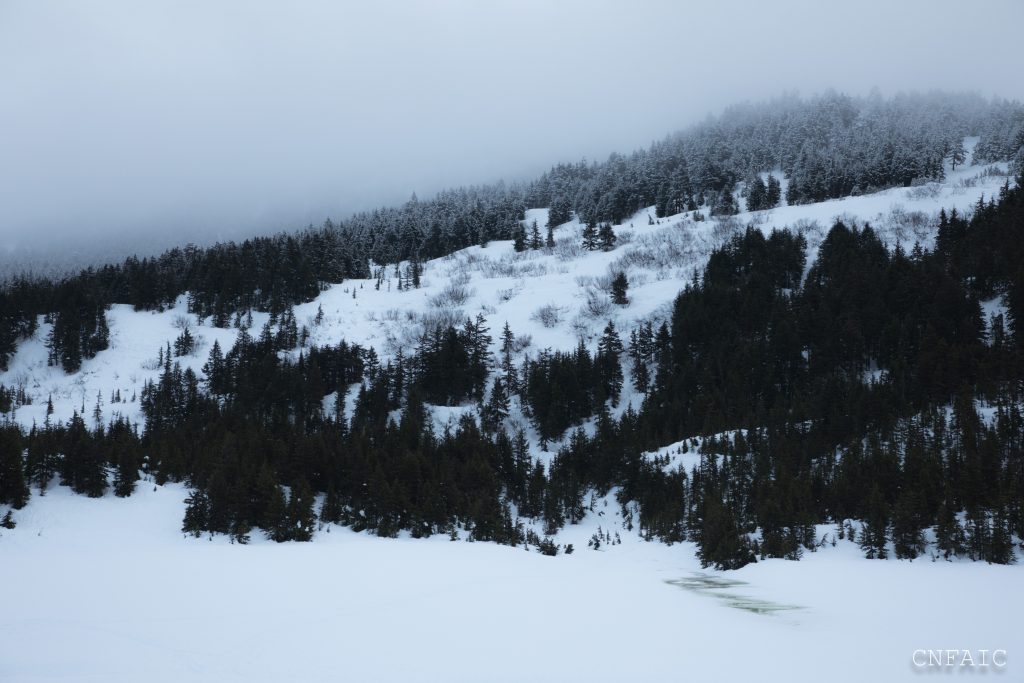 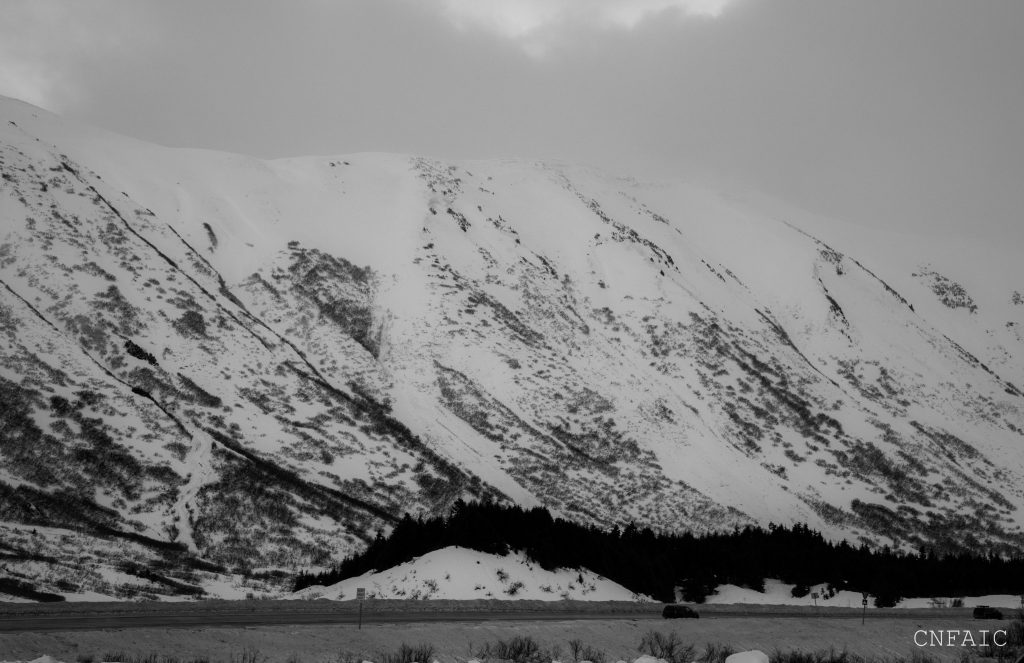 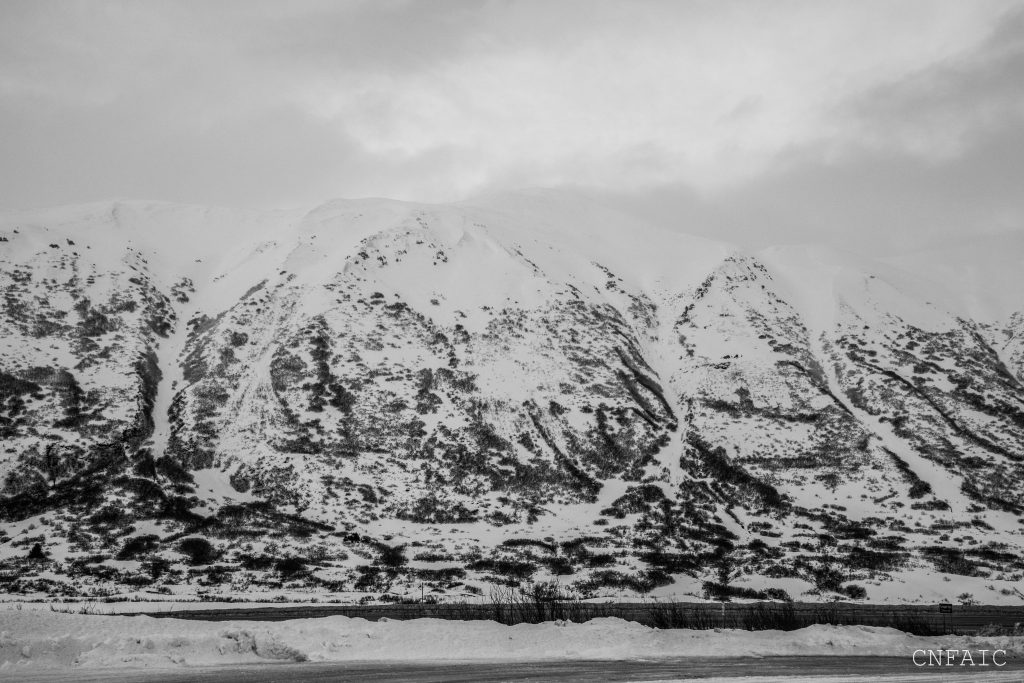 General perspective of Seattle Ridge conditions in the vicinity of the motorized lot. 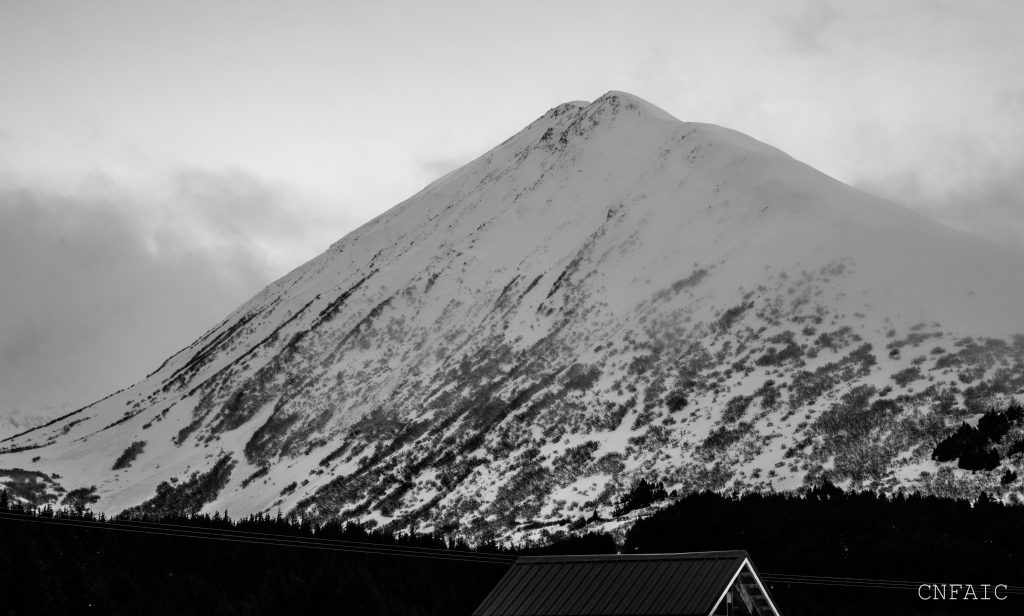 North side of Sunburst. Note debris in bottom left. 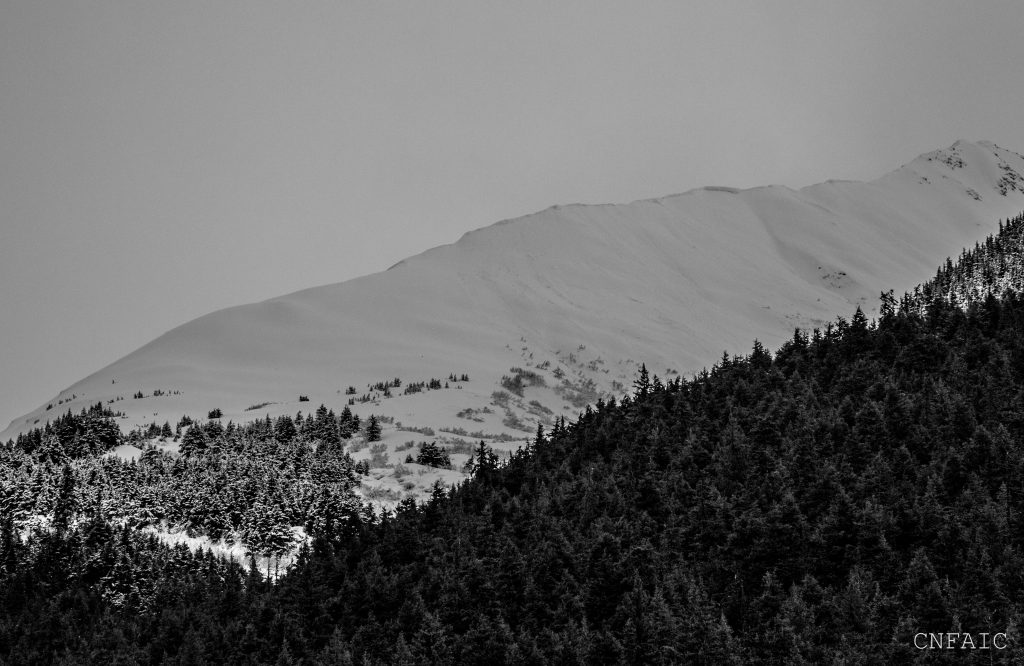 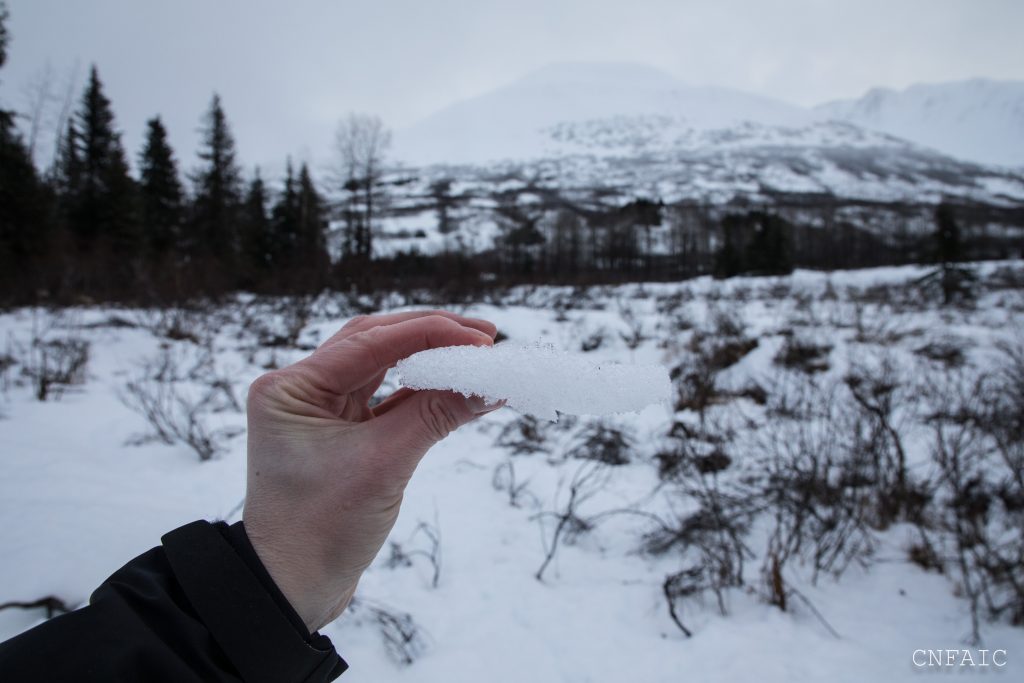 Crust on the surface at Sunburst lot, a sign of incrementally clearing skies. 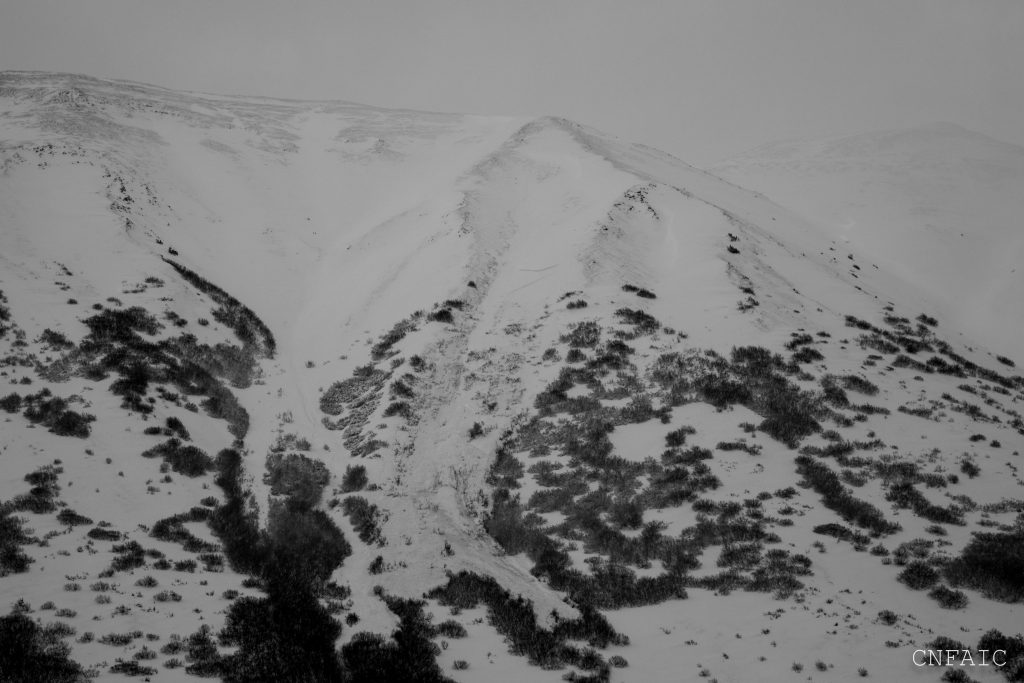 An avalanche on SE aspect of Seattle Ridge near Bertha Cr that stepped down to older layers. 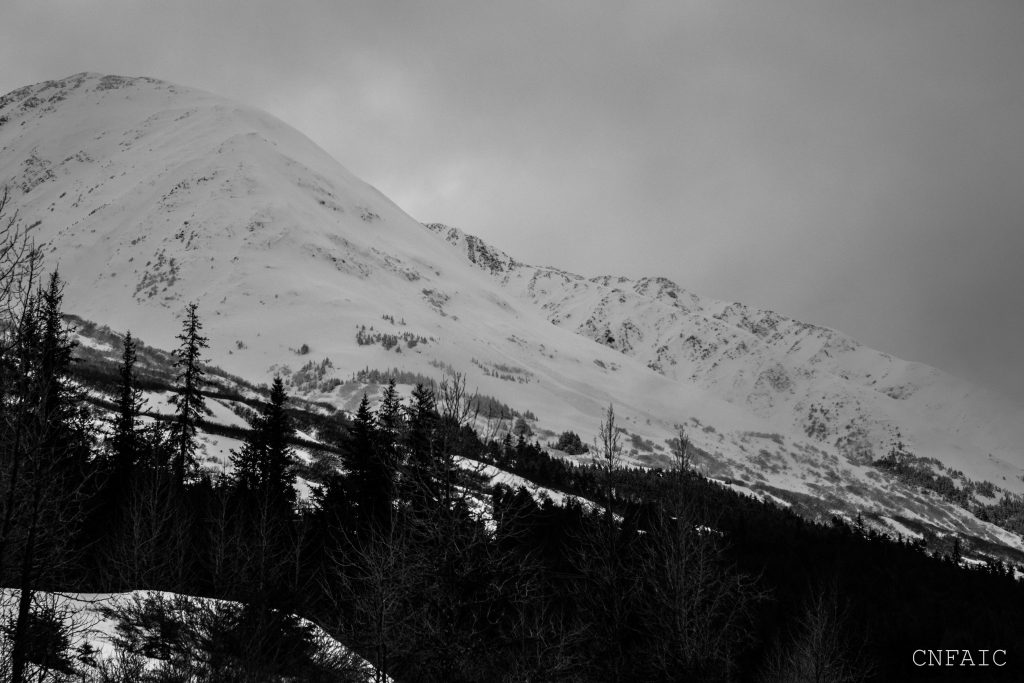