Clear skies and good visibility finally allowed for a good look around Turnagin Pass following the New Year’s storm. Besides the wet slab activity on lower elevation terrain of Eddies from Jan.2nd, not a lot of activity was obvious. A slab around 2000′ on Seattle Ridge, SE aspect was seen from the motorized lot. A cornice triggered slab that was filled back could be seen on SW aspect of Magnum Ridge, PMS bowl. Several subtle small crowns seen in gullies along Seattle Ridge that were filled back in. And a few dry loose point releases were fresh from yesterday or today.

Easterly winds were blowing snow along ridge tops and were most pronounced in Summit Lake and along Turnagain Arm. I did speak to a group who said they saw blowing snow on the taller peaks in Turnagain Pass. 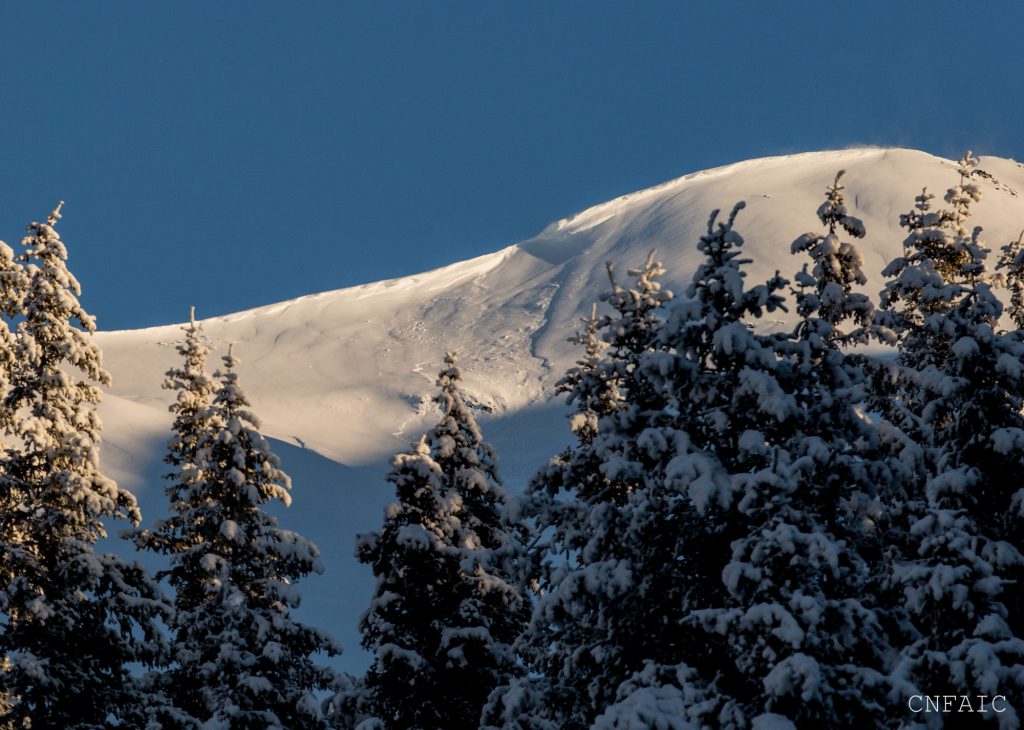 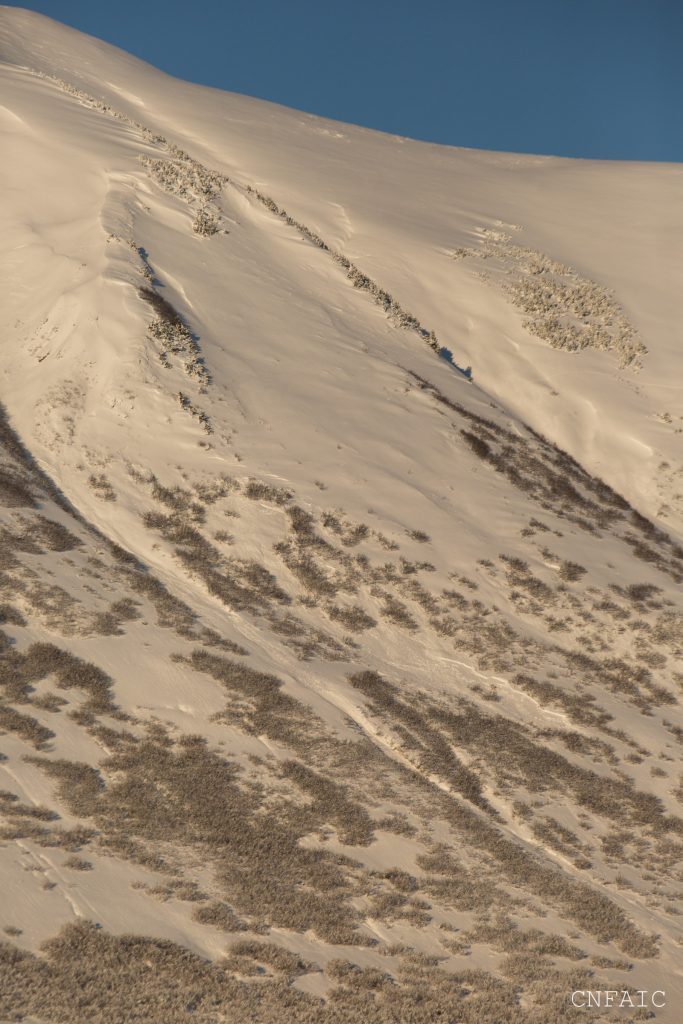 Slab from New Year's storm on lower elevation terrain of Seattle Ridge. Rain fell to 2000', but has re-frozen over the last few days of colder temps 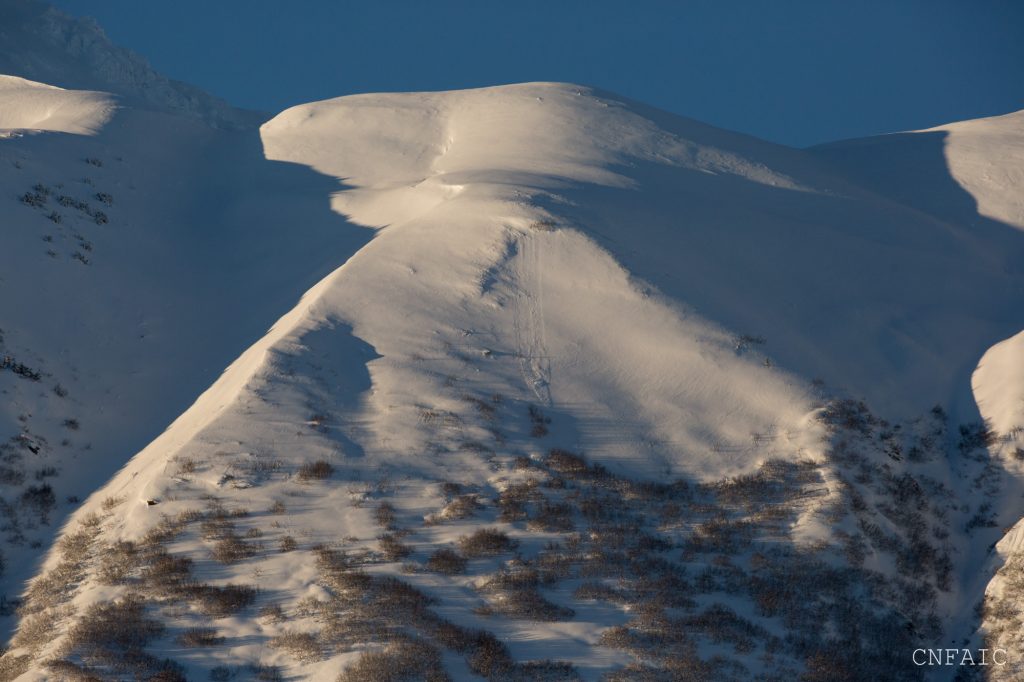 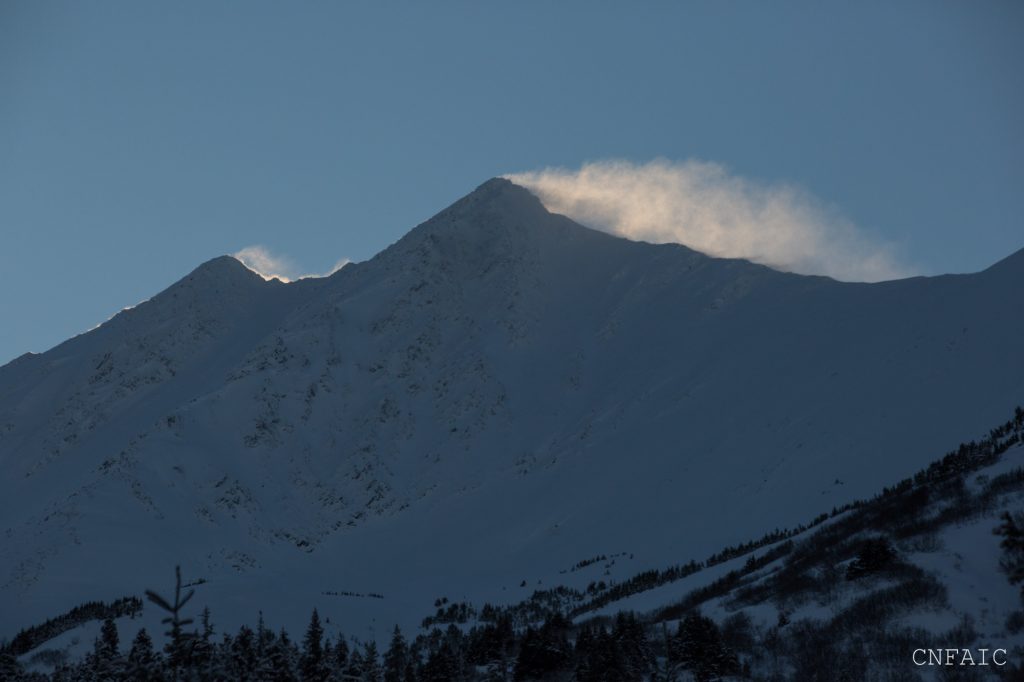 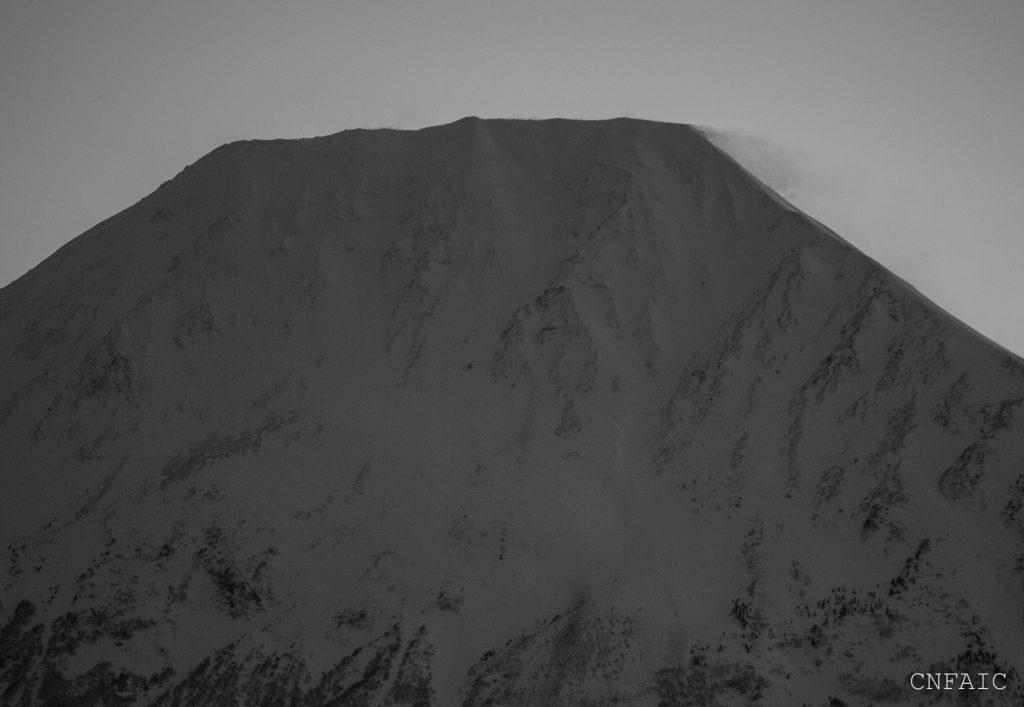 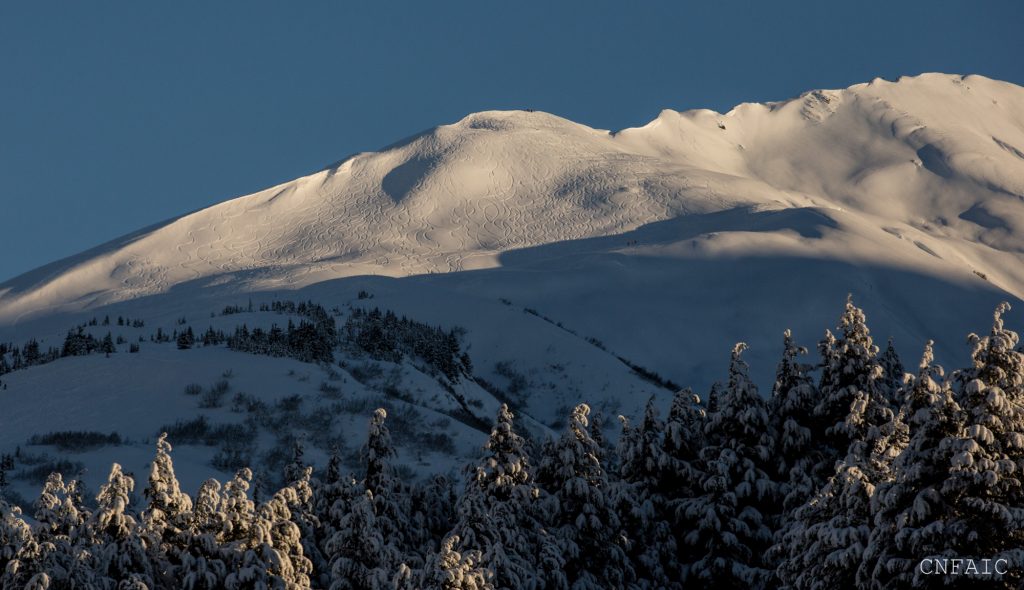 Skier traffic was condensed to Common Bowl and no avalanches were triggered on this very popular slope. 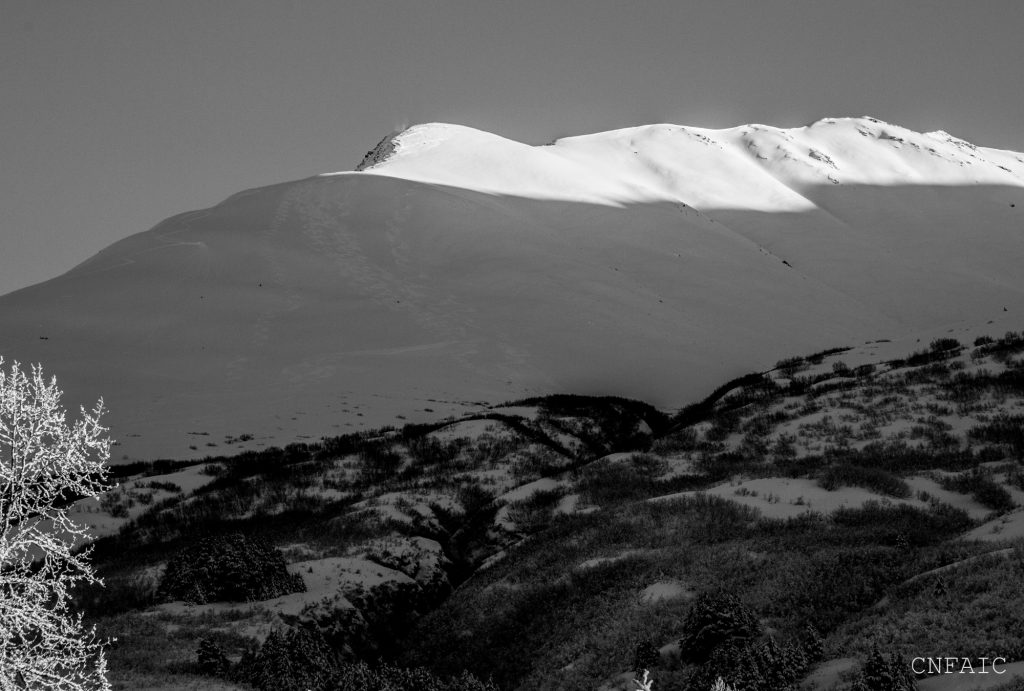 A few groups skied on West ridge of Sunburst today. 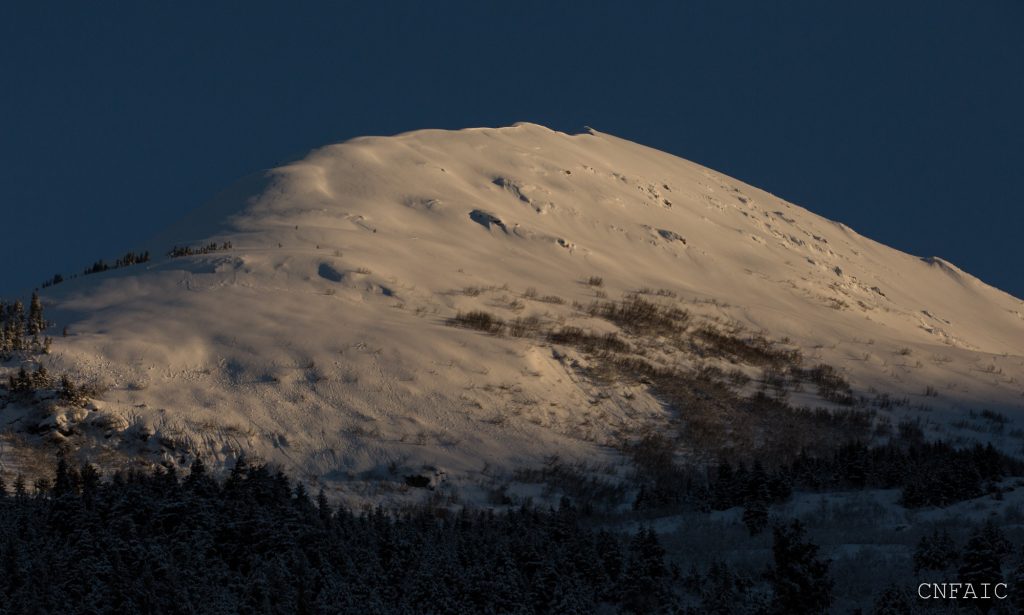 An old storm slab debris could be seen on SW aspect of Pete's South. 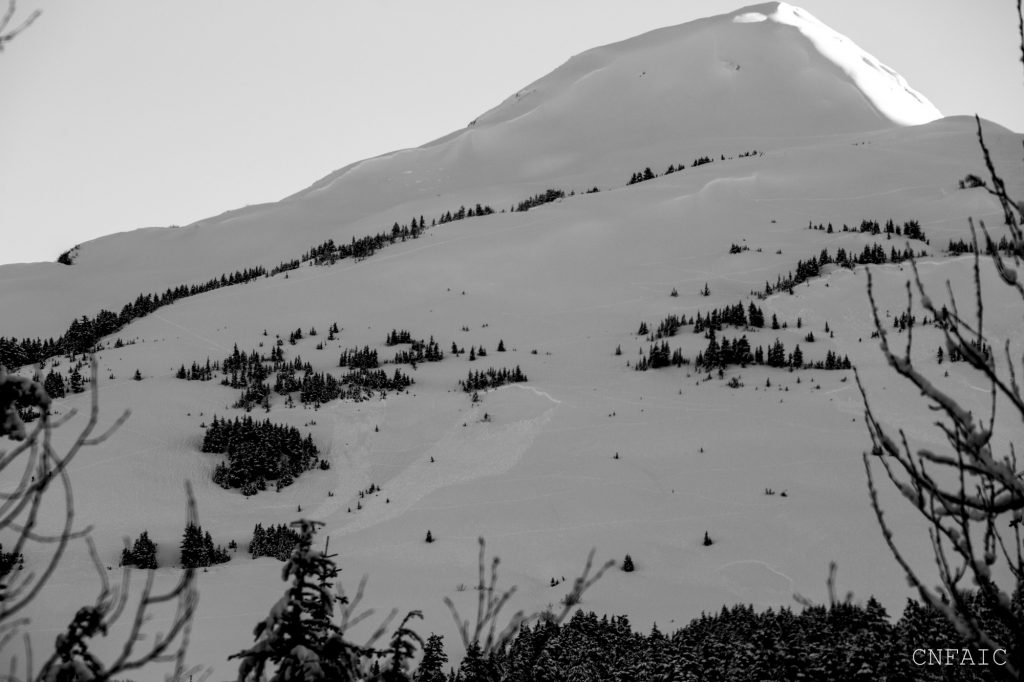 A level 2 avalanche course was out inspecting several wet slabs that released on Eddies West face on Jan.2. A stout crust has formed at this elevation band, but the crowns and debris still look fresh. 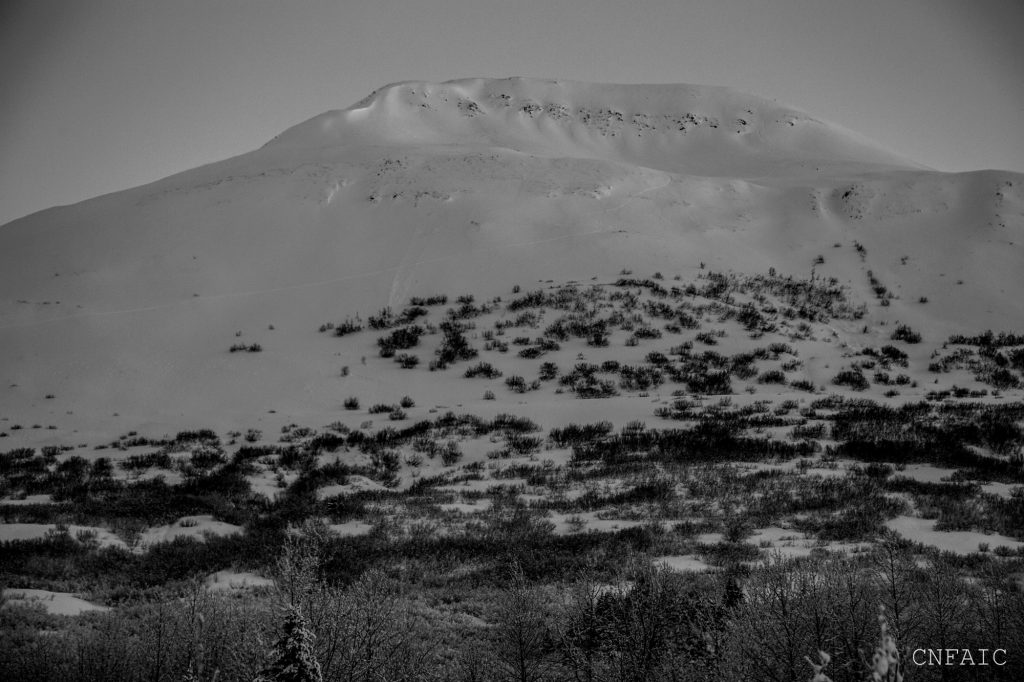