Below are several photos of fresh wind slab avalanches that released this
morning due to the strong NW winds.

Recent Avalanches:
YES
1) Seattle Ridge – one large avalanche (D2.5) and a handful of smaller D1-2’s
just off the ridge, 3,000′ – Southeast aspect. The larger slide (photo below)
looked to have stepped down, or scoured down, into the weak snow at the bottom
of the pack.

3)Magnum – one wide propagating wind slab on the Southwest facing shoulder at
3,000′. This slab wrapped around the ridge and was difficult to get a good look
at. You can see the left flank from the road.

Other slides were in the D2 range and were on Easterly aspects and did not look
to step down into the old weak snow below. Average crown depths are estimated at
1-2′ deep. 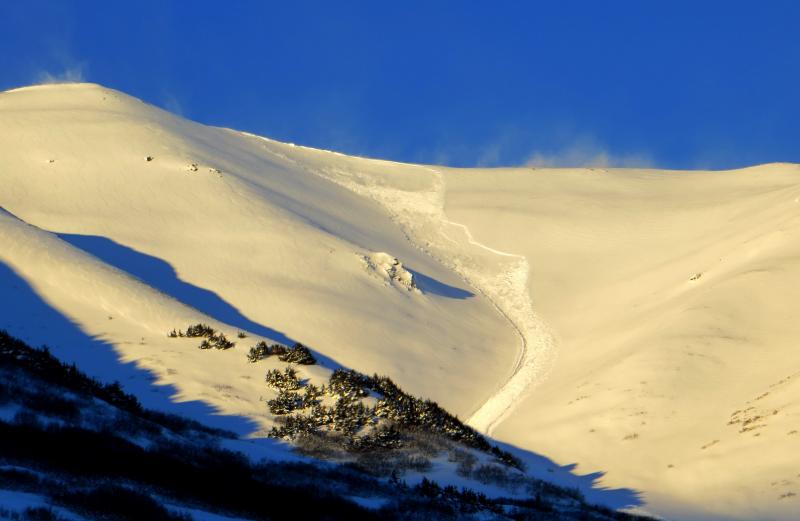 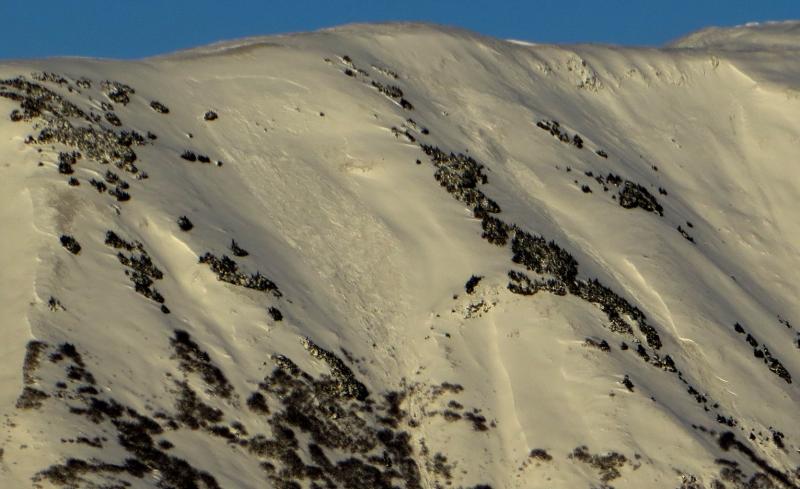 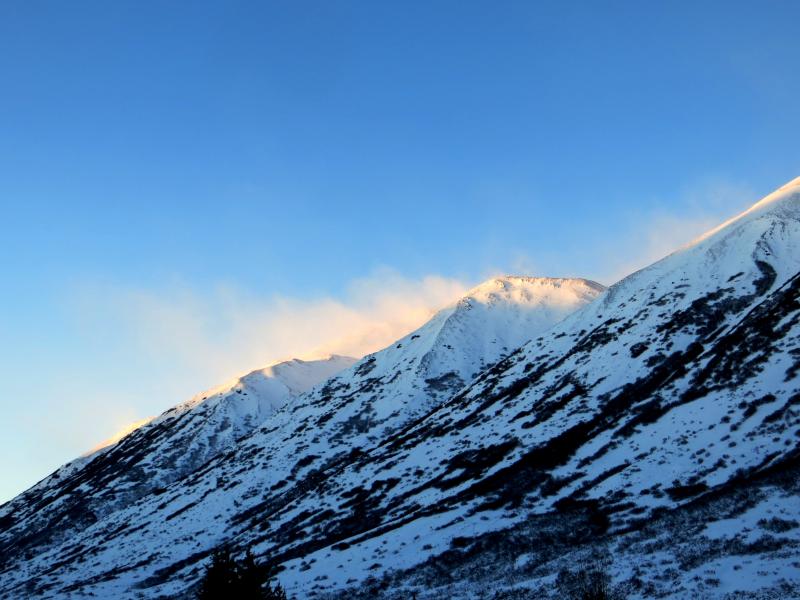