Location: Turnagain Pass and just south of the Pass

In anticipation of the next snow/wind event we are mapping the snow surface for
future weak layers.

The first photo shows layering in the top foot of snow on a southerly slope on
Sunburst. There is a thin (1cm) sun crust with new snow on top and faceting snow
below. Both the snow above and below the crust is very loose and weak and
capable of being a weak layer once buried. The sun crust(s) that have developed
(and are developing) on southerly aspects recently can act as good bed surfaces.

Other aspects in Turnagain Pass have loose faceted snow on the surface without a
sun crust. Once buried the loose snow (with or without a sun crust) will likely
be problematic but it depends a lot on the nature of how the next storm comes in.

The second photo is a pit in a starting zone on an upper elevation east facing
slope just south of Turnagain Pass, more indicative of the Summit Lake region.
The pack is shallow here (1-1.5 meters deep due to past avalanching/wind
scouring). The structure is poor – VERY weak 2-3mm advanced faceted snow is
sitting under a 3-5cm thick decomposing crust with the last few storms of loose
snow on top. Once buried, this type of structure could cause large avalanches by
the snow failing in the older weak snow near the ground. 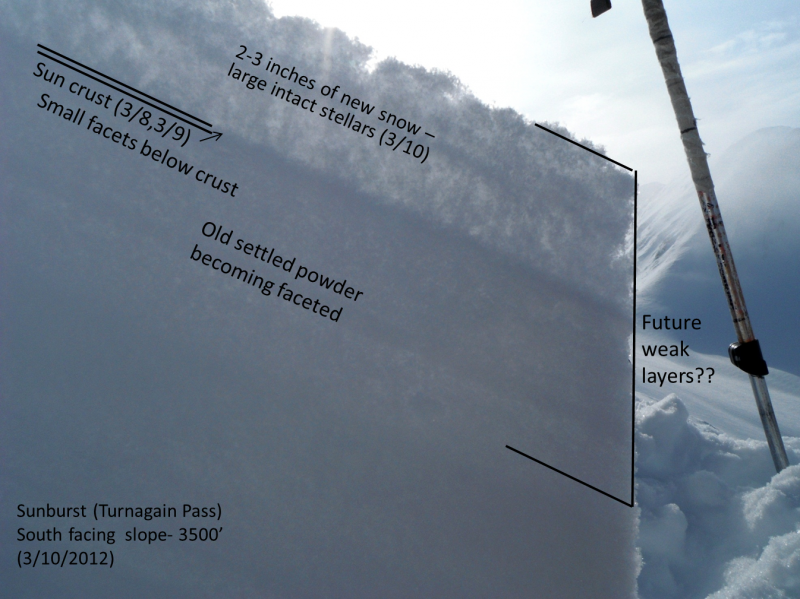 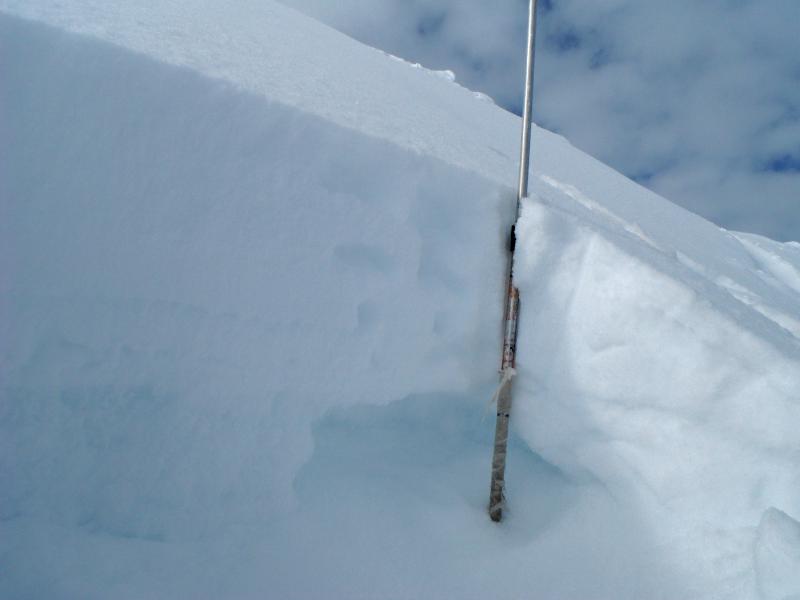