Snow Below the Surface
A few inches of low density snow fell on Dec.21 and is sitting on the old snow from Dec.14 -17 storm.
Over the last week this old storm snow (1 – 3′) has become a cohesive slab and is sitting on a layer of
buried surface hoar. This surface hoar has been documented throughout Turnagain Pass and Summit Lake
above 2000′ and is gradually becoming less reactive in our test pits as we get further away from the storm
event. At mid elevations (2000-2700′) this slab has varying layers of melt forms and rounds. At 2250′
these melt forms are still moist. This layers gradually goes away with altitude and only a thin (2mm) crust
was found just below 2700′, but not found 50ft above.

Today is the one week mark since we received 1-3′ of snow on a layer of surface hoar. We have found this
weak layer on all aspects above 2000′ throughout Turnagain Pass. It appears to be adjusting to its new
load and is gradually becoming less reactive in our test pits. We had some conflicting test results in our
pits at 2700’/2750′. One pit resulted in the isolated slab propagating with moderate force and the another pit (only
150′ away) had no results, and the buried surface hoar layer was not found. AT 2250′ we did not have any
results in our test pit, but did find the buried surface hoar forming bonds with the melt/freeze layer below
it. These results are helpful, however test pits are only tiny slices of information and not a reason to base a
“go” decision upon. We suspect this layer is still reactive on steep slopes and could be triggered in
thin parts of the snow pack. 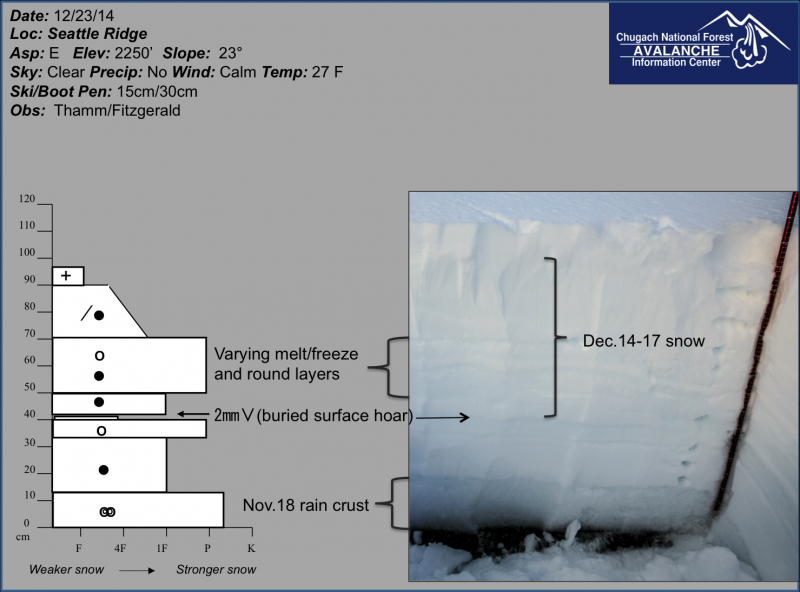 Test pit at 2250' on the east face of Seattle Ridge 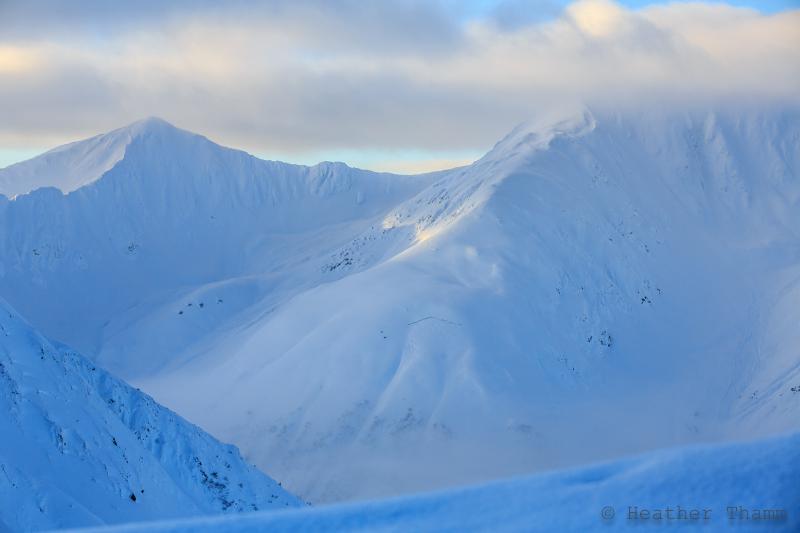 Glide crack on the Northeast shoulder of Big Chief 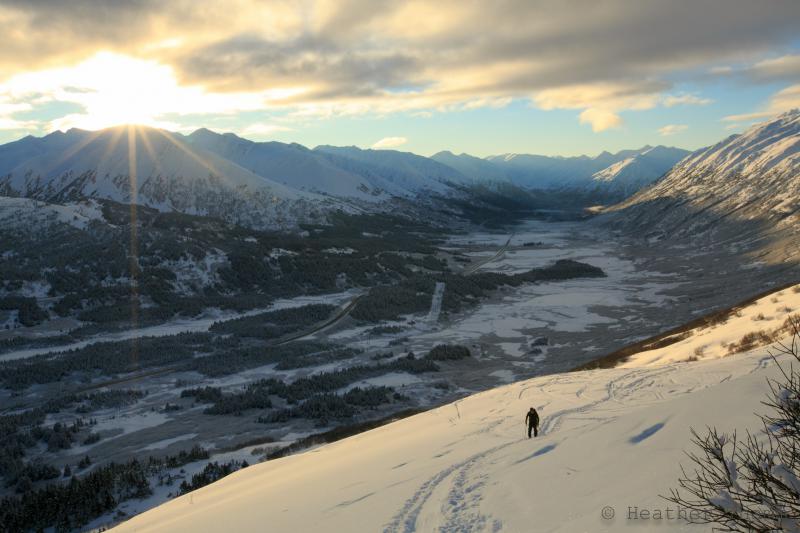 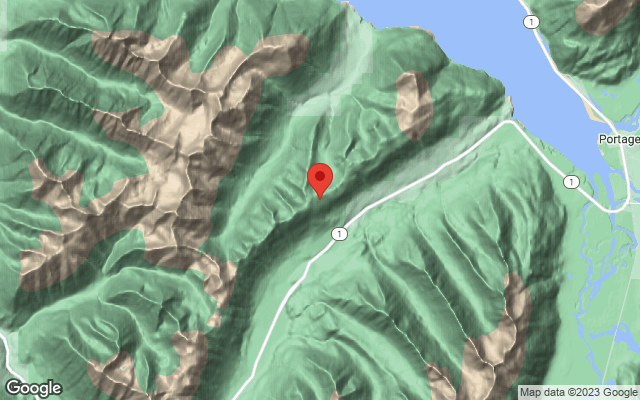