Wind plumes were seen today around the Turnagain Pass area, though much of the Pass itself seemed to escape the stronger winds. Pastoral peak, Silvertip and Grandaddy all seemed to be experiencing some wind transport.

Around 8-16″ of loose snow remains on the surface at most locations out of the wind. The loose snow is starting to recrystallize. Surface hoar formed last night and goes from valley bottom (3-4mm) all the way to the top of Sunburst Ridge (1mm).

Sluffing was not as prevalent today as it was yesterday. The winds picked up
from the west and plumes were seen off the higher peaks around the Pass. Cold
day… Temps in the minus single digits F. 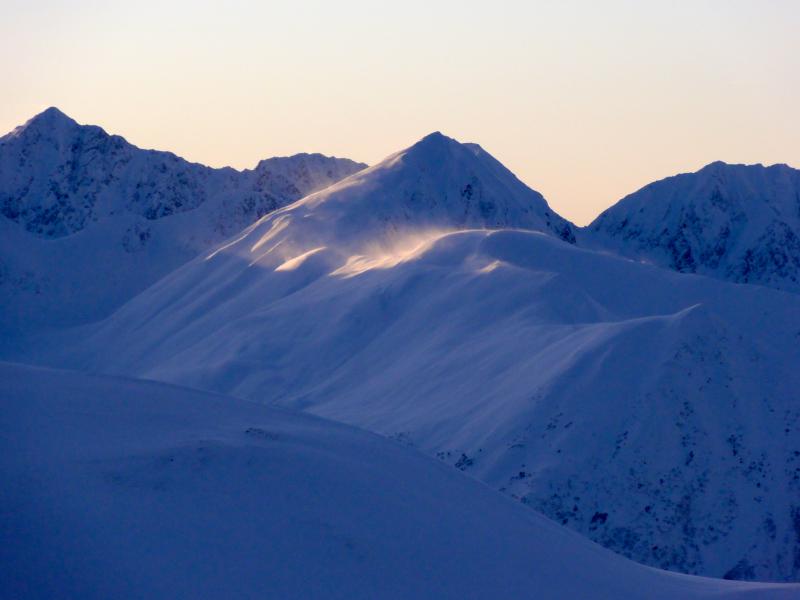