Widespread natural avalanche activity occurred during the last
three days of heavy snowfall and high wind. Many of these slides are now snowed
or blown over and hard to identify. The scene today was mostly typical of the
aftermath of a natural avalanche cycle. (As can be seen in the third photo on
Sunburst).

However, a few concerning slab avalanches were seen on east facing Seattle Ridge
on the South side of the Pass. These are relatively fresh and had distinct
propagation. (see photos)

Snow surface:
Wind effected in most locations at and above treeline. Deep drifts and wind
slabs forming. The 20+ inches of blower is settling quickly and made for quite
nice skiing out of the wind.

Wx obs:
SE winds were moderate below ridgeline and strong at the ridgetops. Plumes were
widespread from Girdwood to Summit – A lot of wind transporting the low density
snow.
Broken skies and no precip. 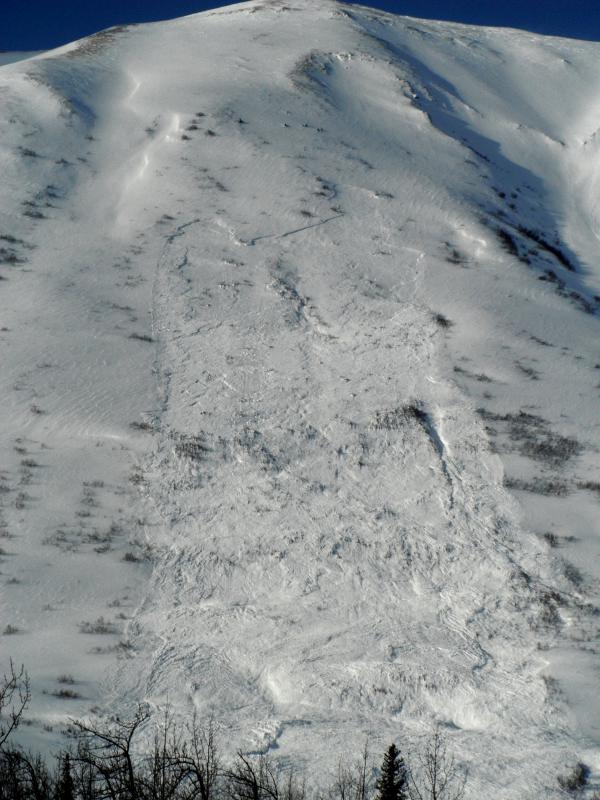 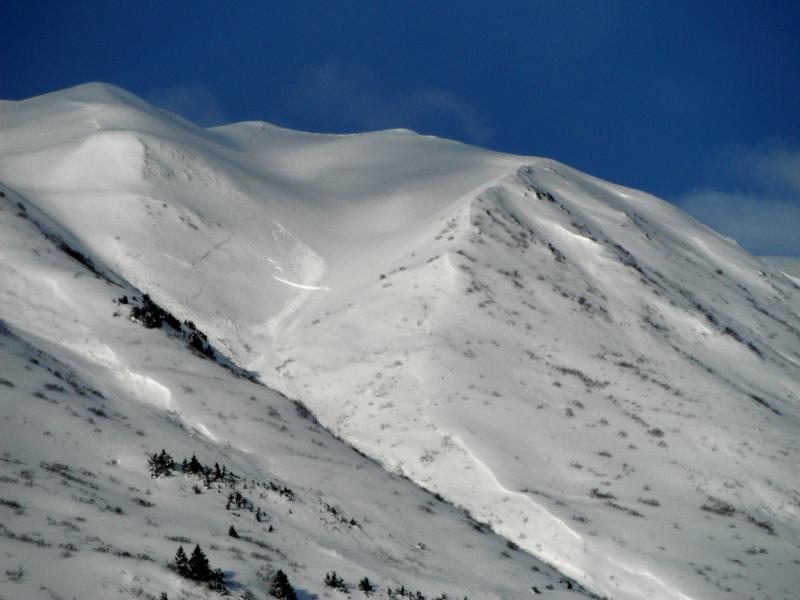 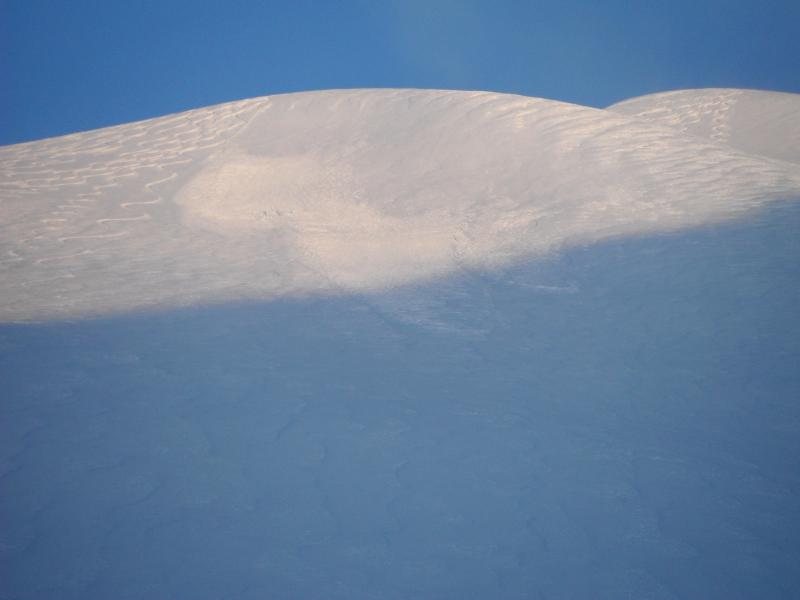 Natural avalanche on Sunburst that occured sometime during the storm (possibly sometime Friday).