Weather:
Party sunny with low clouds rolling through. Warm – upper 20’sF above treeline.
Calm with a slight breeze on the ridgetops – East 5mph.

Avalanche activity relating to Thursday/Friday’s (3/7-8) storm:
Mostly confined to cornice falls triggering sluffs. Saw one small slab that
may have been triggered by a cornice fall early in the storm on a SW facing
slope around 3,500′.

Today’s avalanche concerns:
– Lingering wind slabs from the strong winds and 10-12″ of snow from 3/7 and
3/8. Found a few wind loaded pockets with cracking 6-10″ deep and propagation in
test pits but no avalanches initiated or seen.
– Soft slab running on a sun crust. This is on southerly aspects at the old/new
interface. None seen and pit tests showed bonding between the sun crust and
overlying storm snow.
– Cornices… Several more failed late in storm but none seem to have been as
large as the last cycle end of Feb. These only produced sluffs (see photo).

Surface conditions:
Above 1,000′: The wind did a number in many areas around Turnagain Pass.
Variable wind affect was found. Everything from sastrugi to soft 2′ deep wind
drifts to scoured slopes. However, westerly aspects are a bit more consistent
with 4-10″ of settled powder. The sun began to dampen southerly aspects by 2pm.

Below 1,000′: Melt freeze conditions prevail (a hard crust turning soft in the
afternoon). 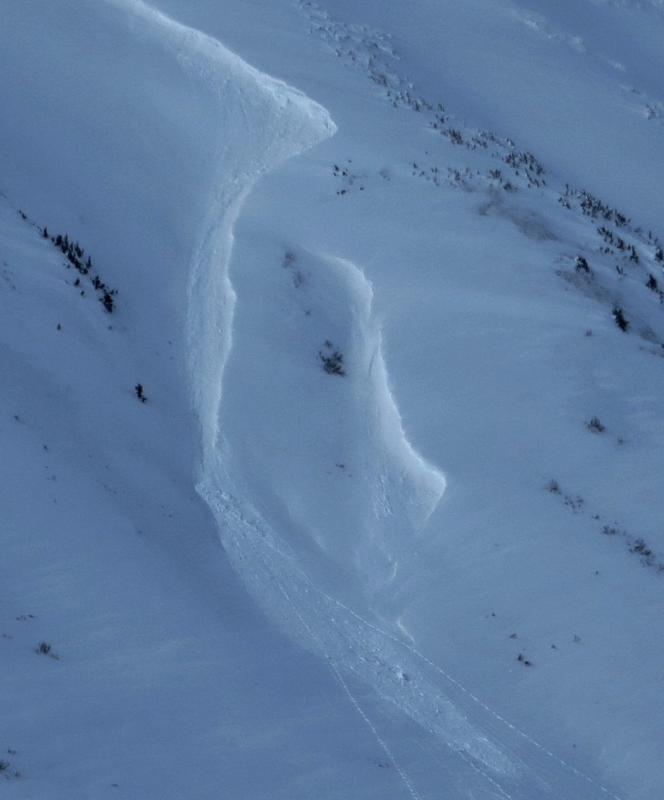 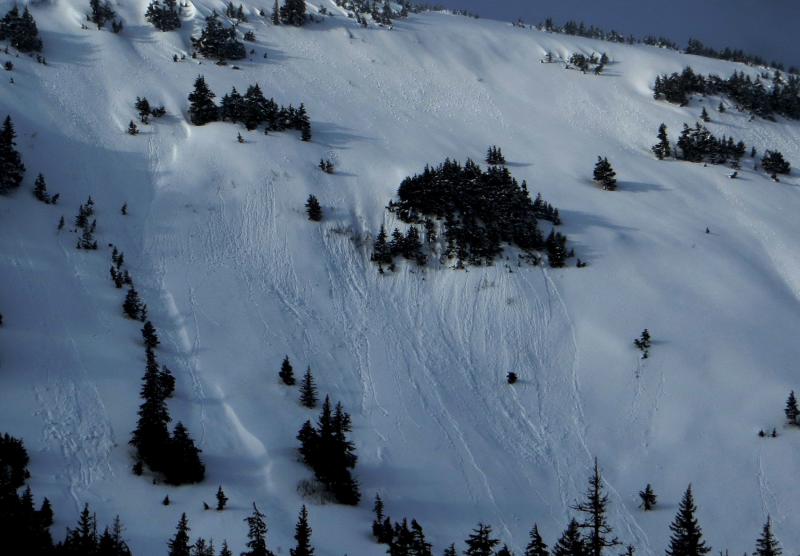