Skinned along the ridge past others’ turnaround up the broad shoulder leading to the top of Eddie’s. Observed a new layer of surface hoar on top of several inches of last week’s snow. On the lower part of the slope, we dug a pit. Testing resulted in an ECTN12, with failure on a weak layer (likely 11/10 buried surface hoar) under the more recent storm snow. Additional testing showed underlying layers in that location were stable.

Snow was soft but fairly supportive above tree line, with snow at midmountain/tree line soft on top with a harder layer readily felt underfoot.

The group comprised four people: three skiers and a splitboarder. The skin up the shoulder toward the top of Eddie’s involved soft snow but no red flags until closer to the top, where wind or sun may have affected the snowpack more. Near the top, the skier breaking trail observed multiple localized shooting cracks every couple of steps on a less steep slope than had been encountered on the ridge until now. At that point, the decision was made to turn around and transition lower, but the trail-breaking skier then triggered a small soft slab avalanche under their feet. Short run, no one caught, and the skier was able to join the rest of the group lower down.

Skier 1 descended first and triggered a soft slab avalanche underfoot, consisting of last week’s storm snow. They were not caught or buried, and were able to ski down, avoid the glide crack and reach a safe spot outside of the runout zone. Skier 2 descended next on a similar line but cut a little more to skier’s right, triggering an expansion of the avalanche crown and sending another section of storm snow down the slide path. There were able to descend safely. Skier 3 was then advised that it would be safer for them to follow the same route because the top layer of snow had already slid, and skiing their preferred route by the skin track would be more of an unknown. Skier 3 followed the other route taken by the first two skiers, fell and recovered, and was able to ski out safely. The splitboarder then descended safely.

The soft snow that slid ran down just about to the top of the glide crack.

Overall, what happened seems to reinforce what forecaster Schauer reported in an avalanche observation on 11/14 at Seattle Ridge — recent storm snow is just starting to become a more cohesive layer and just starting to behave more like a slab.

One skier near the top of Eddie’s started observing shooting cracks underfoot while breaking trail on a less steep slope, prompting a decision to transition lower.

Cold (single digits at the coldest while we were out), mostly sunny skies, no wind or new snow

ECTN12 near the base of the last slope up to the top of Eddie’s. The top 4 feet of the snowpack ranged in hardness (softer snow higher in the snow pack, gradually firmer snow farther down) with the problem layer — buried surface hoar — a few inches from the top. 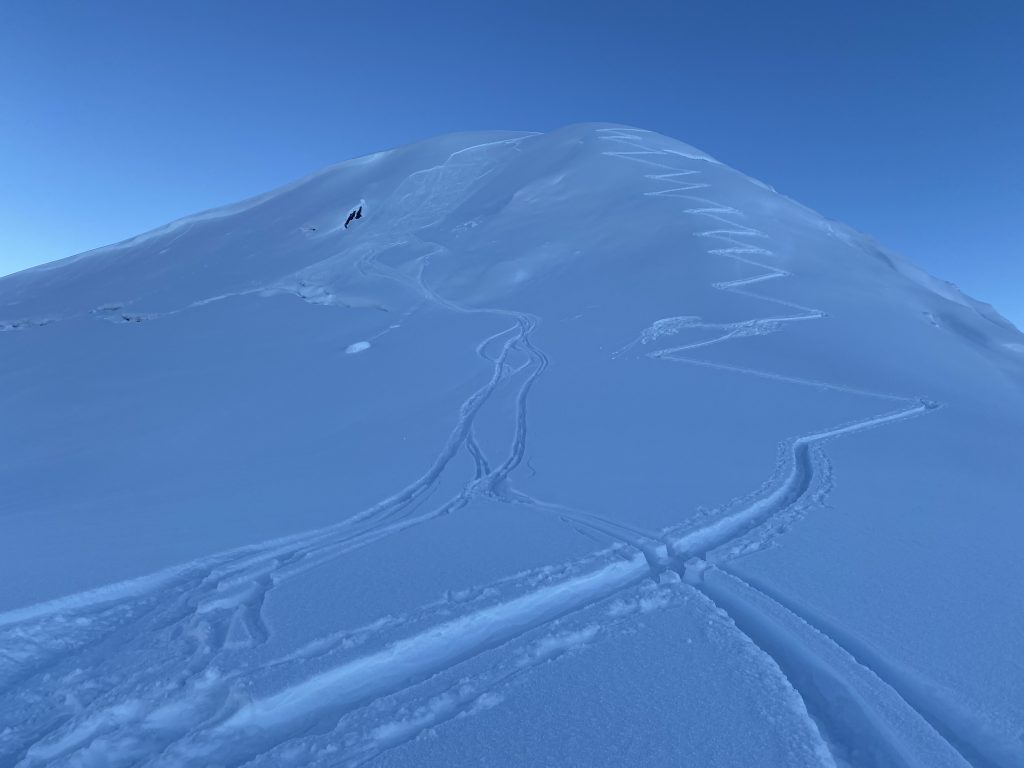 The main slide area below the top of Eddie’s, with the glide crack visible below the slide path. 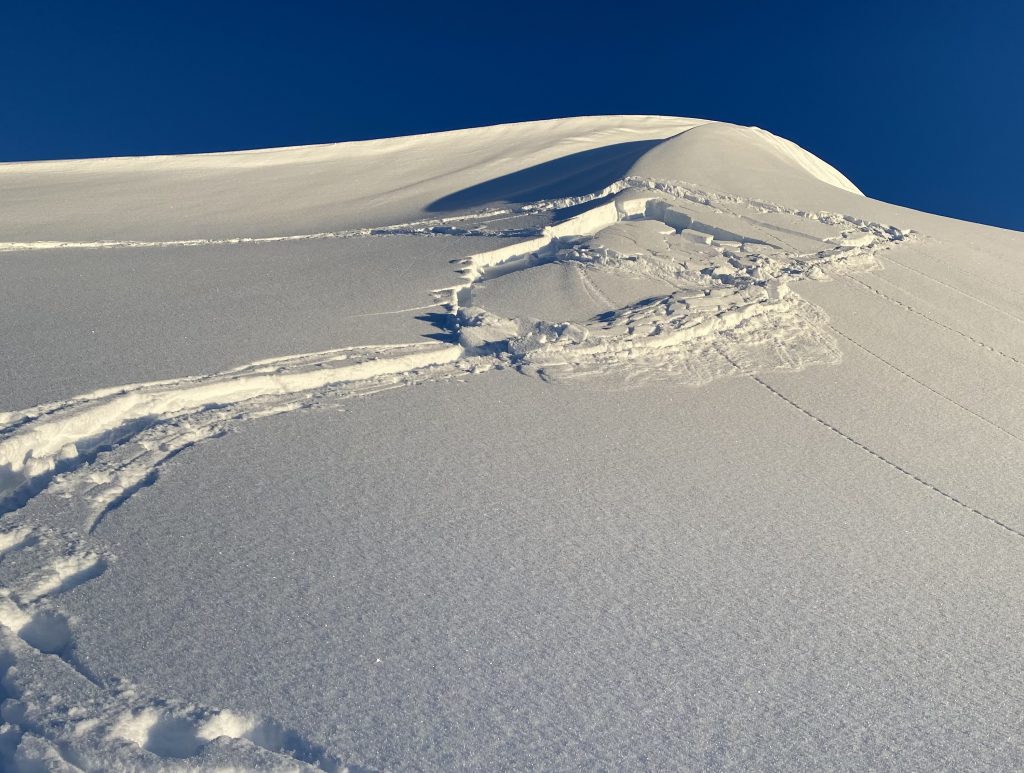 The other soft slab avalanche closer to the top of Eddie’s that prompted a transition lower on the slope. 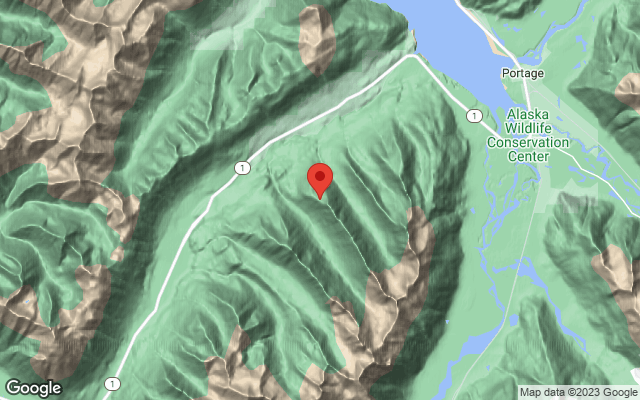