Toured up std route to the final ridge to the common bowl. Final low angle ridge was pretty buffed so turned around and did a run from there since skiing the steeper faces, or under them did not seem prudent with the current conditions.
Toured over to the north side off the lower portion of CFR and did a lap in there.

While touring on the north side of lower CFR an avalanche occurred on a North aspect about mid-level on CFR ridge. Crown depths and slope angles are estimated at 6" to 18" depth and ~250' wide for the crown and slope in the high 30's to low 40's. We were at the bottom of the trees putting our skis on when it released. not sure if our movements in the area were a factor or not.
Touring back over to the west side to go out, a medium sized slide occurred on the lower SW aspect of CFR. It started in a wind loaded pillow off the ridge and released a slide about ~150' wide at the crown and possibly up to 5' deep. The slide propagated south across half of the basin below (if you look close at the photo there are cracks propagating off the left side and up above the crown for some distance. Not sure what triggered it but there were people above skiing off Tincan common in the area that slide last Friday.
Both slides did not run very far and more or less piled up at the base of the slope.
We also observed numerous small avalanches lower in the trees on small rollovers. these look like they went naturally in the last storm.

There were recent avalanches from the last storm and we had a rather large collapse in the trees around 1800'.

informal tests in the upper elevations showed easy shears on the old crust. 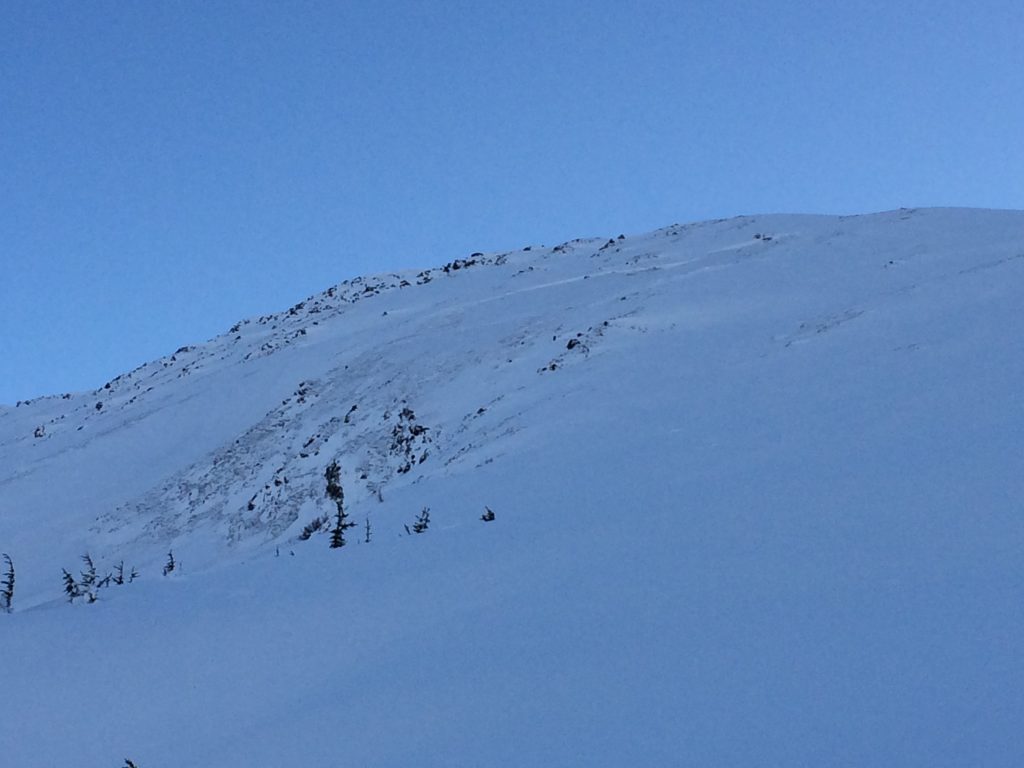 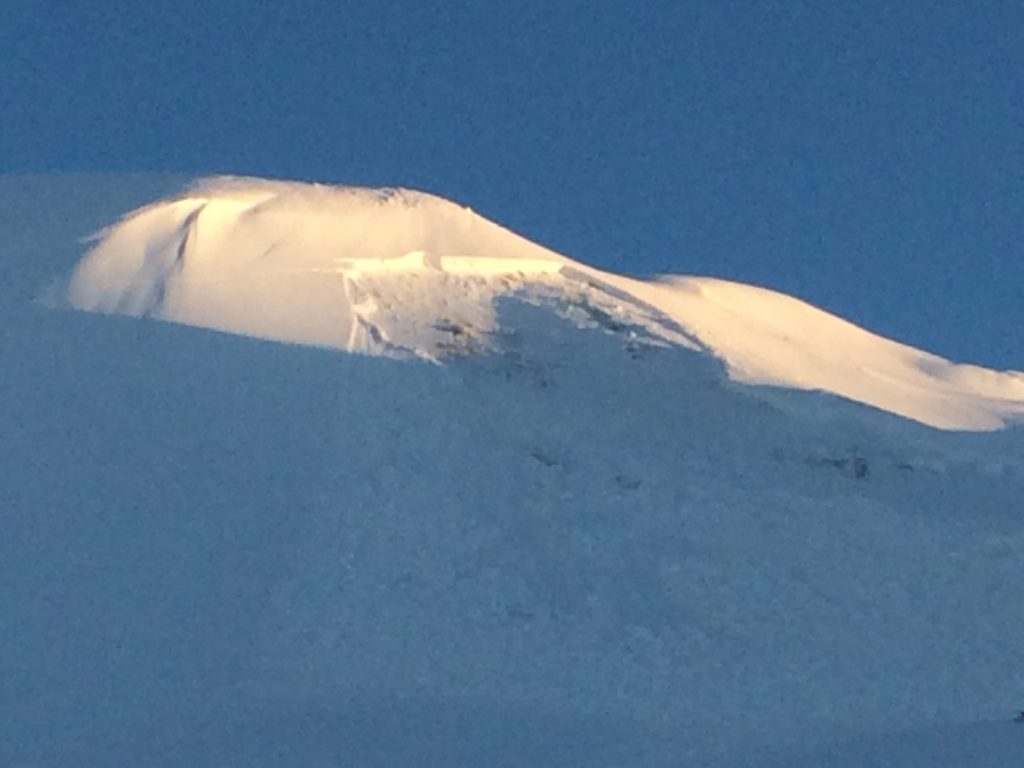 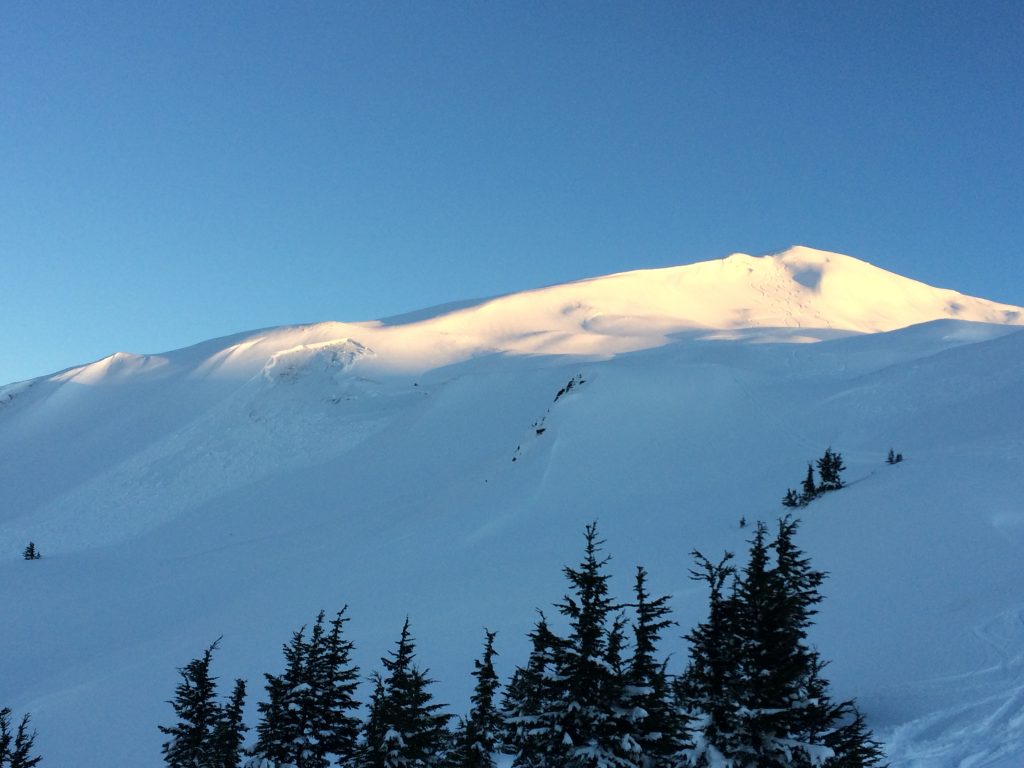 Larger view of slide on SW aspect off of CFR. 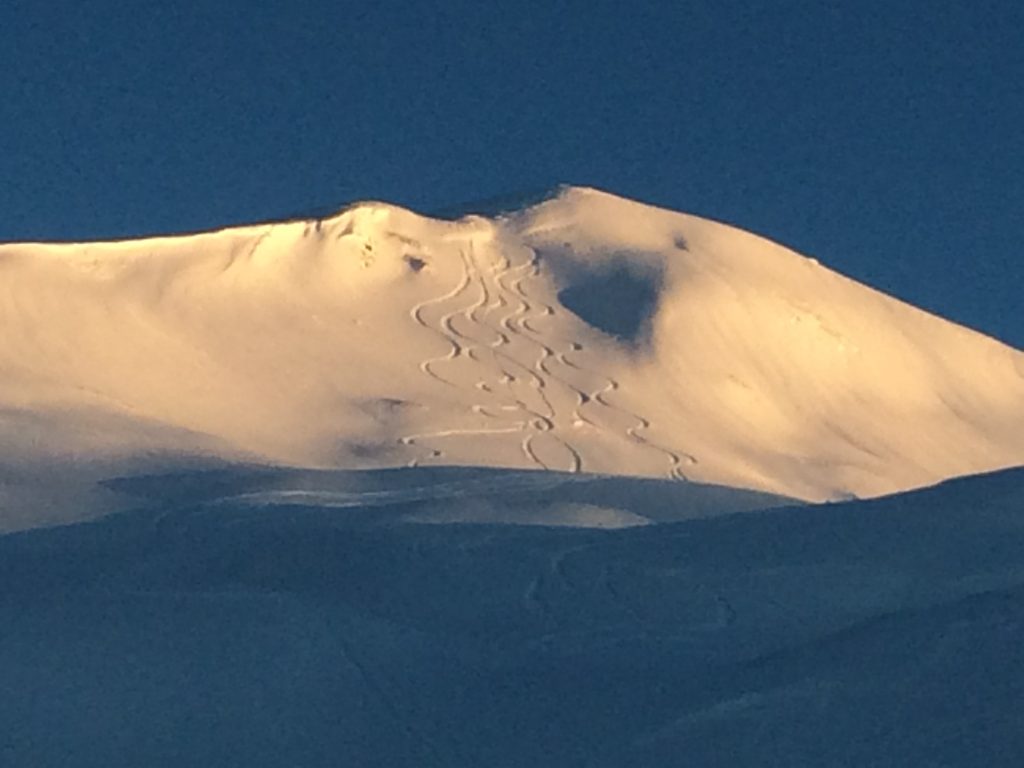 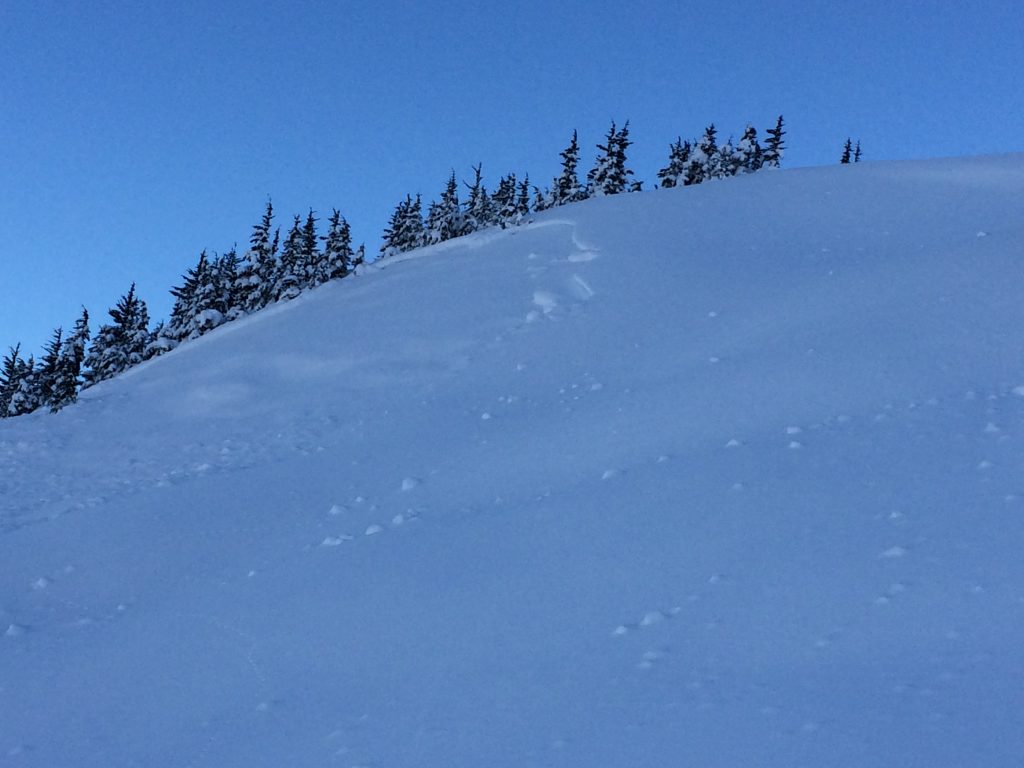 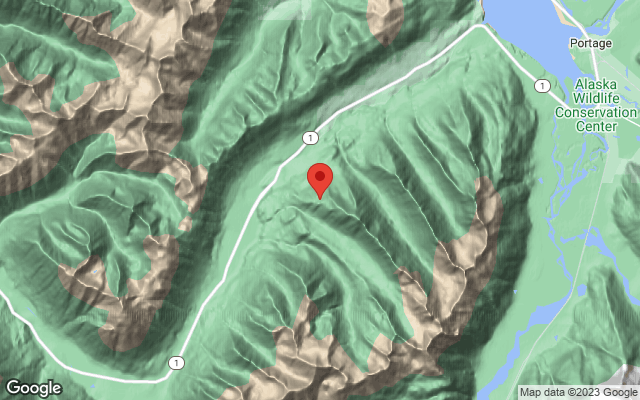