Weather:
Warm and stormy. Rain below 1200’ish and wet snow (.5″ per hour) above. The snow was noticeably drier at the 2,500′ elevation. Winds were strong from the East and funneling from the North through the Pass. Obscured skies.

Signs of instability:
Recent avalanches – yes. One wind slab triggered by a small cornice fall. ~50′ wide and 12-18″ deep running 1-200′. Assuming a few more of these were occurring at the higher elevations. Wet sluffs could be initiated on steep (over 40deg) slopes at treeline. These were entraining all the new snow and could be an issue on longer steep slide paths. No collapsing and minimal cracking.

Snow surface:
8″ of new wet snow at 1000′ and 10″ of damp snow at 2500′ as of 2pm. Wind was getting into the trees near treeline and forming wind stiffened surfaces that were punchy and wind slabs up to 10″ thick.

Snowpack:
The new snow was sticking well to the old crust underneath. Below 2500′ the crust was soft and warm (as opposed to hard and a good/slippery sliding surface – though this is likely the case higher up). 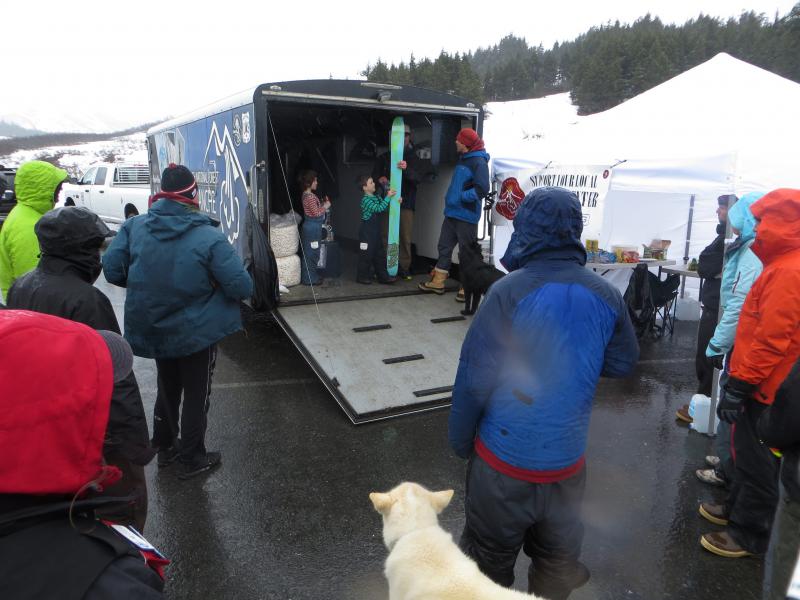 Thanks to all who came in the rain for the CORN HARVEST! 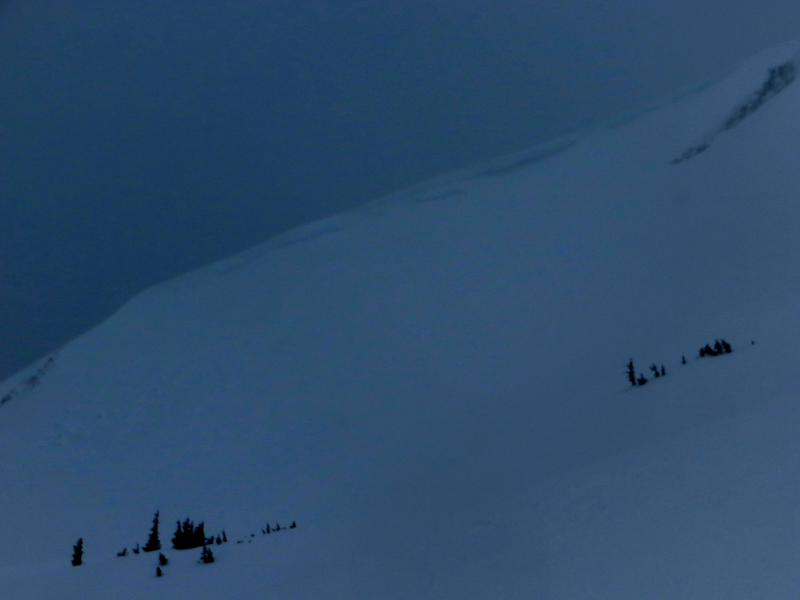 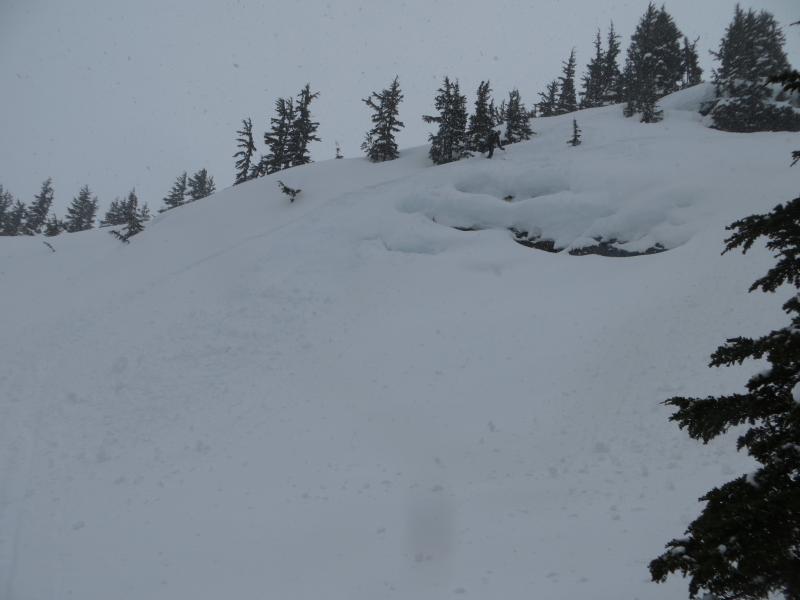 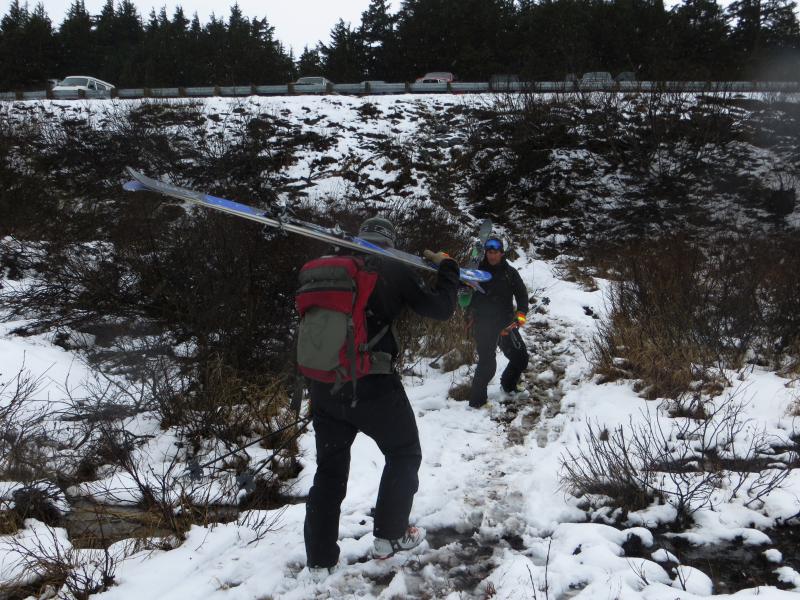 Little snow left at the road level since the rain snow line is fluctuating right around this. 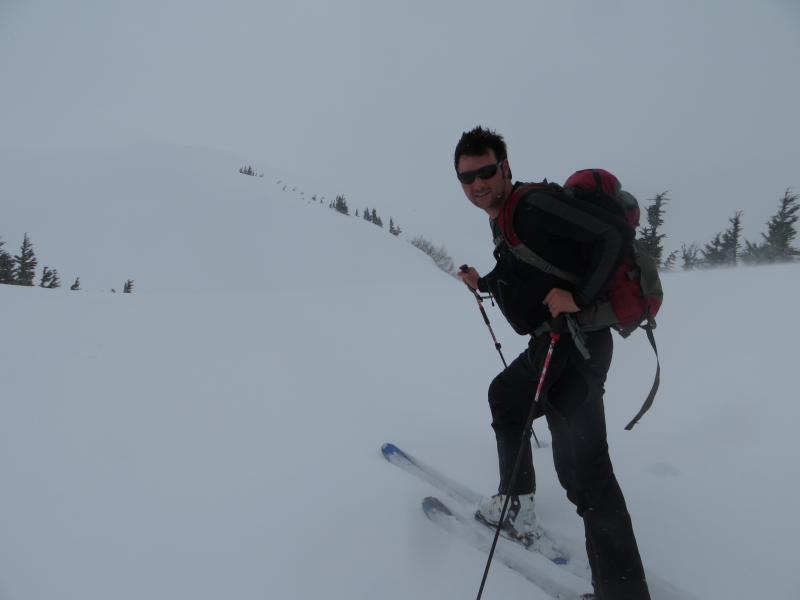 Graham Predeger leaning into the wind gusts around treeline 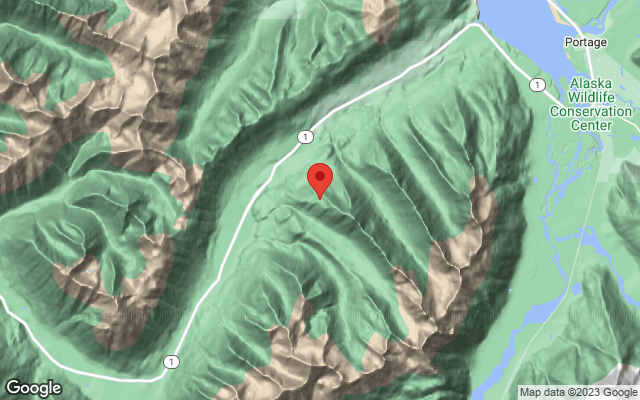