At 10am, a group of nine APU students along with Professor Eeva Latosuo and
Instructor Sean Mcmanamy arrived at Tincan to conduct our weekly snow science
class. Upon arrival, skies were obscured and a light snow was falling. We
proceeded to skin up above the tree-line on our way to 2,200 feet. During our
ascent, we observed no signs of instability or witnessed shooting cracks or
whoompfing. At higher elevations, a South-Southeasterly wind was persistent at
5-15 mph. At approximately 2,200 feet, above the tree line, on a 32˚ slope
facing the North-Northwest we dug a complete study pit measuring 150cm in
height. Four dominant layers were present including 20cm of new snow at the
surface, 35cm of decomposing rounds, 60cm of rounds, and a bottom 35cm of
clustered rounds at the base. Ranges in density and hardness were very apparent
ranging from fist at the surface and pencil at the base, presenting us with a
right-side-up snowpack. We observed a normal temperature gradient of
approximately 1˚C per 10-20 cm. Five compression tests we performed resulting
in CT16Q2@110cm, CT29Q2@110cm, CT26Q2@110cm, and CTN(2). The column failed at
the interface between the decomposing new snow that had fallen over the course
of the week and the sintered, harder rounds below. The snowpack observed little
to no energy, confirming our earlier observations. Study plus-pits were
conducted at a slightly higher elevation at a northern aspect to confirm that
the same layer that was failing below was homogenous throughout. The new snow
was light and easy to turn in. Skiing conditions were fantastic to the parking
lot. 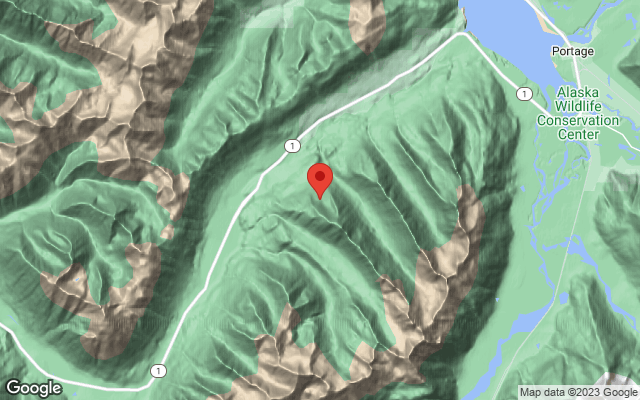