Toured up the standard Tincan up-track to treeline (~2300′) and then the alpine (~3000′). Also poked around in the trees in the WNW area under the end of CFR.

Windy with winds 15- 20 gusting to probably 30 occasionally.
Snowing all day .5 to 1" per hour. Snow wet at all elevations ~6" fell during the day at higher elev.
Temps in lower 30s at lower elevations and high 20s in the alpine

Only dug a pit @2900' and a few hand pits on the tour up. All elevations showed a very dense snowpack under the new snow. At lower elevations the pack is everything from very wet to wet. From about 2000' up into the alpine the snow dries out more but even at 3000' the snow throughout the snowpack is dense and moist. Easy to form hard/dense snowballs 190cm down.
Various MF crusts were found up to treeline. At 2950' there was a 3 cm MF/ice crust buried about 50 cm below the surface with a ~15cm 1F/P hard MF crust under it.
Stablity tests were not very reactive: 2950' 33 degrees WSW; CT12 RP @25cm failed on older storm snow. ECTNR (ECTX)
Noticed, in the areas below the base of CFR ridge, small glide cracks forming in the trees below 2000' and even the remaining bedsurface of recent avalanches staring to separate and move down slope. 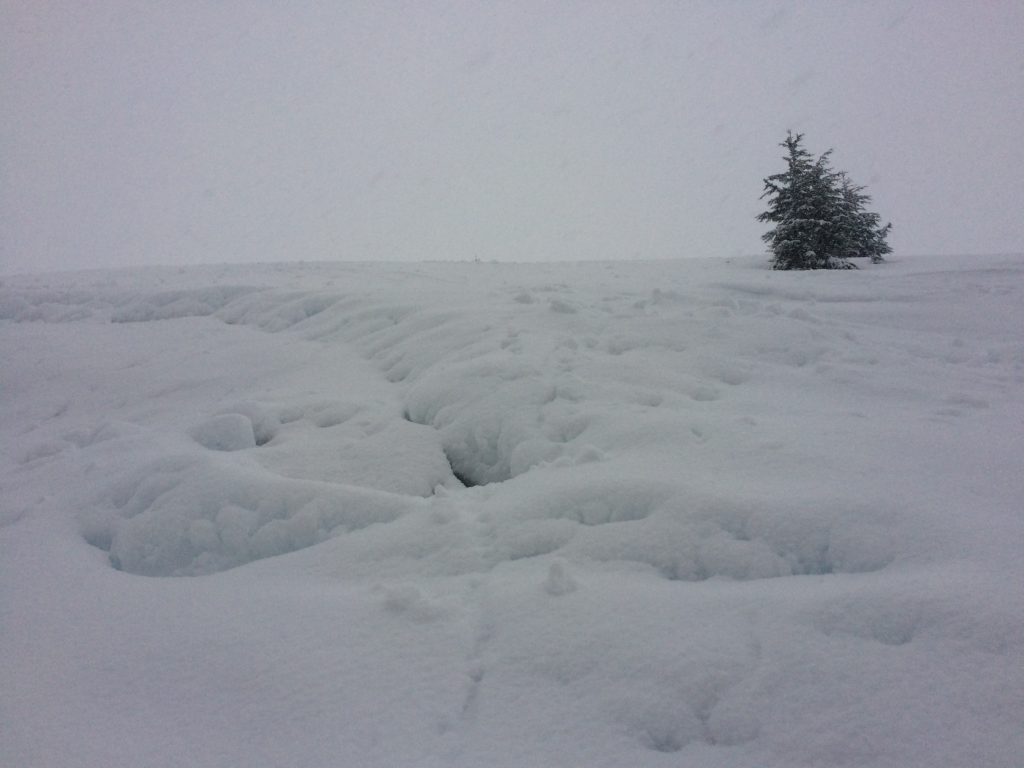 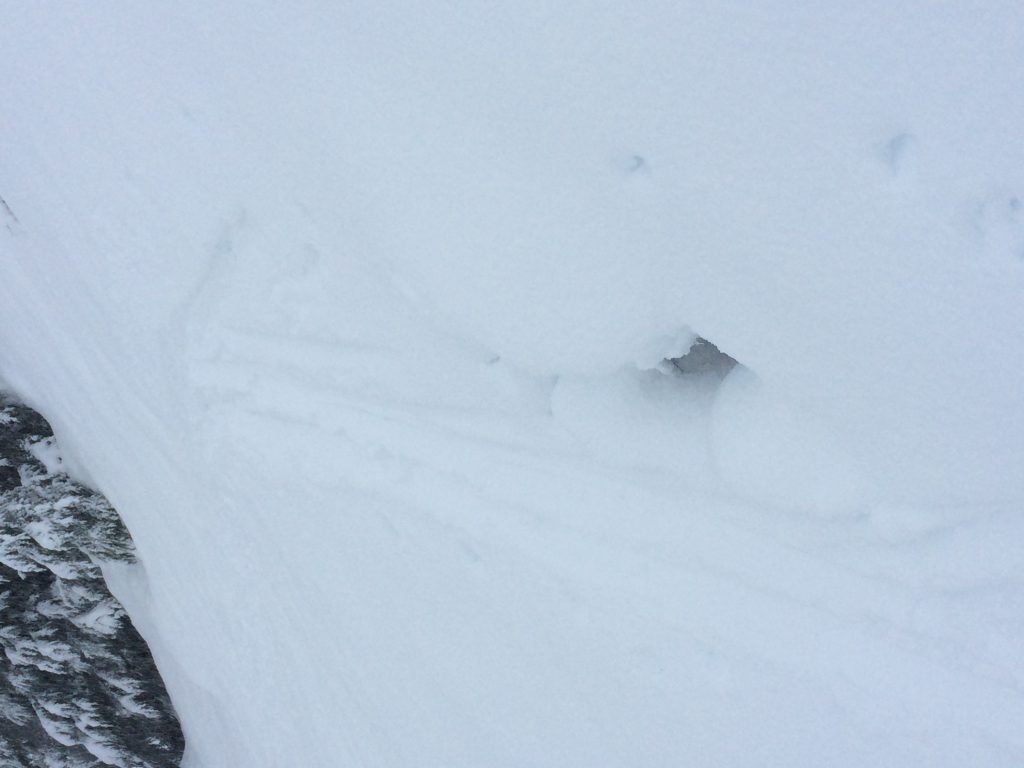 Small area starting to separate. It doesn't show in the photo but there is a crack propagating 5' - 10' across the slope in both directions. 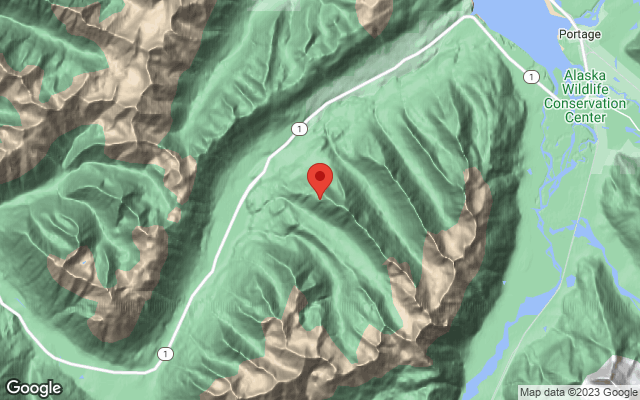