Very limited visibility today but did get an idea of how Turnagain Pass looks
after yesterday’s (Tuesday’s) 100+ mph winds and around a foot of snow (~1″ water).

Many, but not all, of the Seattle ridge east facing gullies have some debris
at the bottom but crowns were hard to identify and/or look to be filled in by
snow/wind. Ridges and sub-ridges are scoured to the rocks in many places. Wind
looks to have blown hard in many areas from the ridges down to treeline in general.

Pictures are from 2 pits dug to assess bonding of storm snow and around the 1/7
rime crust.

Bottom line for now with the crust is we need to keep an eye on it for future issues. It doesn’t seem to be reacting currently but limited obs from higher elevations are keeping that still a question. 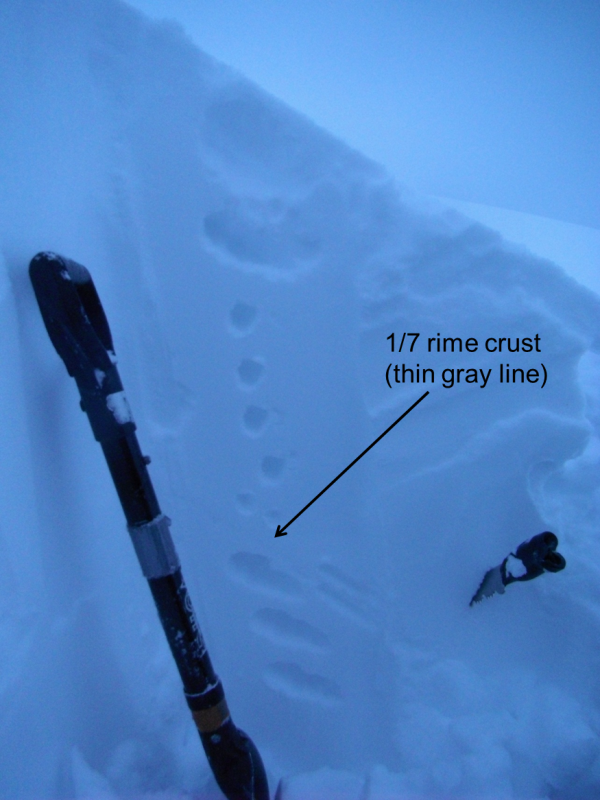 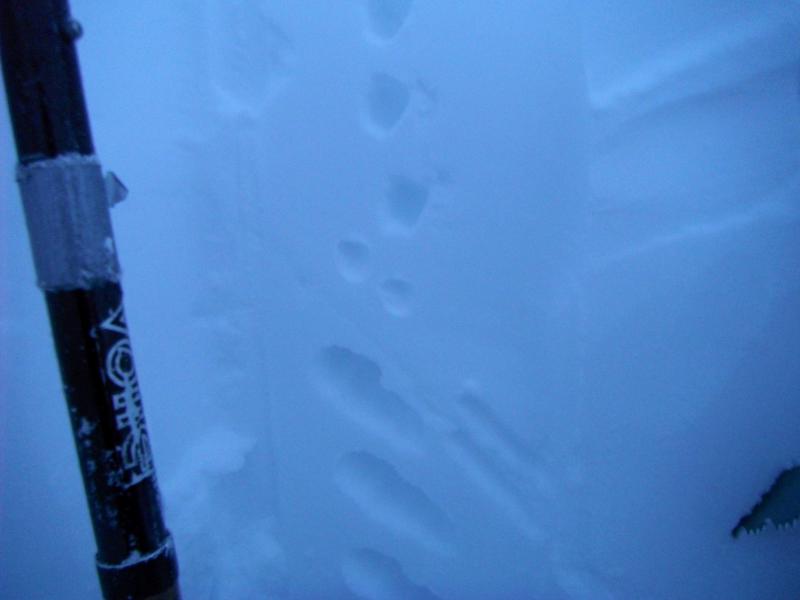 Close up of the buried crust 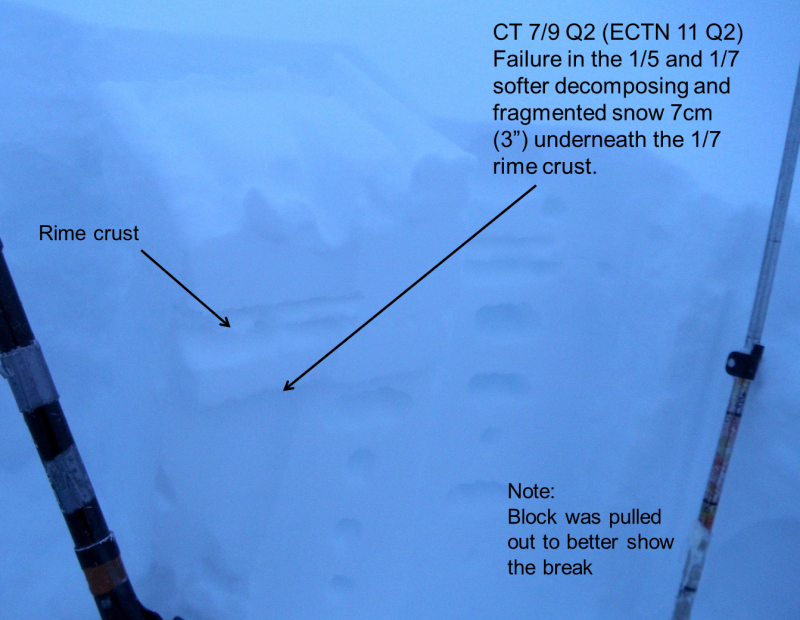 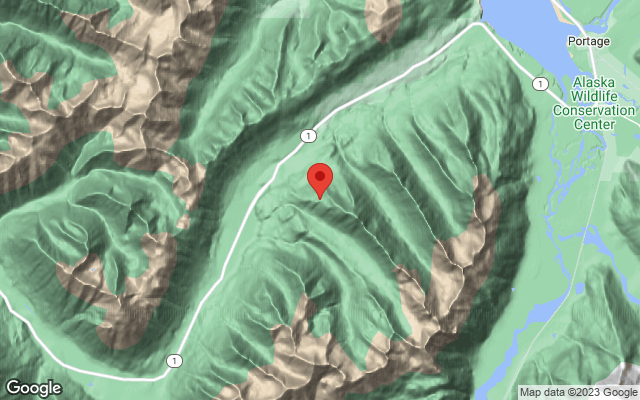