We remote triggered several storm slabs on steeper rolls in the upper treeline on Tincan. They ranged from 50-100' wide and 10-20" deep. The propagation was very wide considering how low angle the terrain is overall. On some crowns shooting cracks extended up to 50' wider than the crowns into lower angle terrain. They were releasing on a melt freeze crust at the interface with the old snow surface. We did not see any surface hoar on the bed surface, but the nature of the propagation made me think there was probably either buried surface hoar or facets above the crust acting as the weak layer.

We also ran into two other groups, both of which had triggered similar avalanches and were also surprised how reactive and wide propagating they are. No one was caught or involved as far as we know, mostly they were triggered from lower angle terrain adjacent to steeper slopes.

We also saw shooting cracks on many features that were just not quite steep enough to slide.

Snowfall throughout the day ranging from light to very heavy at some points. Wind was transporting snow in exposed areas above 1500'. Temperatures were in the low 30s at the trailhead and 20s at treeline, and snow was falling down to 1000' at around noon and then snowline moved down to 200' in the afternoon.

New moist snow on the surface. About 4" deep at the road at the start of the day and closer to 8" deep in the afternoon. At treeline there were 8-12" of new snow in protected areas with up to 24" in wind loaded areas. The new snow started to feel drier at about 2000'.

We did not find any interesting results in our snowpits which were at 2300' on a S aspect and 1800' on a NW aspect. On the south facing pit I dug down to 180cm to look for the buried surface hoar layers and did not find them. This was a wind loaded area with about 30 cm of new snow from the past 24 hours, so those layers might have been deeper than I dug. It was also storming pretty hard during the time we dug these pits which made layer ID a bit challenging, so it is possible that I just didn't see them. There were several melt freeze crusts in the upper snowpack that were adding a lot of strength. We didn't have any propagating results in our ECTs.

After remote triggering the first avalanche on our first run we stopped to dig a pit and look at the weak layer. We found a breakable melt freeze crust with about 30cm of moist new snow on top. Our ECT did not show any propagation. We had descended several hundred feet since the slope we had triggered and the surface snow had become more moist, so it is possible that the more reactive slab/weak layer were in areas withe drier new snow at higher elevations. 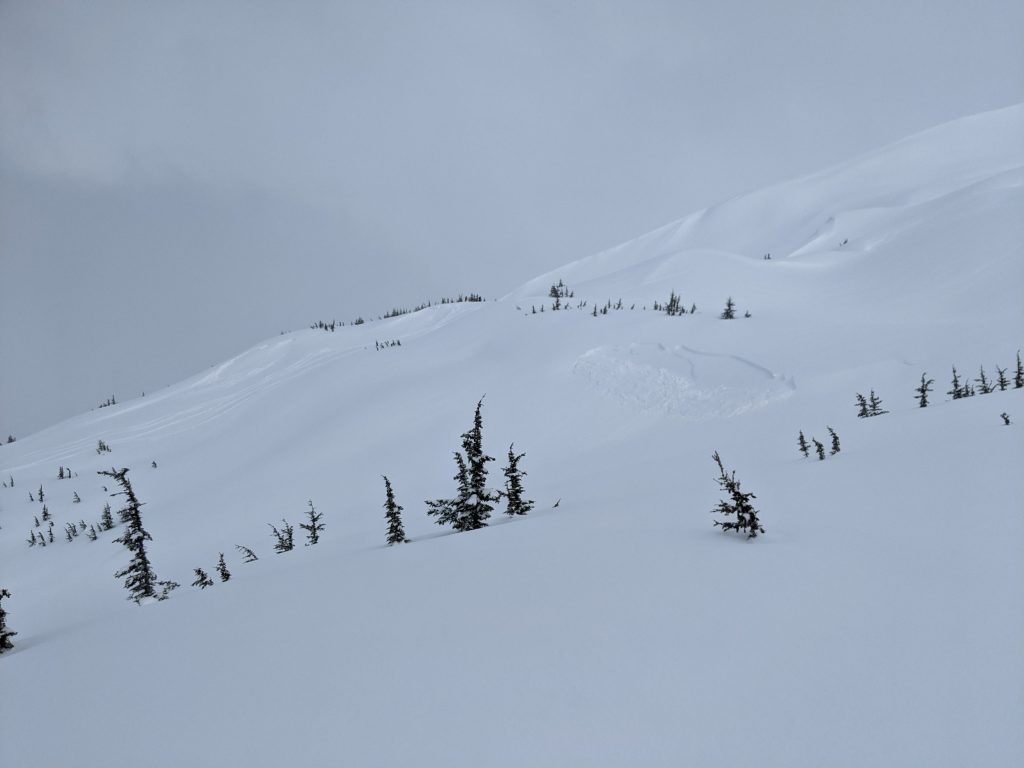 A couple of fresh remote triggered avalanches near the normal uptrack. 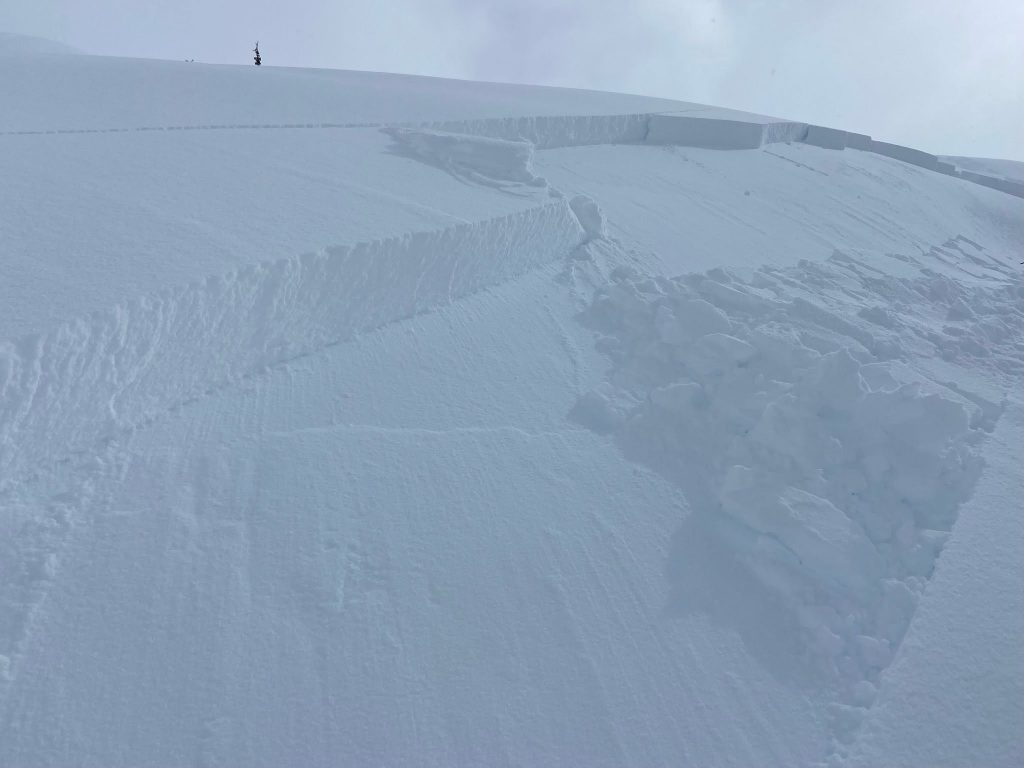 Larger avalanche just above treeline, photo from an anonymous skier we ran into on the skin track. 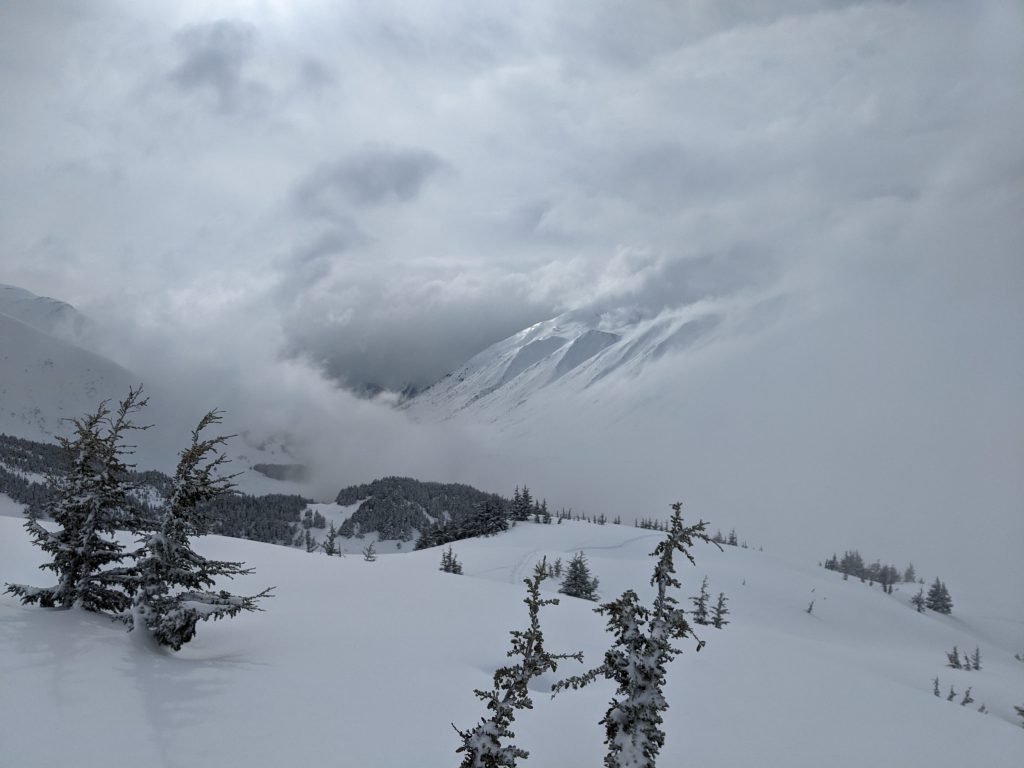 We had a few brief periods with decent light and some visibility. 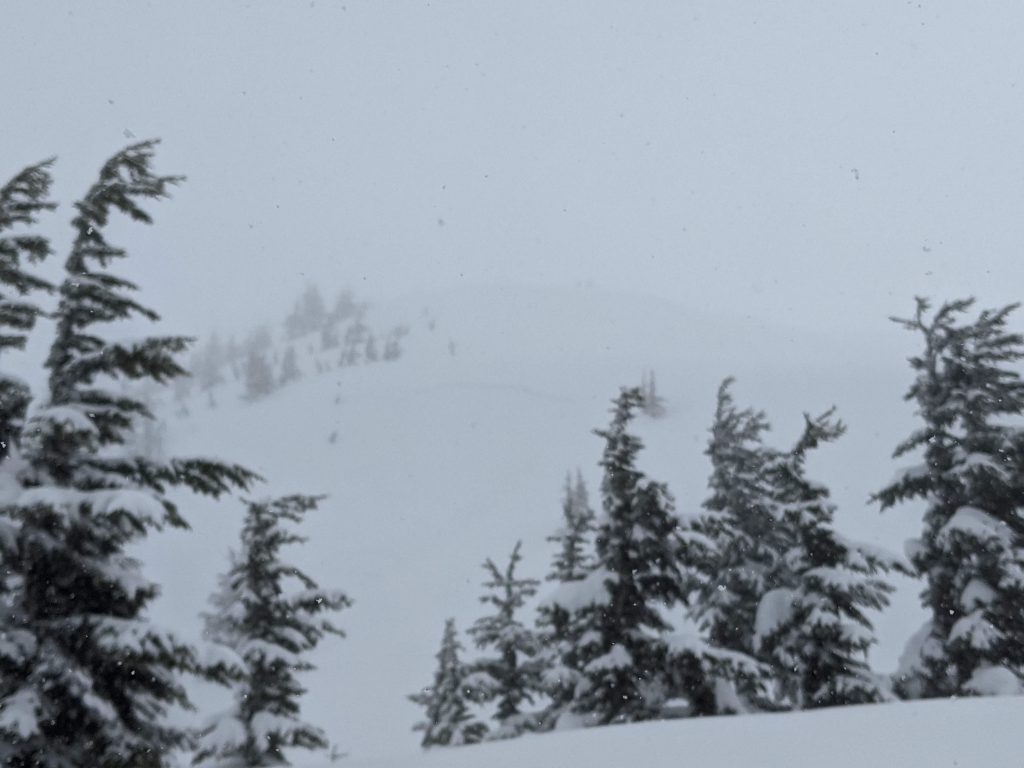 Most of the day looked like this, with heavy snow and moderate winds. 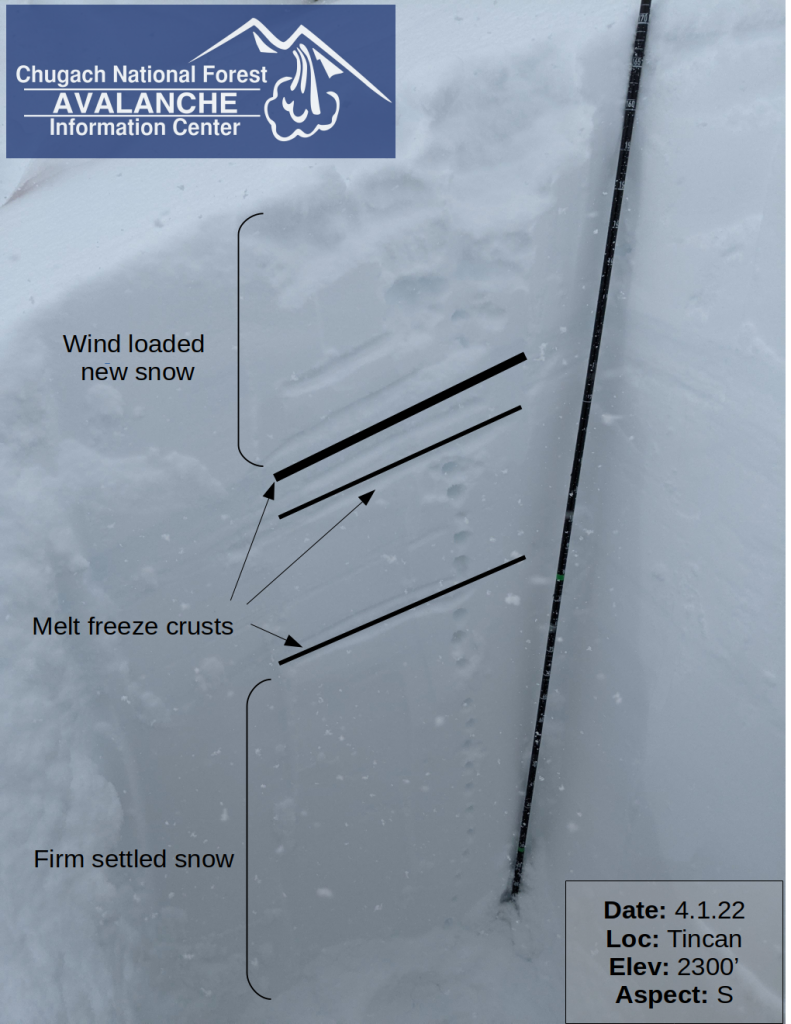 Snowpack structure from our upper S facing pit at 2300'. 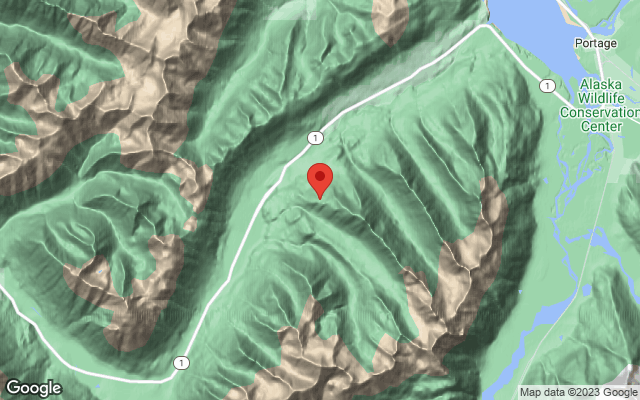