Multiple skier triggered and a few natural soft slab avalanches below and at treeline today in Tincan Trees, mainly D1-1.5s on steep rollovers, though some folks spoke of larger ones more to the north of where we skied (we stuck to the skin track route). These ran on buried facets/surface hoar that was covered by new snow in the past 24 hours. Slide depth was = to storm depth of ~16-20", with some variation due to wind transport. See photos below for examples. At least two naturals at or below treeline as well, which appeared to have run this AM as they were only covered by a few inches of snow.

Other than some sluffing off the steeps of CFR ridge, NO natural avalanche activity observed above treeline, with a mid-day broken skies giving a good look at the north aspect of sunburst, common, and sunnyside as well.

On top of recent avalanche activity, whumphing was frequent above 1500' whenever stepping off the skin track. Whumphs were of two qualities - many quieter ones that seemed more localized. At treeline near the beaded stream station, one whumph sounded deeper, and seemed to travel 100+ yards.

Cracking occurred on slopes as low angle as in the high-20s, as well as on slopes in the 30s that did not slide.

Two quick pits/profiles were dug at sites of slides: 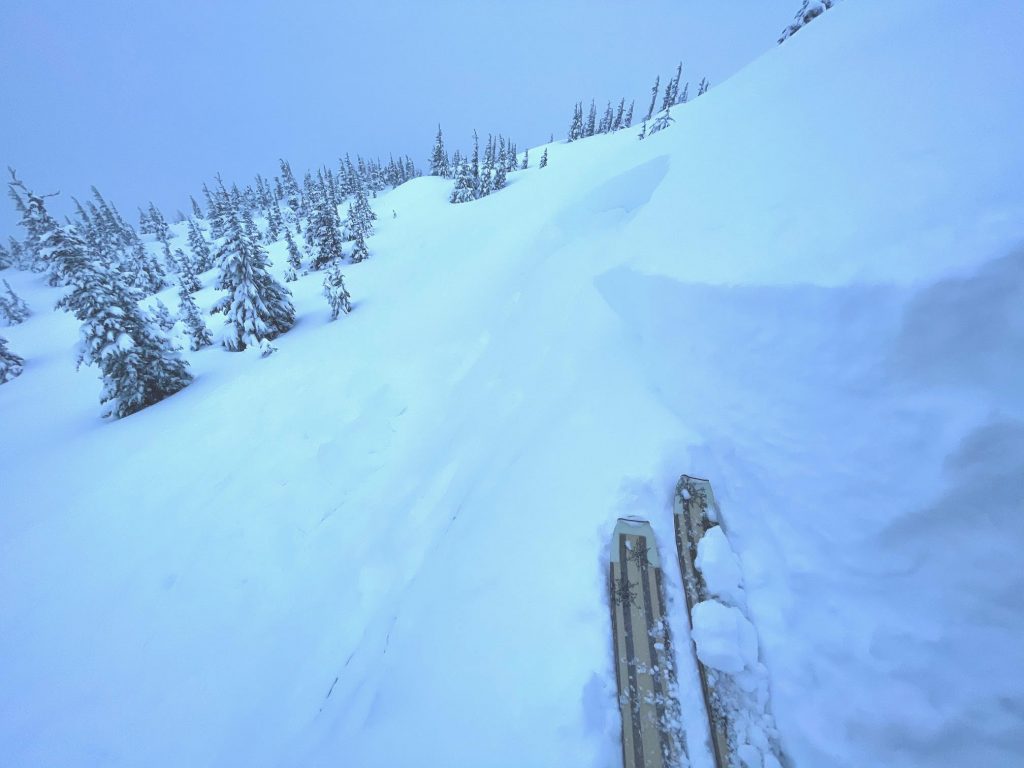 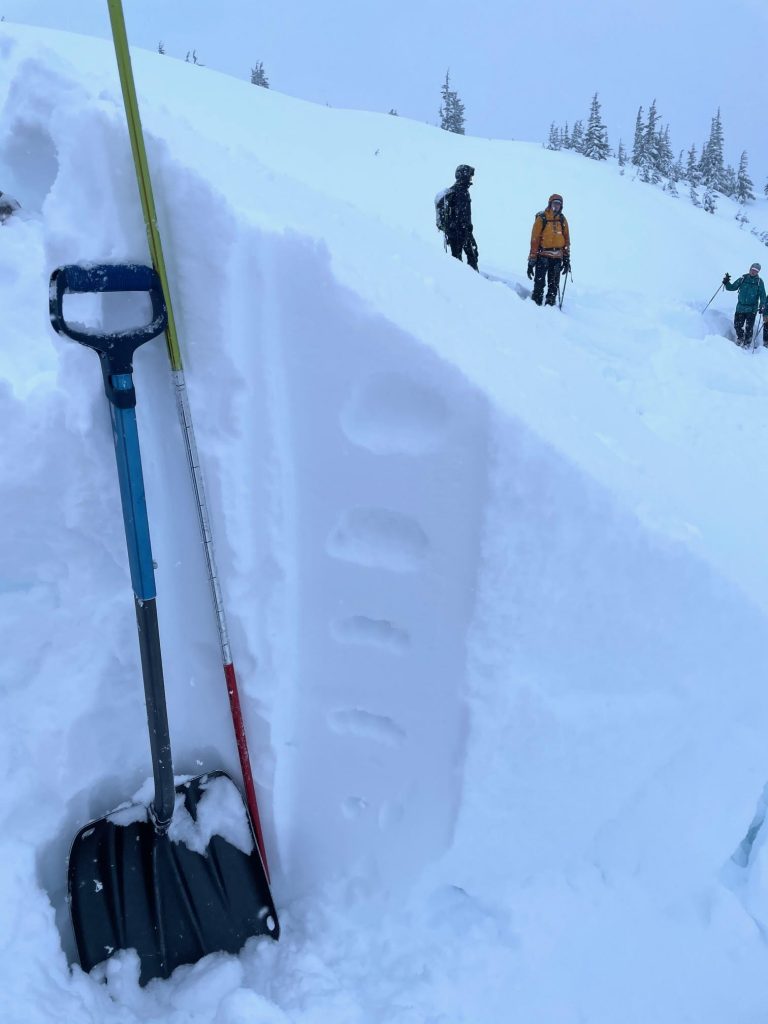 Crown profile of the rollover above, at the thickest part of the slab 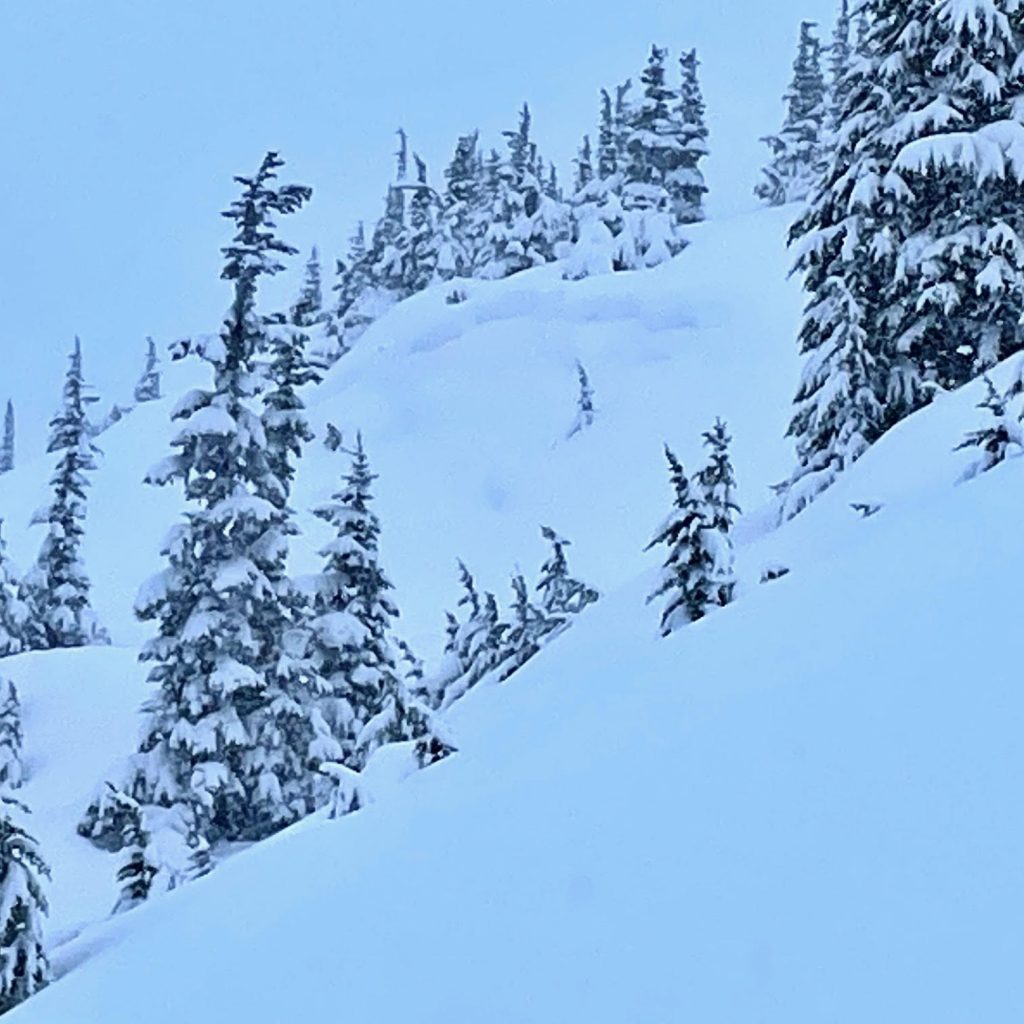 Likely natural observed near 2000' in the trees on a rollover 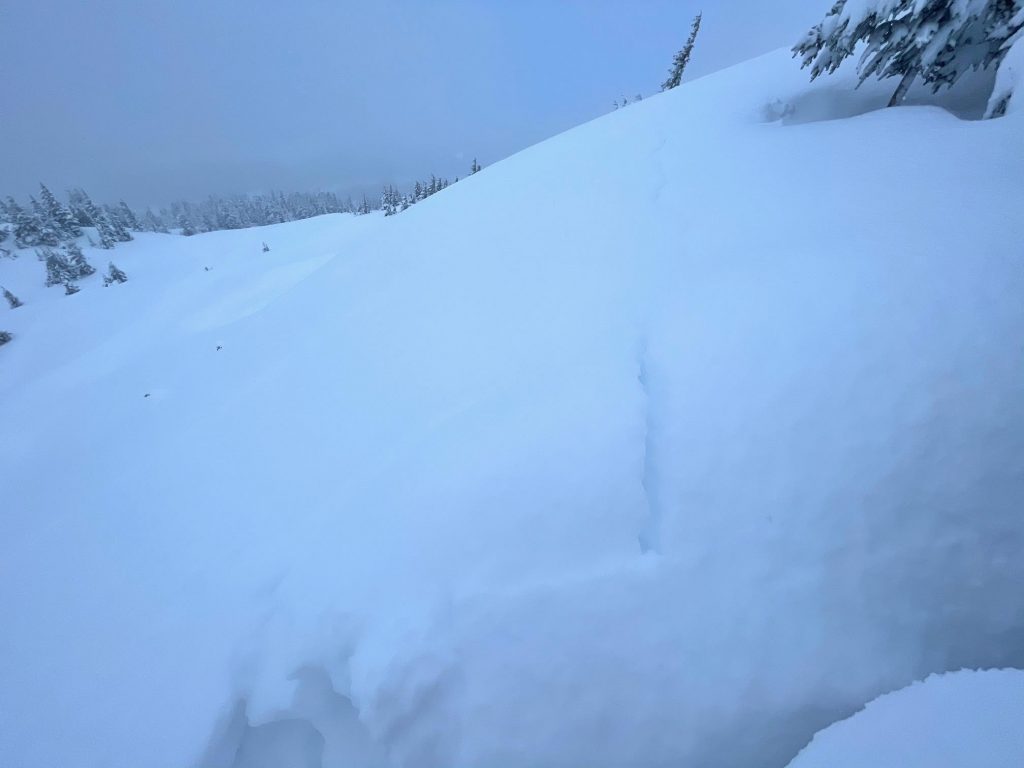 Previous skier triggered tracks and runout visible in this photo at 2200' (treeline) on a NW aspect. Pit #2 was dug at this location 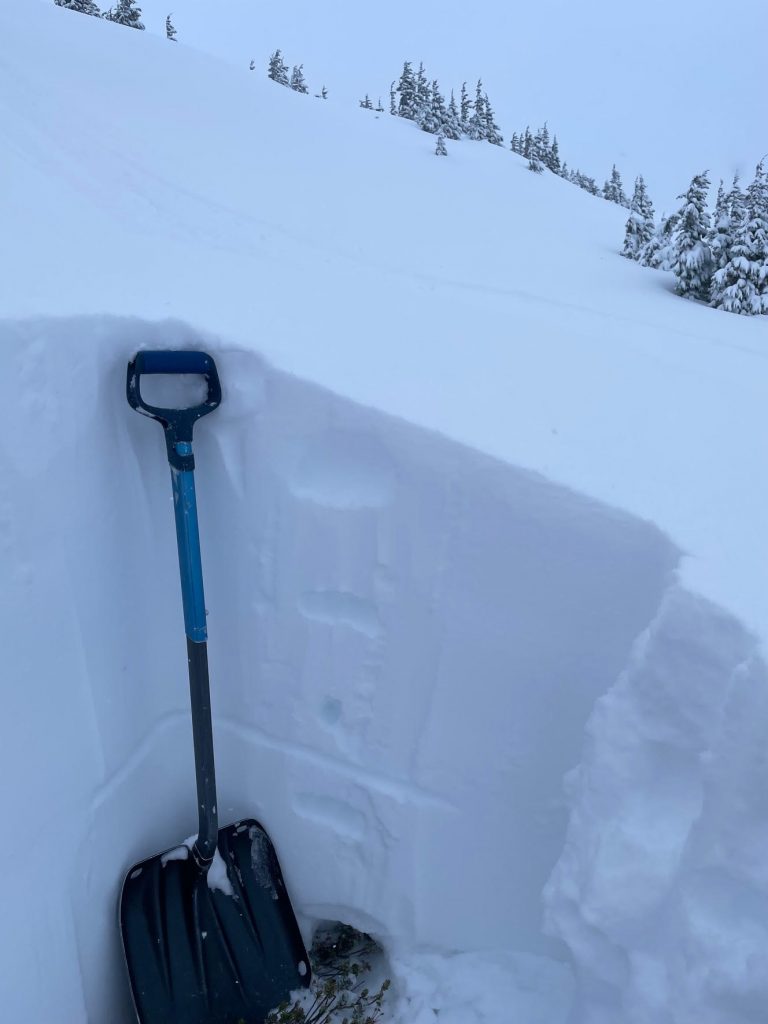 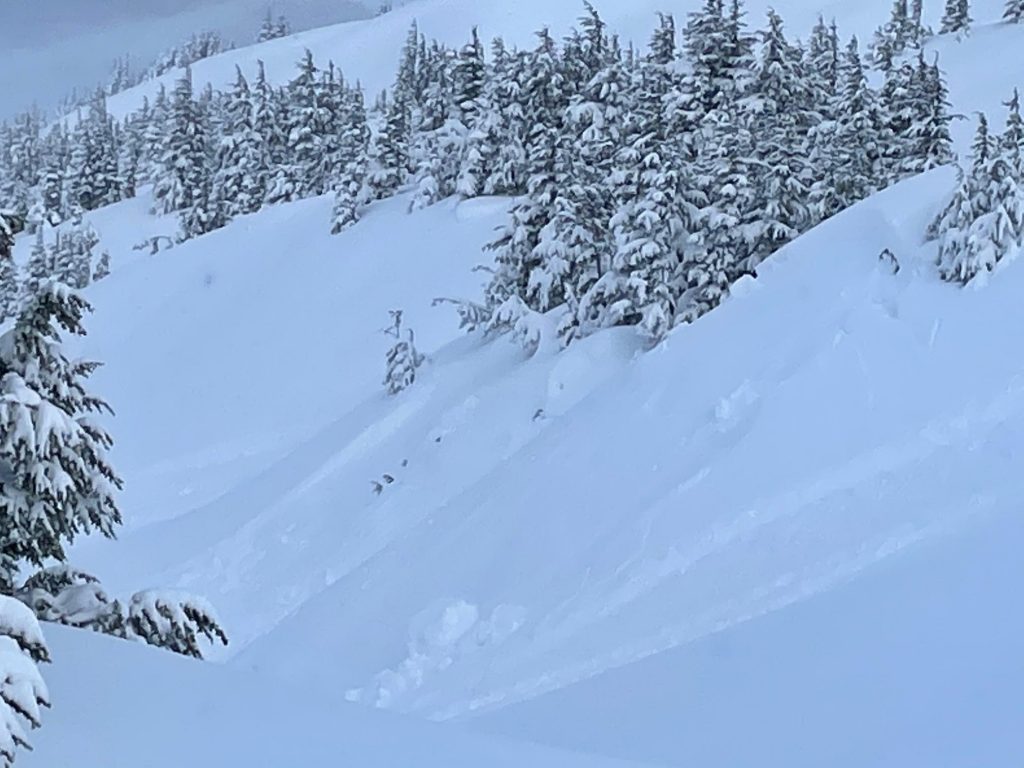 Several crowns - possibly remote from nearby tracks? - on steep rolls at Tincan treeline 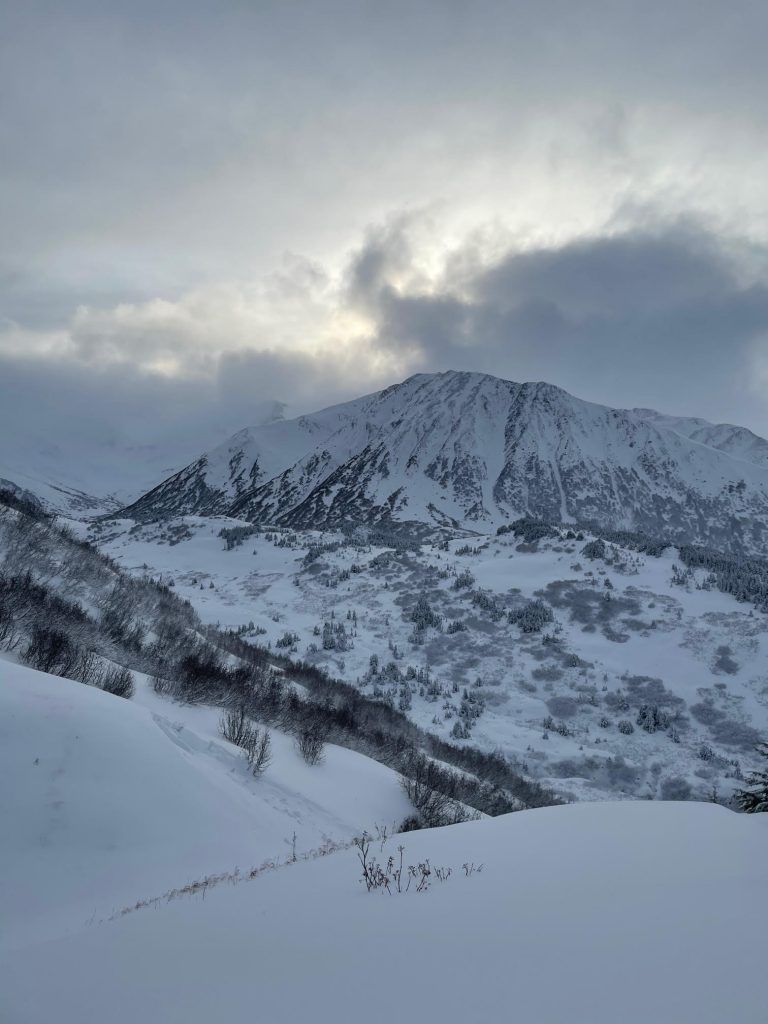 Note the natural soft slab in snake pit lower center of this photo. Broken skies midday revealed no natural activity on this aspect of sunburst. 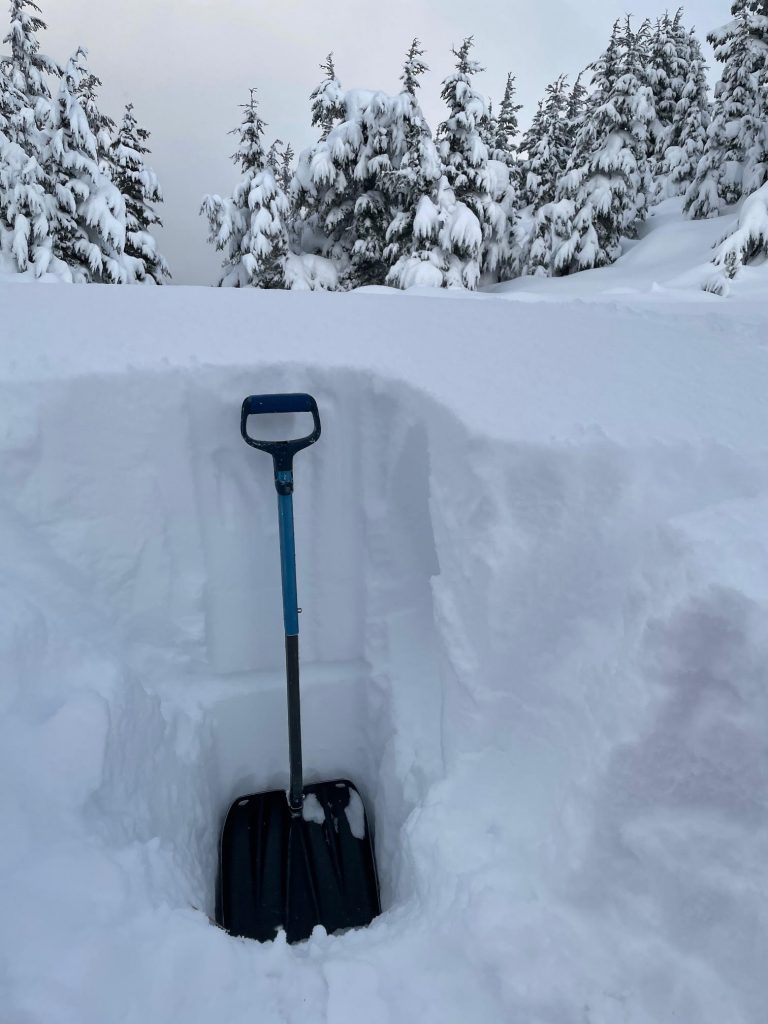 New/Old Snow - 20" of new by mid-afternoon! This photo is from 1500' and was representative of new snowpack to treeline. 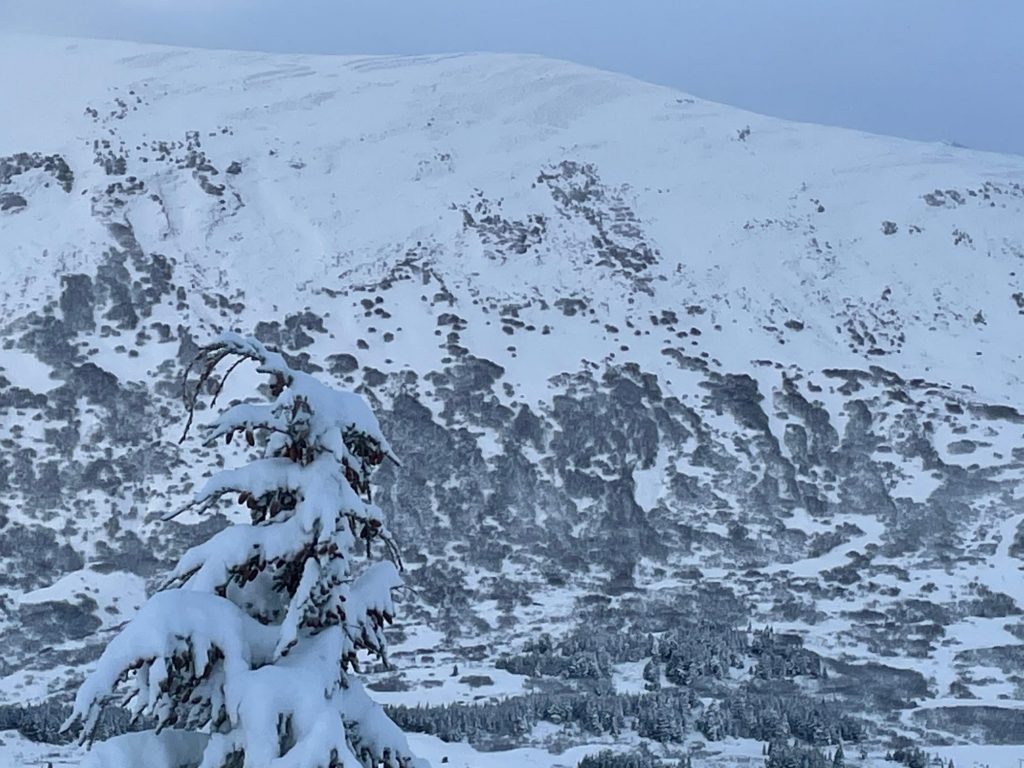 Winds transported even this new snow off the SE aspects of sunnyside. 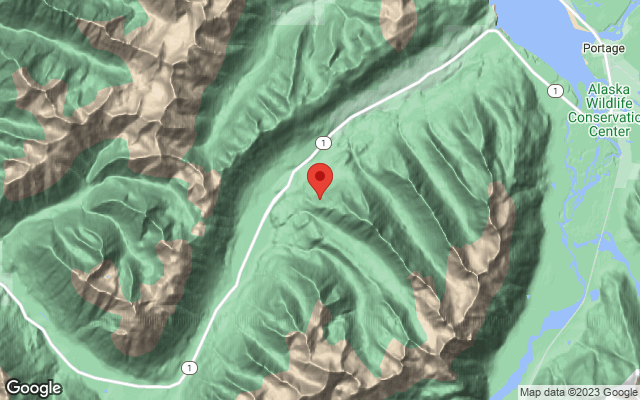