Today we left the Tincan parking lot and initially found an inverted snowpack
with warmer, dense snow sitting on top of the cold, blower powder. Air and
snow surface temperatures were just around freezing and we could easily make a
snowball with the top few centimeters of surface snow. The winds kept getting
stronger as we climbed towards treeline and the snow surface gradually became
less inverted; however, all the blowing snow was quickly building stiff
windslabs that would fail easily with ski cuts on steep rollovers (see photo).
We talked to one party that was skiing laps in the trees and they reported
triggering several of these small slides throughout the day, with the largest
around 50′ wide, 1′ deep running 100′.

Driving back we saw one natural D2 slab avalanche – gunners right Peterson Cr path
that faces the Seward Highway. Approximately 2-3+ feet deep, ~200′ wide and running
to the bottom of the slope. This was a lower elevation avalanche with light rain on
snow as suspect trigger – crown around 500′ in elevation. 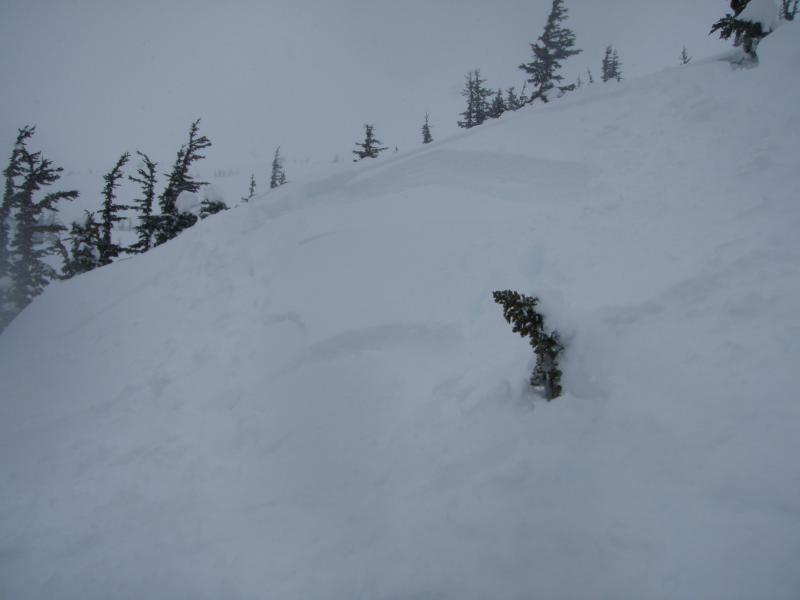