Tour up to treeline to assess the new snow character and how it is bonding with the old snow surface. Bonding was poor and several human triggered avalanches occurred on the small terrain features of the Tincan Trees.

Several human triggered soft slab and wind slab avalanches on the Tincan rolls near and below treeline today. Appeared all avalanches were failing on buried surface hoar. Most were small due to the small terrain features. Most were around 12" thick, one wind slab was up to 3' thick at the crown. Also, one larger slab was noted under Jerome's Dome and was 1-2' thick, 150-200' wide and running 150-200 long. See photos.

There was NO visibility for any observations or travel above treeline.

*Drove to Sunburst after tour, only 4" new snow and Johnson Pass, 3" new in parking lots. North end of Turnagain Pass clearly favored by this storm.

New snow was collapsing and sheering easily on the surface hoar it fell on in many locations. However, good bonding was also seen in some areas (likely due to skier traffic yesterday during the beginning of storm.

See pit photo for structure. Essentially, new snow fell over buried surface hoar which sits over 1-3" of near surface facets which sits on a harder layer of ice/wind packed snow/wind crust. The most reactive layer at this point looks to be the buried surface hoar. The culprit for the many human triggered avalanches today. 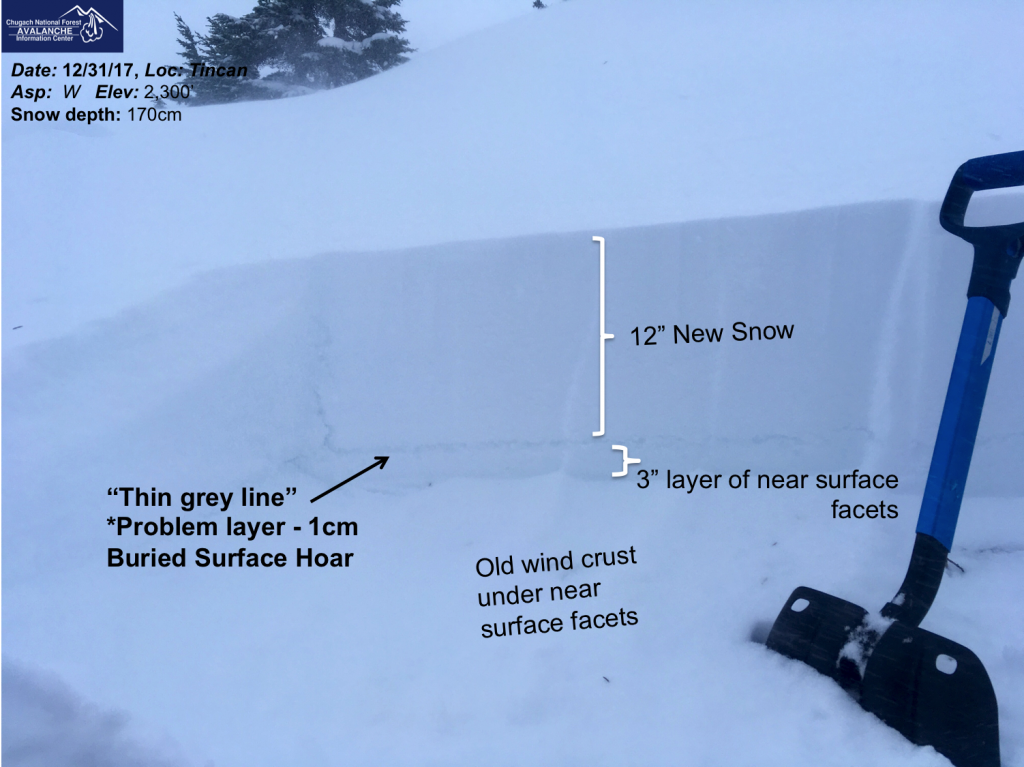 The thin grey line - tell tell sign of buried surface hoar, not what we want to see in our snowpack 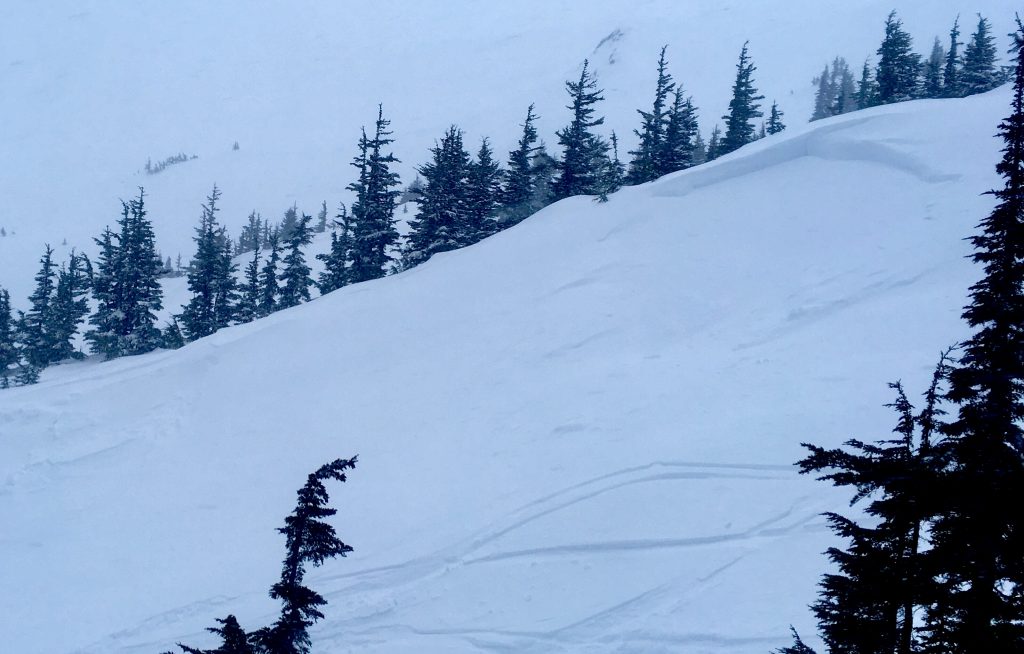 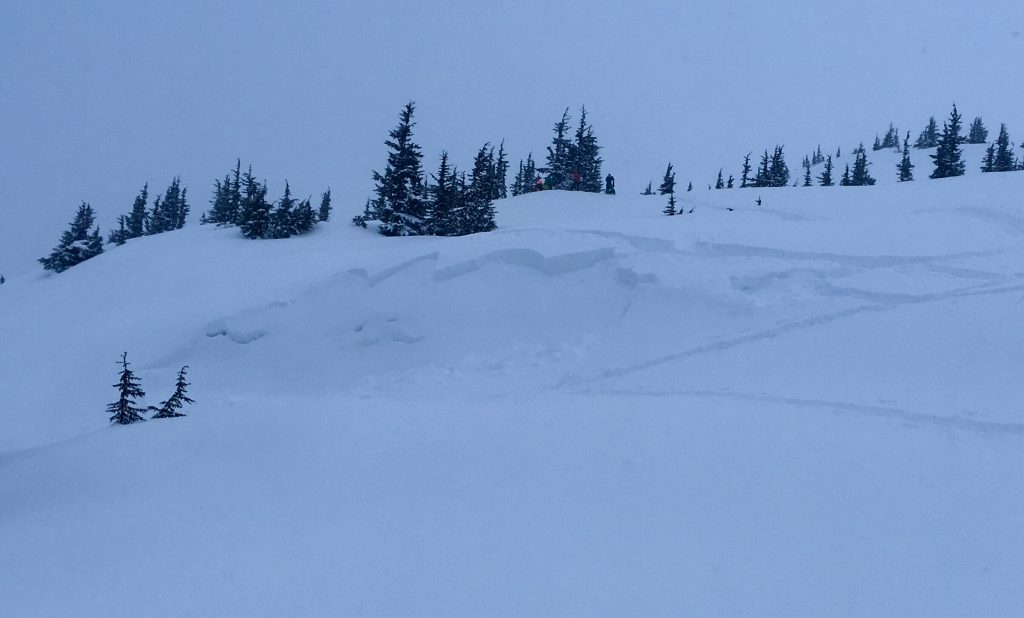 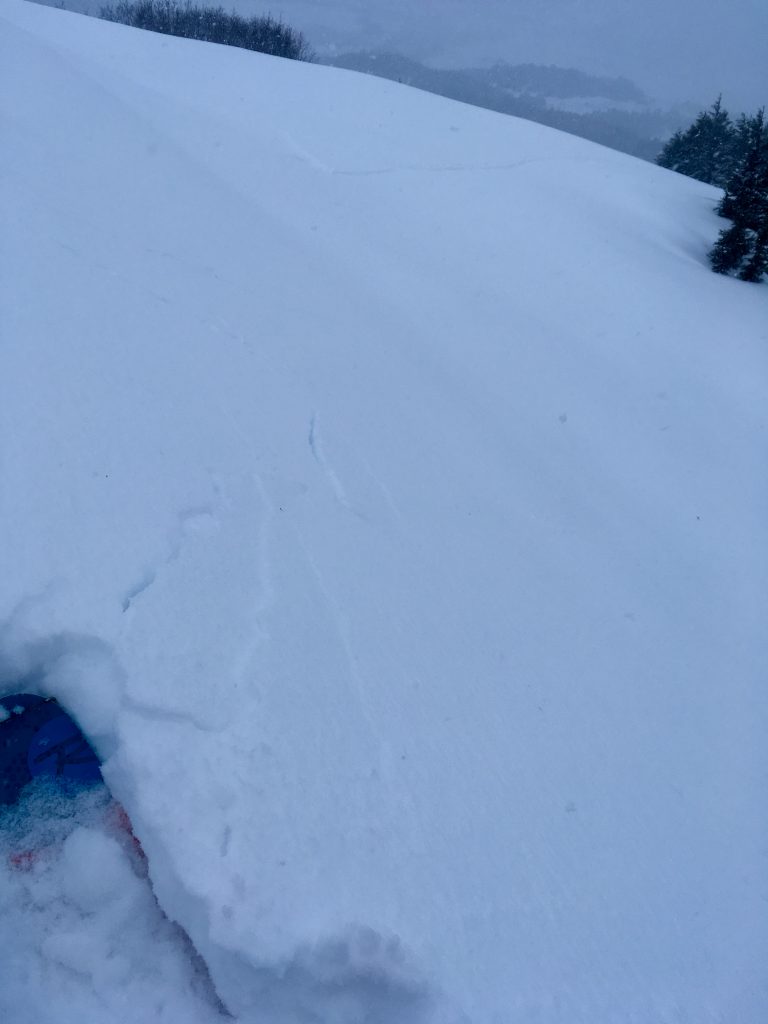 Shooting crack along treeline on Tincan 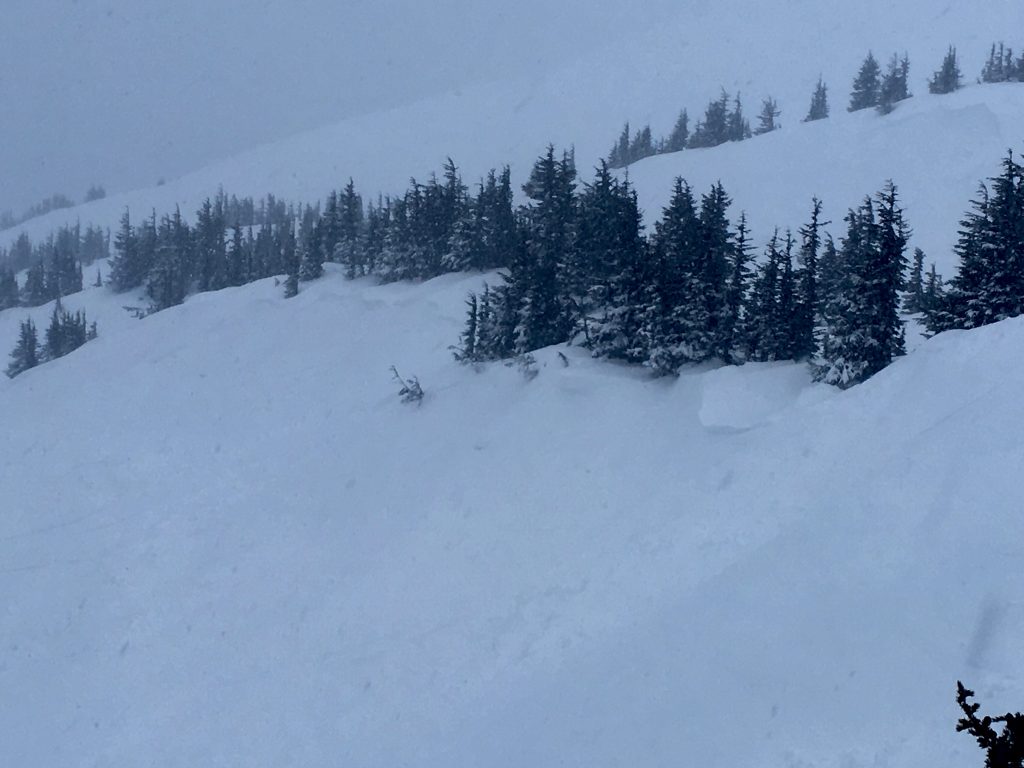 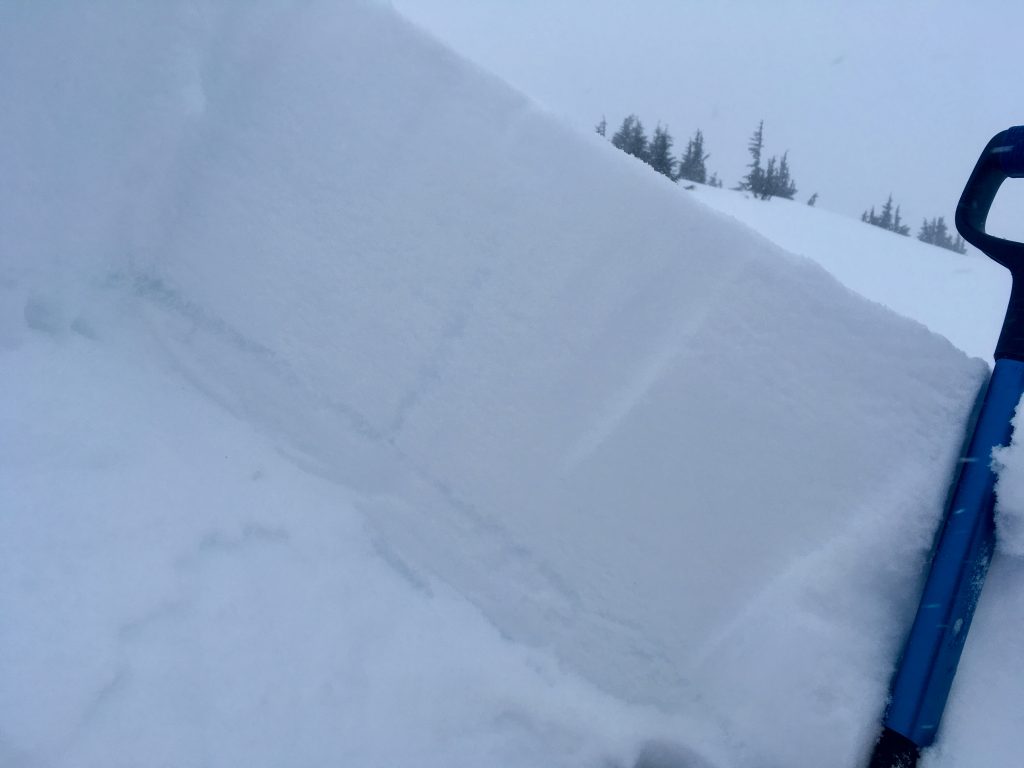 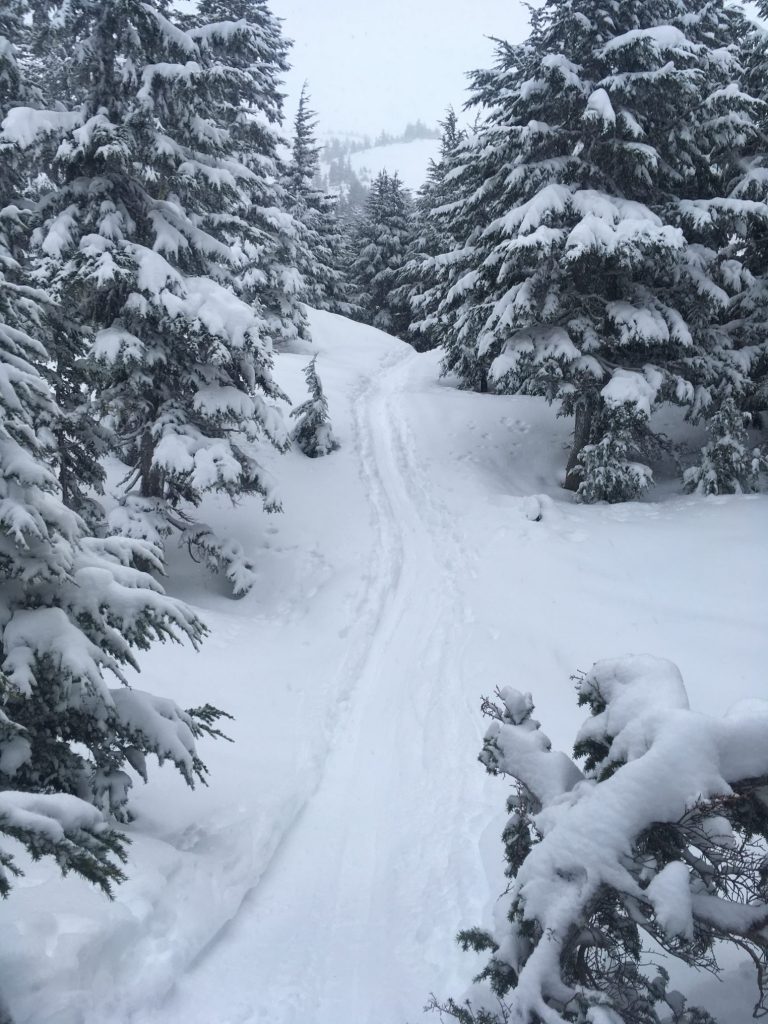 Finally some new snow for the New Year! Tincan uptrack filling in slowly 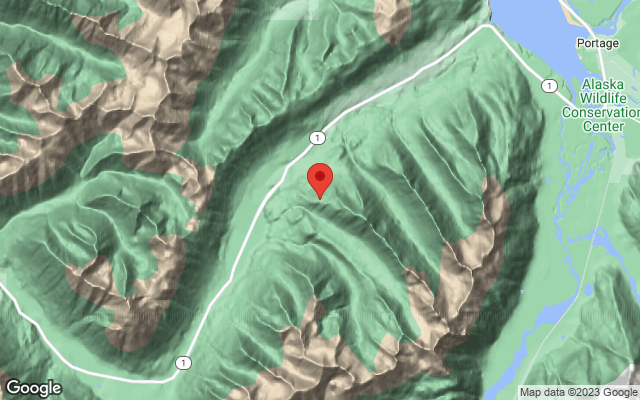