Weather:
Overcast, temps in the low 30’s, light east winds, light precip in form of rain low, but trying to snow up
around treelike with only a trace of accumulation.

Below the Surface:
We dug several pits at 2200′. The slab depth ranged from 40-50 cm. The weak layer of facets was 15 cm
thick. The hardness of the weak layer was mostly fist.

Snow Science 2 students conducted series of hybrid ECT tests with column width ranging from standard
90cm to 400cm. Each one of these tests failed at the base of the problematic faceted layer with 18-22 taps
and propagated across the whole column. While the weak layer is taking a little to initiate the failure, high
propagation propensity due to poor structure is quite exciting. 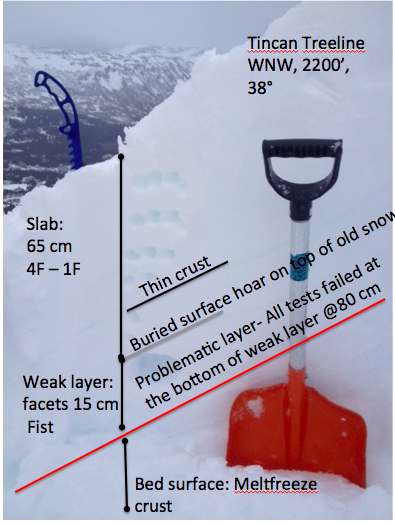 Poor structure was easily recognizable all of our pits. We conducted several ECT & hybrid ECT tests that all failed at the base of the soft faceted old snow on top of crust. 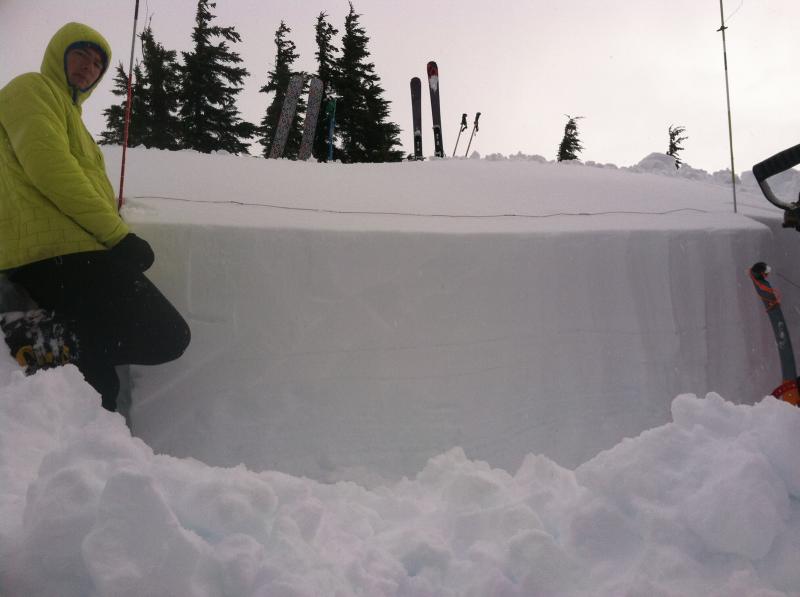 Snow Science 2 students conducted a series of hybrid ECT tests varying the width of column from 90cm to 400cm(photo). In each test, failure propagated all the way across the column!