10:00-16:00
Our three groups toured within the Center Ridge meadows and up to a high point of 2,200’ on Tincan. Our focus was to teach and assess the current snowpack and our instability tests showed no alarming results. The sun managed to shine through by 15:00 towards the southern end of Turnagain Pass, but light winds and warmer temps made for a great learning environment.

No cracking, collapsing or observed releases.
Test slopes did not provide any results.

900’ to1,500’: Decomposing surface hoar and near-surface facets sit above 3” to 6” of medium density, settled snow.
The 1/23 melt-freeze crust is approximately 20cm to 35cm below surface at lower elevations, with depth of the layer increasing to 80cm at 1,500’.
Various melt-freeze crust/facet sandwiches were present in lower elevation pits, but were stubborn or unreactive during tests.
Wind compacted layers, approximately 30cm to 40cm down, were spatially varied and distinct with treeline test pits, but were also unreactive.
Ski/Boot: 25cm/60cm

Our focus was to teach and assess upper snowpack reactivity, specifically on the 1/23 melt-freeze crust/facet combo, the 1/28 buried surface hoar, and the 2/9 interface of near surface facets and buried surface hoar.
Instability tests overall showed poor to fair structure, moderate to hard strength and low propagation potential.
The overall structure varied greatly between a right-side up structure near treeline to multiple crust/facet combos in the upper snowpack below treeline. The 1/18 and 1/23 melt-freeze crust layers dissipate near 2,000'.
Small column tests showed the 1/28 buried surface hoar to be reactive, now 30cm to 35cm below surface, with moderate sudden results, and the 1/23 melt-freeze crust was reactive with hard, resistant results, now sitting 70cm to 85cm below surface. The 1/23 crust was resistant to collapse, but failed sub-stratum on small, faceted and clustered grains. The 1/23 crust is brittle and unconsolidated when isolated, and facet development appears to be stronger below, then above the crust.
Large column tests generally showed the 1/28 surface hoar layer to be stubborn at and below treeline, but one test received propagation of hard results, with a distinct, visible progressive fracture across the column.
***See SnowPilot for details*** 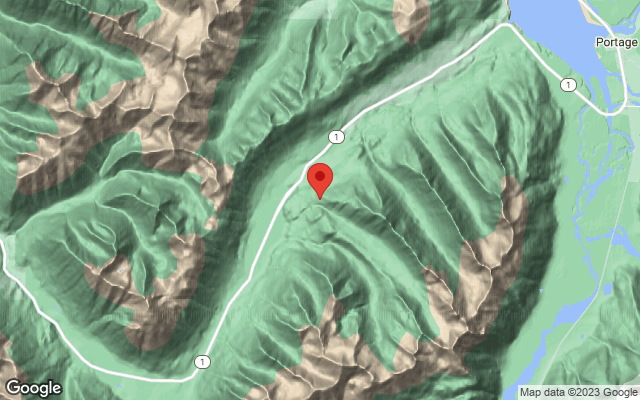