10:15-16:15
Toured through lower meadows below Tincan’s northwest shoulder and meandered onto the standard uptrack to a high point of 3,000’. We conducted instability tests, both at treeline and just above treeline, to assess recent wind effect and depth and distribution of current persistent weak layers. Our pit results showed moderate to hard strength, good structure and low propagation potential, due to lack of slab. However, once into the alpine while digging our second pit we witnessed a very small skier triggered slab. We investigated and found that failed it on the new/old snow interface (from the snow starting yesterday 2.9) of small surface hoar and near surface facets under a freshly formed 4″ slab.  We also could easily triggered small slabs on a wind -loaded slope adjacent to the skin track near our high point. In this instance the slabs were slightly deeper and failing on the 1.28 bsh/nsf.

Low density surface conditions made for great turns, but also present plenty of snow available for transport with increasing winds.

Our focus was to assess the recent wind events in the upper snowpack and assess the depth, distribution and reactivity of the current persistent weak layers including the 1/28 buried surface hoar and near-surface faceting.
Instability tests at 1,915’ and 2,470’ specifically showed moderate to hard strength, a good right-side-up structure and low propagation potential, but lacked a slab.
Though small column tests showed the 1/28 buried surface hoar to be reactive with sudden collapse results when isolated, large column tests point to a lack of cohesion in the upper 20-25cm and therefore no slab was observed.
In terrain in the alpine that had seen more wind-loading and where a slab was forming we observed a small skier triggered that slid on the 2.9 interface of small facets and surface hoar. We also could easily get test slopes to slide on the 1.28 bsh and nsf. 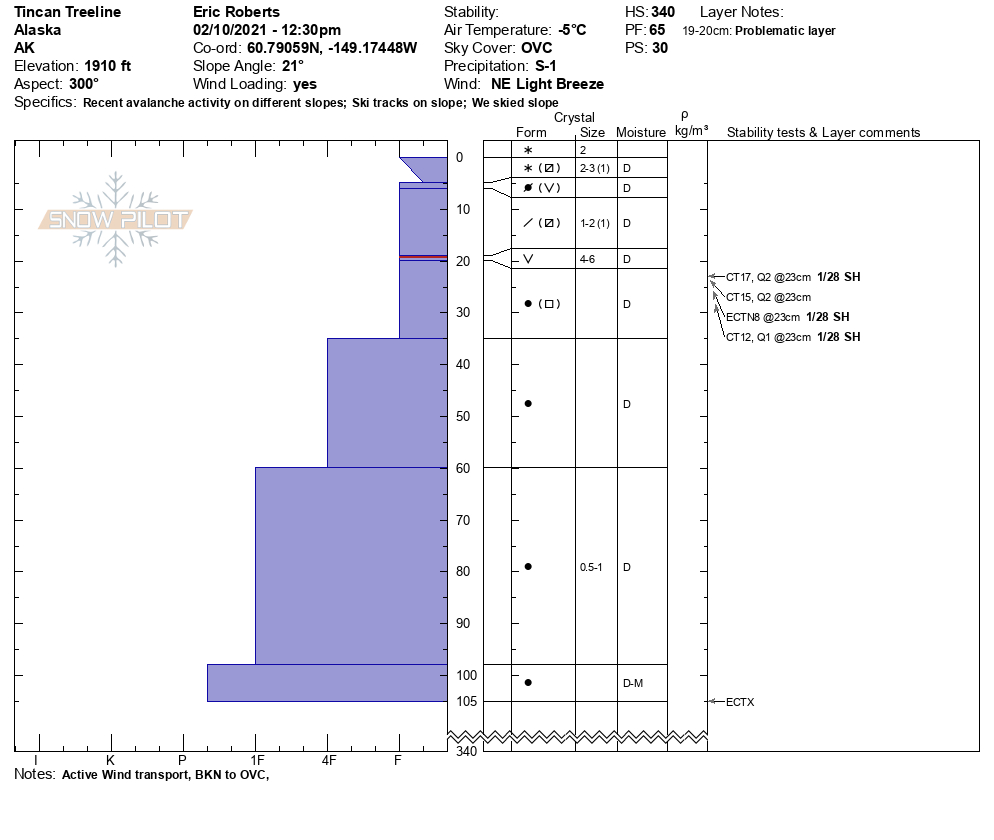 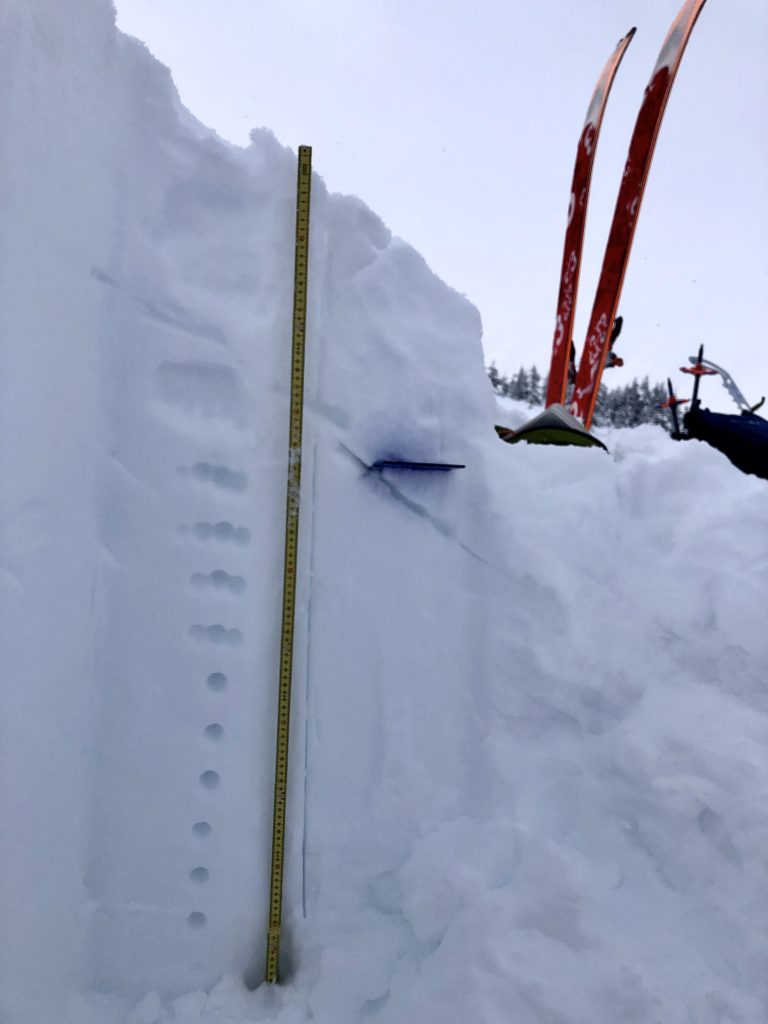 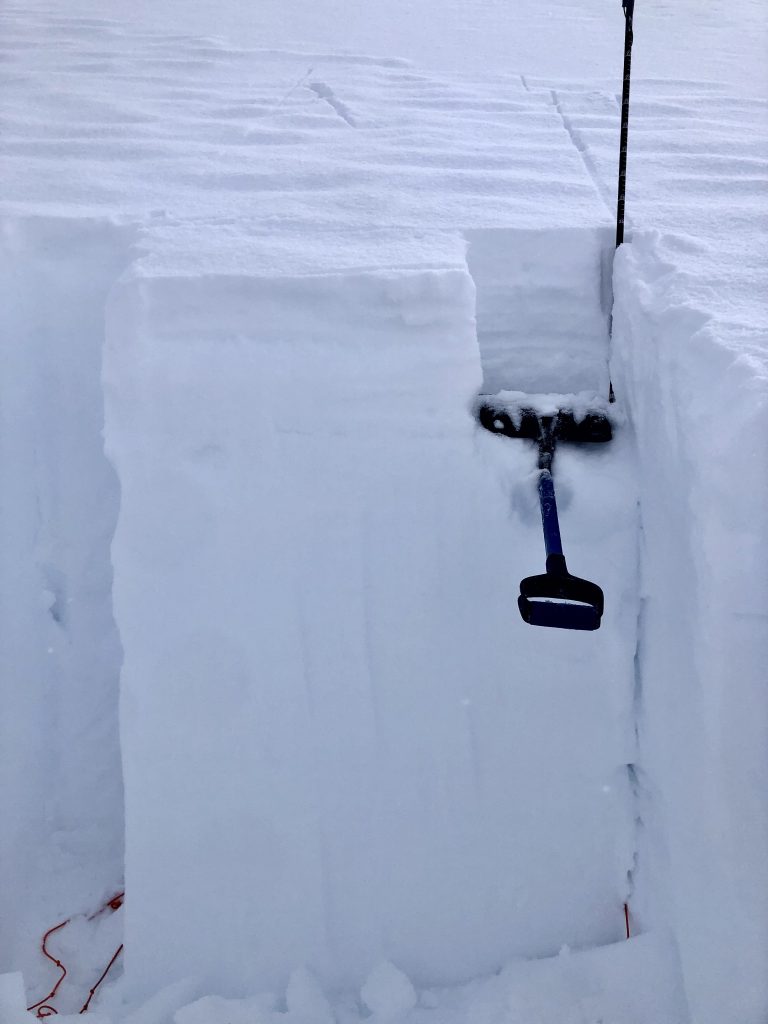 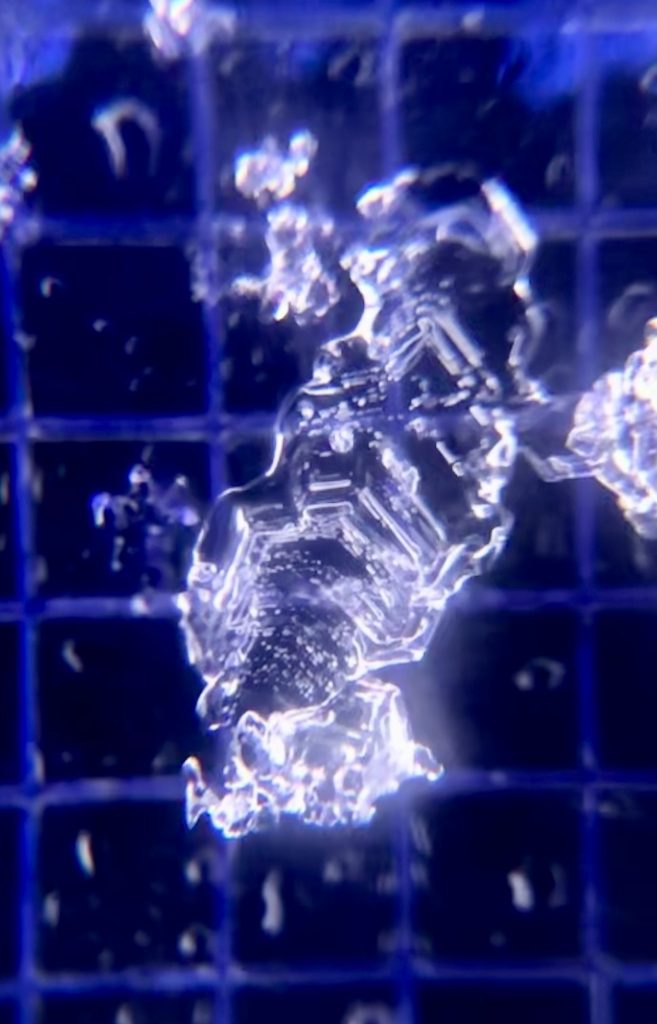 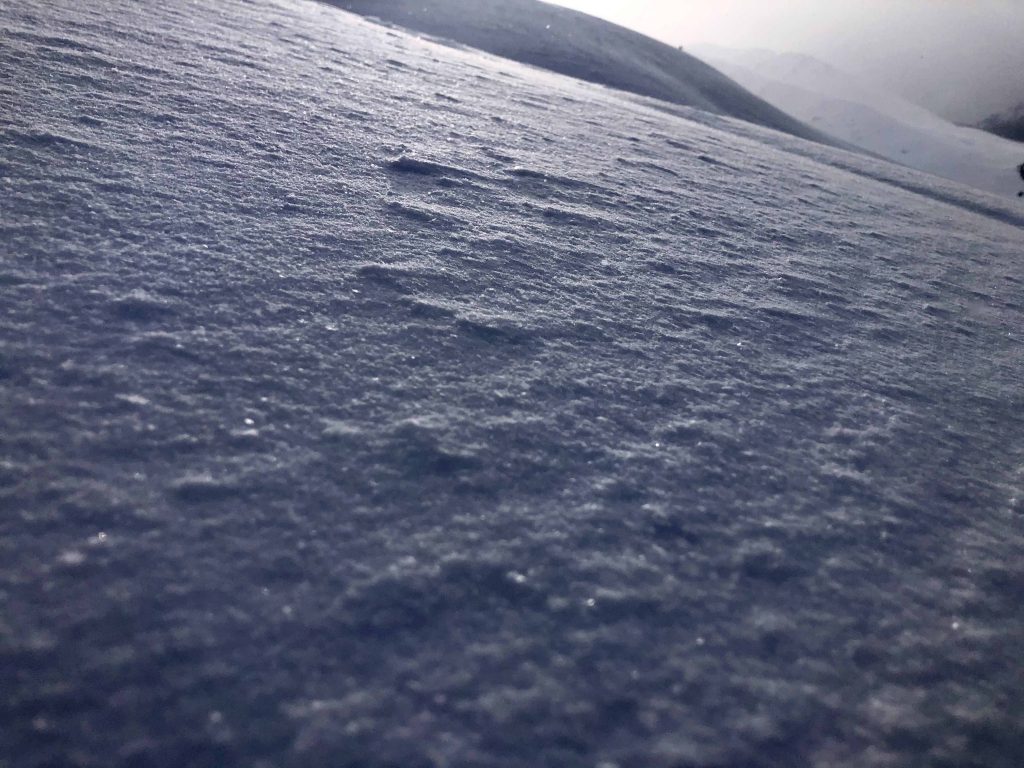 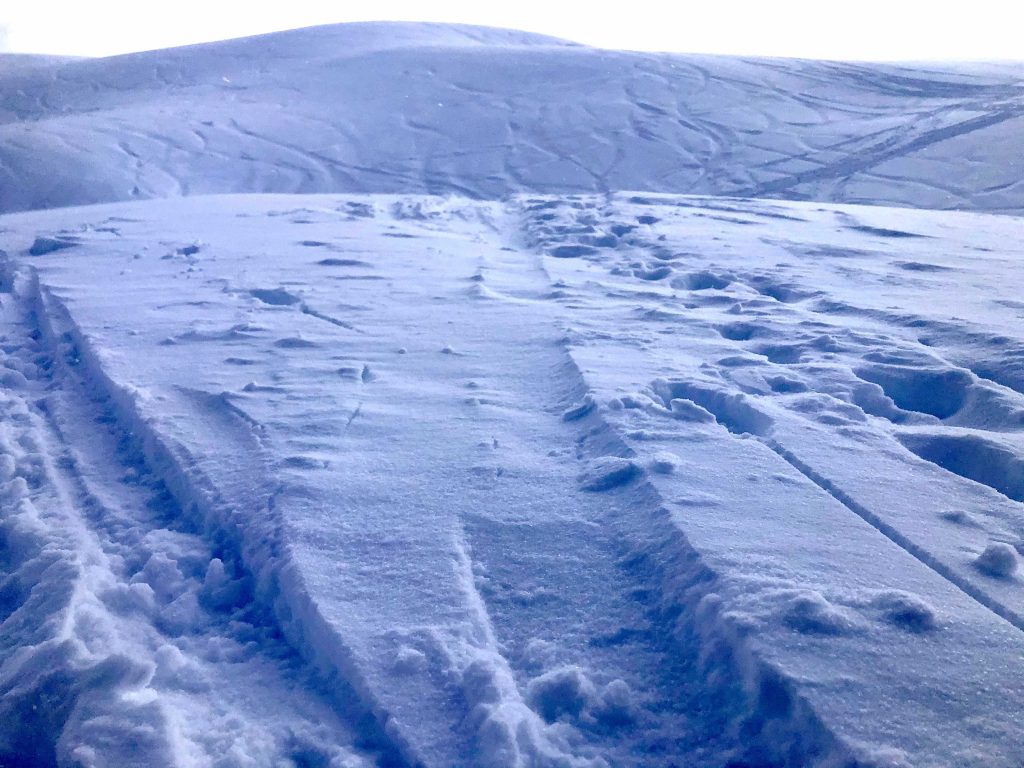 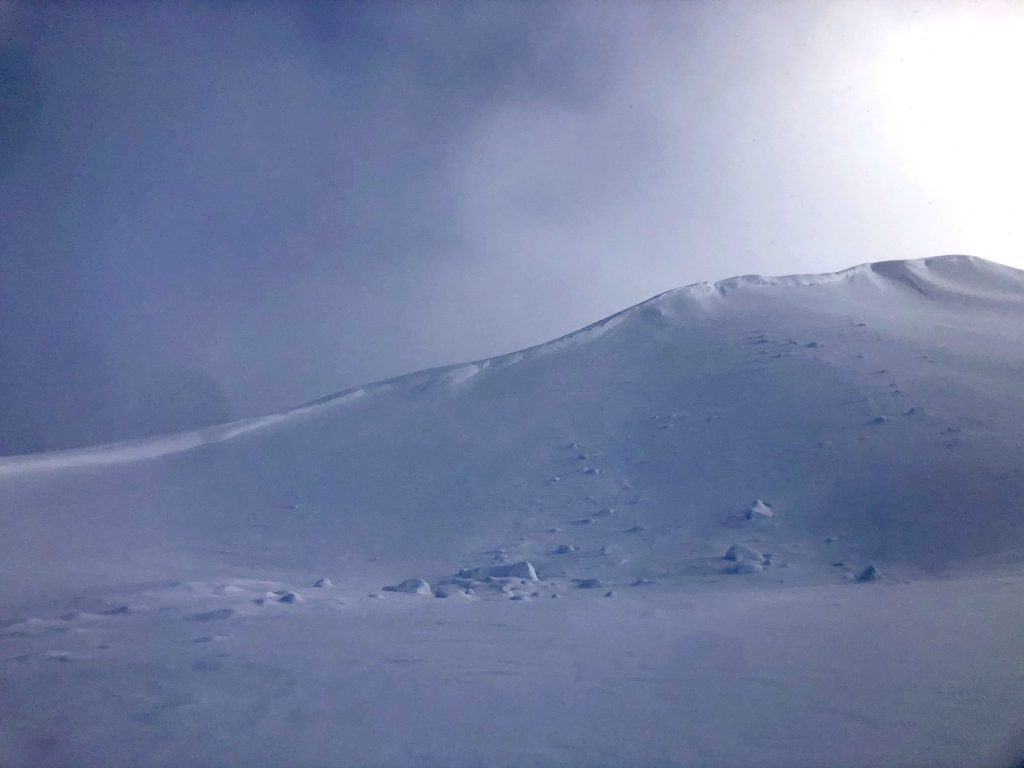 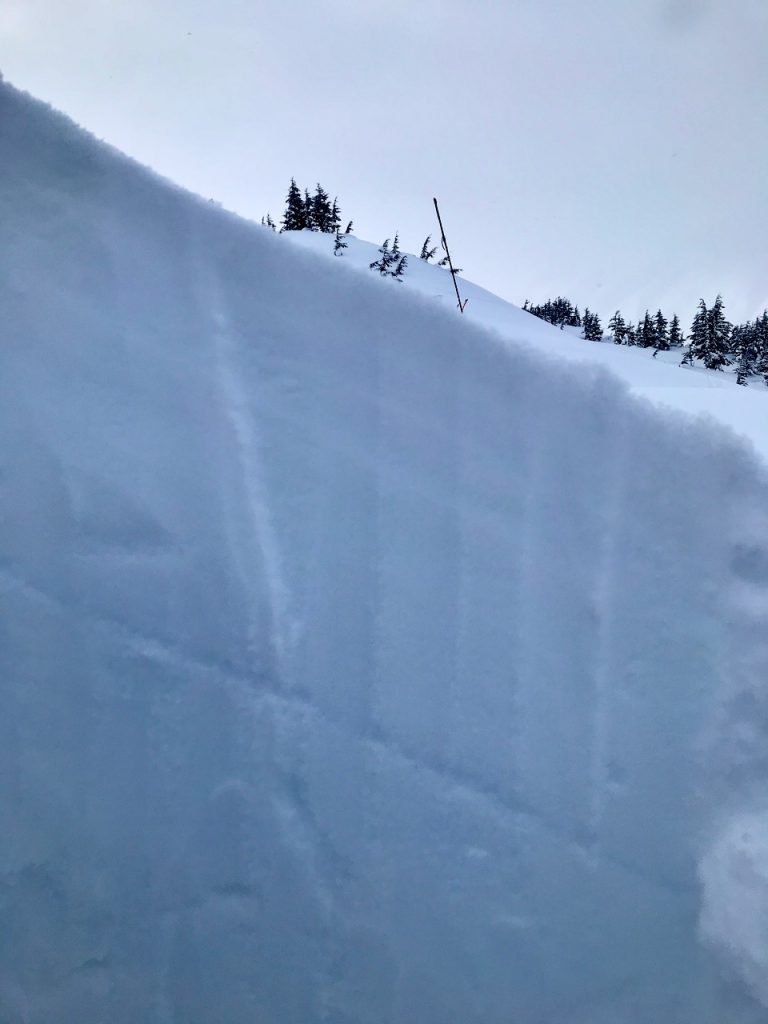 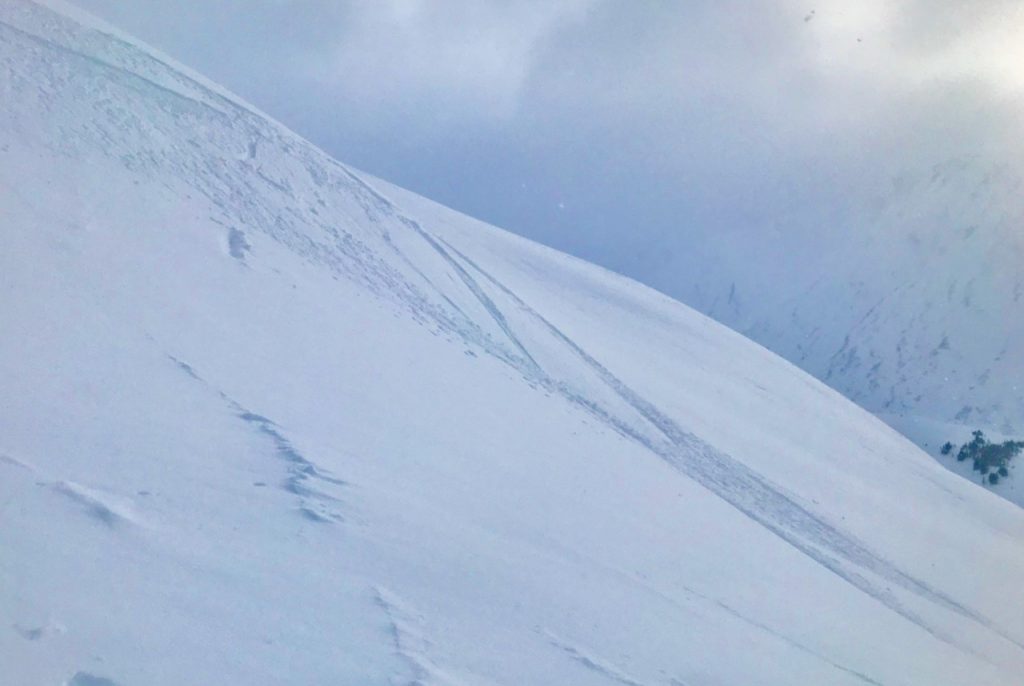 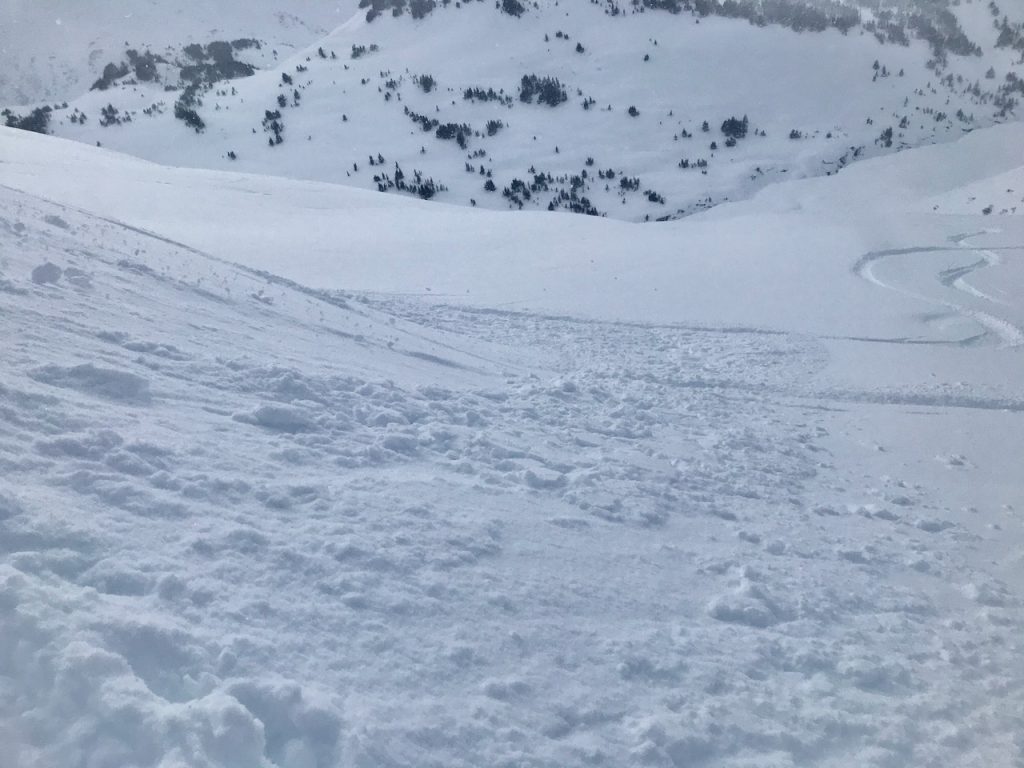 Looking down the small avalanche 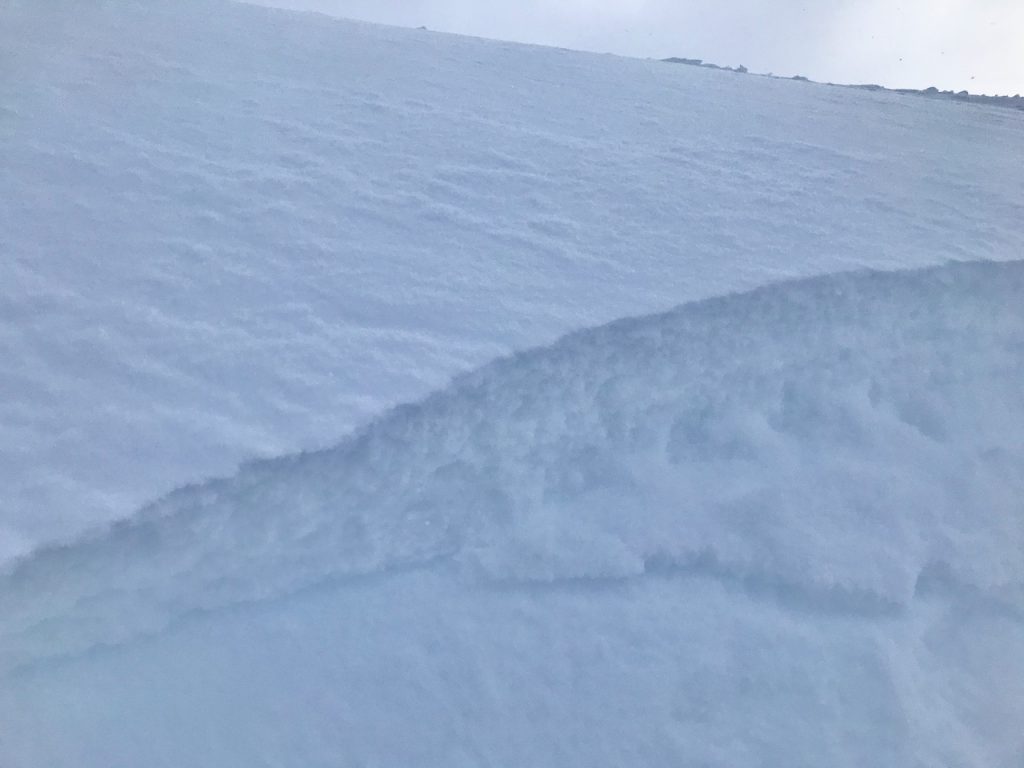 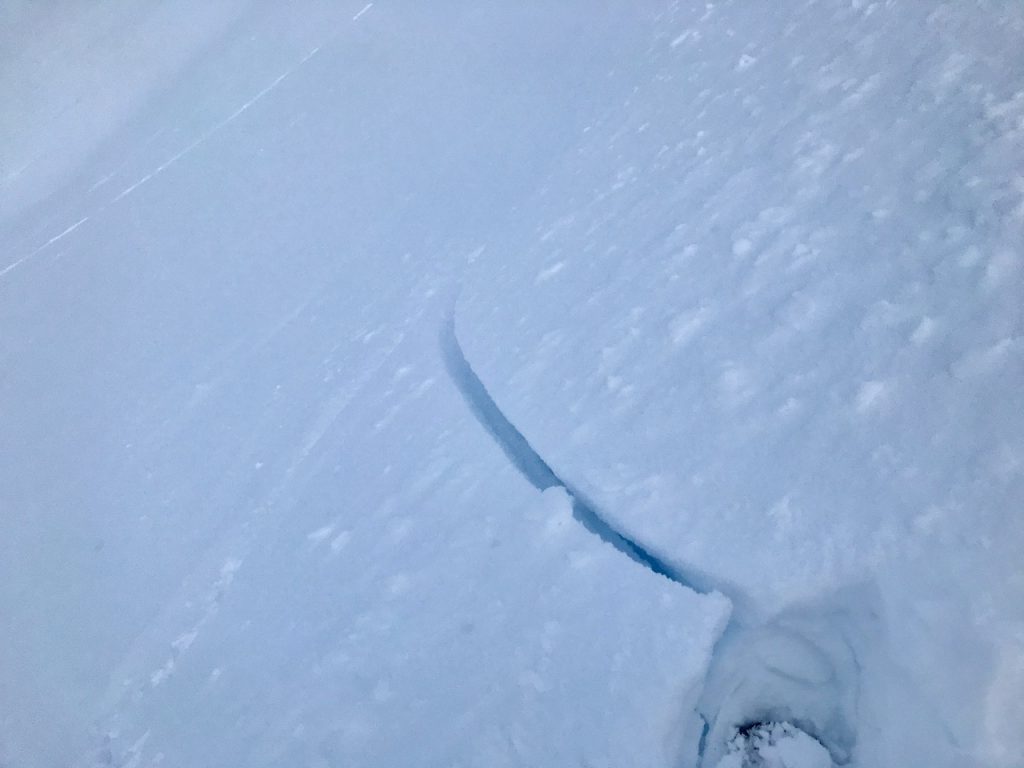 Cracking along a wind-loaded test slope