09:45-14:15
Standard approach towards treeline to focus on the December 1st melt-freeze crust gradient, depth and reactivity as well as catch the vibe for the incoming storm. Though weather was gradually deteriorating by 13:00, skiing and visibility within treeline was great.

No cracking, collapsing
Test slopes from 1,500’ to 2,200’ produced releases of 7” to 10” of low density snow over stiffer wind-packed surfaces.

My focus was to assess the reactivity and depth of the Dec 1 melt-freeze crust layer, which is generally 3’ to 5’ below surface at treeline.
Tests at this location showed moderate to strong strength with propagation potential.
The Dec 1 crust layer, though reactive in small column testing (CT 12, CT 13), is showing strength in large column testing (ECTN 22, ECTX), which has been a trend for some time now.
The bed surface for the weak layer was rough, broken and irregular within the melt-freeze layer itself, in comparison to a more planar crust on results one week ago.
In addition, I received two PST results below 50% of the column , but due to the irregular structure of the tested weak layer, the columns self-arrested.
Though a temperature gradient is present to continue to produce faceting within the crust sandwich, irregularity within the structure could be a personal bias on placing the thermometer.
I also observed the Friday surface hoar feathers to be standing with fresh snow accumulating over. (See photo)
Overall, my take-away is that there is potential to trigger the Dec 1 melt-freeze crust/facet sandwich, but the terrain, including slope angle, would have to lend itself to the continuity of the weak layer, as the crust thickness, structure, and depths vary.
Test Depth: 125 cm
Height of Snow: 170 cm
*See Snowpilot* 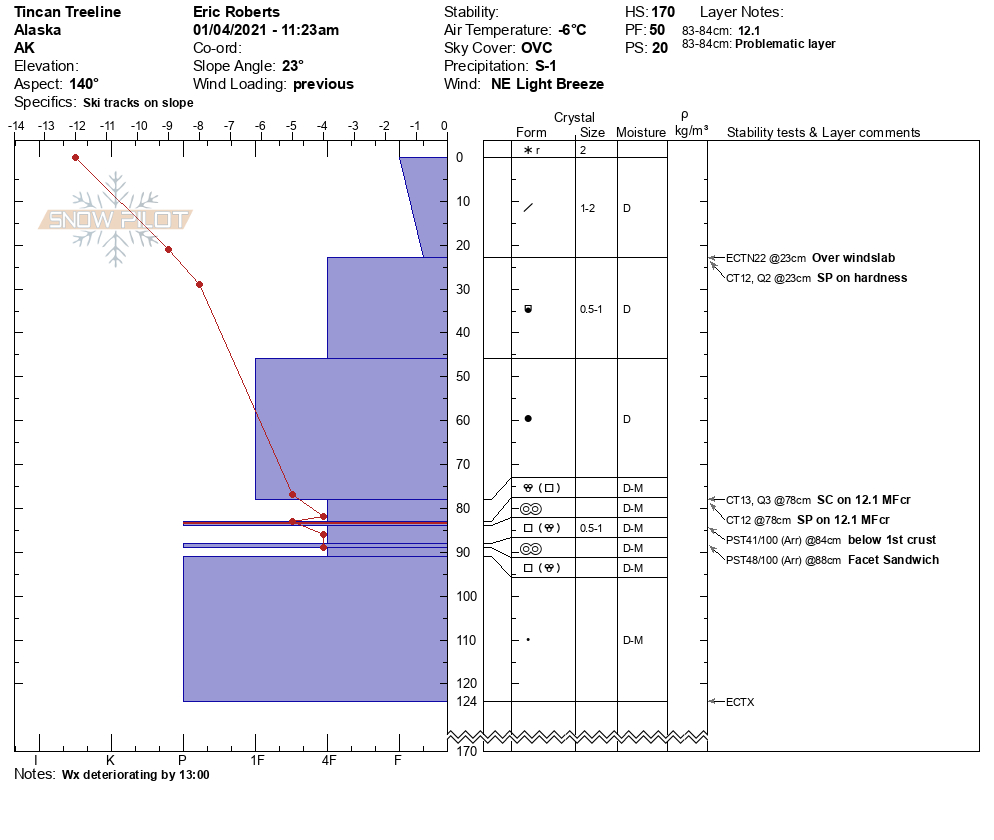 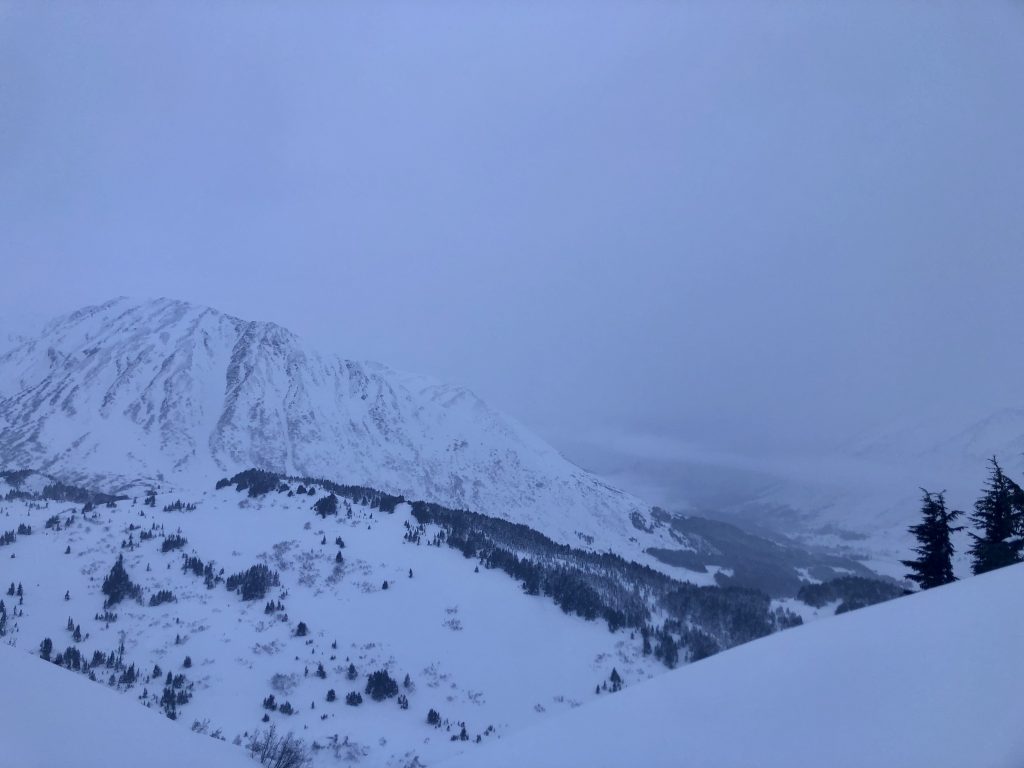 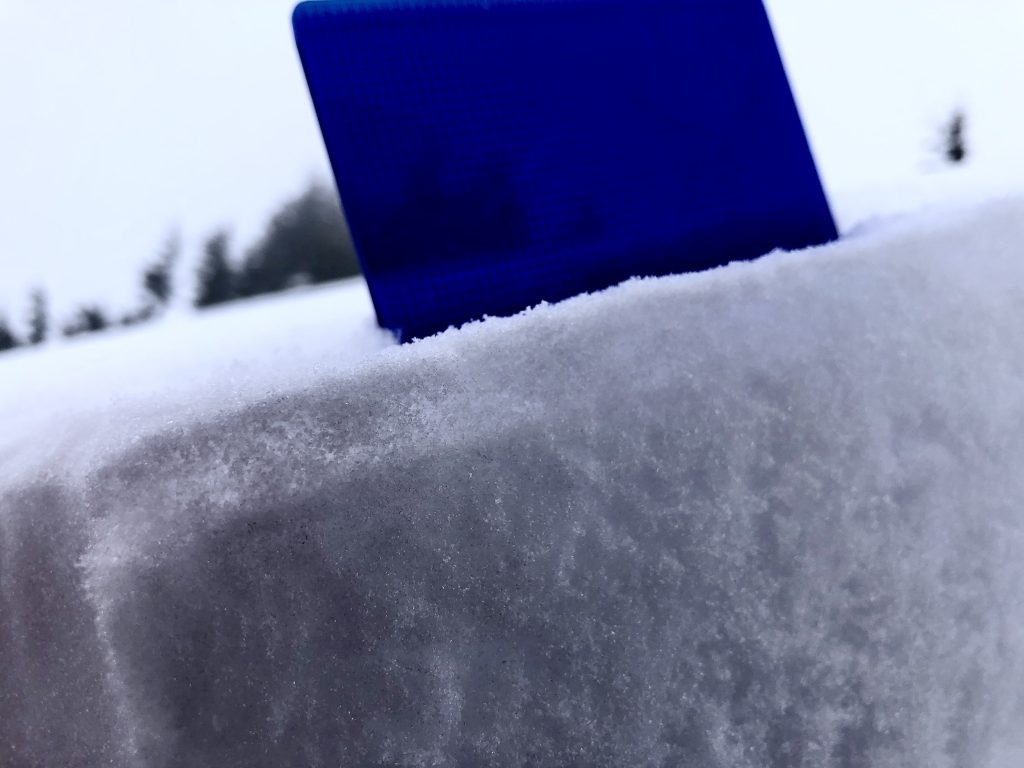 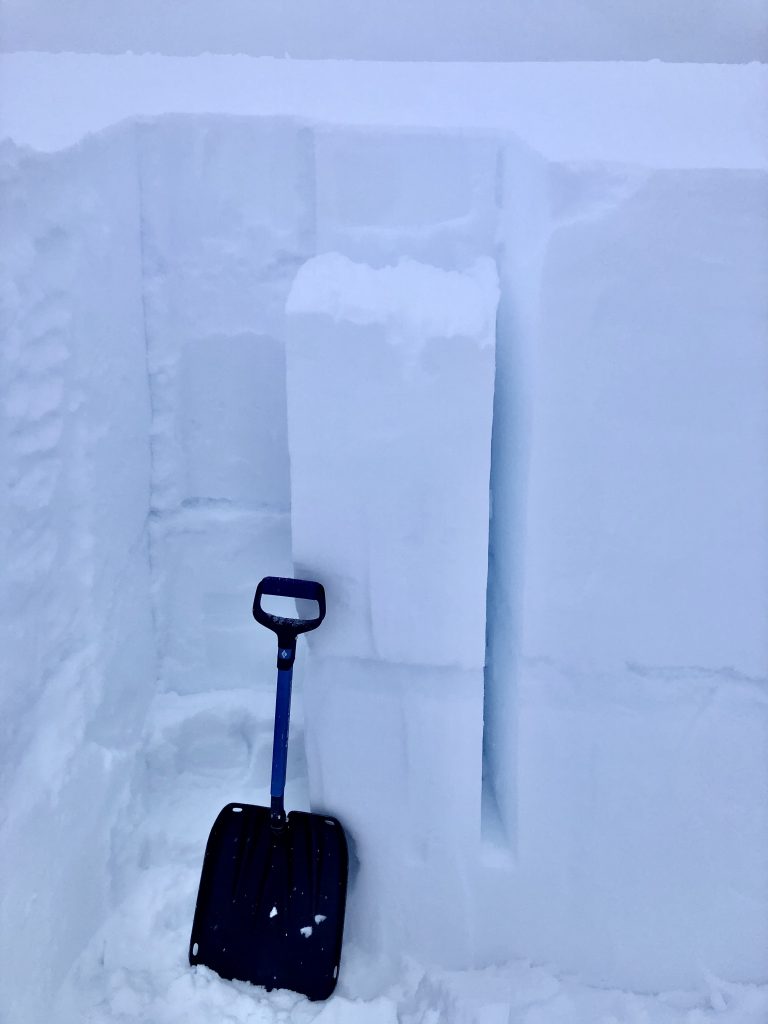 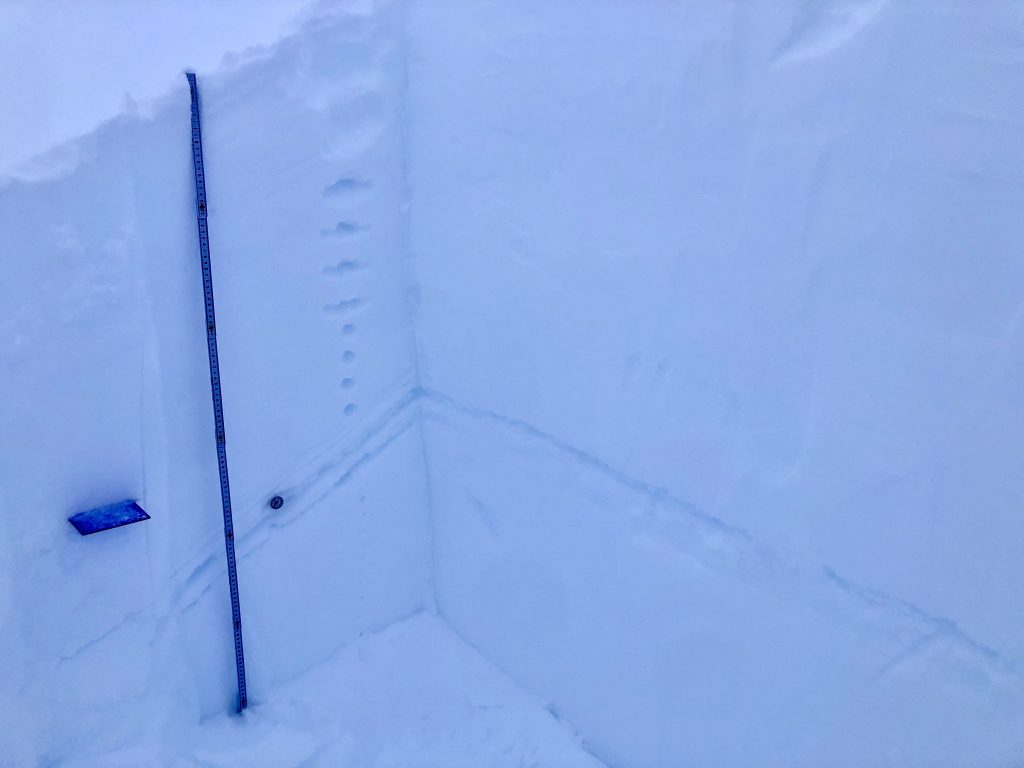 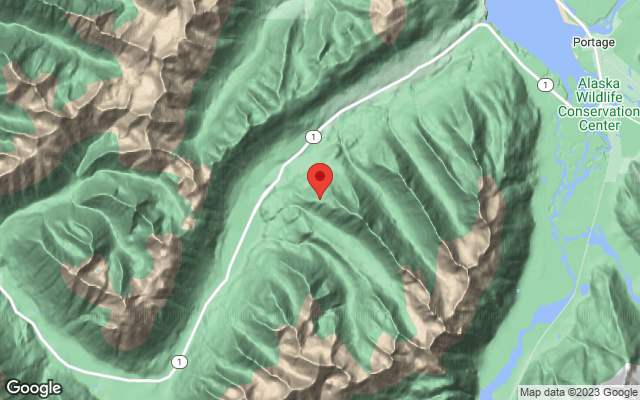