Standard skin track up to the summit ridge of Tincan and skied 3 laps in the west facing bowl. Stopped and dug a quick pit just above treeline on the way out to assess what had changed during the week.

There was a strong inversion when I started this morning around 9:30, 20 degrees down in Portage, 25 degrees at the trailhead, and 32 when I got above treeline. Up high, I think the temperature generally got colder throughout my tour, it was down to 26 at 1:00pm. There was a consistent light wind out of the NE.

I saw lots of large fully formed surface hoar feathers when I started, up to around 2500', but it seemed like it warmed up enough and there was enough wind that I couldn't find any as I skied out. There was a consistent melt-freeze crust on just about every aspect that got sun yesterday. Some of it was just a glaze and some was more developed. The only soft snow I could find was on W through N aspects that are shady. The new snow from last week's storm has settled out quite a bit as well.

Saw signs of cornices shedding, rollerballs and small point releases from yesterday afternoon as well, but everything was relatively small. Much of the surface that did not have a melt-freeze glaze on it had obviously been faceting over the last few days and the rain crust from last weekend has gotten weaker in a lot of places, but now has facets on at least one side.
I dug a pit just above treeline (2300') on a NNW facing, 25 degree slope around 1:00 this afternoon. I found about 1cm of facets sitting on the melt-freeze crust with a pretty solid snowpack underneath. However, the basal facets from the October snow are definitely still there, although they did not react when I did an ECT. The snow from last weekend has dried out significantly, but the basal facets are still moist. They do seem to be rounding, 0.5mm in size, still some jagged edges but they are starting to look less obviously like facets. The only result in my ECT was ECTP26, 22cm down at a density change in last weeks storm snow. 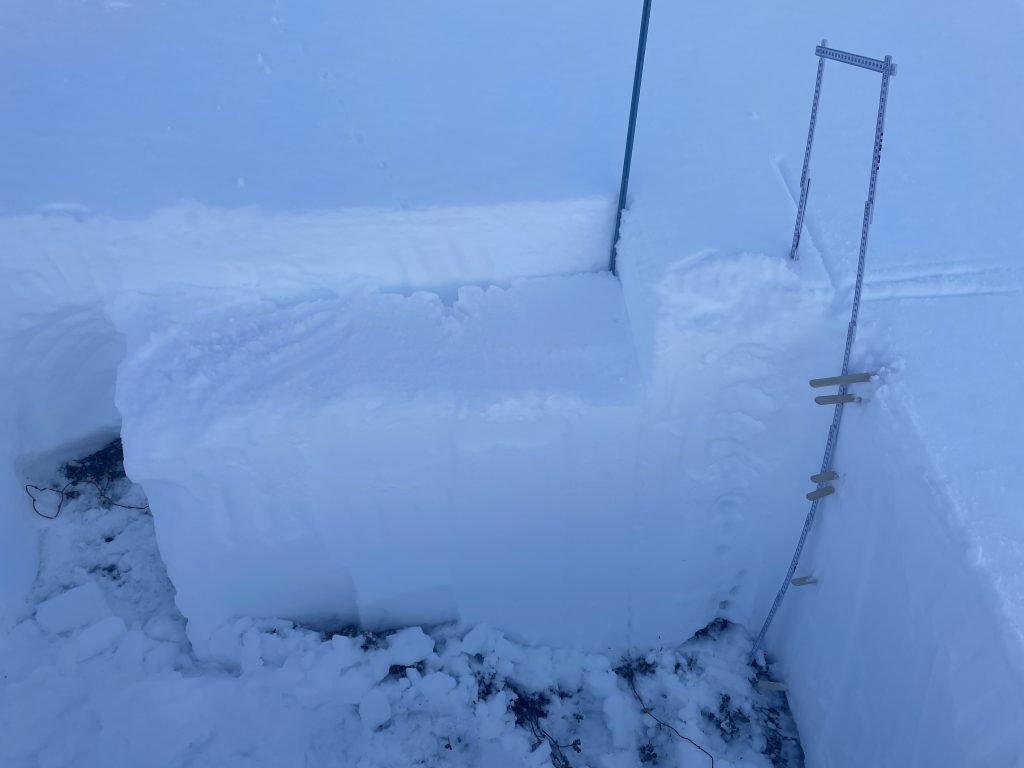 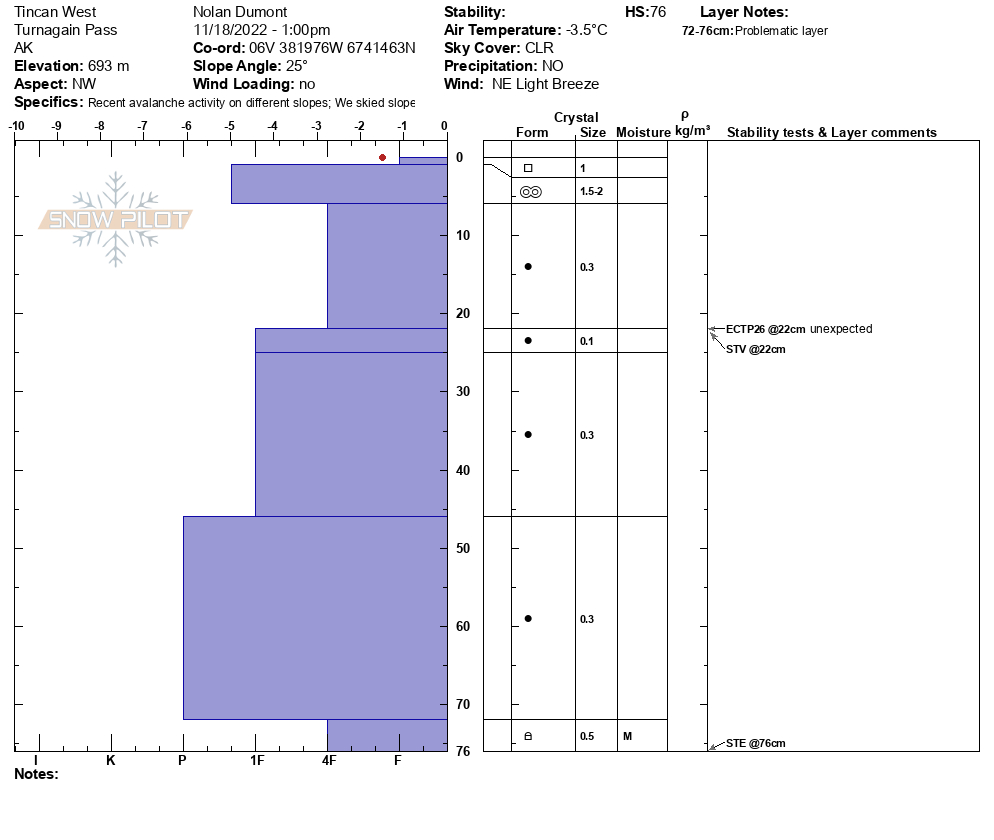 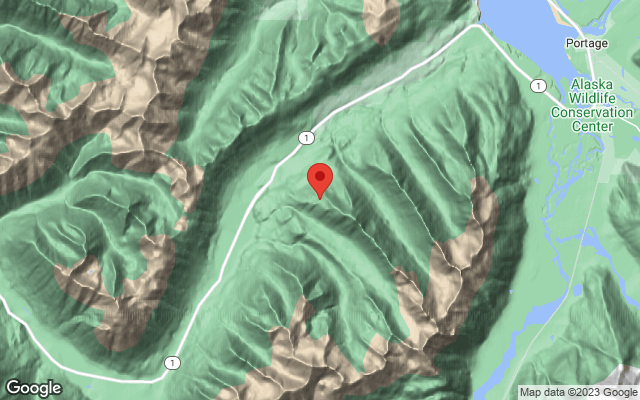