Tincan to 3000′ at the base of Tincan common approach ridge.

Recent avalanche (possibly from today) on lookers right side of Eddies, below tree line.
Widespread collapsing off of the skin track on Tin Can. Collapsing was especially tender with multiple people standing within 5-10' of each other.

Rain up to 1500', turning to snow until around 12:30 pm. Light snow continued after a few hours of broken skies in the early afternoon. Wind were moderate to strong from the Northeast above tree line, with lots of snow transport along the ridge lines. Temperatures were in the mid to high 30's below 1500' and mid 20's to low 30's up to 3000'.

1000-1500': The top 2" of snow was wet, with 16-18" of storm snow below that. Beneath the storm snow was a very firm melt freeze crust.
1500-2000': 18-20" of new snow over melt freeze crust. The new snow feels upside down with ski pole tests, likely because the most recent storm started cold and ended warm.
2000-3000': Similar structure within the new snow to lower elevations. New snow depth is much more variable because of strong winds above tree line. Depths ranged from 6-30"

Ski pole tests showed a weak layer of facets beneath the recent storm slab at all elevations. The depth to this weak layer varied from 18" at 1800' to 30" in a wind loaded area at 2500'. Snowpack structure was consistent from 1800' to 3000' with storm snow over a 1-3" layer of facets, over a melt freeze crust (see snow structure photo).

Snow pit results showed high propagation potential, and low to moderate strength. Extended column test scores were in the easy to moderate range with all tests propagating at all elevations. Fracture character was classified as sudden collapse, with a visible drop in height of the slab with each failure. Propagation saw test scores were all less than 30cm propagating to the end of the 100cm column with a notable drop in slab height after the failure. 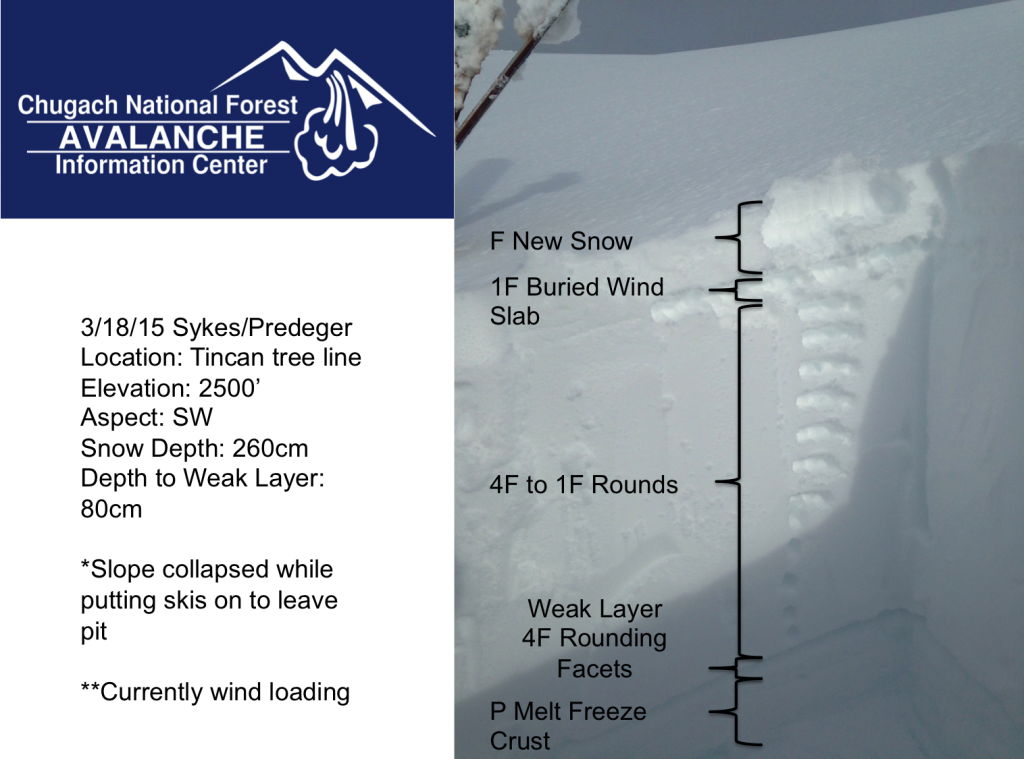 Snow Structure from 2500' on Tincan 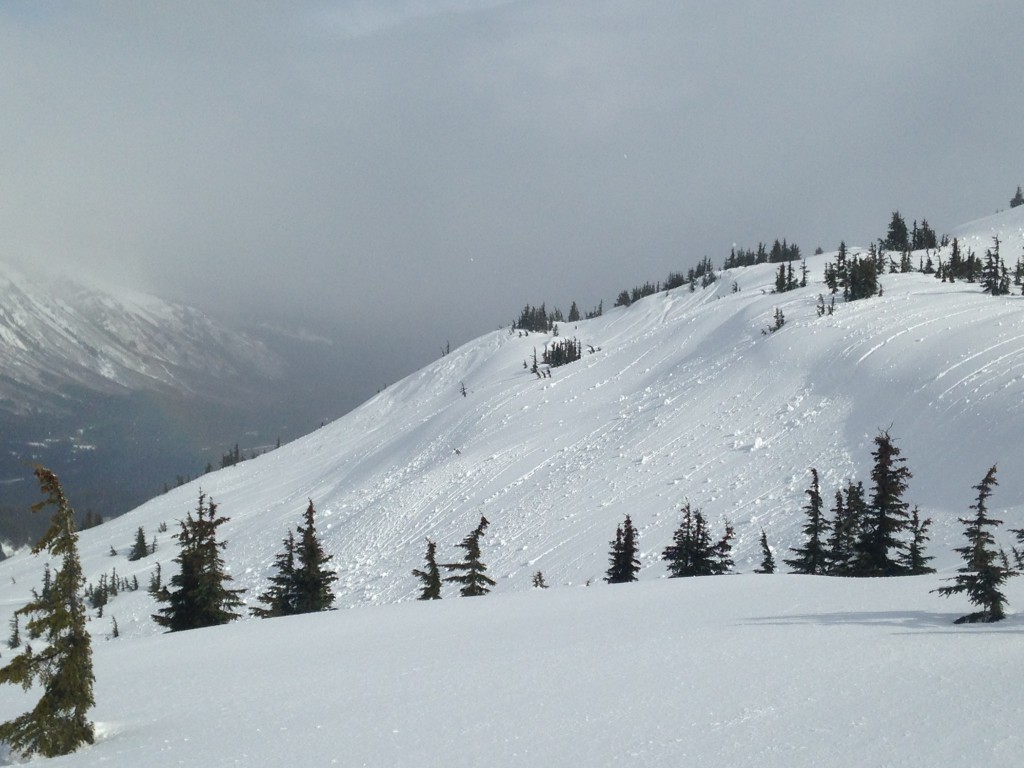 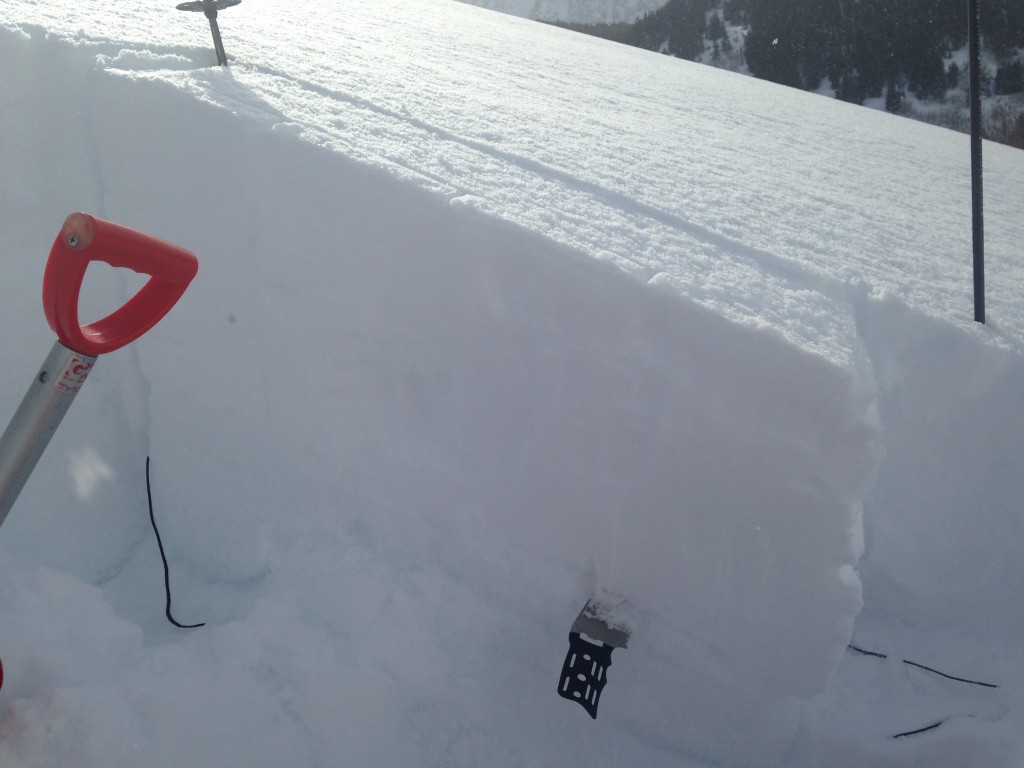 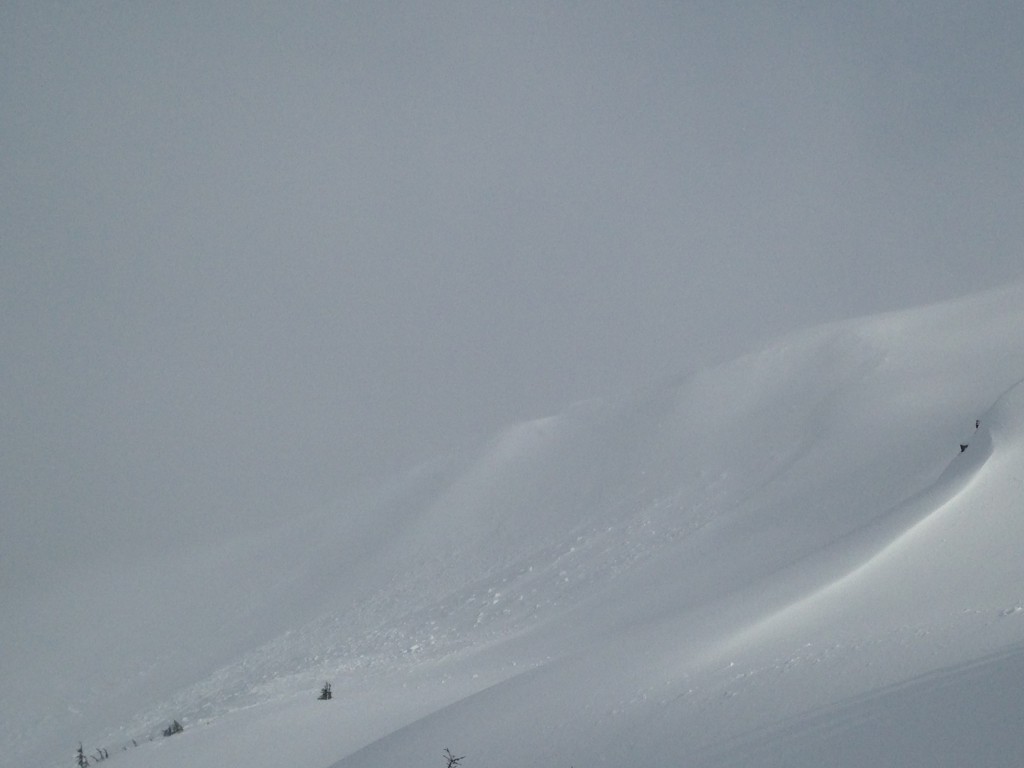 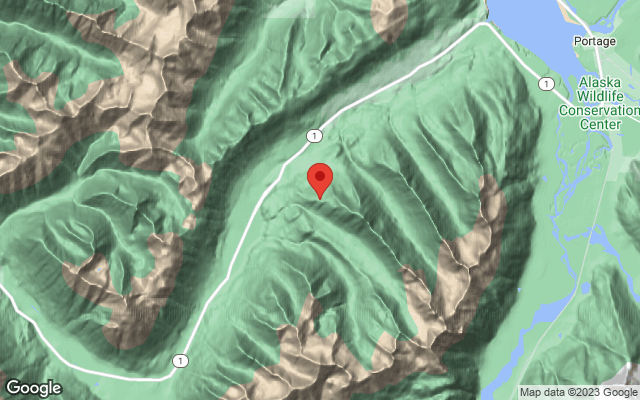