No signs of recent instability
Visibility was good enough to see old debris (from Thanksgiving rain event) around the valley. Couldn't see any crowns and based on debris most avalanches were D2 - D2.5 in size.
-Northern side of Sunburst on Elevator Shaft and a gully just to its East
-Northern aspect of Tincan ridge, opposite side of CRF ridge
-CFR ridge 2800' (reported yesterday that it may have ran naturally Sun Eve/Mon. AM) After further investigation it was likely triggered near the end of the Thanksgiving rain event, Saturday morning (11-28.) Bed surface was a pencil hard 3" melt/freeze crust on the ground with 10" of light dry snow covering it. Debris ran to about 2000' and was covered with 8+" of low density snow. Crown was filled in below cornice. 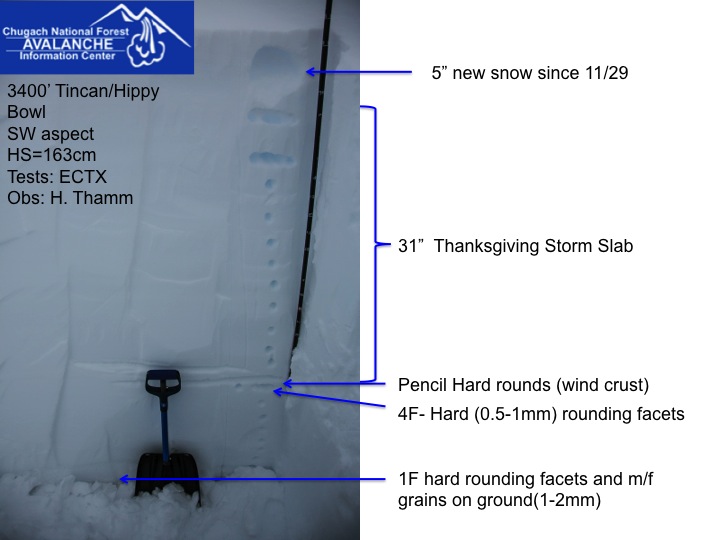 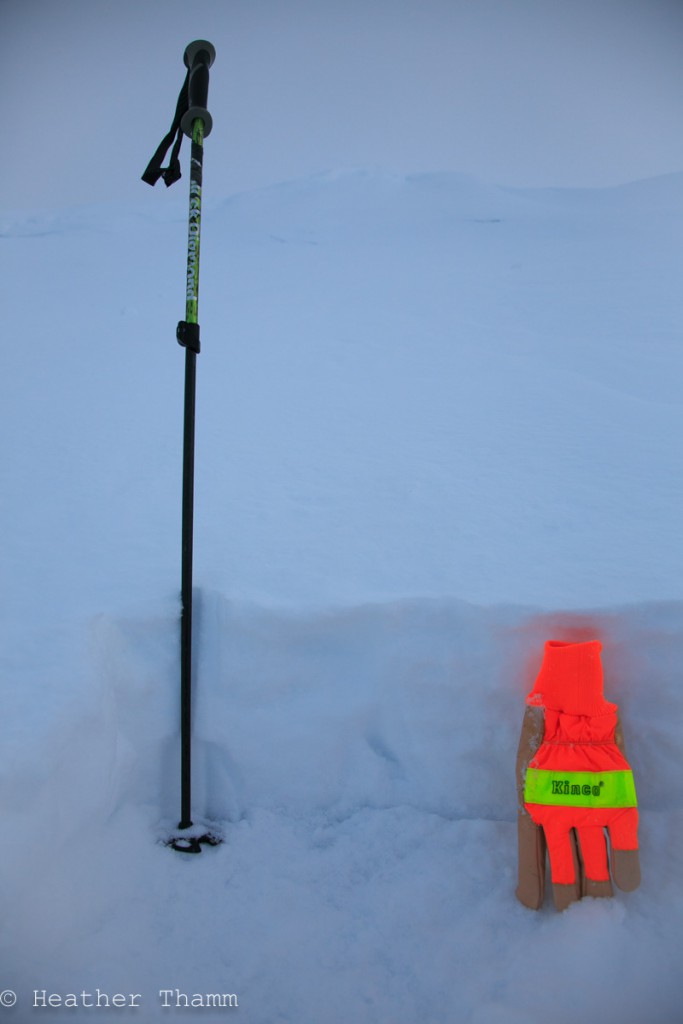 8" of snow on the bed surface of an avalanche below CFR, likely happened during the end of the Thanksgiving storm (11-29) 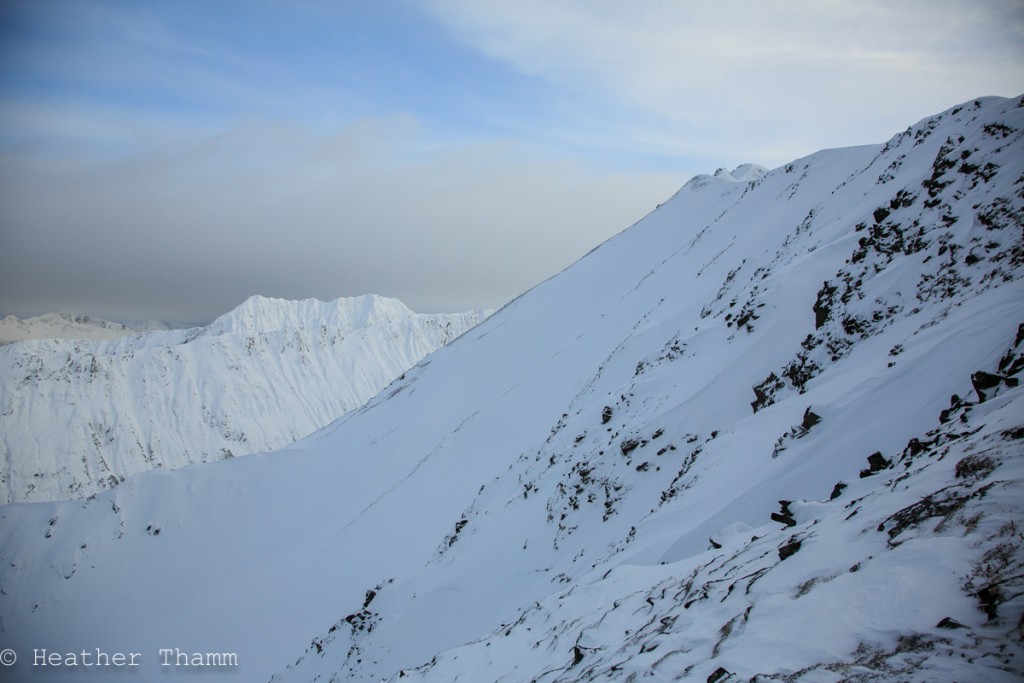 View looking at Todd's run, debris was not seen in the runout zone below 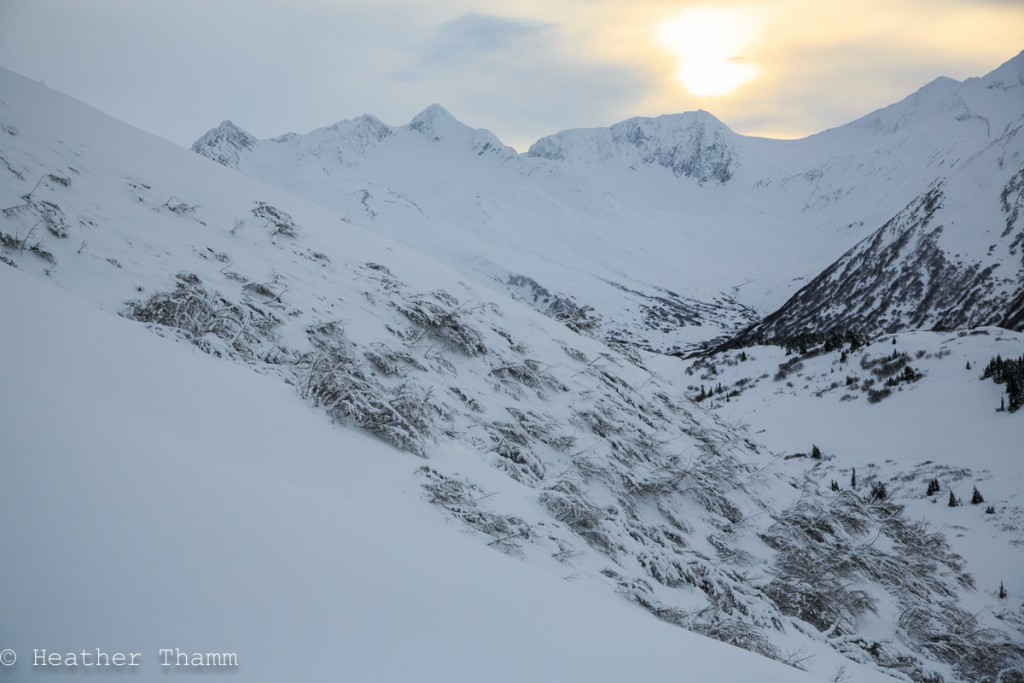 2200' on Tincan. Love seeing the Alders getting covered up! 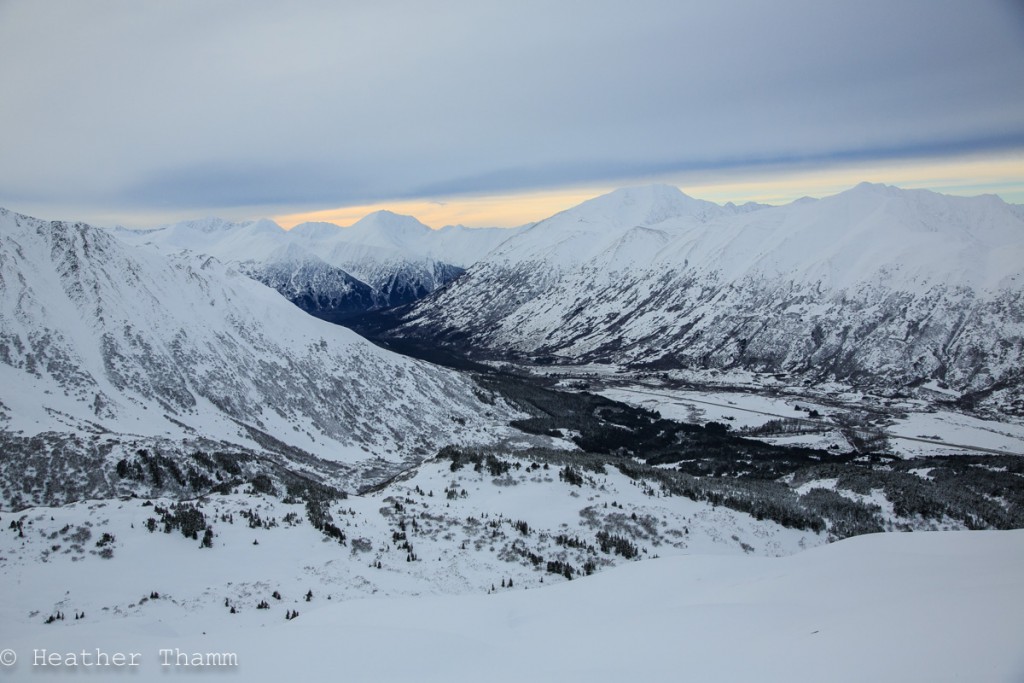 Great to see snow all the way to the road!