Standard route along West ridge above Common Bowl to 3200′. Our main objective was to see how the new snow is bonding to the old surfaces specifically the widespread layer of buried surface hoar. We experienced several collapses in the upper elevations and found the Dec. 30th layer of buried surface hoar to be reactive in all of our hand pits and test pits. We also found the slab character in the upper elevations to be stiff and averaging around 20″ thick.

We experience a collapse at 3000' and another group had two collapses just above our first pit at 2750'.

We could see the Eddies avalanche that happened earlier in the week during the end of the storm cycle and a evidence of a small slab on Seattle Ridge, SE aspect. Visibility was good in the morning, but became pretty flat by afternoon and made it challenging to get a good look around Turnagain Pass for any other recent activity.

In Girdwood - there was a older natural avalanche (D1.5) on Ragged Top SE aspect from a few days ago.

New surface hoar (~4mm) from overnight was sitting on top of the new snow from yesterday.

We focused on the new snow/old snow interface and didn't dig any full depth pits to the ground. All of our hand pits failed on a surface hoar layer that was buried on Dec.30 and ranged from easy to hard to initiate. One hand pit failed on isolation on facet/crust combo and when it tipped over the column broke on the buried surface hoar about 5" above the crust. Slab depths average around 20", but we did find places above 2500' where the slab ranged from 12" - 30" thick.

Pit at 3200' on a SSW aspect near ridge above Common Bowl. Test Results were not as reactive as the first location,but we did notice the buried surface hoar was discontinuous in part of the pit wall... this could have been due to old ski tracks or strong winds near beginning of storm. Tests: CT13, ECTP15, ECTP23, ECTN22 failed 55cm ( below on the Dec.30th BSH layer. The BSH layer was ~8mm in size and partially standing up in pit wall. The slab was 1 Finger hard and sitting on 1F- bed surface (an old wind slab from before the New Years storm.)

*Hand pits were challenging due to the depth of the buried surface hoar. This is a good tool, but be aware you may need to dig down 2+ feet in some places to make sure you isolate this layer. 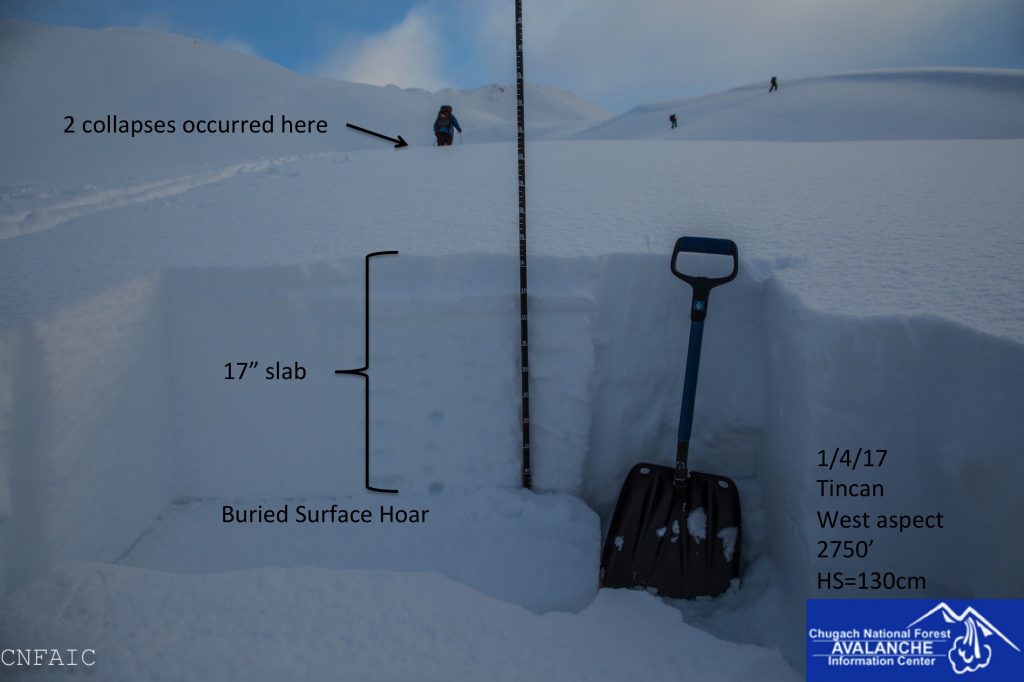 Pit at 2750' on West aspect of Tincan near skin track adjacent to Common Bowl. 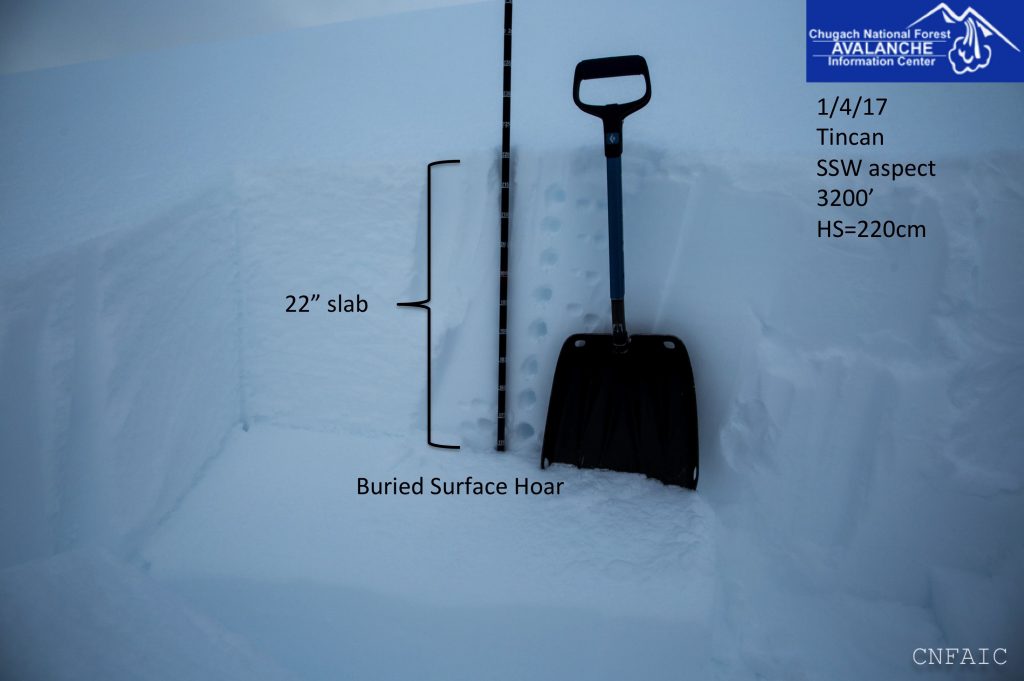 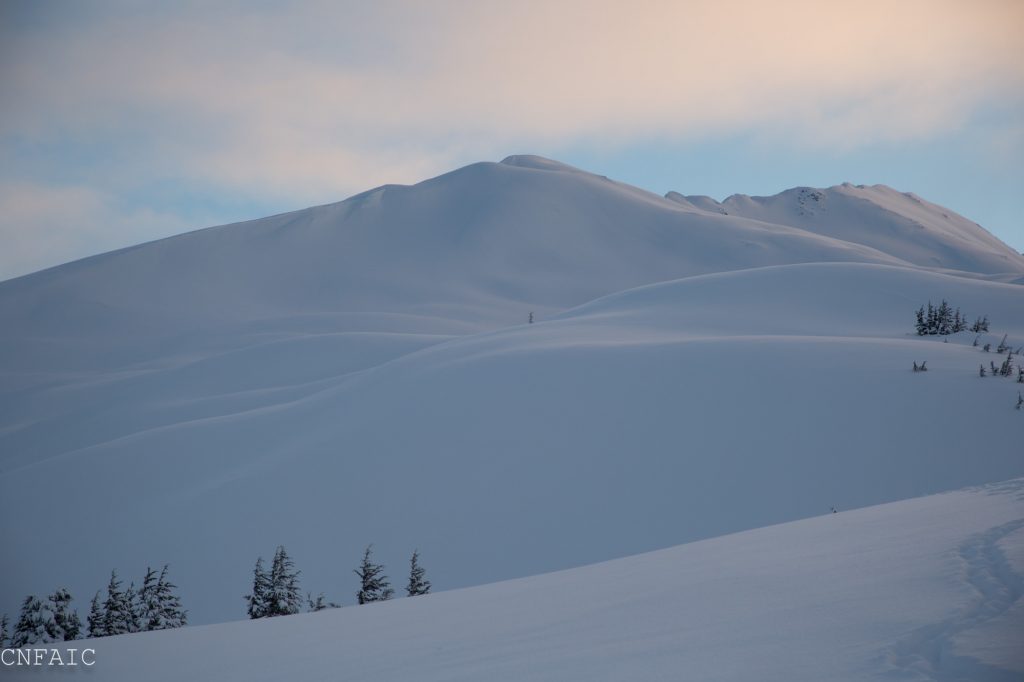 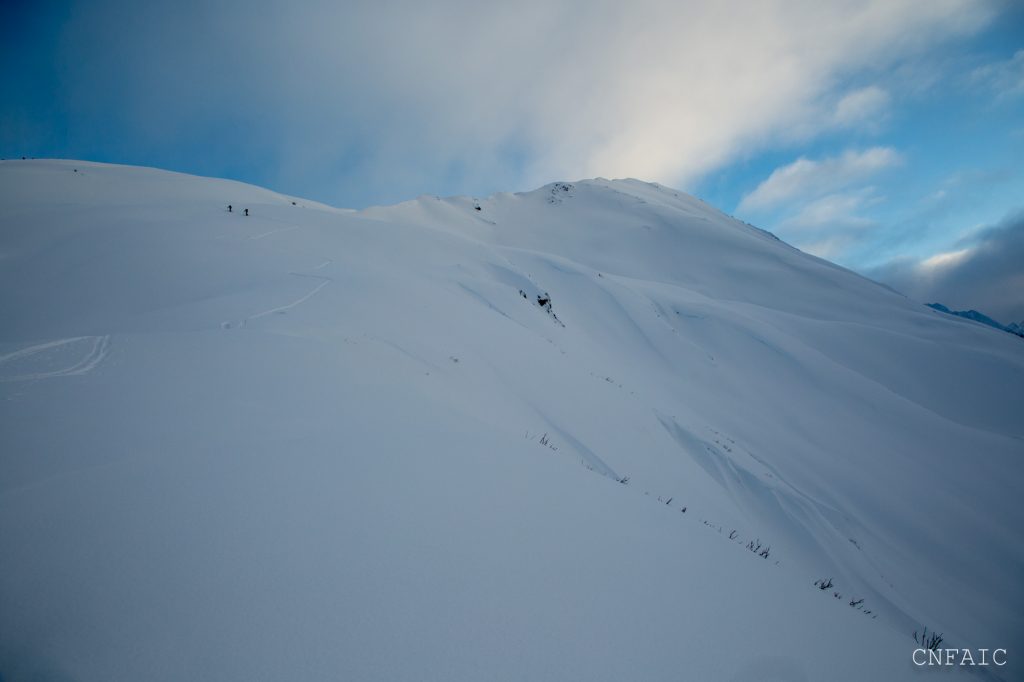 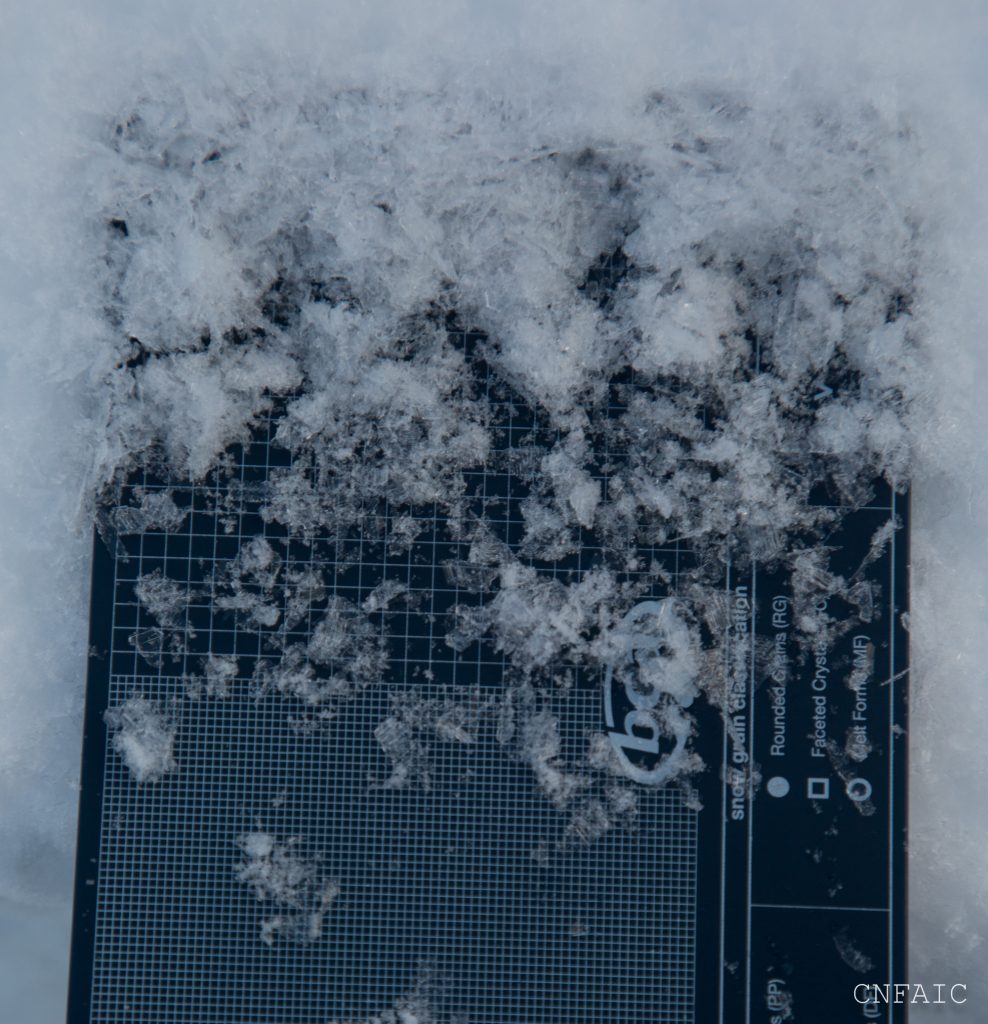 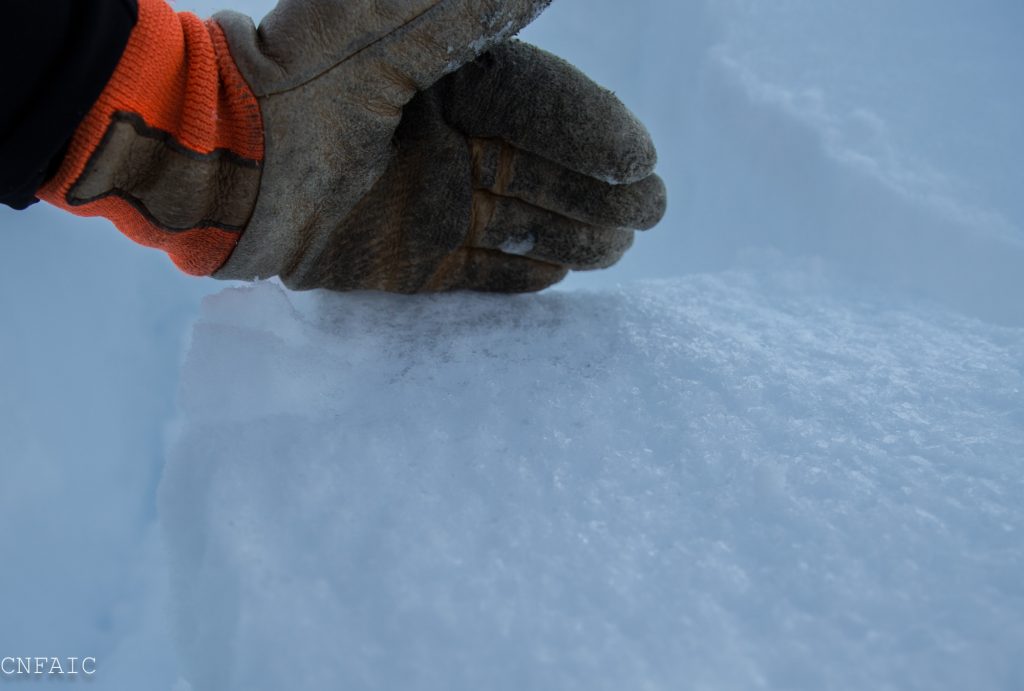 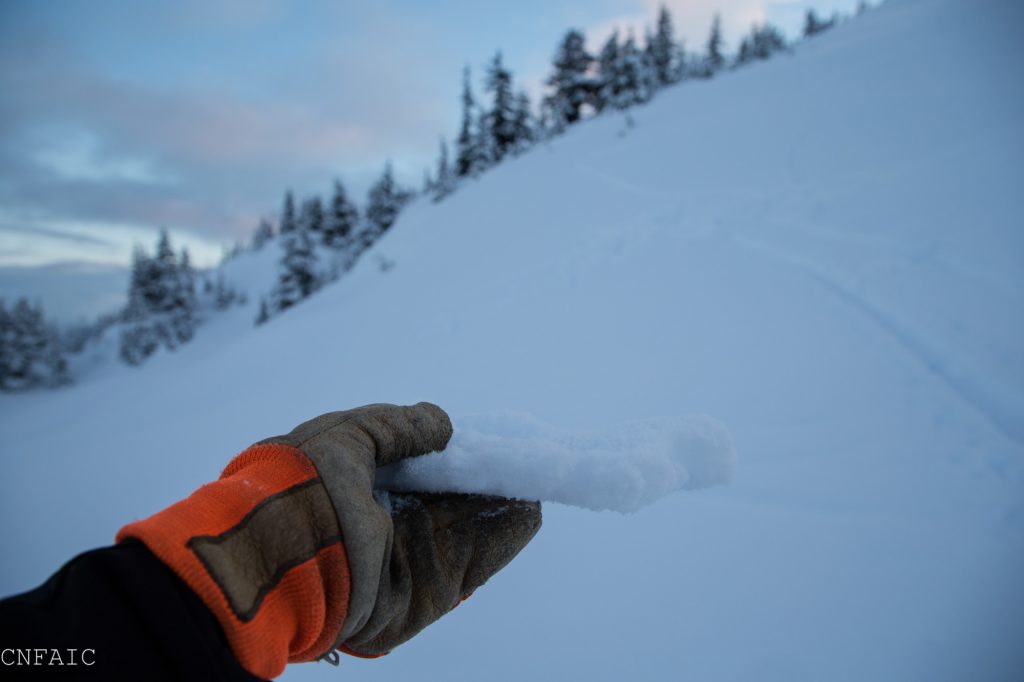 1cm crust at 1900' was under about 3" of new low density snow from yesterday. 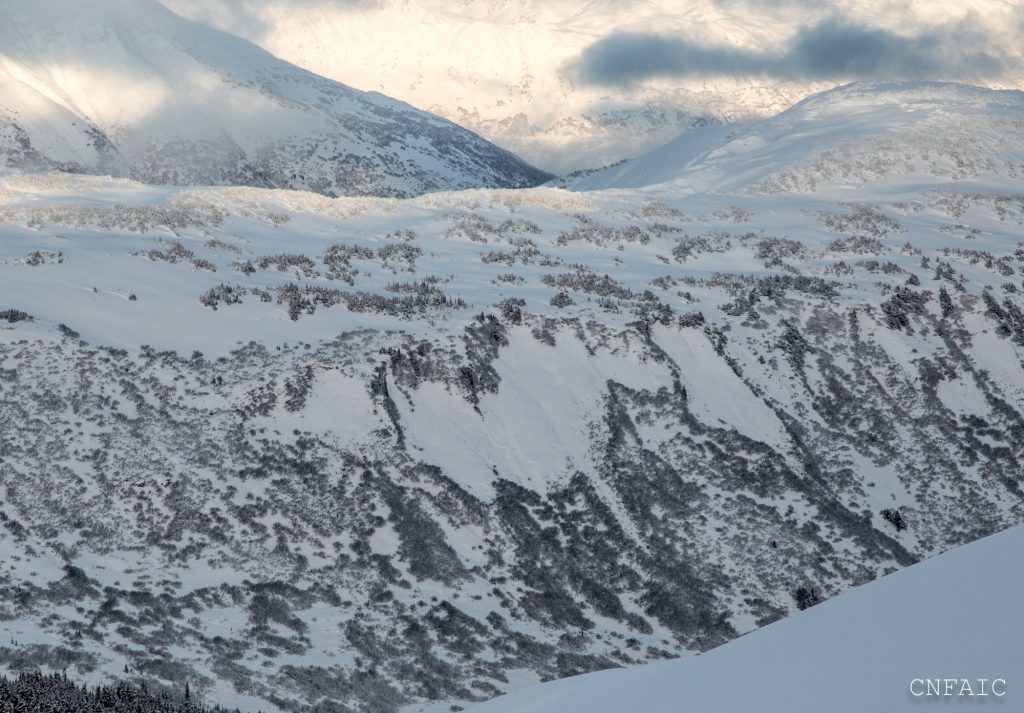 Small slab was seen on SE aspect Seattle in steep terrain, North of the uptrack. 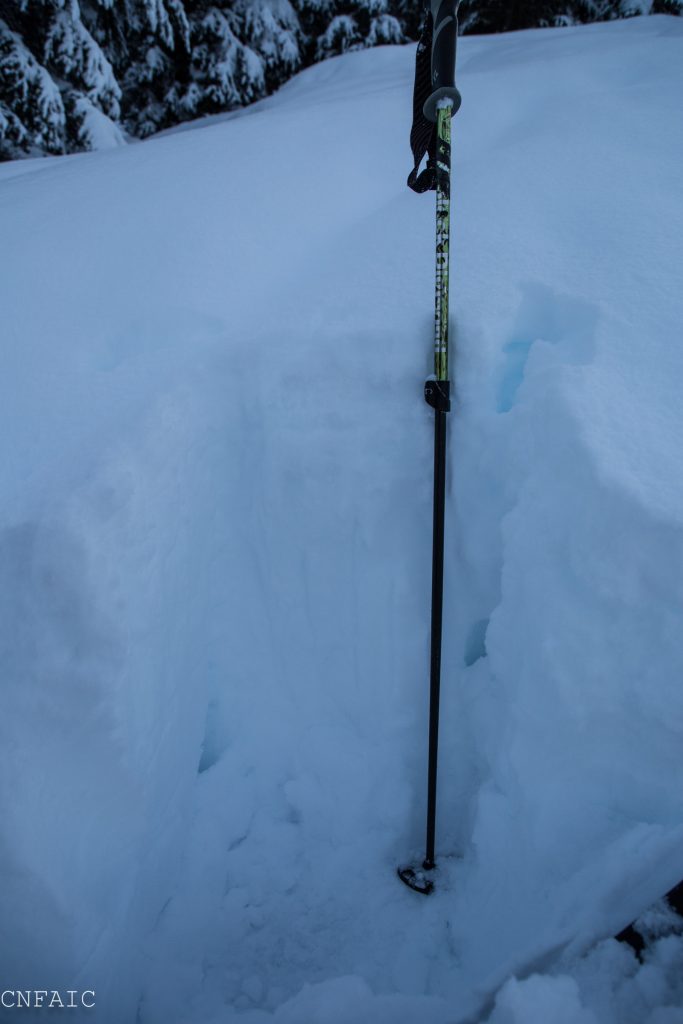 Hand pit at 1700' failed on isolation on facet/crust combo and column broke at the layer of BSH. 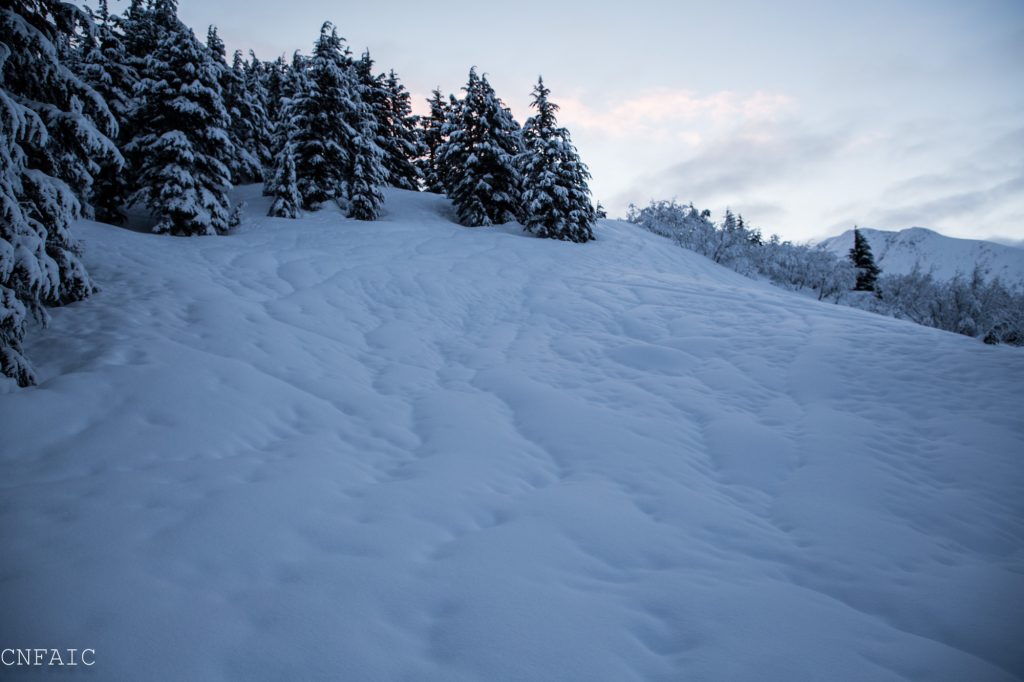 Rain runnels and breakable crust present at below 2000' 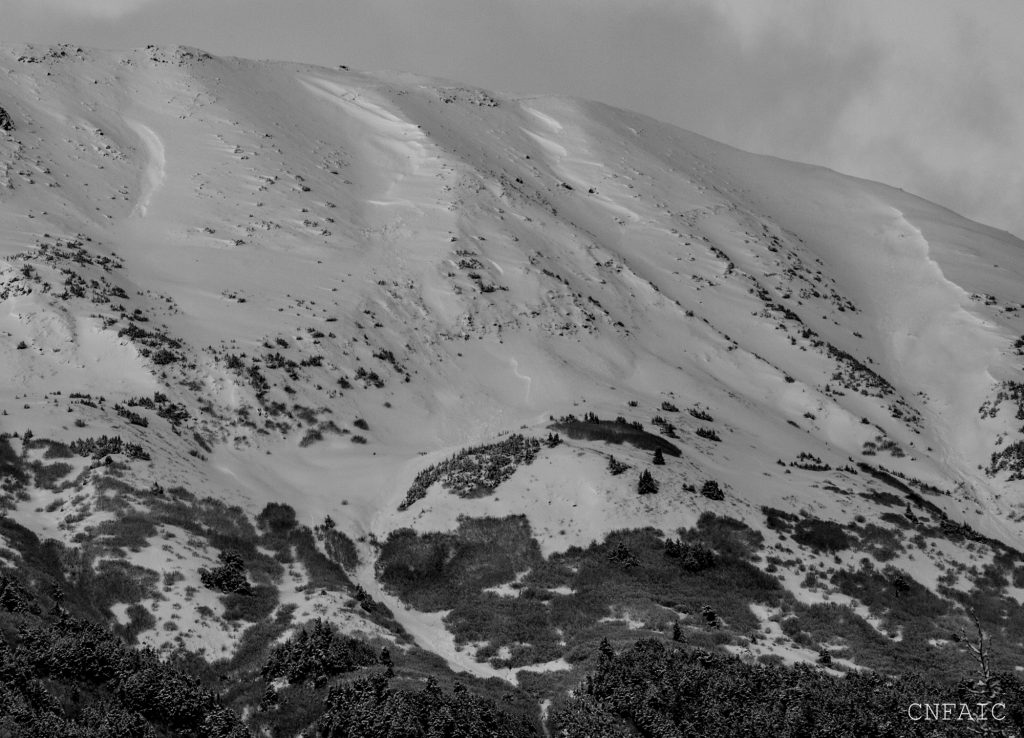 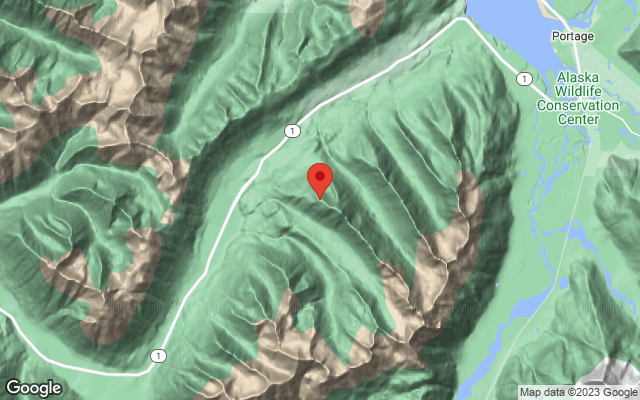