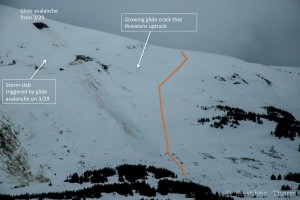 Pit at 3150' -SW aspect, 29*slope, HS=335cm, Pit height=90cm, Ski/boot pen=10cm/25cm, Tests: ECTP17, ECTP23 RP failed on 4F density m/f and dry rounds 50cm below surface. Interface was not smooth/clean, but layer did fail suddenly. These test results showed propagation potential, but due to the stout K hard (7cm crust above) it would require a large amount of force to trigger this layer, or the 7cm crust would have to loose its strength. 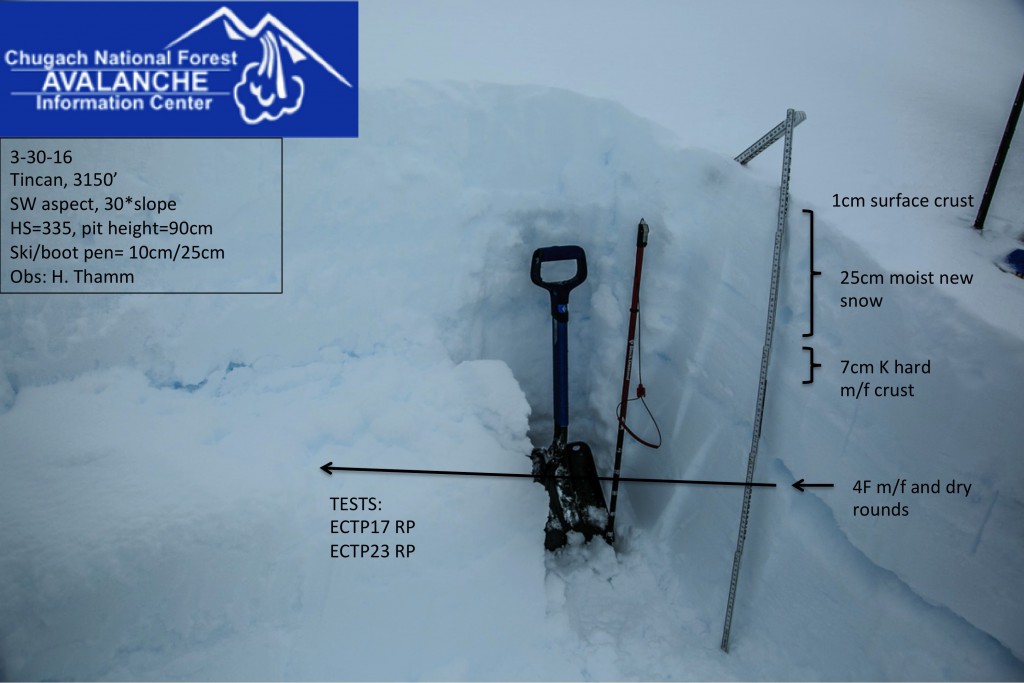 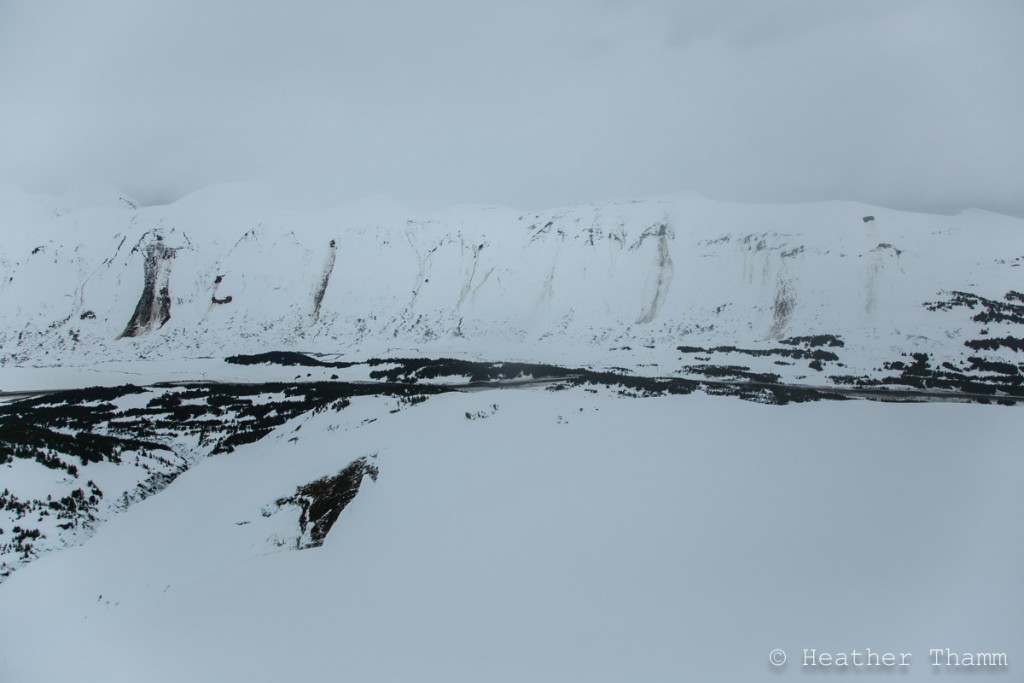 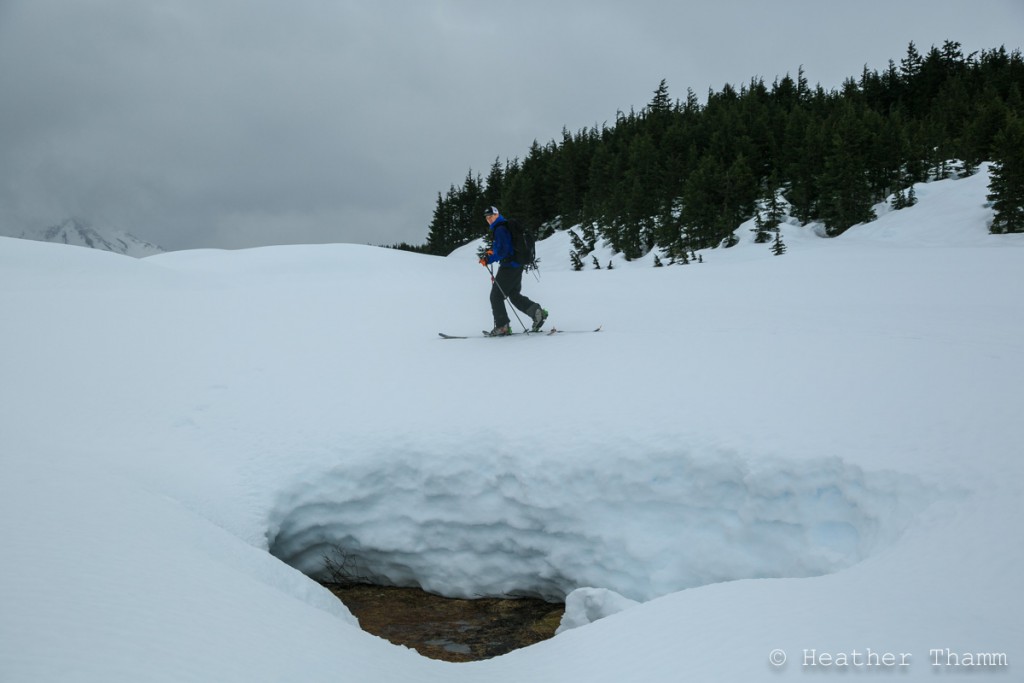 Mostly supportable crust exists at 1000'. There are areas that have melted out to the ground, but areas with 4+ feet of snow on the ground 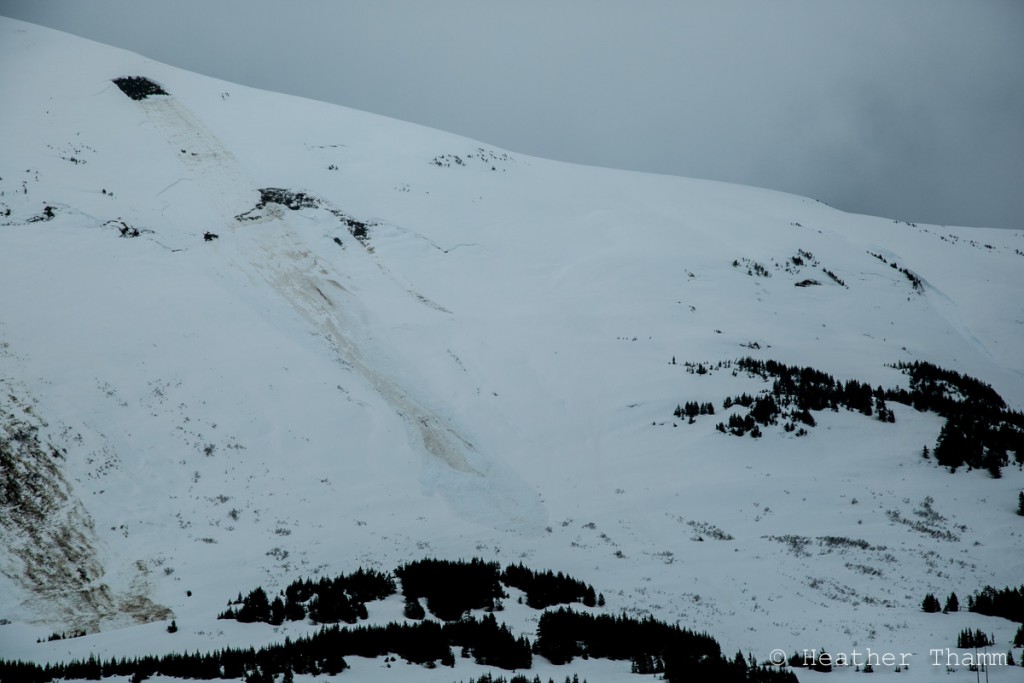 View of the the recent glide releases and wet slab from 3/29 just next to the up track on Seattle Ridge. 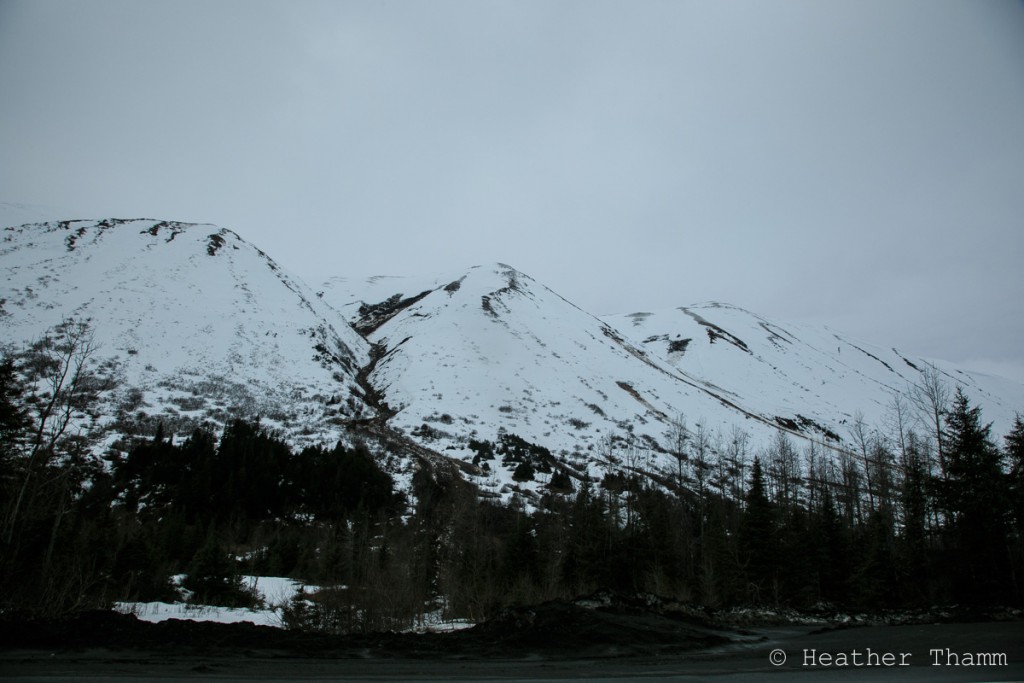 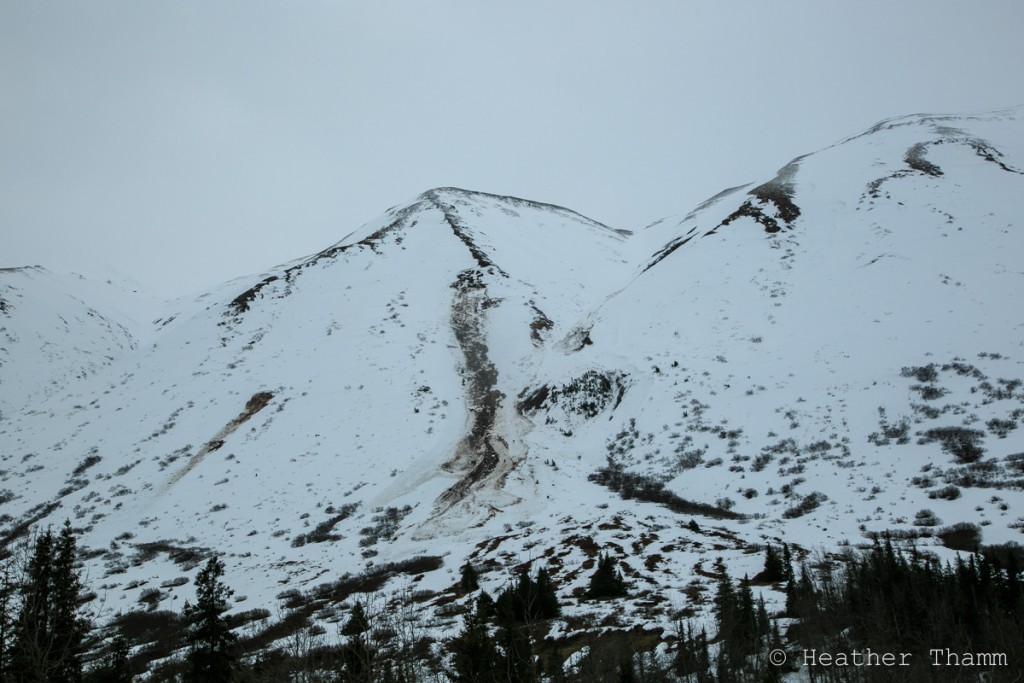 Reference picture near Bertha Cr on the South end of Seattle Ridge with recent glide activity from the last few days. 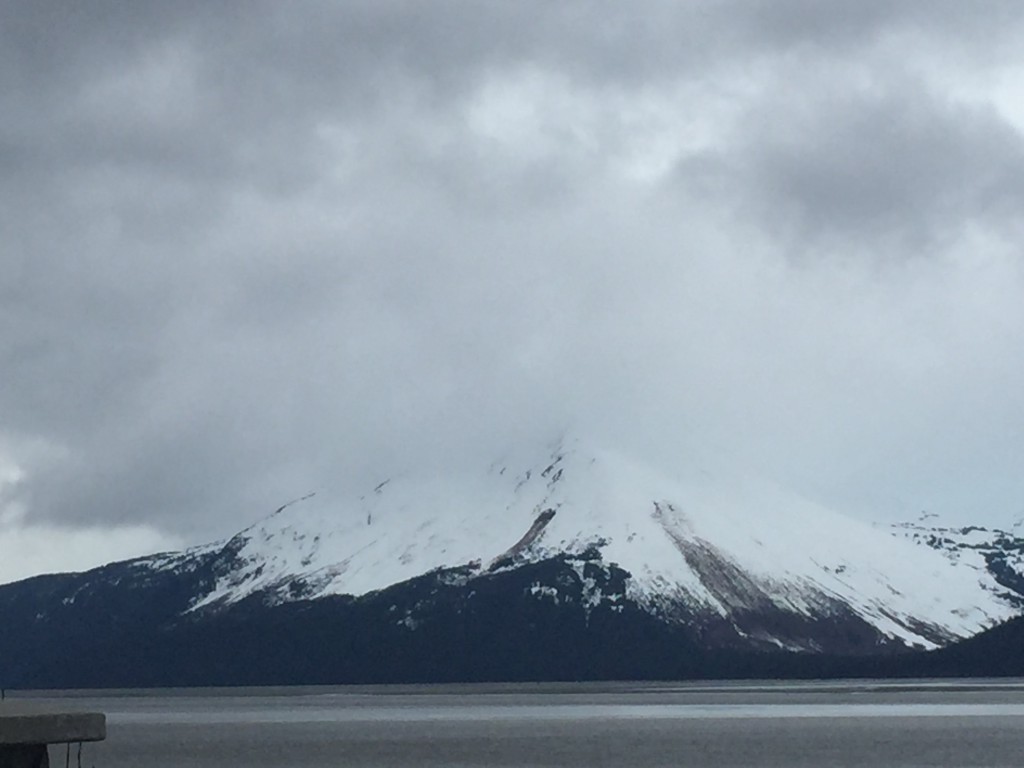 New glide release on the N shoulder of Pyramid Peak, view from Girdwood 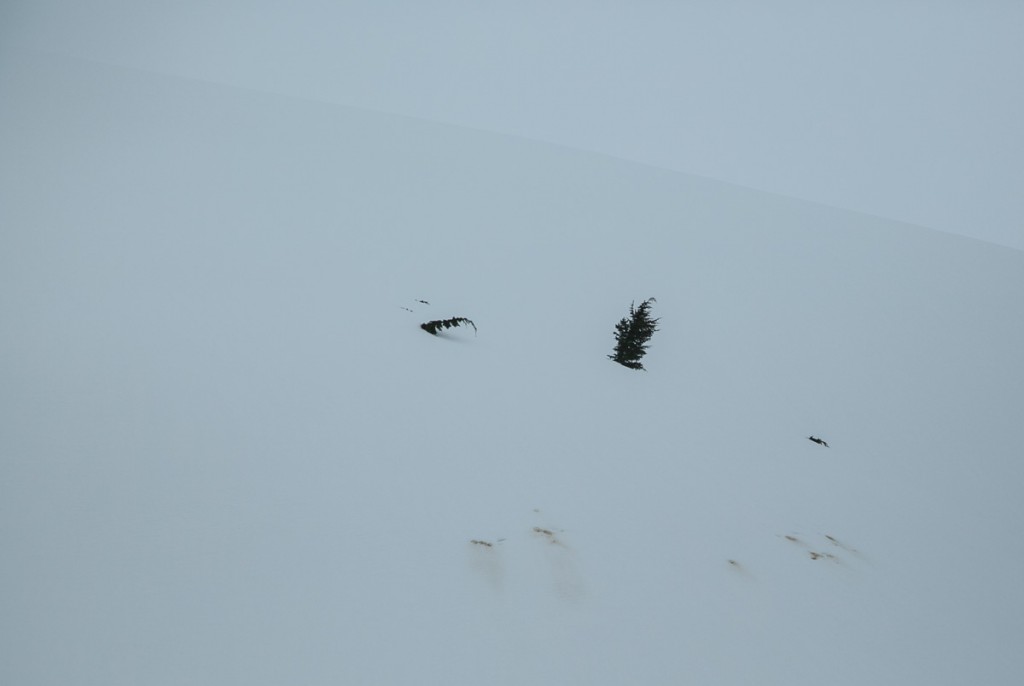 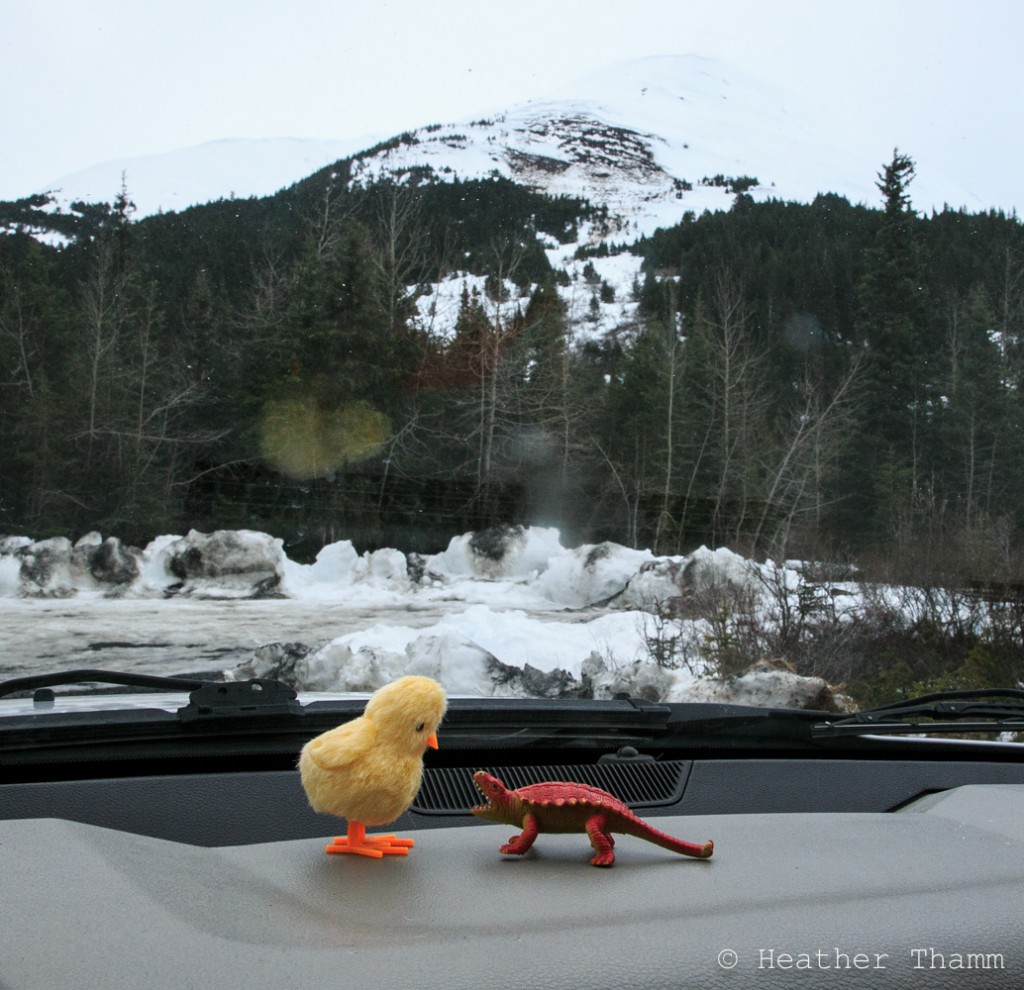 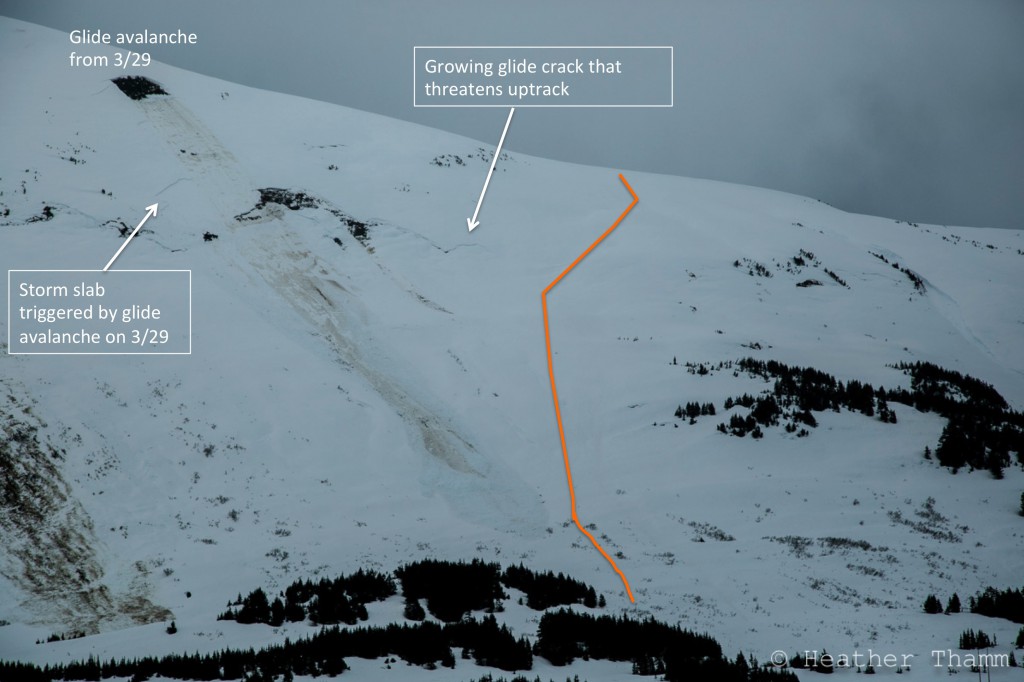