Normal Tincan uptrack to 2900′. Visibility was in/out with bursts of snow showers. Didn’t find many red flags today following last night’s Xmas storm that left 15″ of new snow on Tincan. Lots of large groups recreating at Tincan and many slope testers on Common Bowl, but no human triggered avalanche activity was observed.

Could see some small piles of debris in several gullies on the East face of Seattle ridge. Only one post storm D1.5 slab was visible with a brief good look at most of Seattle Ridge from Tincan. Visibility was limited to one 30 minute window at 1:30pm.

Scattered snow showers (up to an inch of accumulation on the truck)
Temps: 32F at parking area, 22F at 2900'
Winds: Light, 5-10mph
Skys were broken for about 30 minutes mid afternoon
Rain/snow line was at 500' on the way to/from Turnagain Pass

Did many hand sheer tests along the way. At 1100' one hand sheer failed on isolation on a 40* small slope. Otherwise all hand sheers failed easily on 20-35* slope angles. Shear quality was Q2 and Q3. Dec.20-24 BSH/facets was the weak layer in all hand pits.

Pit at 2800' West aspect, HS=245cm, Pit was 145cm from surface, ECTX - Slab was not cohesive enough to get any ECT results in new snow and there was no failure below this layer. Overall pit was mostly 'right-side-up.' BSH layer was very visible and was sitting on near surface facets formed last week Dec.20-24. Near surface facets were small (.5mm-1mm) and not well developed in this pit. They stuck together when pressed into a ball.

We did not get high enough into the alpine to find wind affected snow, but could see signs of wind erosion on Seattle Ridge. See photo.

*Overall we observed low density new snow that hasn't had enough to time to settle into a slab. Its possible at higher elevations where winds were stronger that the new snow is firmer and more 'slab-like." 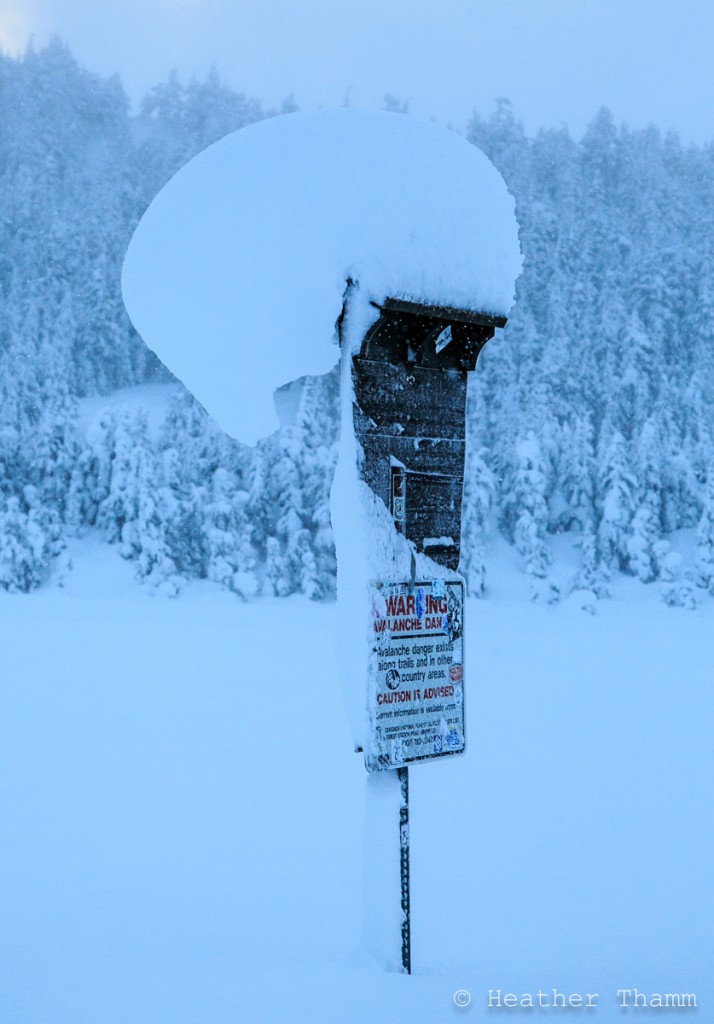 Tincan trail sign was a good sign that temps stayed cool enough at the trailhead to produce snow. 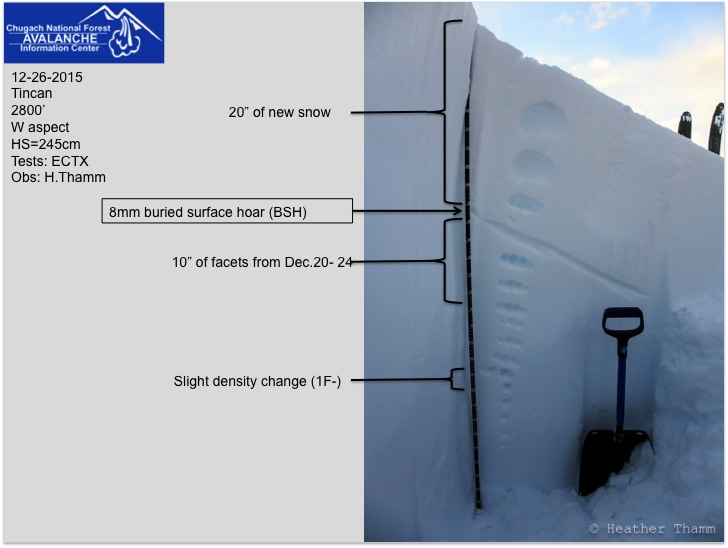 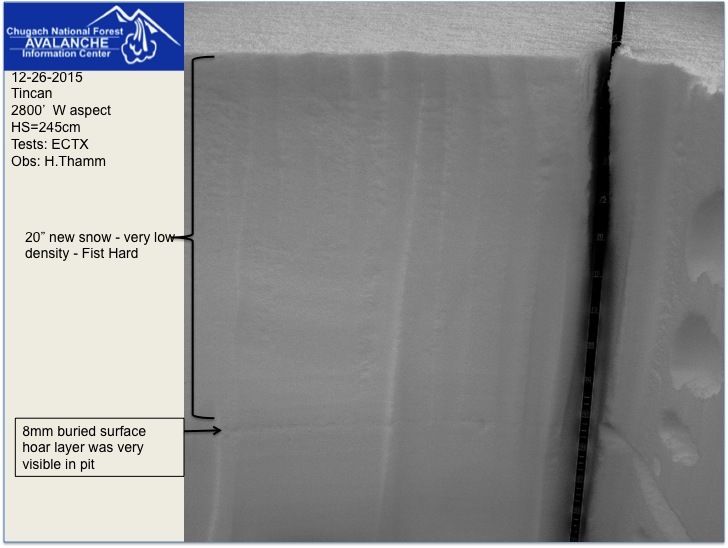 Close up of buried surface hoar layer visible in pit 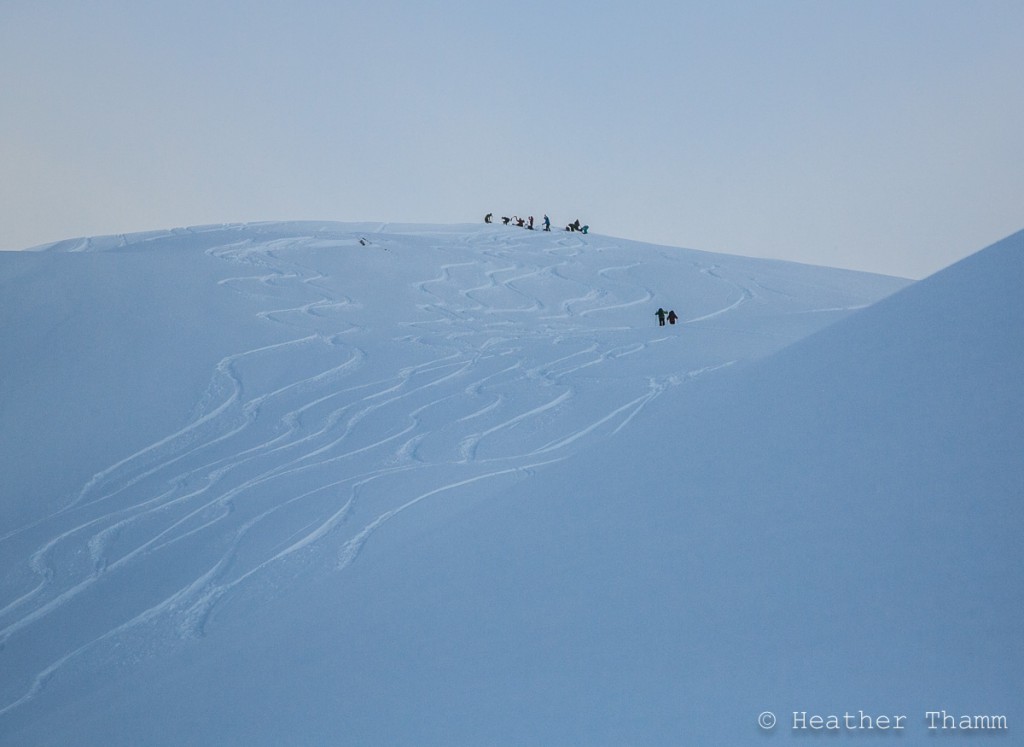 A lot of people recreating on Tincan today made it challenging to be aware of people above and below you. 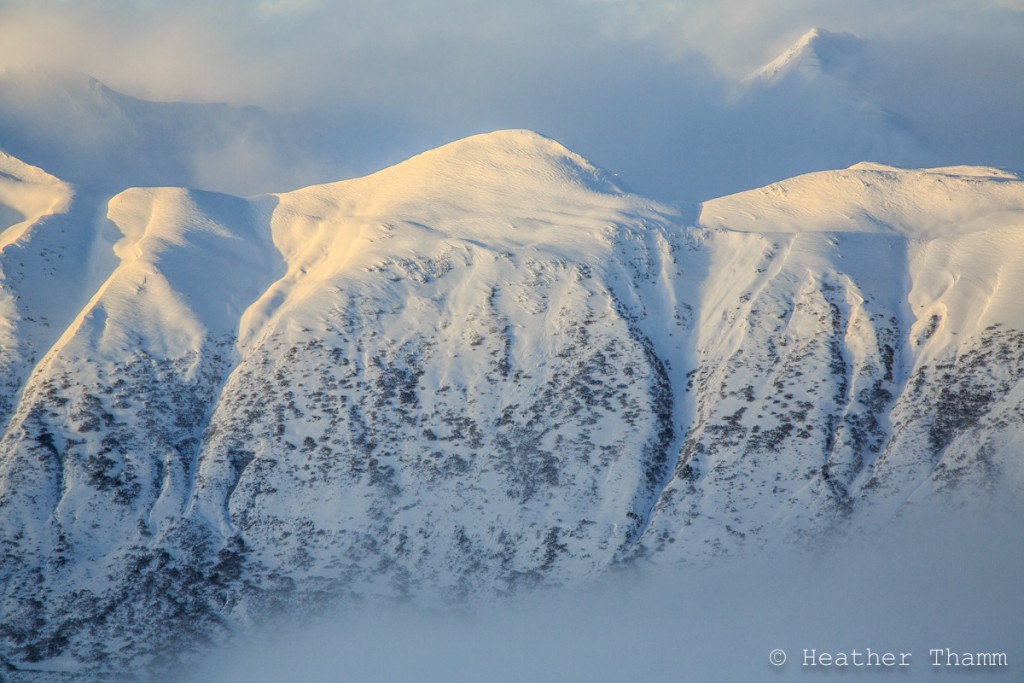 Cross-loading was visible on Seattle Ridge as well as one small natural D1.5 slab 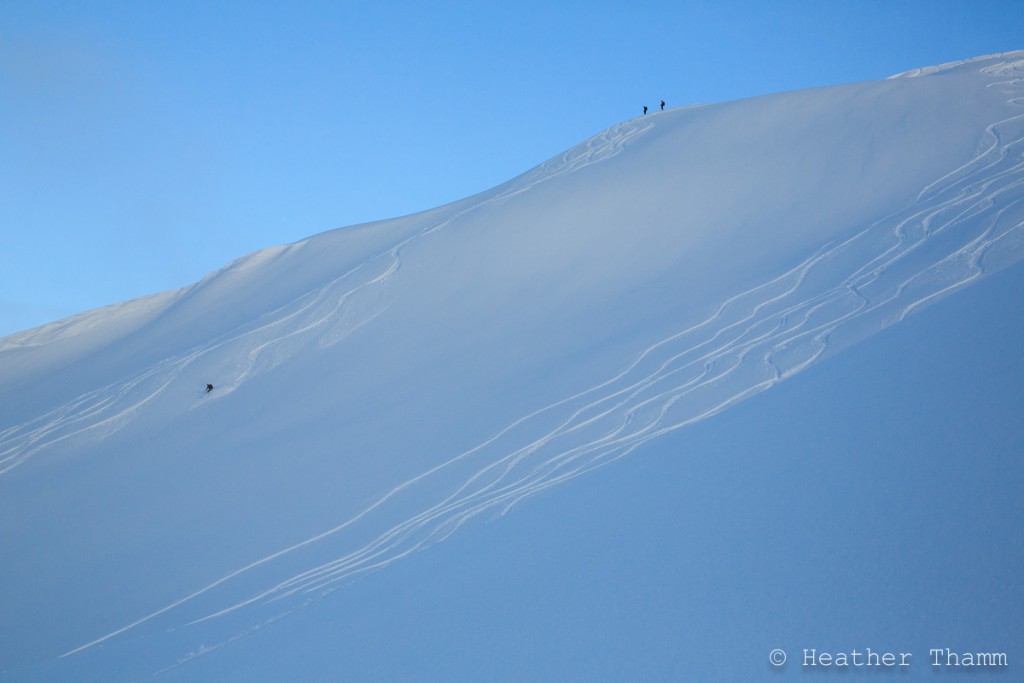 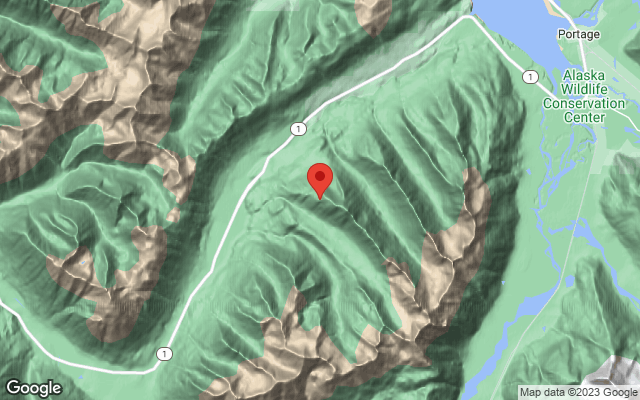