Recent avalanche on CFR - likely occurred 12-11-15 mid storm when winds were gusting in the 40-50's mph. Debris was partially covered with new snow.

Pit1 - 2200' on a SW aspect, 25* slope, HS=120 Test Results: ECTP15, ECTP17, ECTP20, Sudden Collapse (See photo diagram) - the Buried surface hoar (BSH) was found 50cm below the surface on 5" layer mostly rounding facets. These rounding facets were bonding together well, but had a thin layer of loose facets at the interface of the m/f crust. Test results showed propagation potential on the BSH layer. A moderate amount of force was required for the BSH layer to fail. The location was downhill of several hemlocks and is in a protected area.

Pit2 - 2600' on a SW aspect, 21*slope, HS=147, Test Results: ECTX (See photo diagram) - There was 57cm of new snow on an old snow layer of wind affected snow and 4F hard facets. The m/f crust from the Thanksgiving storm was 90cm below the surface. Pried the slab with my shovel and it broke below the 2cm m/f crust. Surface was very uneven. The location we chose was in a more wind exposed place, but a slightly leeward area adjacent to the ridge. Probed around a lot and the average height of snow was 150cm. 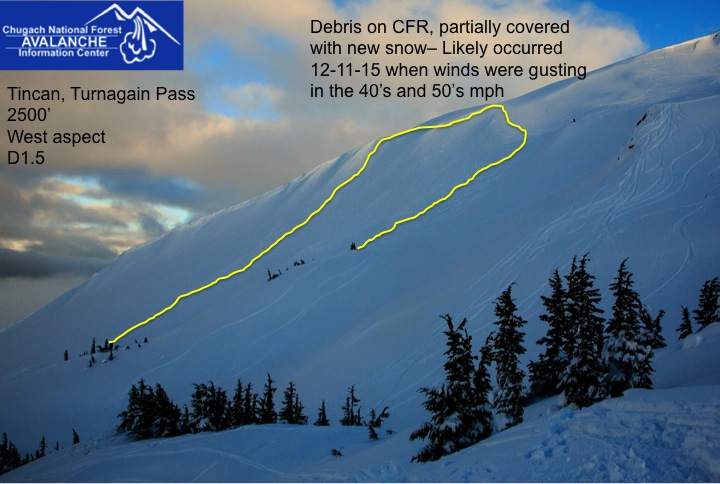 Recent avalanche debris on CFR on Tincan at 2500'. Debris was covered with fresh snow, but likely occurred near the end of storm. 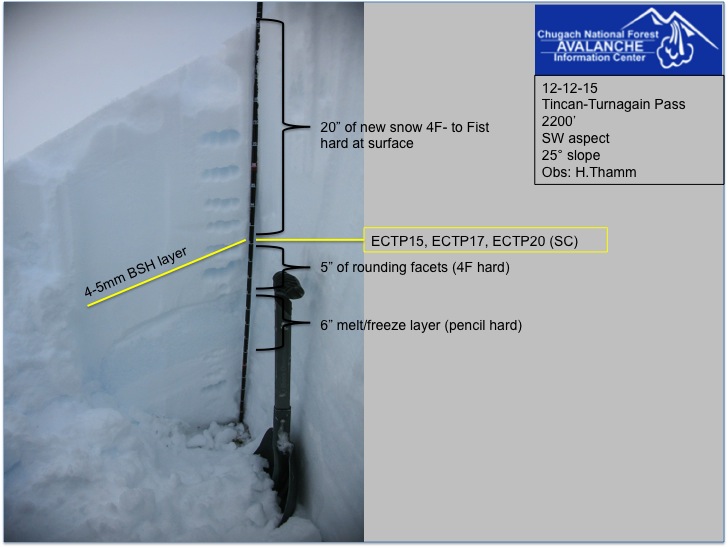 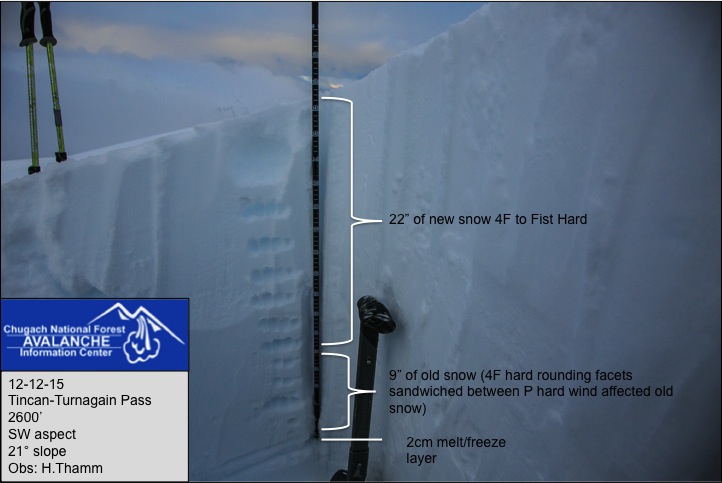 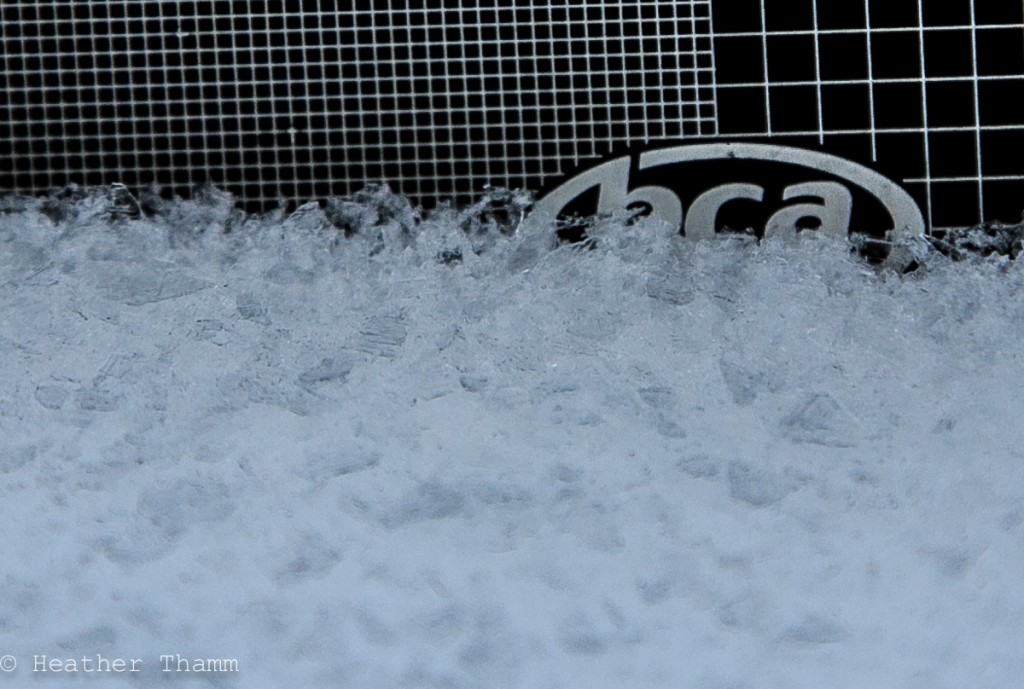 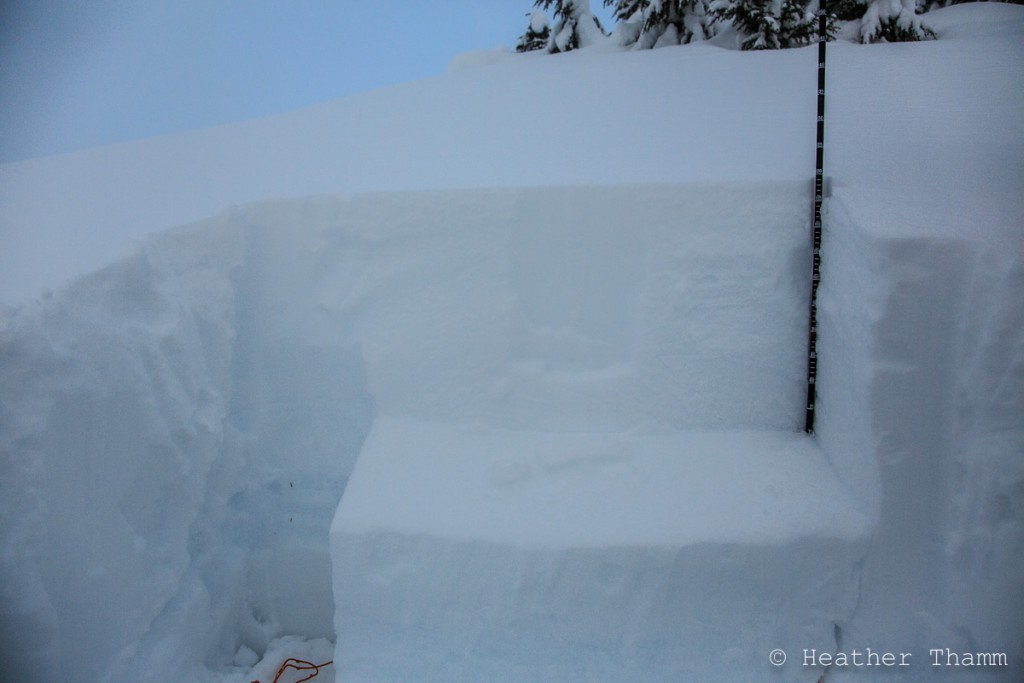 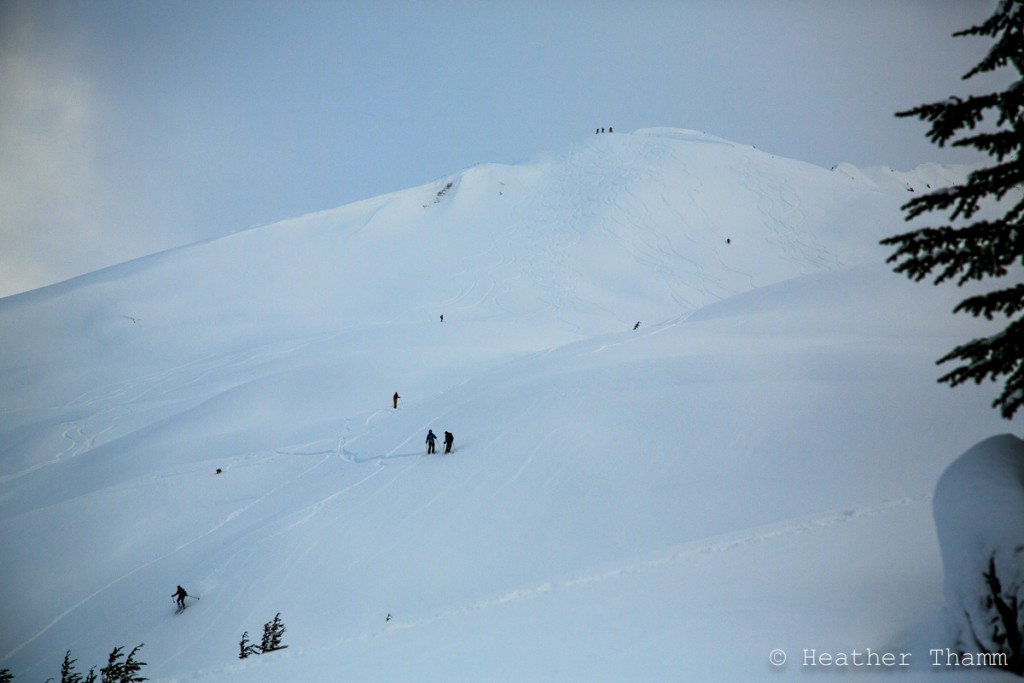 Tincan was very crowded today, and its a good reminder to practice safe travel rituals like only exposing one person at a time to steep slopes. 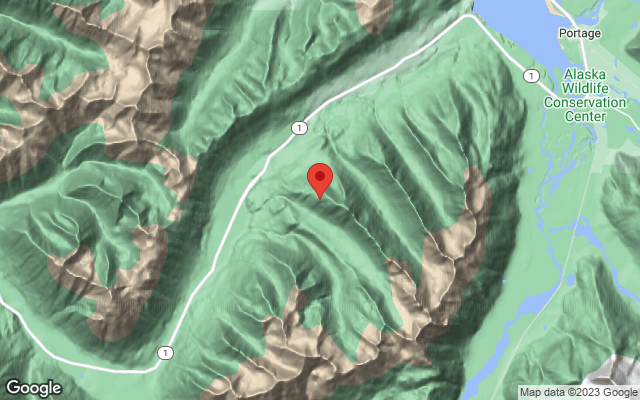