Toured to 2500′ on the normal skin track. There were three human triggered avalanches on Tincan today between 2200′- 2700′. Two were triggered remotely and one was triggered by a snowboarder. We also could see evidence of natural activity on Lipps W and S facing slopes.

There were three human triggered avalanche today on Tincan. No one was caught or buried.
Two of the avalanches were triggered remotely and the other was triggered by a snowboarder descending.
2200' on a N aspect, relatively small, D1.5 - party of two breaking trail across gully from Beaded Stream snow temp instruments.
2200' on a W aspect, small, D1 - one snowboard track in/out, ~15" deep, 25' wide, ran about 50'.
2700' on a S aspect, size (?) - triggered by a party of two breaking trail near common bowl. They couldn't see the exact size due to terrain, rolls over steep convexity out of sight. They said the slab was about 15" thick.

Dug a handful of hand pits. Easy to moderate scores on a layer of buried surface hoar. Total slab depth varied from 12 - 20" of snow, depending on aspect (windward or leeward.)

This widespread layer of buried surface hoar was found sitting on a m/f crust to about 1500', but as you gain elevation it was failing on an older snow layer (rounds) with varying hardness of four finger. 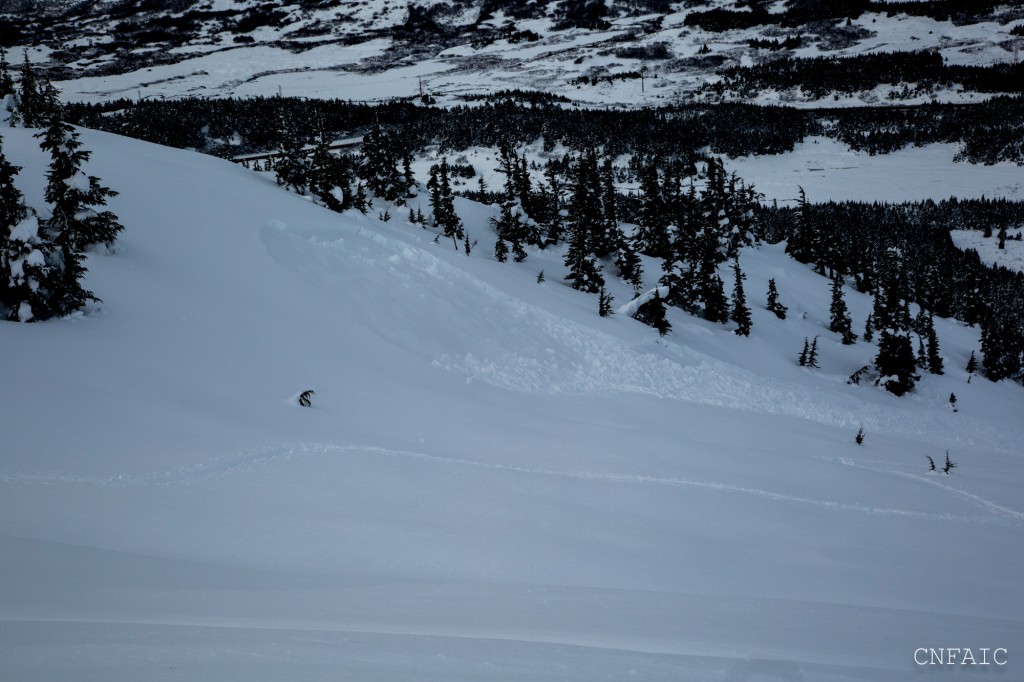 Remotely triggered avalanche on a North aspect of Tincan at 2200' 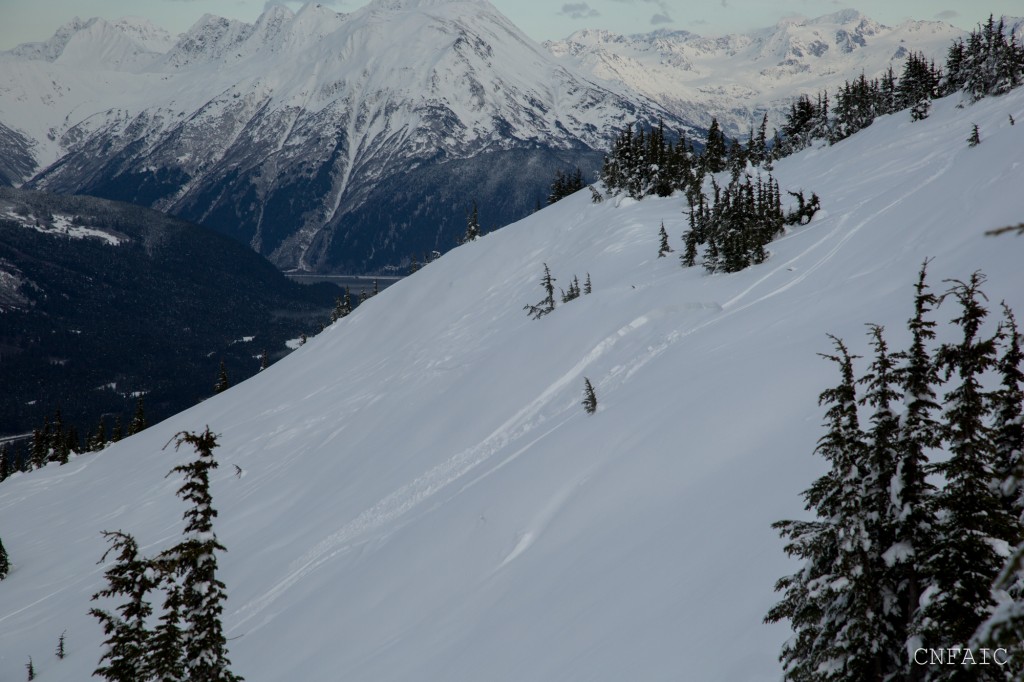 Snowboard triggered avalanche on a W aspect of Tincan at 2200' 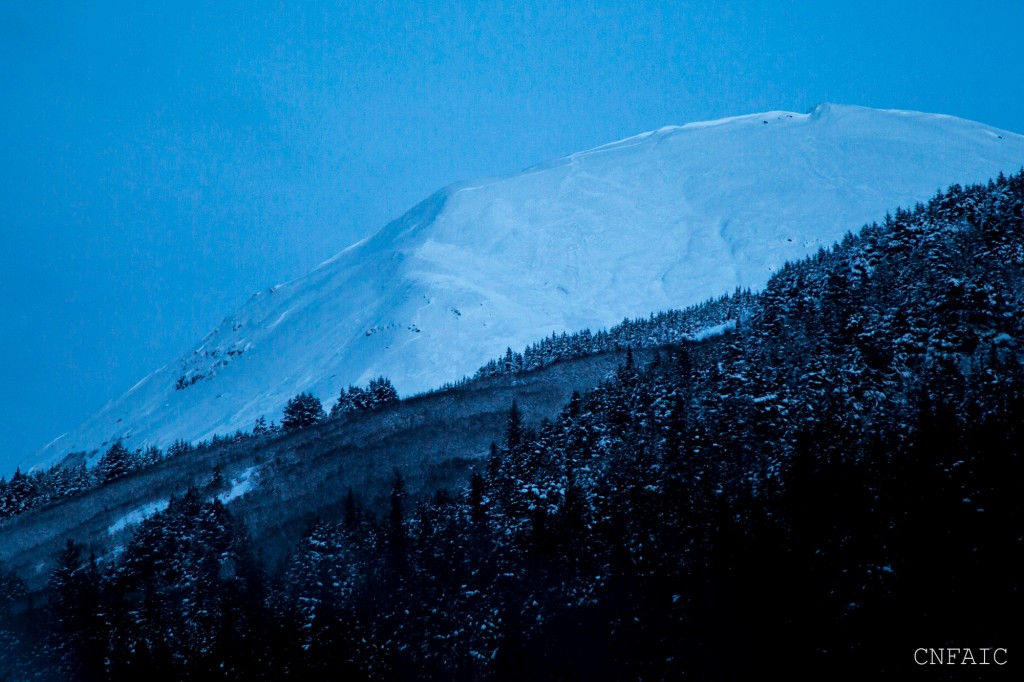 Recent natural avalanches on Lipps, on both W facing and S facing slopes. 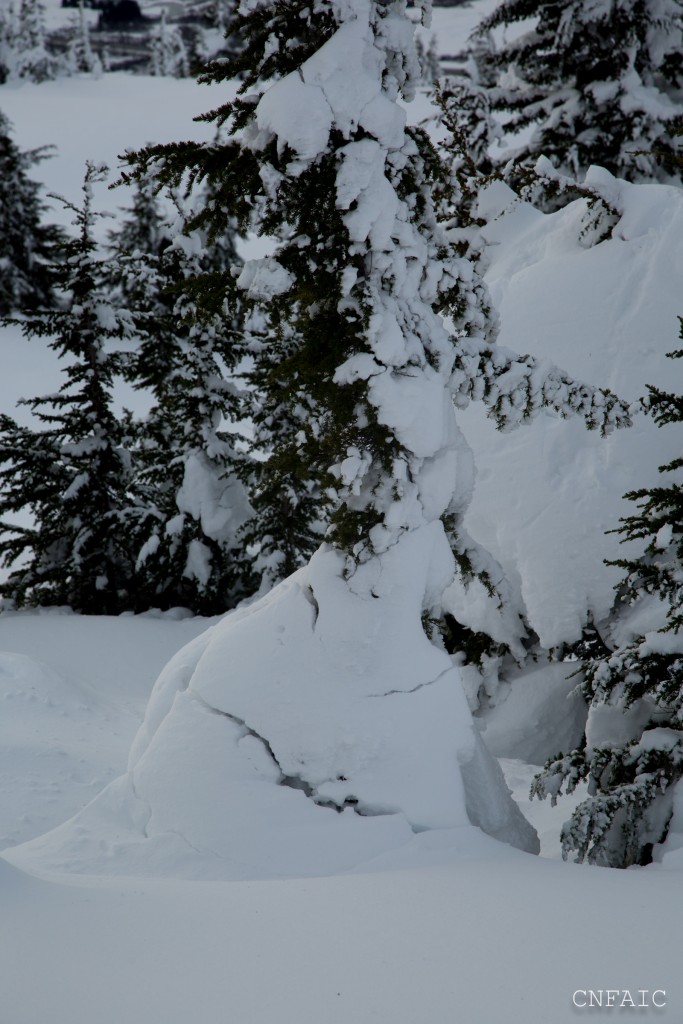 Cracking was observed in wind stiffened snow and on/around some tree cones between 2000'-2200'. 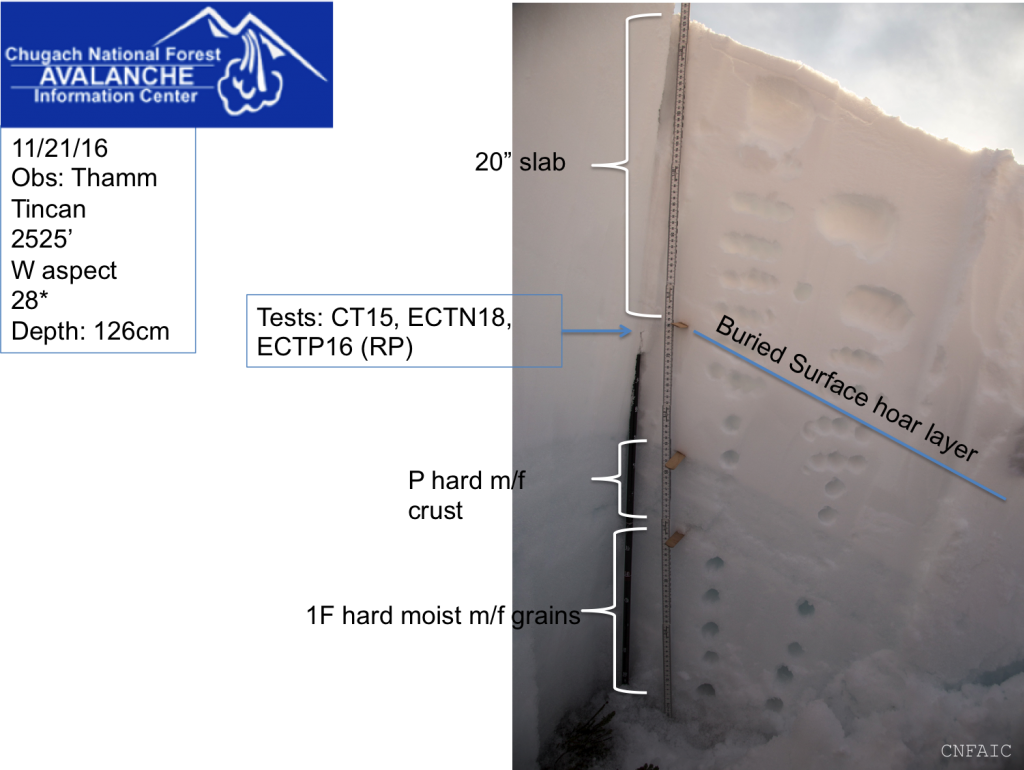 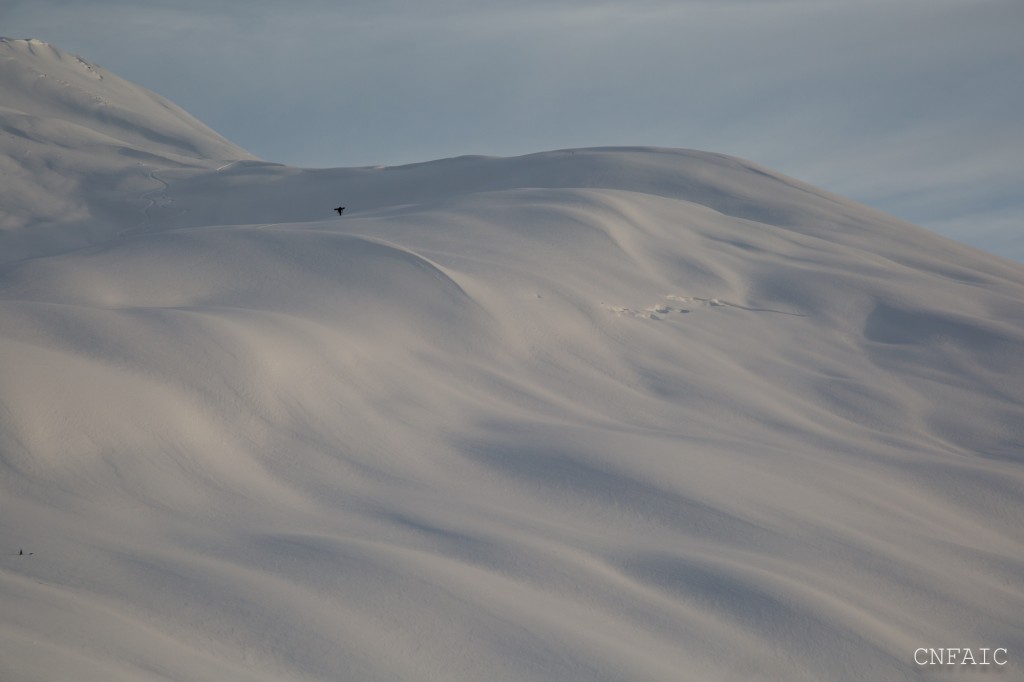 Glide crack opening up on Tincan on a SW aspect. Also note the wind sculpted snow. 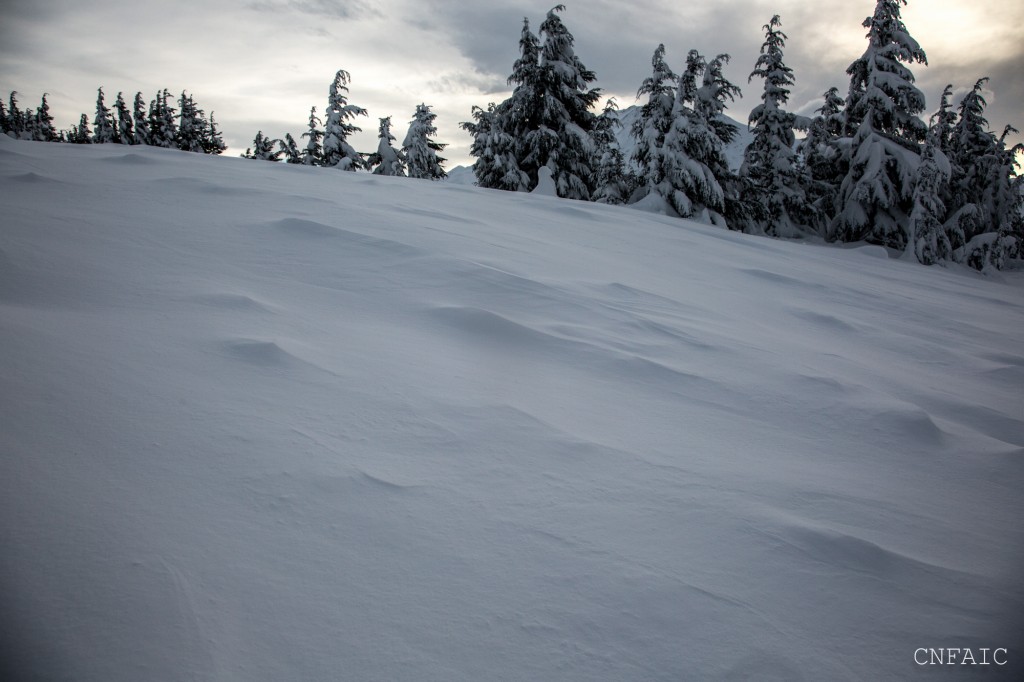 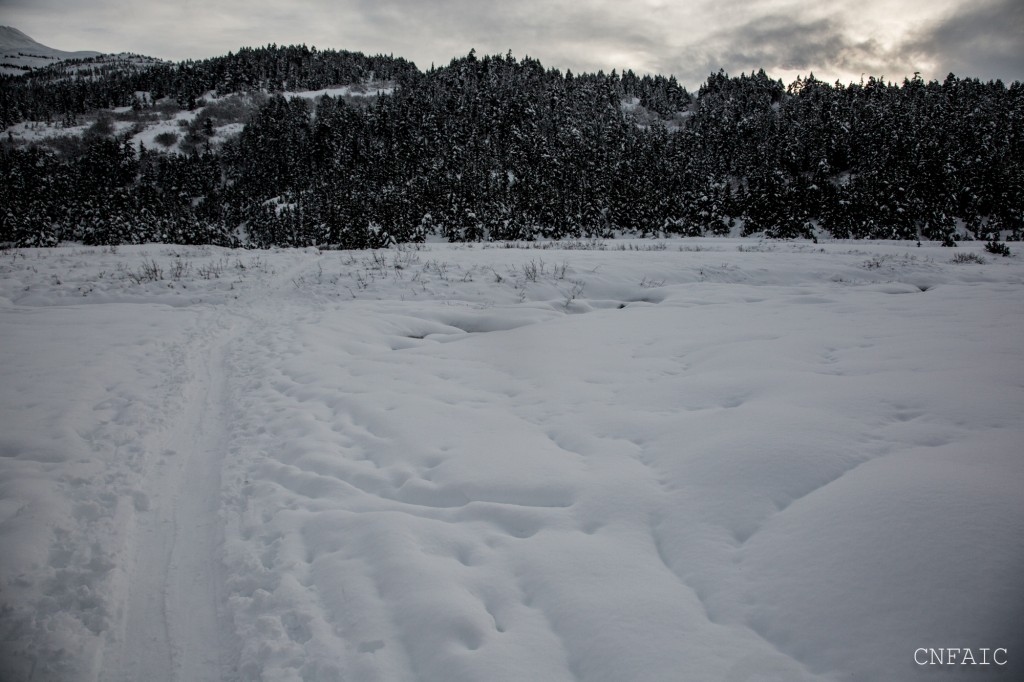 Melt/freeze crust was 1" thick near the road level, but quickly gets thinner and disapears with elevation.