Primary focus was on new snow bonding with the old snow/crust from Jan.26-28 storm last week. Due to poor visibility and blowing snow we only made it to 2400′. In the protected trees we found generally good bonding between the new/old snow and crust. At 2400′ winds were transporting snow and we could feel a density change at this elevation where the snow was denser on the surface. Small cracking (1′) around skis and just above an unsupported skin track. No other obvious signs were observed, but due to lack of visibility we were not able to see into Alpine.

Snowfall S2 (1"/hour)
Skies were obscured
Winds were Moderate from the NE
Temps - 32F at parkinglot
Rain/snow line was near 900' just below Sunburst parking, raining at Johnson Pass T.H.

At 1000' heavy wet snow was not bonding well with the crust below on steep test slopes, becoming 'pushable' - found buried surface hoar sitting on this crust in a few places, but not everywhere.

1300' - 2000' -Did many hand sheer tests with little to no results between between new snow/old snow/crust below. On underside of crust melt forms were moist.

2400' - Could feel a density change on the surface where winds were depositing snow, with 1' cracking around skis.

Pit at 2200', SW aspect, 26* slope, see photo diagram. The old snow sitting on the crust was composed of mixed forms (<.5mm) and was not reactive in tests. CTN, ECTX. In Shovel Tilt Test- one to two taps could see a slight density change in top 15cm of new snow. 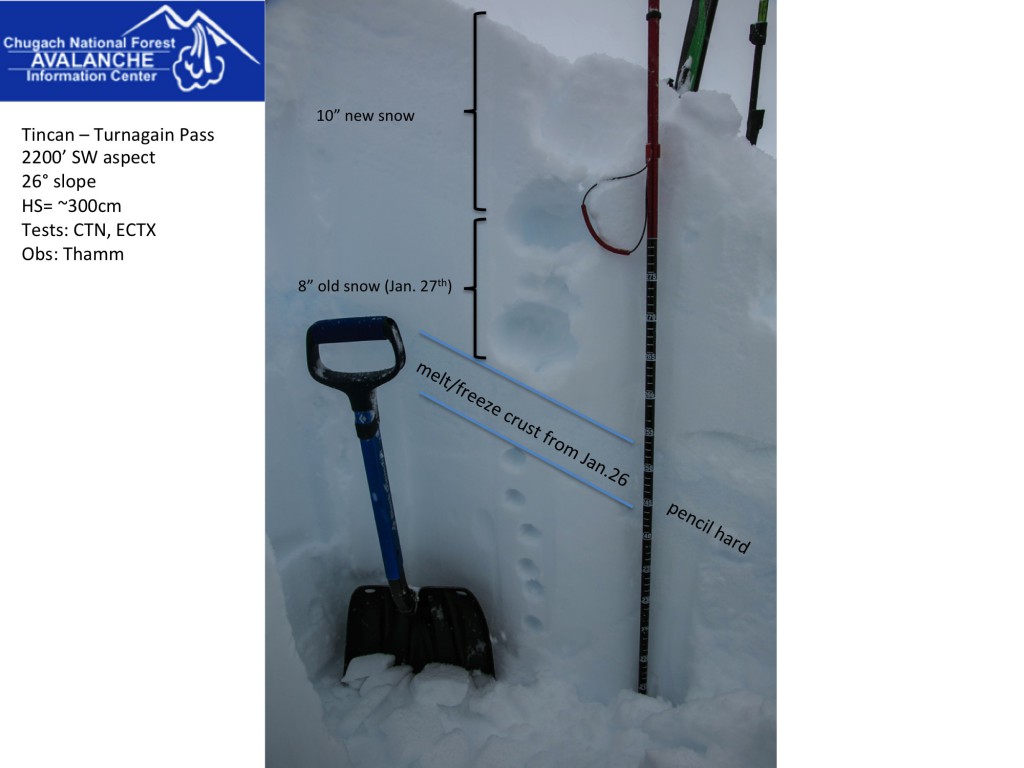 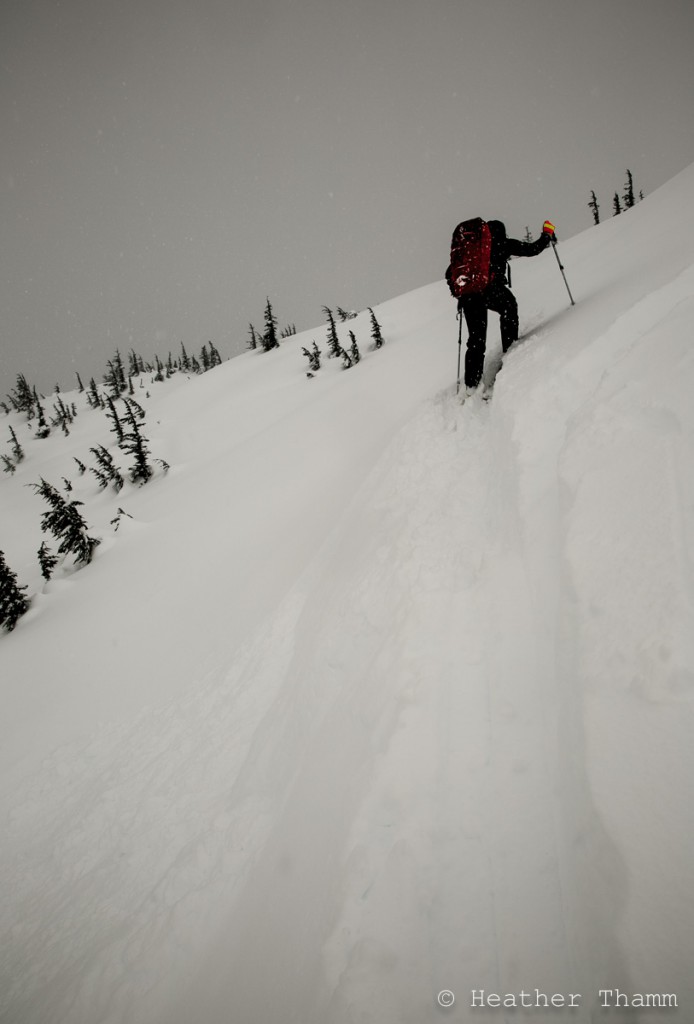 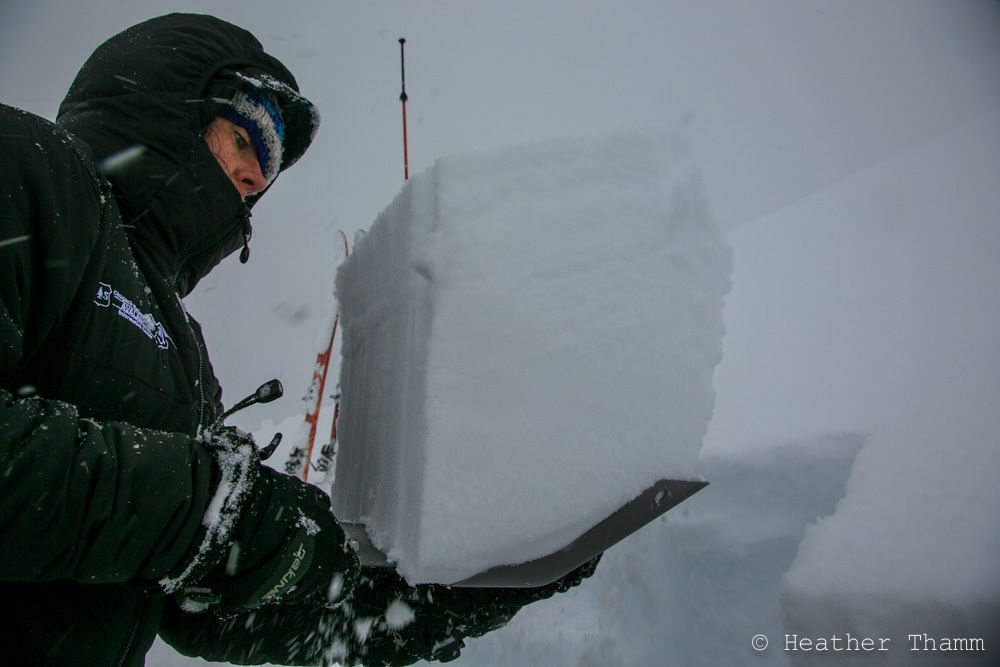 Shovel Tilt Test - with one to two taps revealed a density change within the top 6" of new snow. 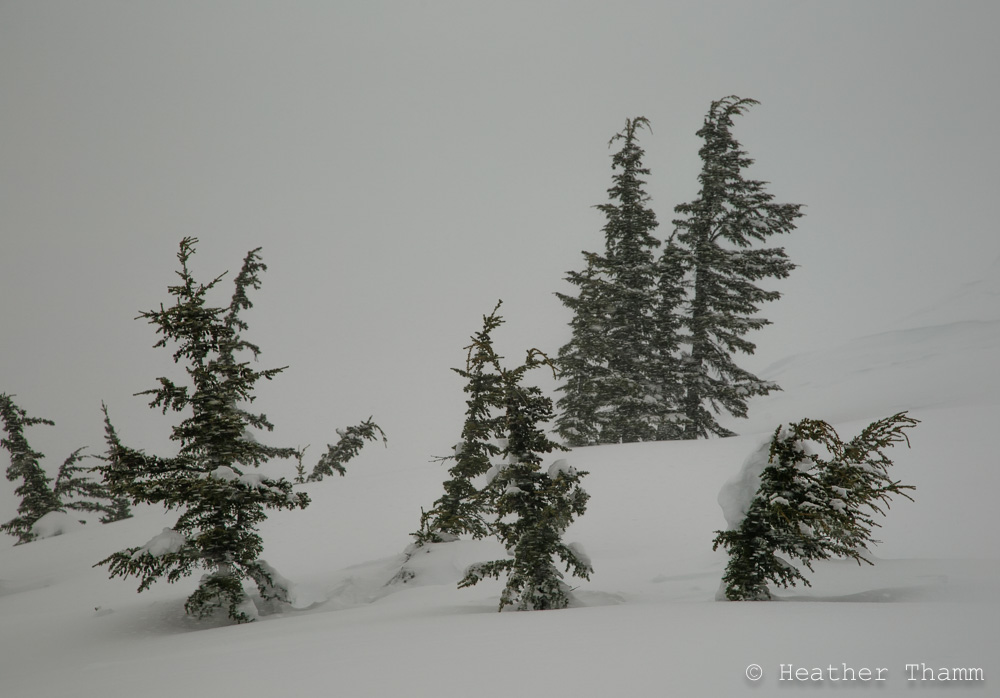 Winds were drifting snow around buried trees at 2300' 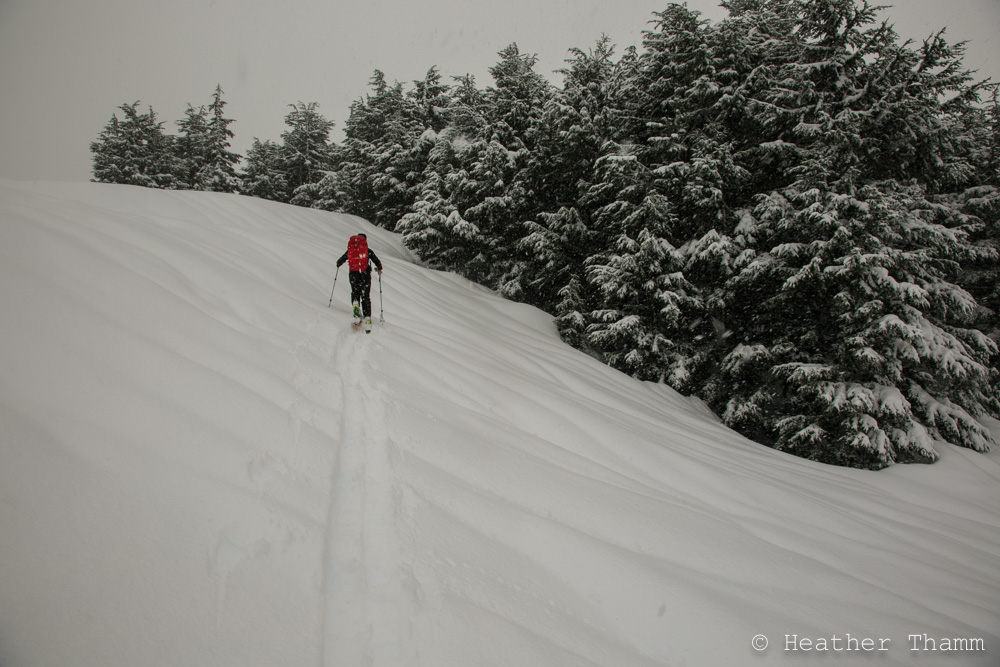 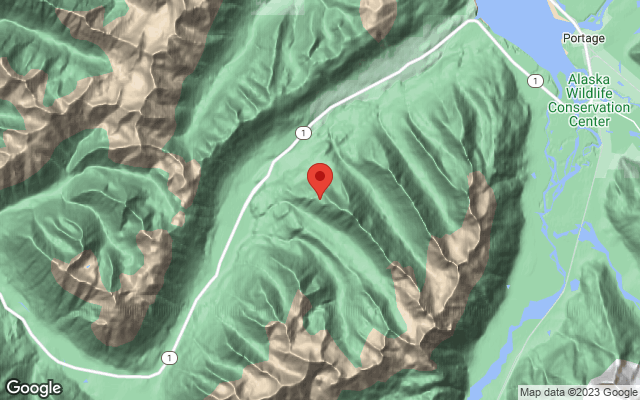