We observed shooting cracks in the new snow in areas where the snow was more exposed to wind. The snow was breaking 6-18" depending on if it was on a leeward or windward aspect. On a steeper pitch we cut 4' above our skin track and the snow slid onto skin track where it was unsupported. See photo.

Pit at 2250' - didn't find the buried surface hoar layer found last weekend in a similar area. HS~125cm, SSE aspect, 28* slope, 15" new snow, upright snowpack above stout melt/freeze crust, Test results: ECTN6 and ECTN9 both failed at slight density changes in new snow. No propagation potential was found and the only instability we found at density changes in the new snow.

Hand pit at 2300' on WSW aspect - 15" new snow failed easily. This was a leeward exposure where slab was denser (4F hard) and cracked easily under skis.

*In general the new snow was becoming more cohesive as the day proceeded due to rising temperatures. Above 2000' where snow was more wind affected, the slab cracked easily in places where it was unsupported. This wind affected snow was more supportable and 'slab like'. 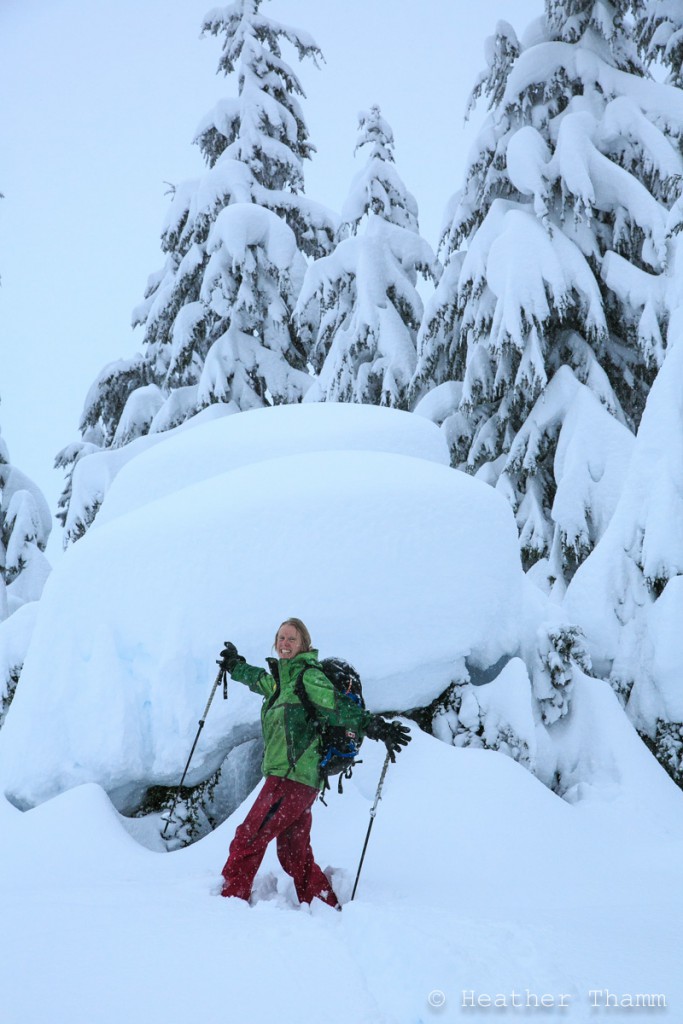 Impressive amount of snow is sitting in the trees. At the road level (1000') trees were just starting to shed snow due to rain. 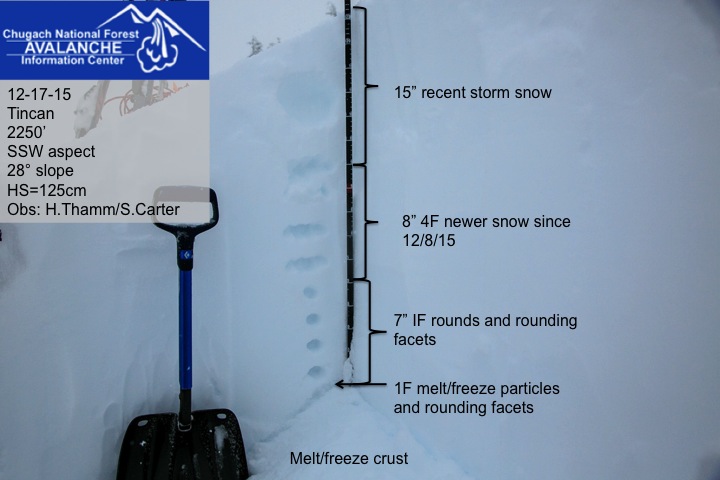 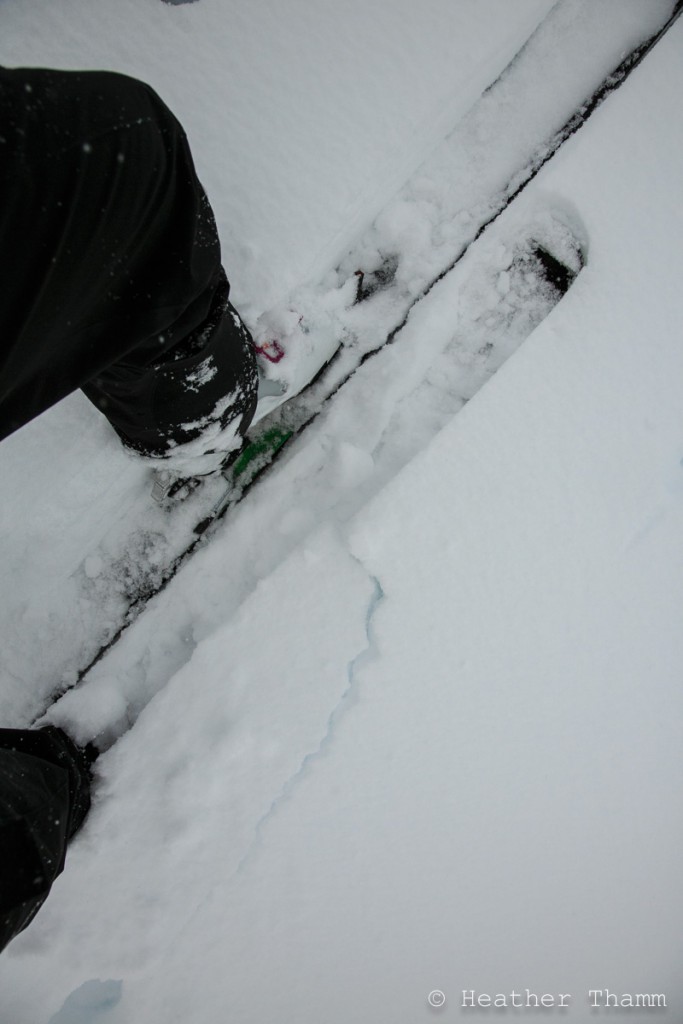 After leaving the skin track at 2200" cracking was more frequent. 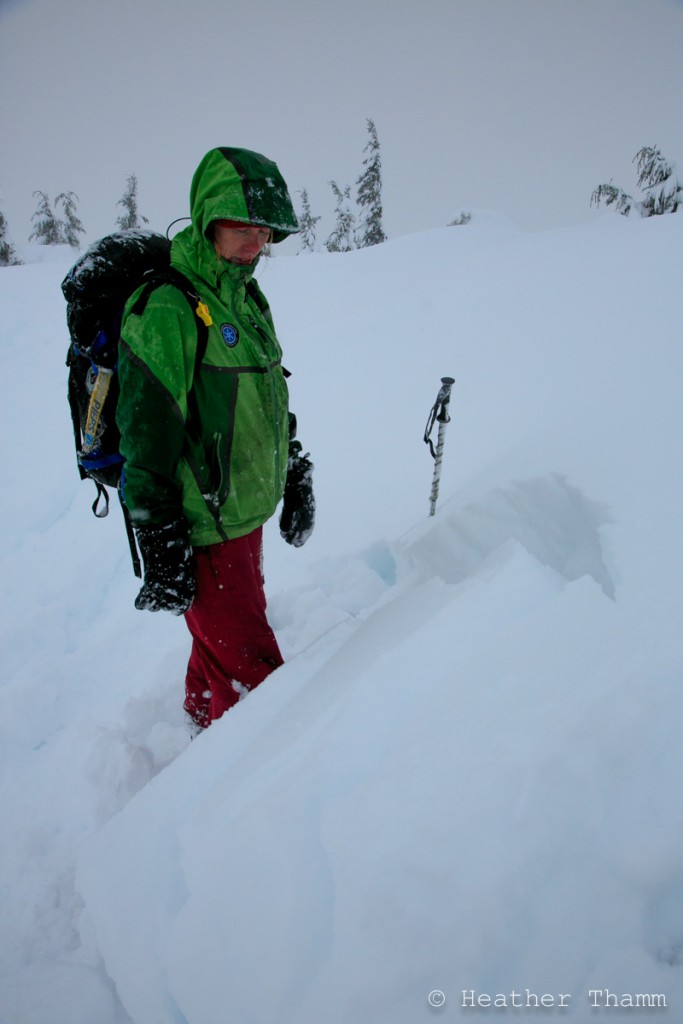 15" slab failed easily above ski track where snow was unsupported. 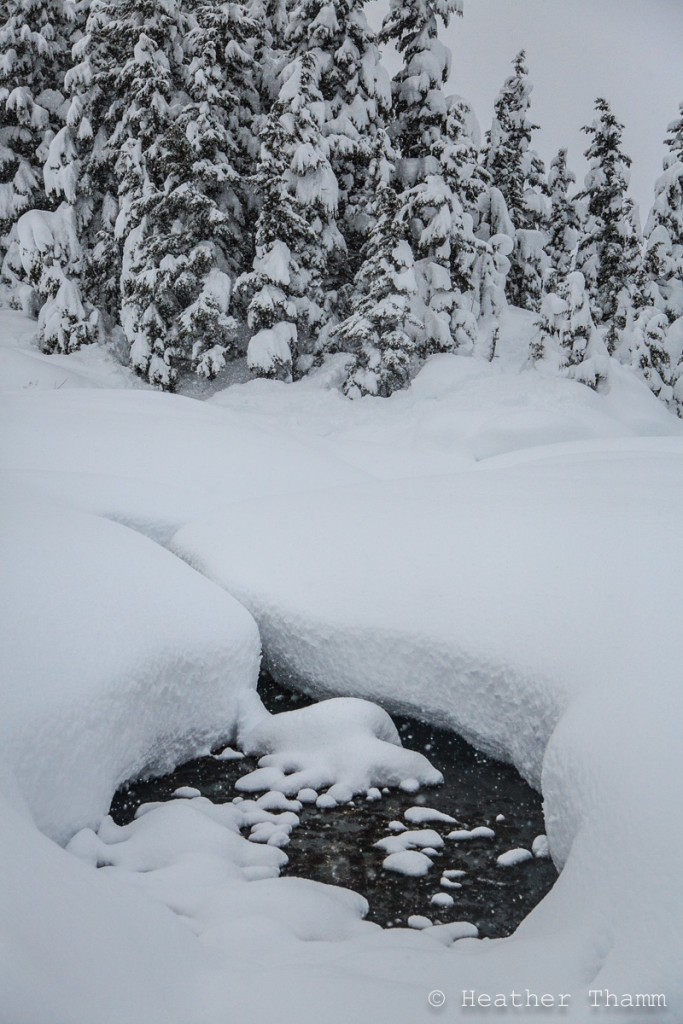 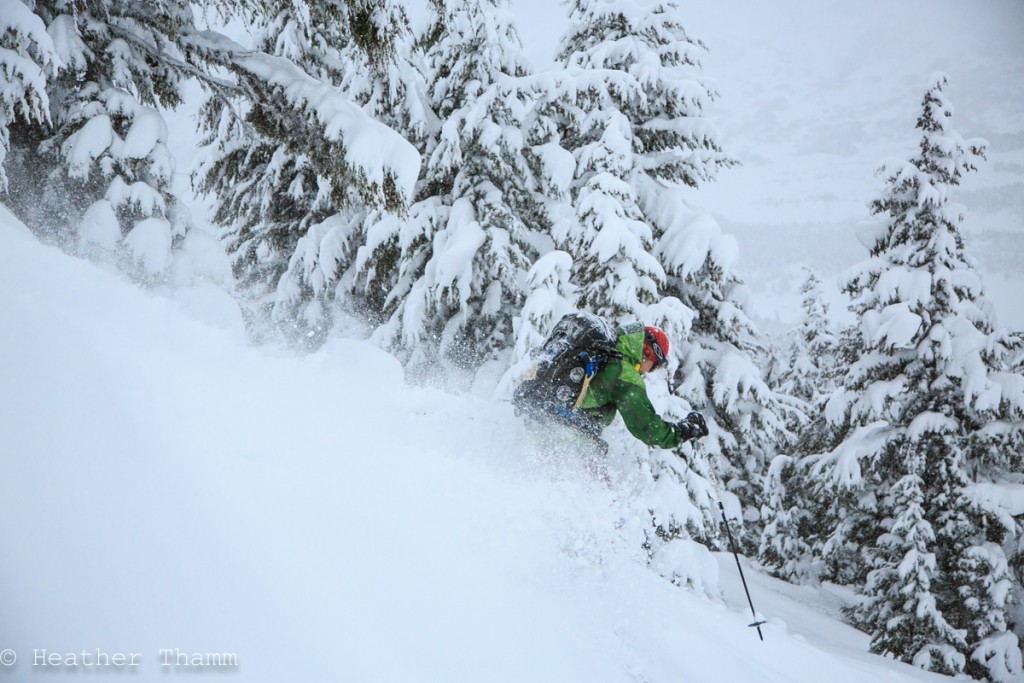 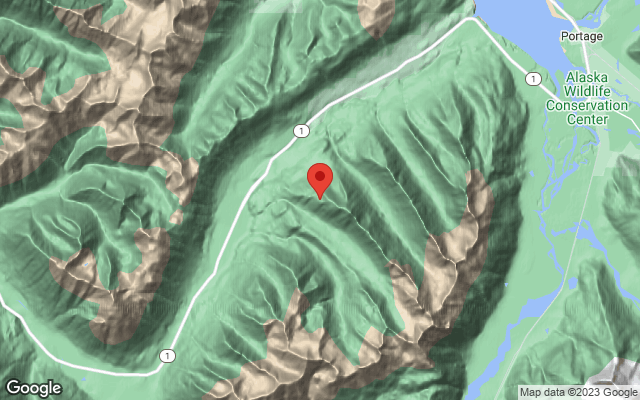