Natural D1 avalanches on Eddies were one connected D2 avalanche that was skier triggered around 2:30 pm today. -AJB (I was digging a snow pit near by)

Two whumpfs experienced on Tincan, one where we dug at 2000 ft. Three D1 avalanches observed (that we believe occurred in the last 24 hours) on Eddies on open, convex rolls below treeline on W/SW aspect. These avalanches appeared natural as no tracks were spotted in the near vicinity. One student mentioned a report from a friend who triggered a few avalanches yesterday on steep convex rolls in Tincan trees that ran up to 100'. Observed crown lines on the steep wind loaded northerly aspects on Sunburst, as well as loose debris on Northerly aspects of Sunburst that ran in the alders to the valley floor.

Stout melt freeze crust at the Center Ridge parking lot that decreased in thickness from ~7" and eventually became breakable as we ascended. Crust was much stouter than yesterday, where trenched tracks were obvious from yesterday's class tour; whereas today we glided along the top of the crust in these same areas. Crust disappeared at 1650' on Tincan. Above snow was heavy powder that became drier as we ascended. ~3mm surface hoar was growing from the parking lot up to our highpoint at Tincan at 2000'.

Our findings from digging snow pits in four areas is summarized below:

Tincan 2000': At pit location at 2000' after getting a large whumpf and collapse we dug snow pits. SW and W aspects. HS=190-200 cm. Boot pen to waist. Near this same location yesterday boot pen was to chest, evidence of settling. Two visually discernible gray lines of surface hoar were apparent in our pits. These layers of surface hoar, the Jan. 11 BSH and New Years BSH, were our layers of concern. We had 5 ECTPs on the Jan. 11 BSH down ~ 70 cm that failed with moderate to hard force. CTs were failing Q1 with moderate force down ~70 cm on the Jan 11 BSH and with easy force down ~115 cm on the New Years BSH. I am suspect that the original whumpf in this location that led us to dig was the New Years BSH collapsing. 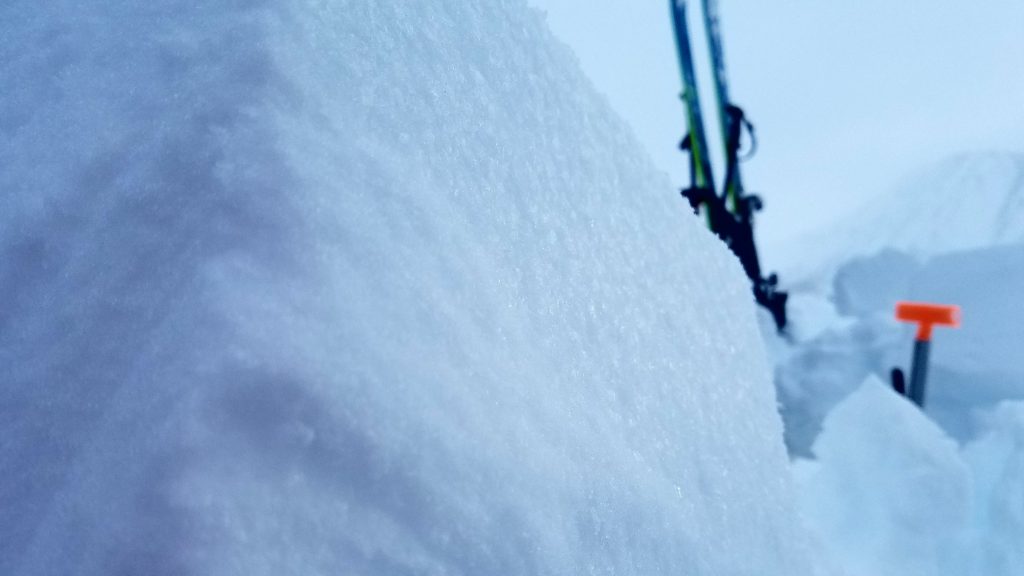 Failures on both the Jan. 11 and New Year's BSH in snow pits at 2000' on Tincan. Surface hoar visible in pits and in picture. 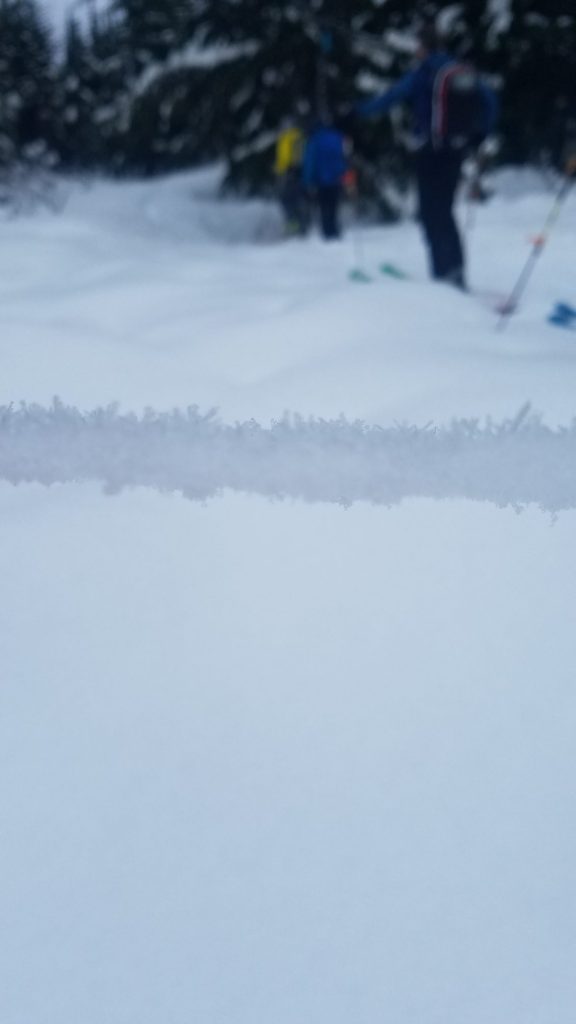 New surface hoar growing at all elevations up to our highpoint at 2000'. This surface hoar sits on a melt freeze decreasing in thickness up to 1650'. 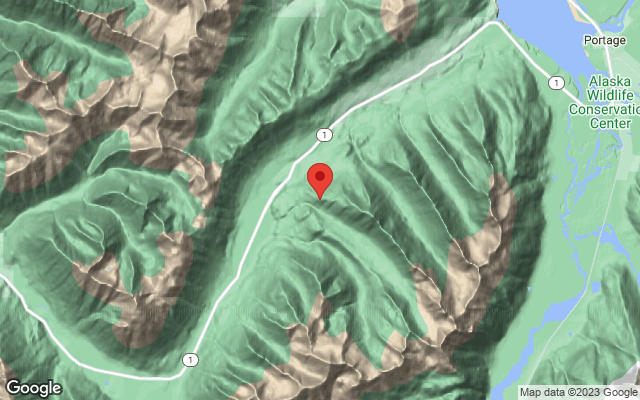