Students triggered avalanches on test slopes around 1,300' on the Sunburst uptrack. The avalanches were small and happening only on 35 degree and over terrain. These were on slopes that were wind loaded with the recent snow. No remote triggers.

There was snow accumulating throughout the day. Precip rates were S1 to S2. Temp at 2016' was -2C at 14:02. Freezing line later in the day seemed to be around 400' Winds were not strong but blew generally out of the east.

8" of new snow in non wind loaded areas. Good skiing above 1500' at Tincan 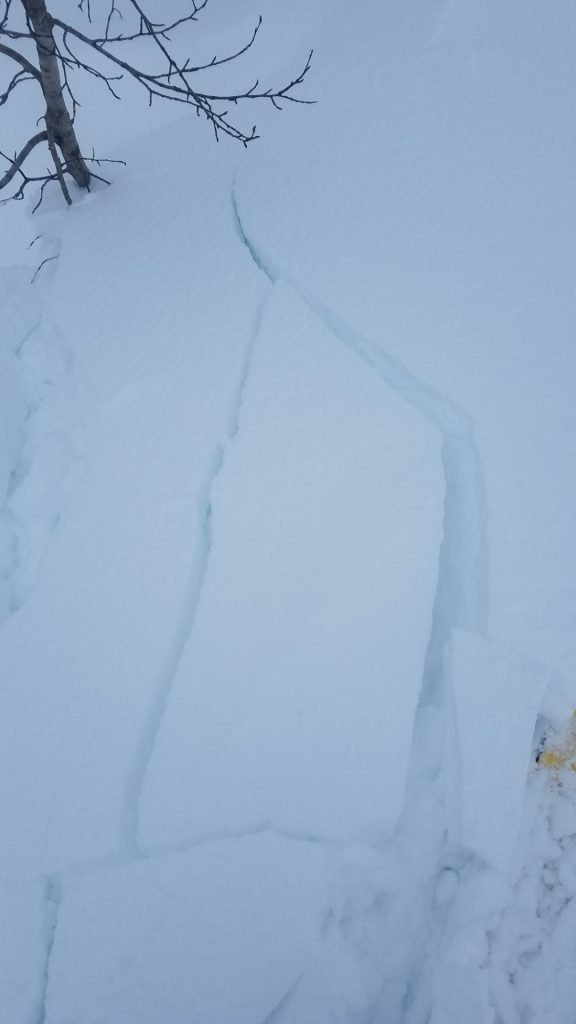 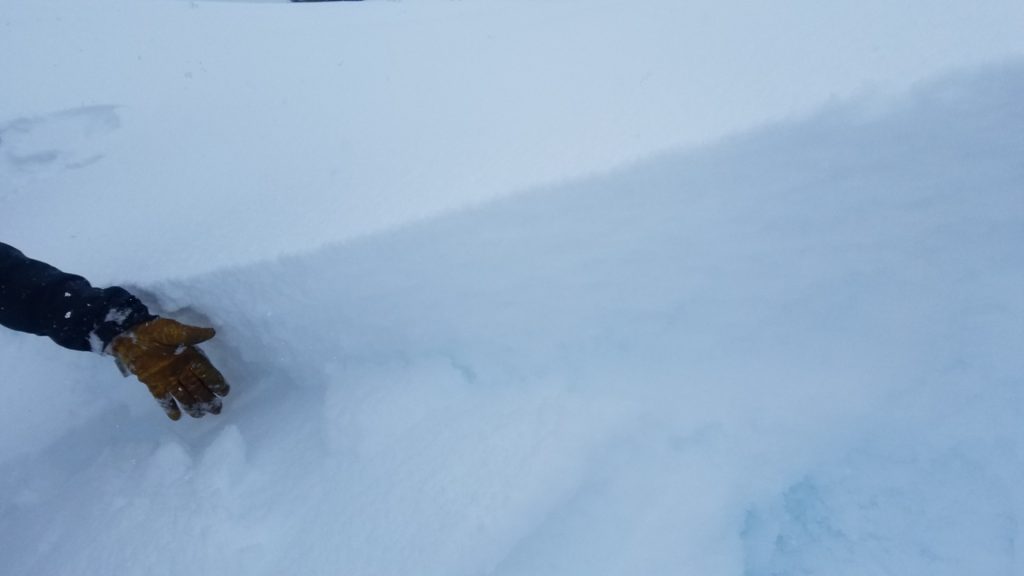 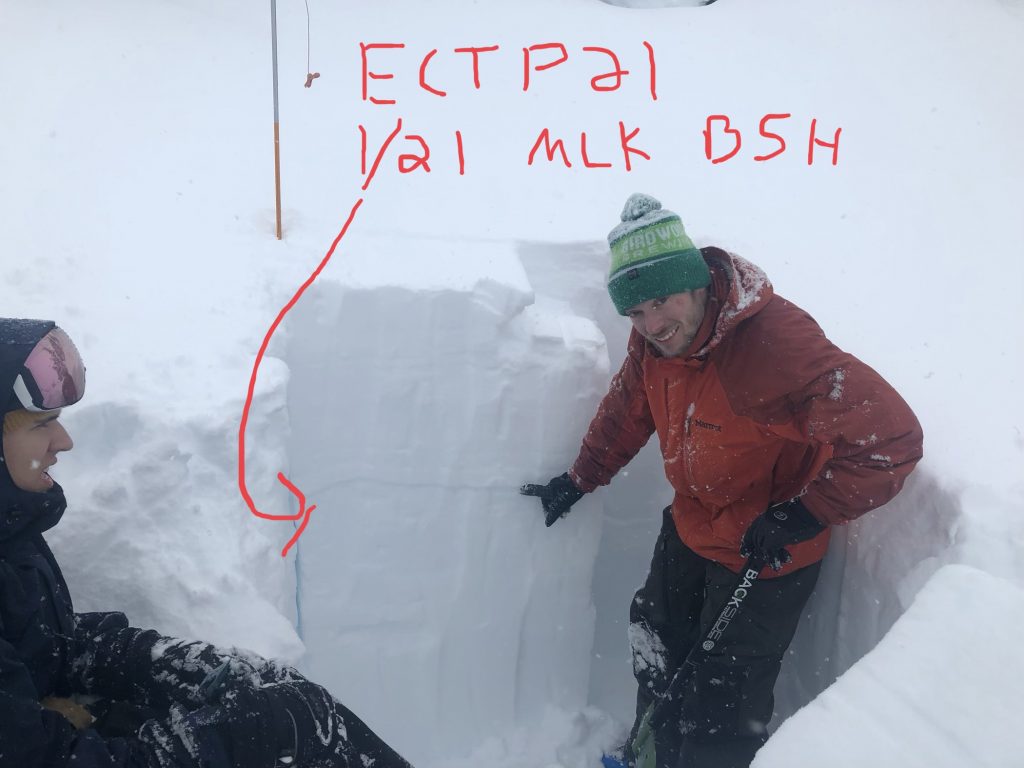 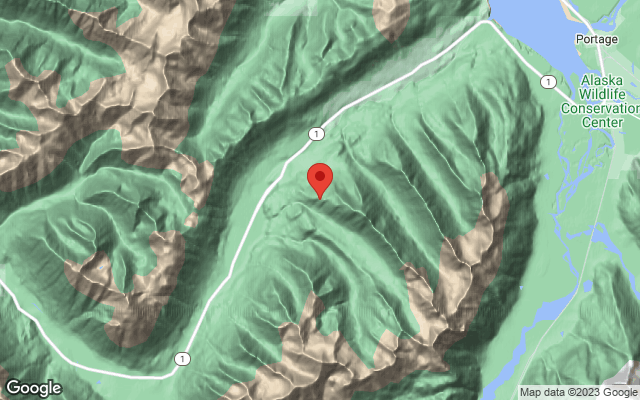