Groups toured up Tincan standard uptrack to 2050′, through the Tincan trees to 1100′, and up Sunburst to 2000′. Was able to locate the January 21 buried surface hoar and facets, and got propagation in some pit results.

Overcast, calm to light wind from the SE, temps in the low 30's, snowing lightly (rimed precipitation particles and graupel) at 1500 hours.

Settled powder. Breakable melt-freeze crust observed on southeast aspects. There is (2-4") wind slab on the SW shoulder of "Hamburger Hill" at ~2000 ft.

Pits among groups were able to locate the January 21 buried surface hoar and facets, and got propagation in some ECT's. 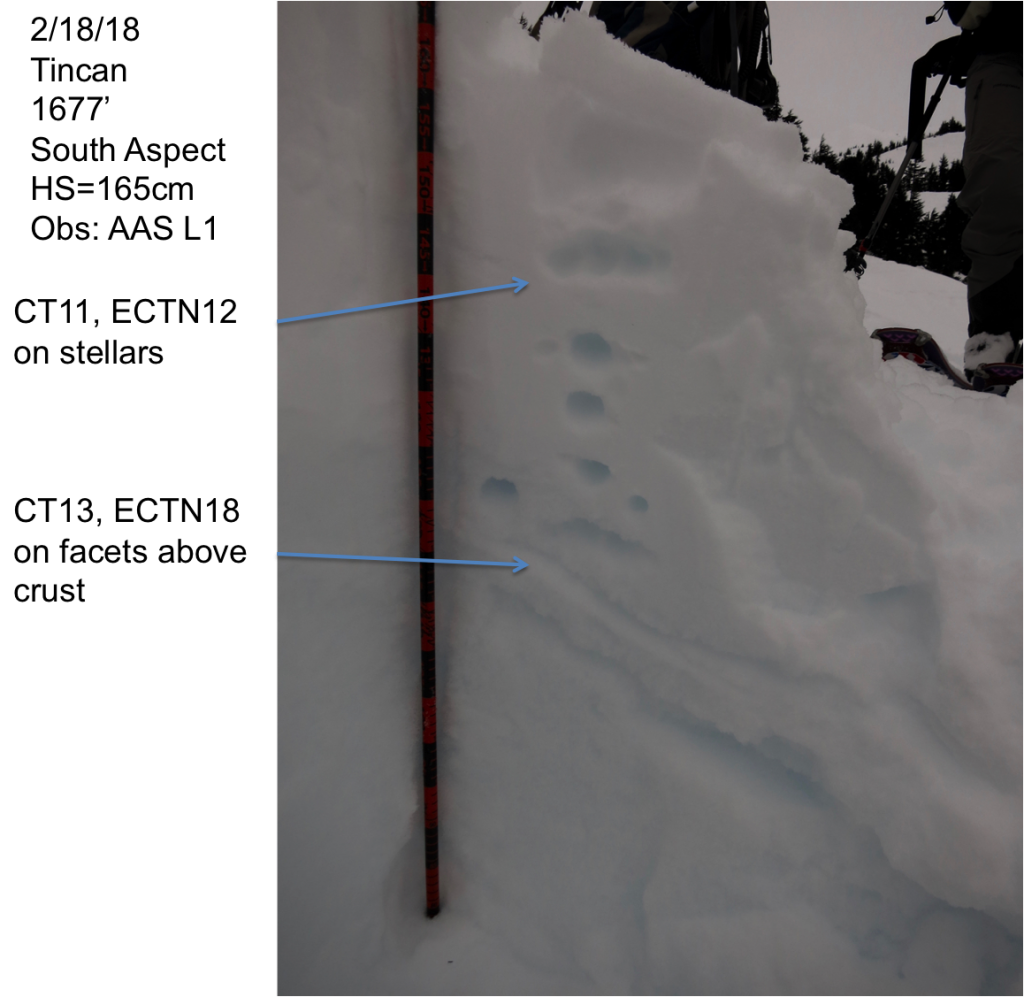 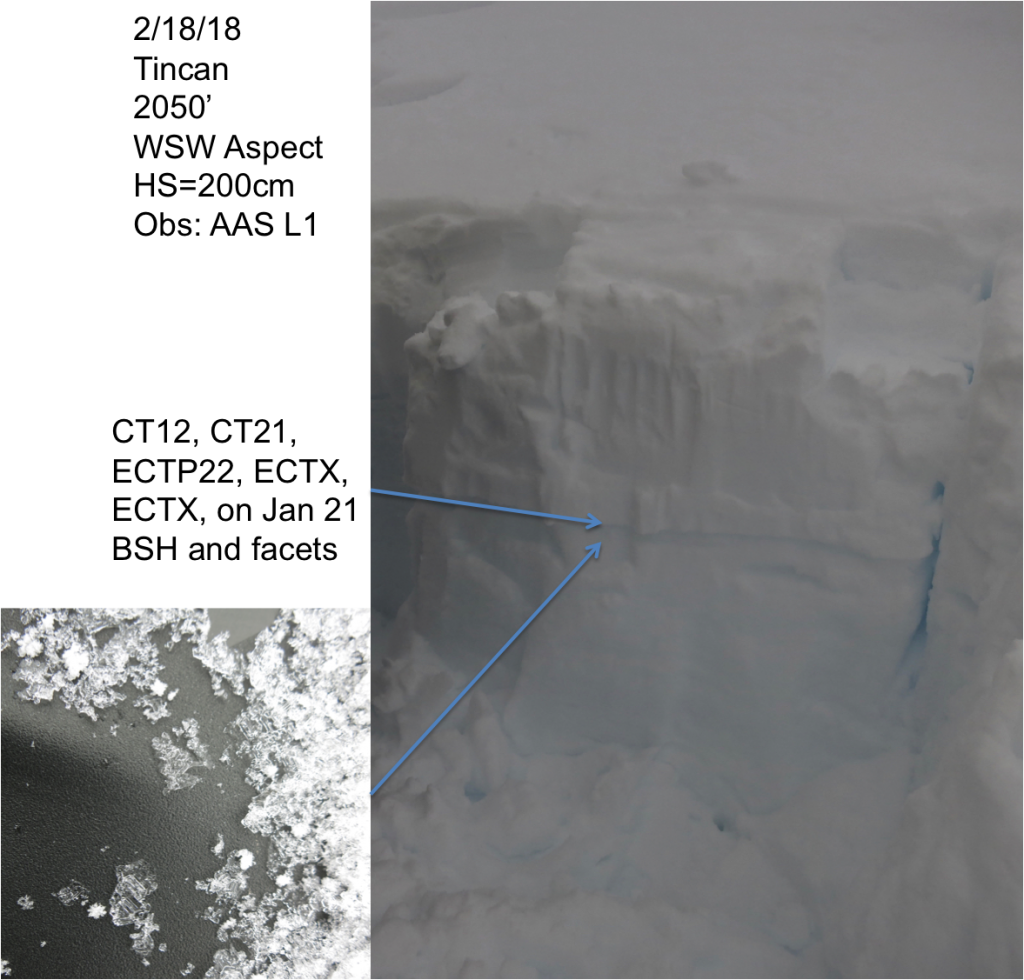 Pit at 2050' on Tincan. Propagation in some pits on Jan 21 buried surface hoar and facets. 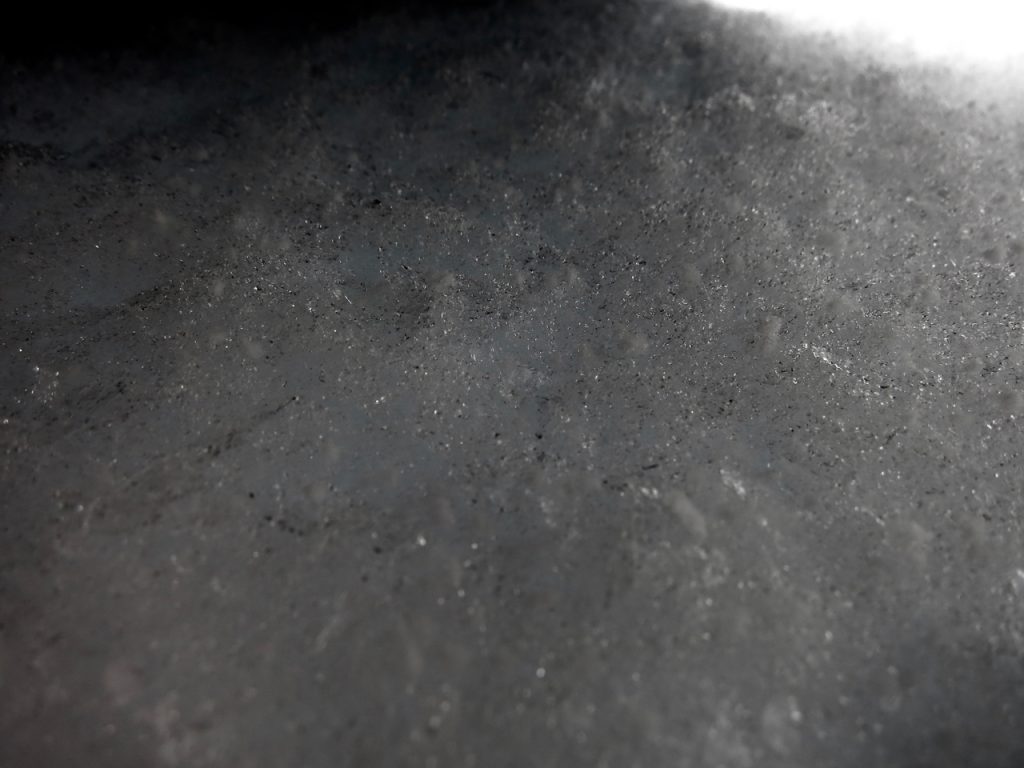 Buried surface hoar and facets found 40 cm below the surface at 2050'. Layer showed some propagation potential in some stability tests. 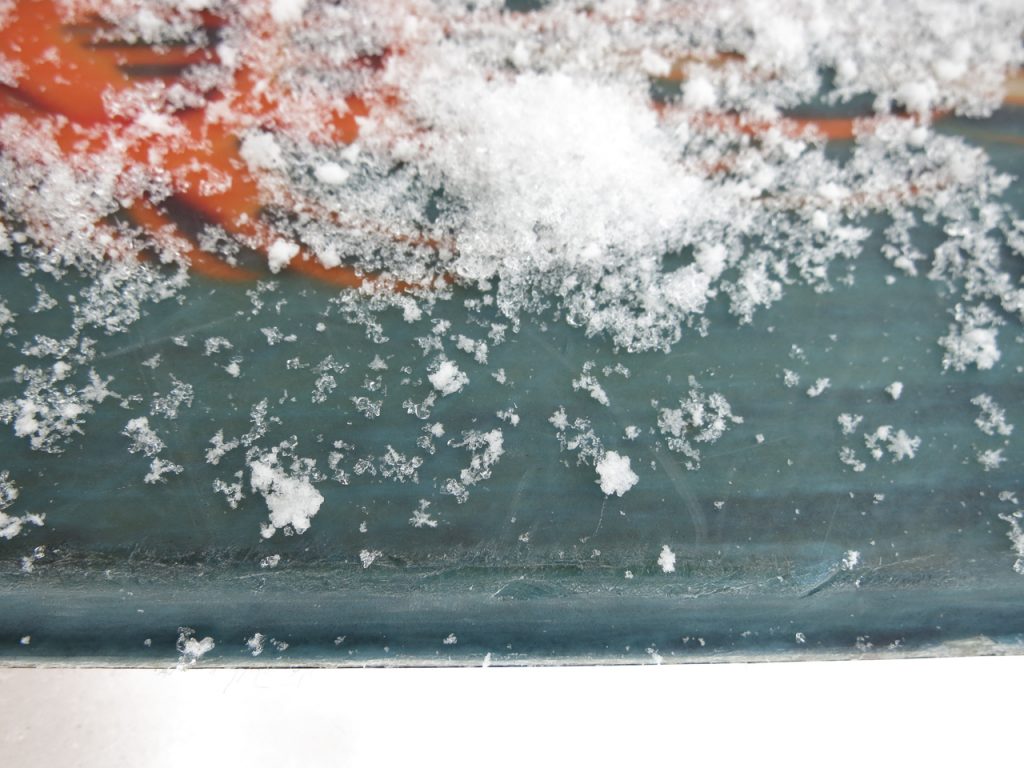