Drove the pass down to Hope junction looking for avalanches then did a quick lap up to treeline on Tincan.

Saw a couple of fresh looking debris piles in gullies at the far southern end of Seattle Ridge, across from the turn for Johnson Pass TH. The debris looked like they were roughly D2 and I am guessing they were wind loaded pockets based on the amount of active wind loading we saw. Couldn't get a good picture.

Light to moderate snowfall above ~700' with rain below that. Winds were howling along Turnagain Arm. At Turnagain Pass winds were light to moderate and temperatures were warm, probably lower 30s F. At treeline on Tincan winds picked up and were actively transporting snow.

Moist new snow, about 3" at TH elevations on top of about 2-3" of very wet snow. It was hard to tell the storm totals because of the wet snow down low and wind effect at treeline. At about 1700' the layer of wet snow buried a few inches below the surface went away there was about 8" total of moist new snow.

We dug a couple pits at treeline 2200' on a SW aspect. The surface snow was wind transported in the location we dug and the total snowpack depth was over 3 m. We had propagation (ECT P 9) on an extended column test underneath the fresh wind slabs. Higher up we were able to get some shooting cracks but most of the steeper rolls we tested did not produce any cracks or avalanches. We did not see recent activity on the nearby ridgelines when the sun poked through in the afternoon. 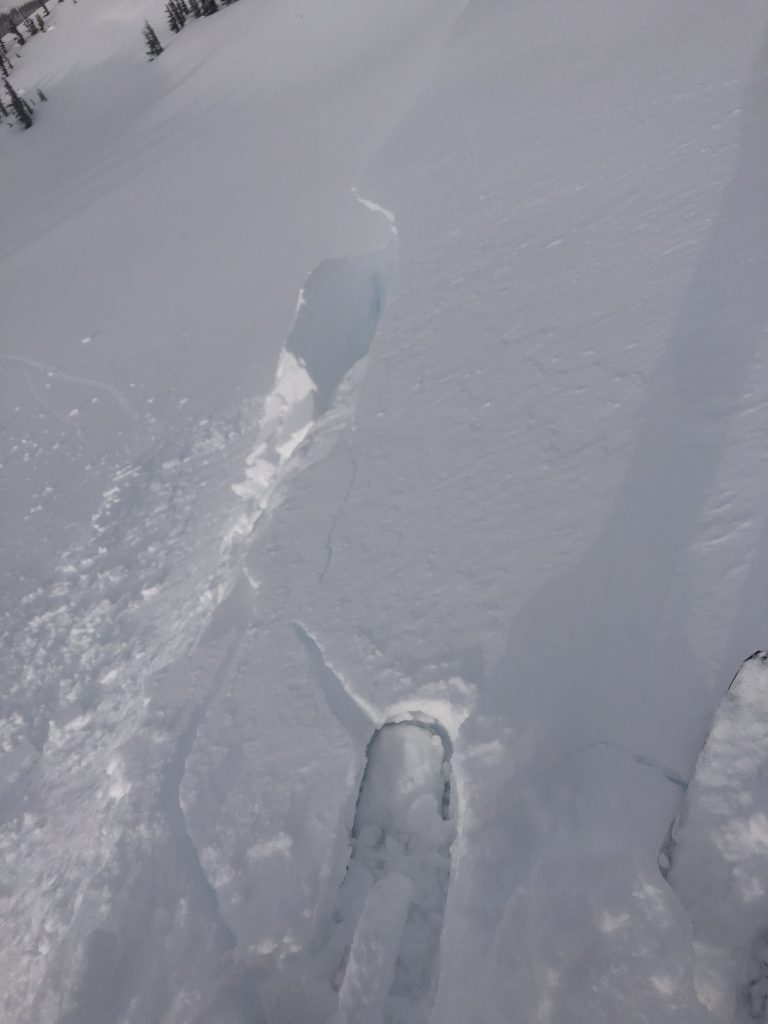 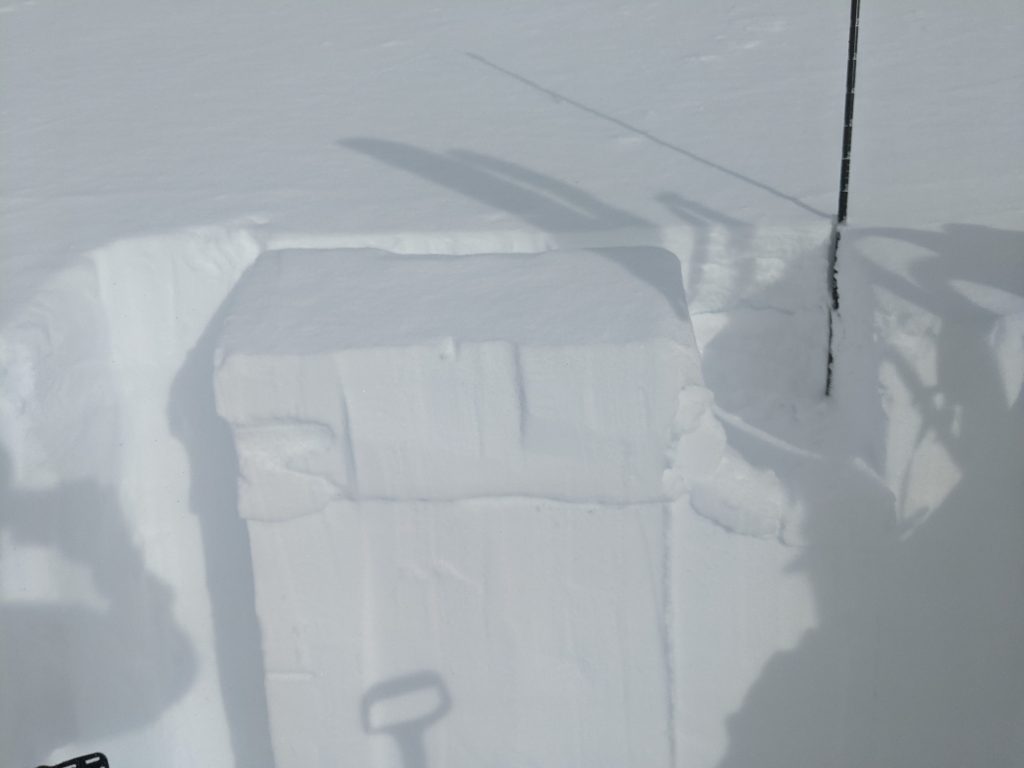 Extended column test propagation on the 9th tap from the wrist (ECT P 9) under the freshly loaded wind slab. 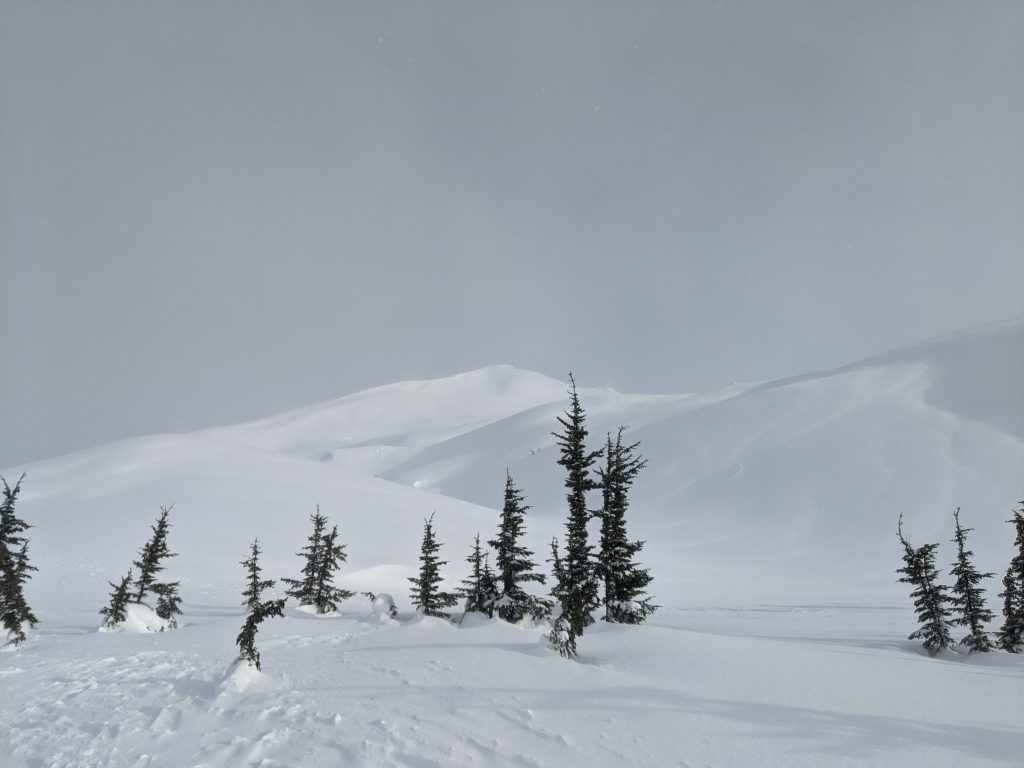 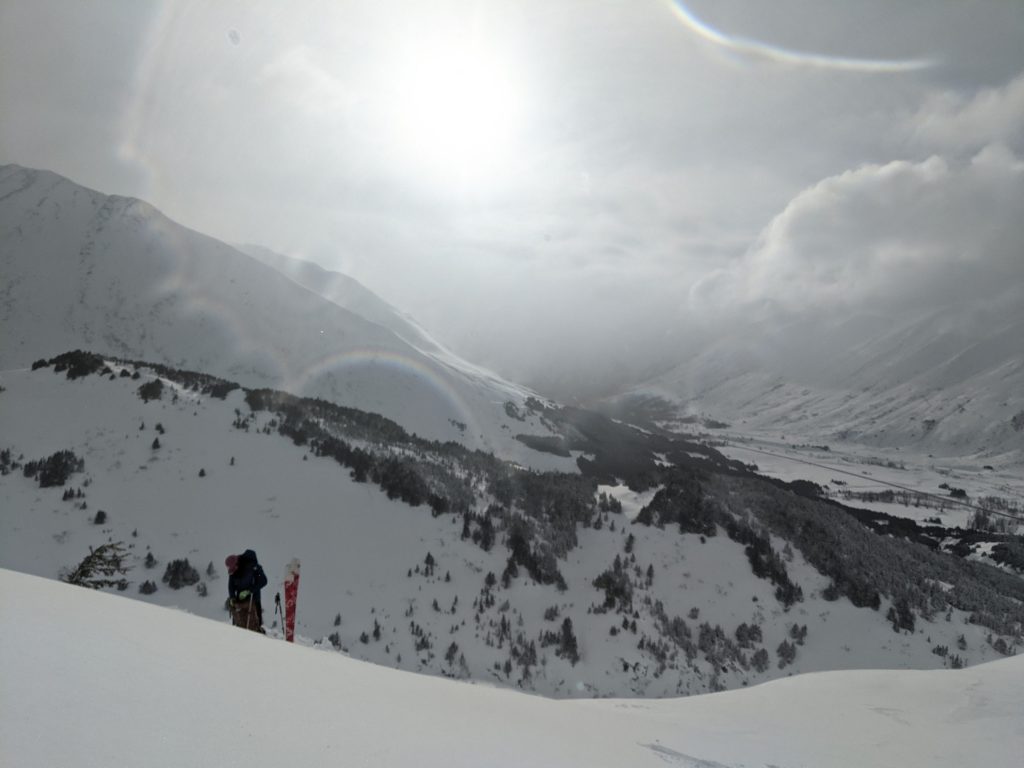 The weather broke just as we stopped to dig some pits. 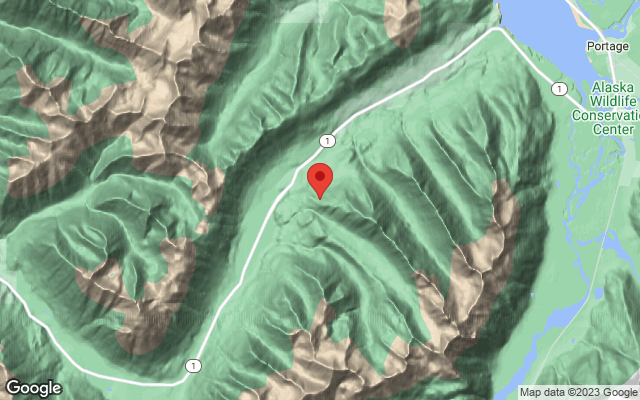