Obvious Signs of Instability:
Recent Avalanches: No, but active glide cracks appearing.
Collapsing: No
Cracking: No

Surface Observations:
We boot packed the first steep pitches due to unruly skinning conditions.
From 2000′ to 2800′ the surface is variable with mostly supportable crust. Skiing conditions were
better than expected (due to low expectations maybe!) but definitely variable with crust/crud.
Crust was more detectable at higher elevations due to lower air temps and cooling wind.
We perfomed Koolaid test at 2800′ and colored water percolated and ran downhill in the top 10
cm of the snowpack.

Below the Surface:
At 2800′ we dug pits on W and S aspects on the ridge line. Variable in depths between wind and
leeward sides (95cm to 230cm) with each layer to the ground moist.
We were able to identify the more recent buried surface hoar layer in our pits (~25-40cm down),
but it was mostly unreactive (except for two results CT 24 SP and CT 22 SP in one of the cluster
of several pits). Our interpretation of instability tests is that snowpack has high strength,
moderate energy. Structural weakness is also getting bogged down with moist snowpack. 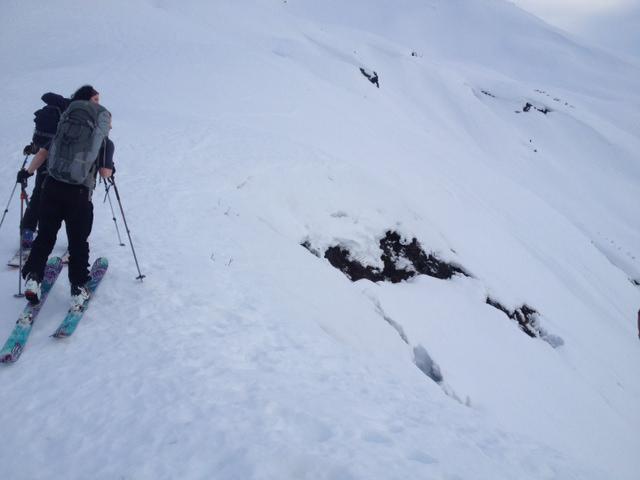 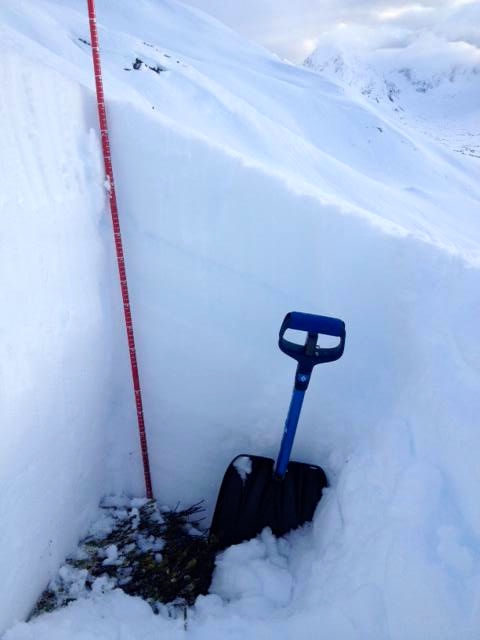 The buried surface hoar is still visible in the pits, i.e 2800' on S face off Tincan uptrack. Lucky for us, it is does not seem to be very talkative. 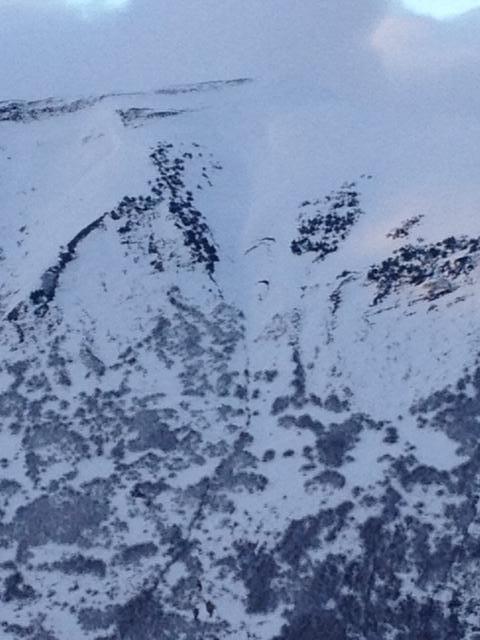 This set of glide cracks on one of Seattle Ridge gullies multiplied during our field outing. That is what I would call an active glide crack growth. 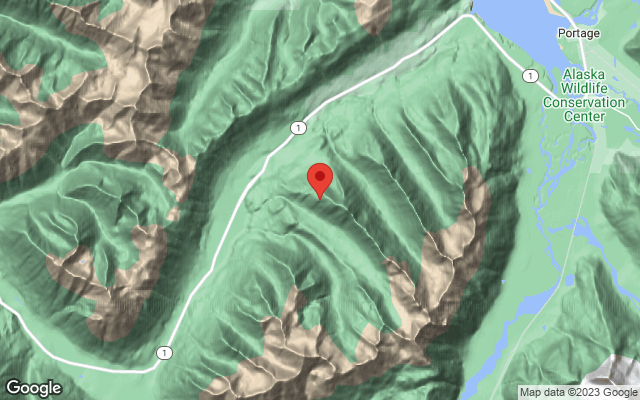