Skiing up on Tincan Ridge today we experienced the following:
(Obvious signs of instability)
-No recent avalanches in the last 48 hrs
-No shooting cracks
-1 medium sized collapse/whoompf @ 2500’on an undisturbed East aspect

Surface Observations:
-Widespread surface hoar up to 3000′ on all aspects
-Highly variable old wind slabs;non-existent in some places & up to 24″ in
others. These slabs are losing their cohesion.
-2 medium sized avalanches on the North side of the ridge that likely ran on
12/13 (SS-N-D2-R2)

It has been 5 days since any significant loading has occurred. 12/11 saw 6″ of
new snow above treeline. On the night of 12/12 winds shifted from east to west
and loaded our new snow onto east facing slopes. We saw a lot of natural and
some human triggered activity immediately following this loading event. Since
then activity has diminished. The slabs that formed on 12/11-12/12 have now
begun to weaken. As this happens the slab become less reactive. At the same
time the weak layers underlying those slabs have had time to adjust to their new
load. What is troubling at this point is that the weak layers we looked at in
detail today are still showing the potential to propagate, i.e. if an avalanche
is initiated there is a good chance that the fracture can travel across
slopes/starting zones and pull out larger masses of snow. At least more than
small point releases or pockets of slab. As time moves on the chance of
initiating an avalanche will diminish, as we have seen activity on the decline.
But we’re not out of the woods. The underlying weak layers are persistent by
nature. If anything they are getting weaker with our clear and cold weather.
The only thing we really have going for us now is the deterioration of our
slabs. Without a cohesive slab we don’t have the basic recipe for a slab
avalanche (Slab, Weak Layer, Terrain & Trigger). The challenge now is to avoid
areas where the slab is still intact and awaiting a trigger (you!)

One final thought; during times like these (cold and clear) it is helpful to map
the snow surface. We observed widespread surface hoar up to 3000′ today. While
that surface is not a current problem, we will need to see how it holds up to
the next loading event. 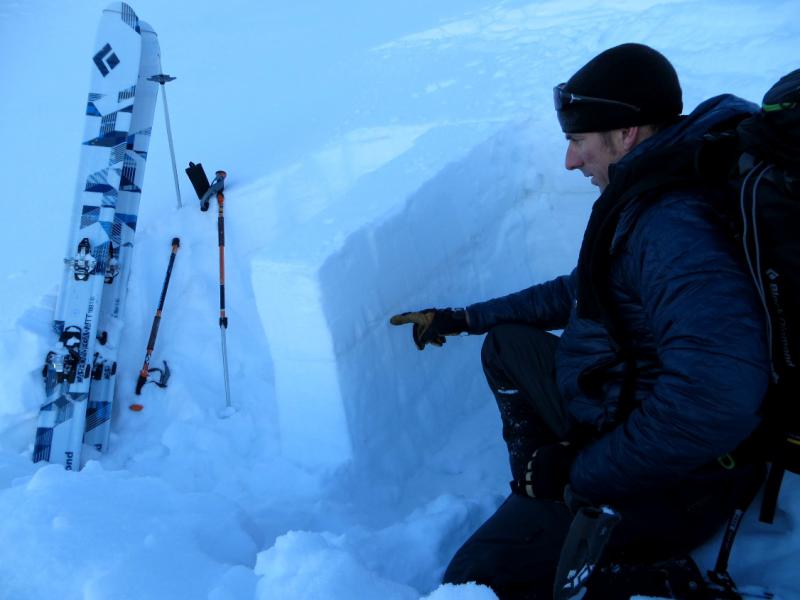 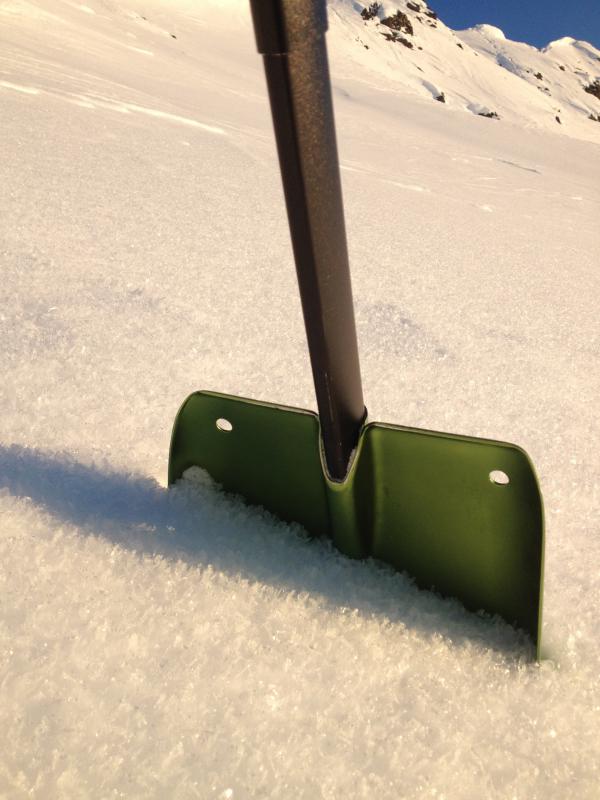