Location: Tincan, off the skin track below common bowl

Beautiful sunny day on Tincan. Took normal skin track up. Light winds, -7 C air temp. Began noticing variable wind crusts and wind affected snow nearing the top of the trees. Above tree line, wind events were evident with the surface also beginning to be affected by sun. Common bowl had clearly seen some wind with anti tracks and pillowy, wind deposited snow. About 3 cm of light, new snow on the surface. We dug a pit just off the skin track below common bowl on a S/SW aspect. First 10cm below the new snow was showing signs of acting as a cohesive layer, but no fractures propagated. CT 21 Q2 failed on the buried surface hoar from January (~40cm below the surface), but no failure in the ECT. Surface hoar crystals are still pretty well preserved. We skied down from our pit and had a great run through the trees where the wind hasn’t impacted the snow.

Pit at about 830m on a S/SW aspect just off the skin track below common bowl.

ECTN 24 Q3 BRK, breaking within the first 10cm layer, which was showing signs of acting like a cohesive slab. CT 21 Q2 RP, fracturing pretty cleanly on the buried surface hoar layer (~40 cm below the surface), but not sliding easily. Also noticeable was an old rain crust about 60cm down that was thick and icy. After wailing on the column in the CT test, there was some fracturing above this layer. 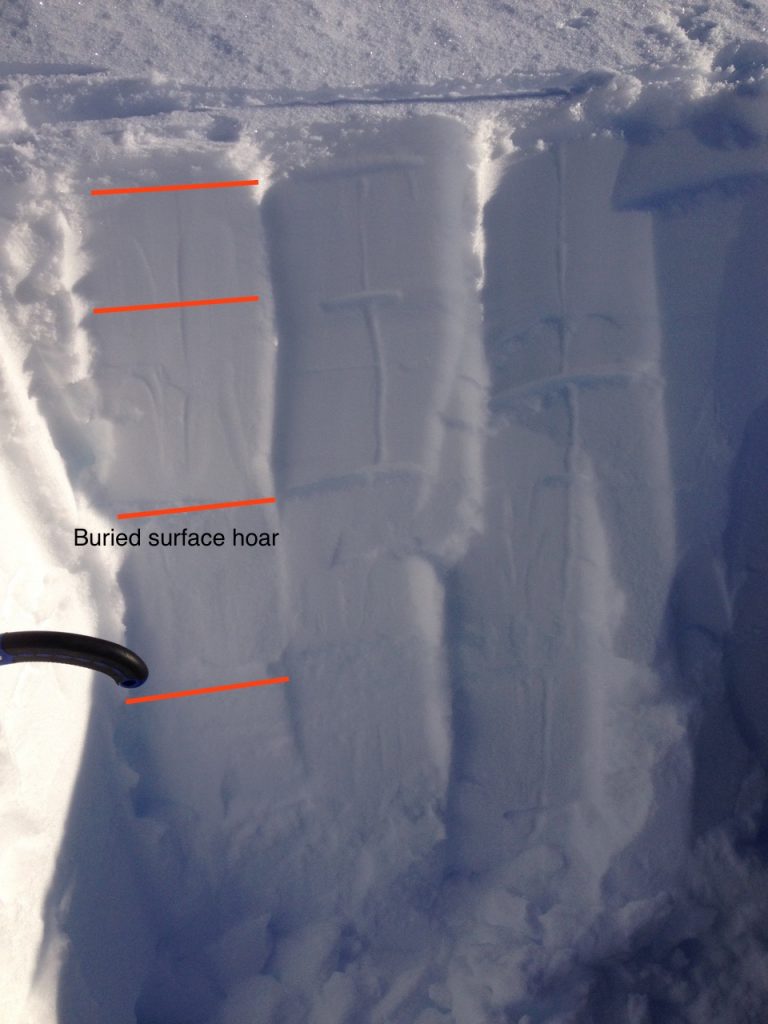 Pit showing the 3 cm of new snow at the surface, then the 10 cm layer which was starting to bond together and act slabby, then the buried surface hoar layer, and finally the rain crust layer. 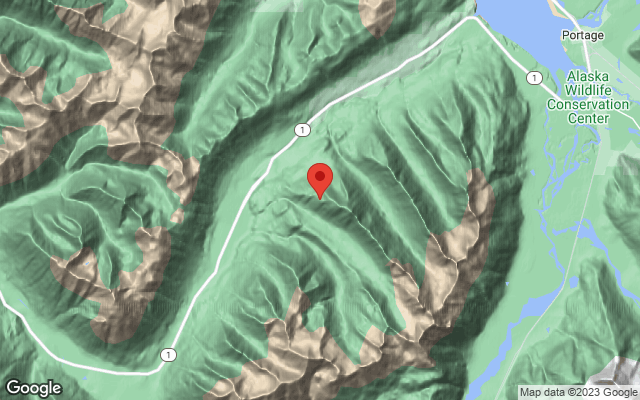